I learn all the more that craft is never developed by a random act or effort but the careful choices in all things pertinent to creativity in the how of how I work. The placing and then placement of material, the placing of the appropriate tool in the appropriate position at the appropriate time. This propriety is the economy of exactness in the order where effort achieves exact results and absolute attention demands and controls all effort. This reality surpasses possibility only by a man and a woman in command of their whole work. That said, it is all too easy to take what I’m saying as some kind of rigid dogma—the exact opposite of what I feel, mean, strive toward and ultimately achieve. 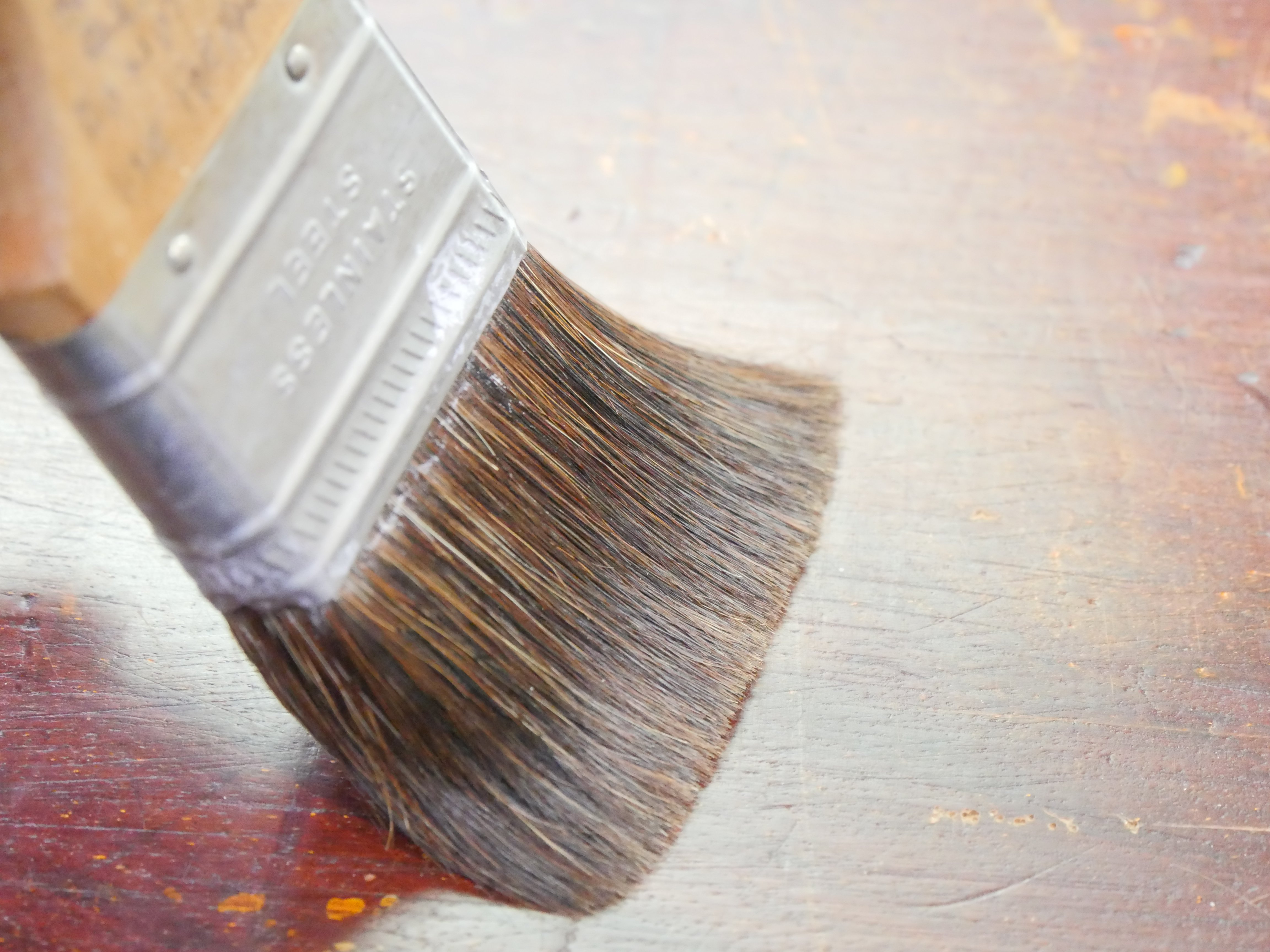 But, with true order and orderliness in mind, I learn all the more that suppleness as well as or combined compliance allows appropriate flexing of effort. What do I man? Well, it’s in the same way a hair brush bends its bristles to an appropriate curve but that the bristles, through bending, all conform to the shape of the head or the shape they are brushing almost seemingly yielding but then, at an exact time, in the flexing, develops increasing levels of tension as a muscle or spring that in its resistance moves on, into and through the hair and establishes order by its own compliance to order. It’s at the very heart of craftsmanship that there lies a core essential we might call supple conformity. It encompasses the flexing and the yielding of the mind and the muscle, the sinew and the energy of a human-being devoted to something we commonly know and refer to simply as workmanship. This workmanship is the submission of dedication leading to a work that comes from and through devotion. It was once a common phenomenon amongst crafting artisans who worked by their hand. These were artists in craft. 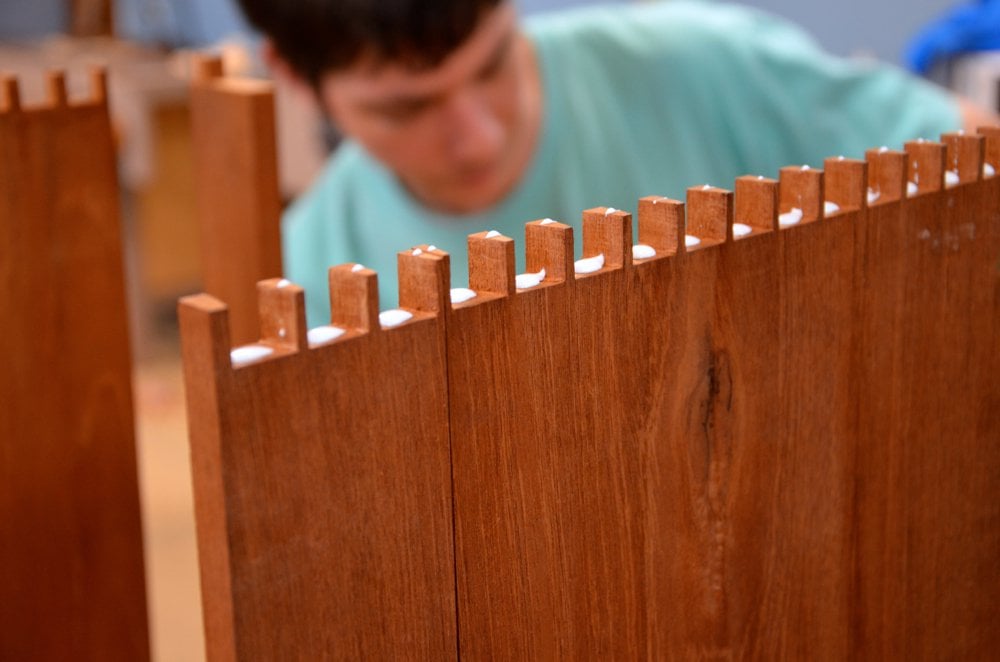 Craft therefore can be read more as order opposing disorder to refine and redefine disorder and randomness as opposed to the allowing of randomness. Craft is always about creating order and making what is raw refined by some level or degree. Craft in the working of wood is always a reductive process that builds and creates energy from energy by reduction. Not all crafts are reductive but all crafts refine. Refining and refinement is to bring order to disorder and what might otherwise be a random wildness. The building of a house, the development of a garden is to possess order by crafting each part and being the author of it. When you are the author of it you usually have some level of authority over it. Author and authority are synonymous, as are design and designate. 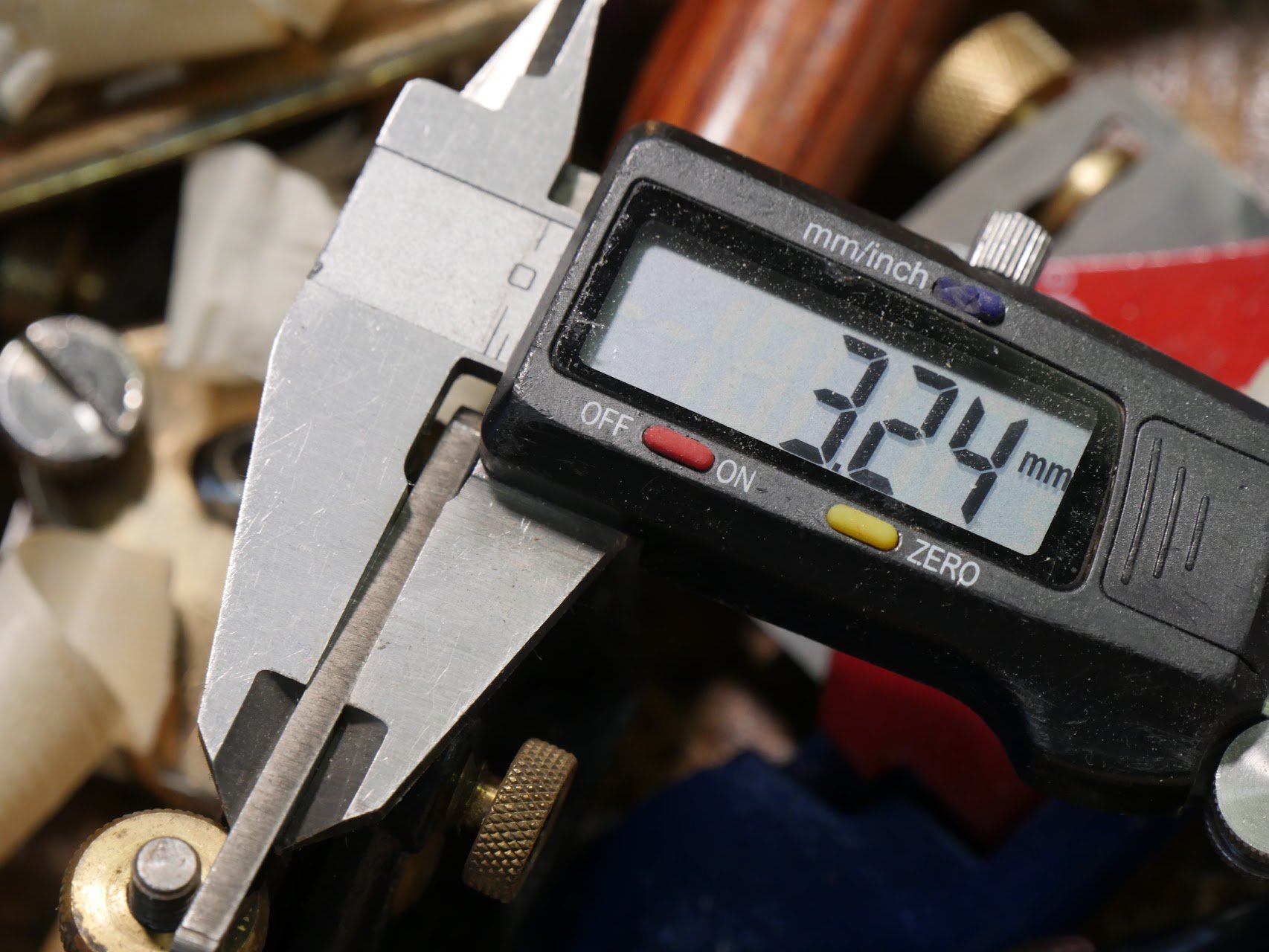 So it is in every craft form that any person learning to become a crafting artisan is learning how to put things in order; the placing of the appropriate tool, the shaping and placing of appropriate materials and applying the appropriate physical and emotional input, pressures to determine a very specific outcome according to those emotional stimuli. This is how to become a craftsman and artisan. Few in our culture know and understand the significance of craft in the development of appropriate order beyond the most basic of things because so few know the value of craft and the crafting of appropriate things by appropriate methods to use in life. When we have not established patterns for living and working, chaos can prevail for a while. Usually, step by step, we stop climbing over our allowed chaos and begin organising the things we need and use. From that epicentre of order we can make changes to the otherwise opposite extreme and bring that to order. This takes crafting and becomes crafting.

In my working I search for order—appropriate patterns of work if you like—where I have laid everything out in preparedness. I learned this from my mother, an orderly seamstress working full time in making fine clothes by hand. Order for her and subsequently for me was indeed implicit. I never recall once her work table being disordered. My father too was an orderly, military trained man who from age 17 served in a major world war. He had patterns he lived by even though never a craftsman as such. His gift was administrative.

In my youth, when attitudes are formed rightly and wrongly, I saw men work alongside one another in clean, clear order. Some had polished shoes freshly cleaned every day without fail and even their overalls and aprons were pressed and clean at the start of the week. Tools were in order, always, and, though they became less so as they worked, every hour so they stopped, considered their creative workspace, and stowed or placed their tools and equipment ready for working to the right side of the vise. Some were sharpened at that time and adjusted ready to task. At the end of the first adjusted stroke, fingers traced the plane’s sole surface and throat for two things, sharpness and set. This common ritual all men did and did identically. When all the elements were totally aligned, the ensuing work seemed to me unparalleled. We all shared something unspoken, but we shared it. 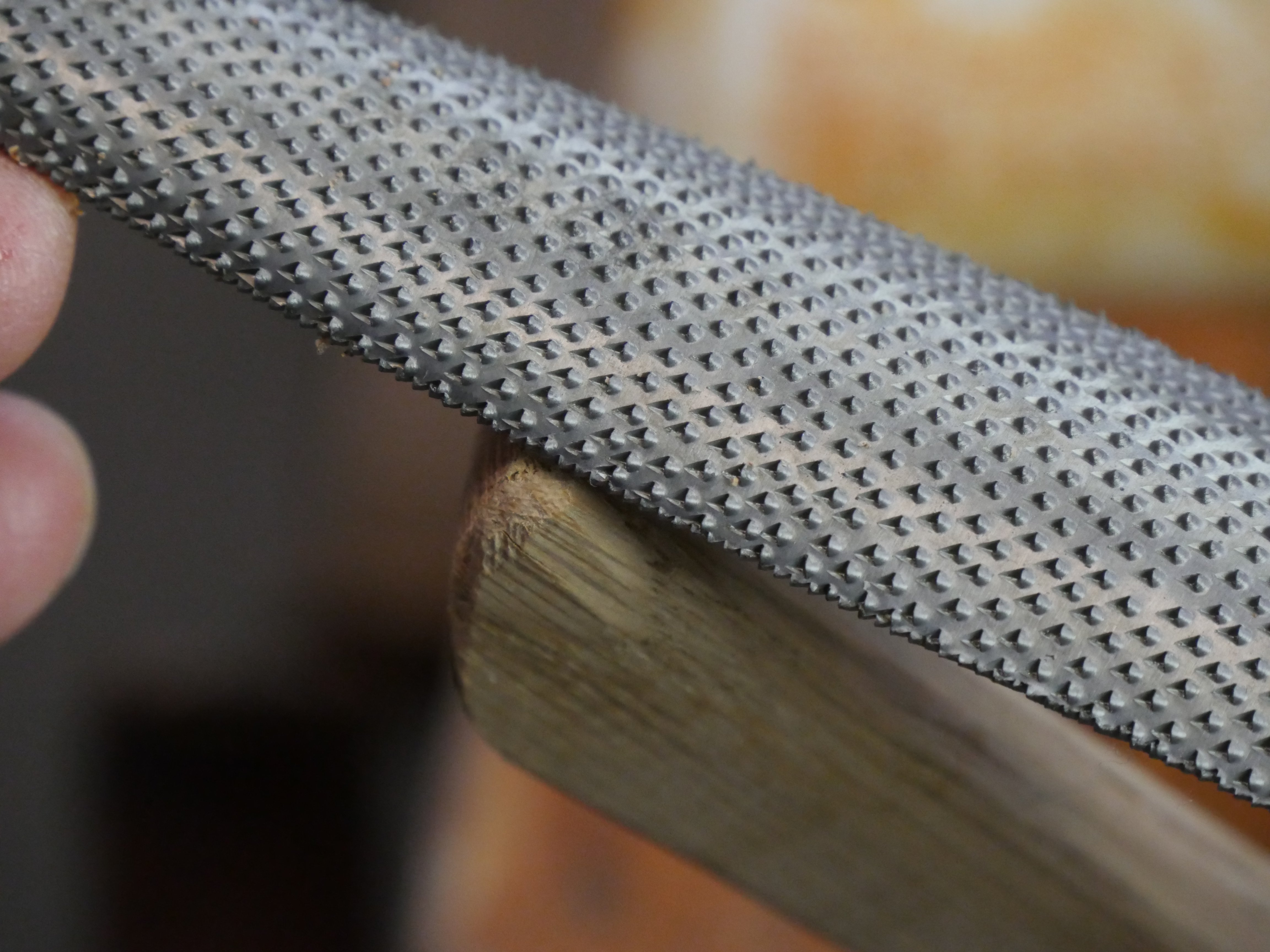 The patterns of order soon become intrinsic to working artisans. When people move too fast in their work it’s mostly because of impatience, but sometimes lack of self control. This is never the way of art and order but more likely lack of flex. Sometimes, all too often, they want the work part to be over because they never learned to value the constraints of processing order, recognising its necessity and working within those constraining elements. Mostly this is rigidity and the lacking of suppleness and compliance. When this is missing, mistakes often follow. My work is quick and efficient not because I rush the work but because I am experienced in working efficiently using the appropriate pressures that give direction and efficiency to the work. That doesn’t mean I don’t make mistakes. The mistakes are made no matter. That’s my view. Mastery resulting in efficiency must be established, worked for and learned. When someone says handwork is too slow, it’s not because they actually know this by experience usually or even have other methods that are fast, it’s because they never mastered the art of work and particular elements of handwork especially. That’s been my experience. I know many times in my life where men rushed so they could simply stop working. They were shirkers. I knew too such men who didn’t go to work to work but went specifically to not work as much as possible. Such men drain life away. As I became a craftsman in my own right I refused to work with lazy men. 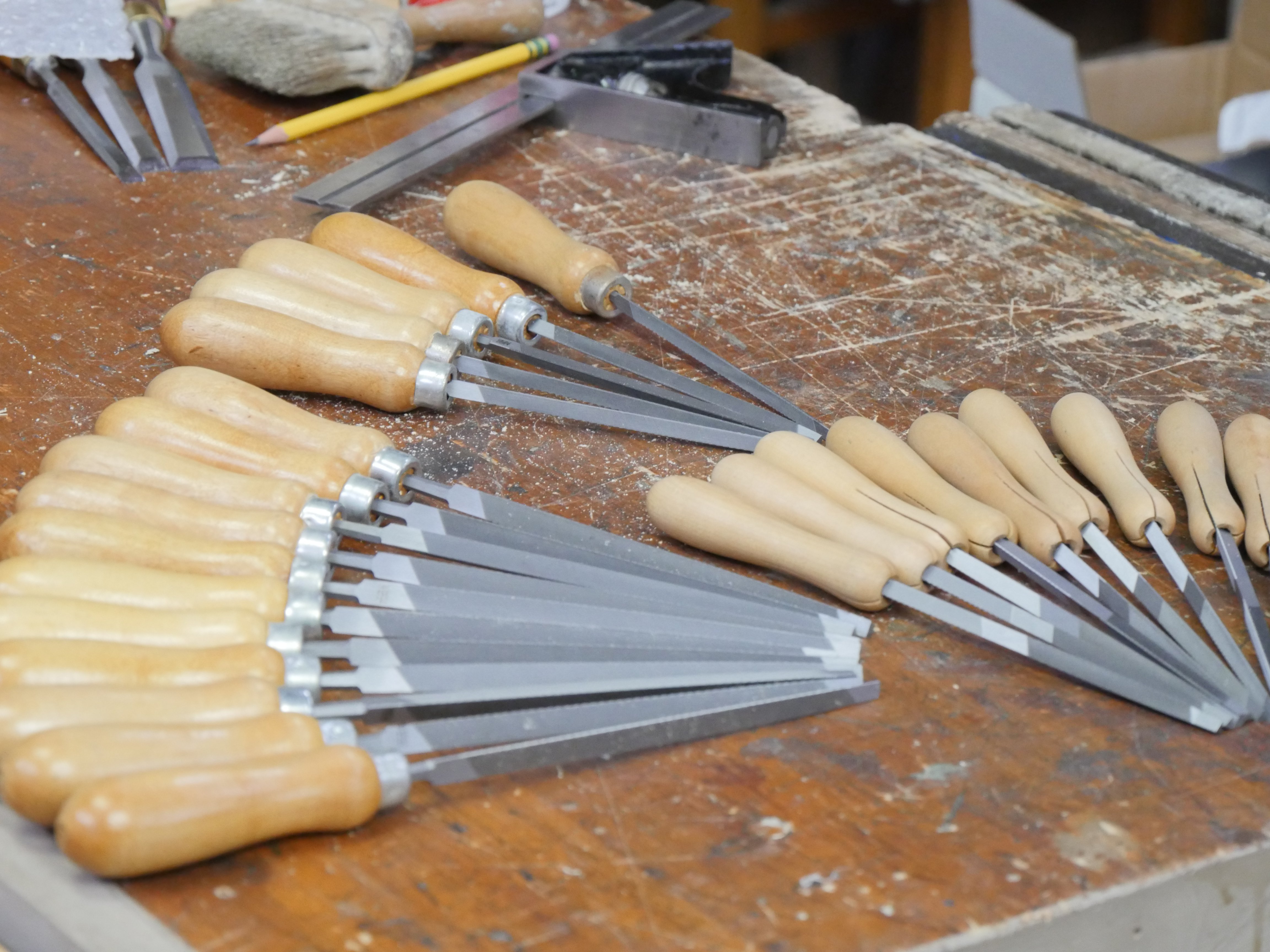 When you do understand that work demands order and orderliness you yield your unwillingness to unstructured periods and put in order what is disorderly. By disorder I mean an unsharp plane or saw, a chipped cutting edge that leaves tramlines that testify against you in the same way rust and roughness do when unresolved. Neatness and order soon become an extension of who you are when you learn how to prioritise the disorder and strive to reconcile displaced items. Of course things are allowed to be disorderly as you work, not too much, just a little. Mostly it’s to do with tools too many on the bench. I don’t mind that. Each person chooses his and her time for restoring order and reconciliation, but best not to let it be too late. Your wellbeing deteriorates if you neglect order. 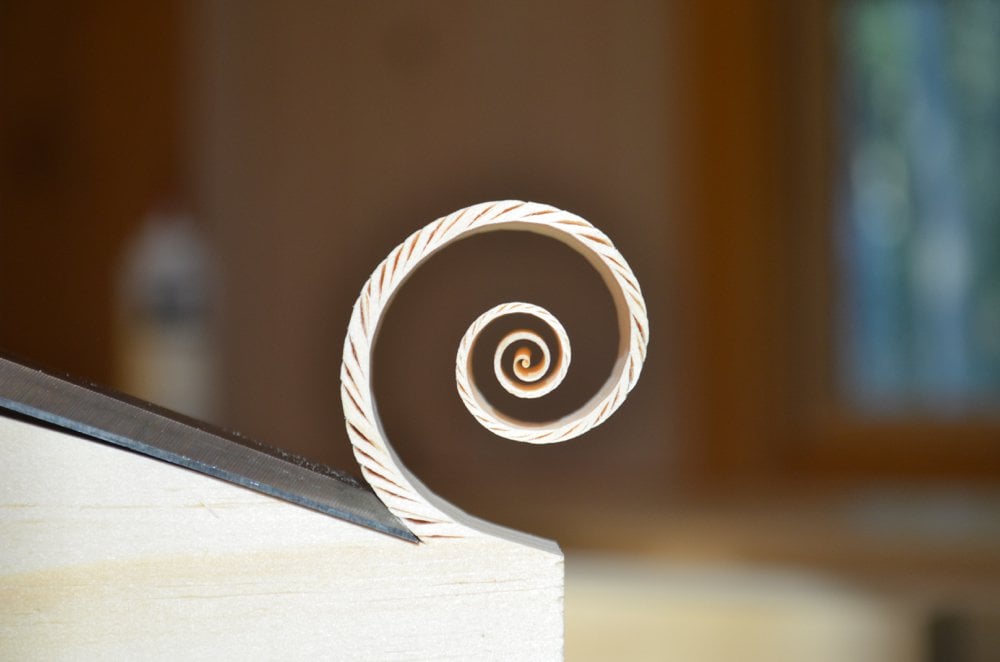 As I work I try to check myself for any buildup of attitude toward order I find that my body tenses and tension builds. Something has to give. I’ve learned to yield to rest from tasks and take time to bring things into order. I should have learned more of this when I was younger, but no matter, I did learn it and have it now. Tidying is my detox time. Just leaving my creative space to bring order for ten minutes is a great commodity second only to taking time with family and friends. Drinking tea together was very much a part of my youth at work. As an apprentice I left the workshop and came back with pint pots filled with tea for ten men. Today it no longer happens because of instants and individualities. It is more about individualism than commonality, but tea in the zones I worked was a great leveller whereas cappuccinos and lattes, Darjeeling and Earl grey seem only to divide. Anyway, it’s important to stop working, share thoughts and speak together. Phones and devices have mostly dealt the harshest blow to shared space as people don headphones to isolate themselves from any obligation to share Once or twice a day is good for sharing with someone but I doubt I will ever see 12 men gathered on stools made by the same men around a giant bandsaw to speak and eat lunch, read the news and throw up their hands in despair. 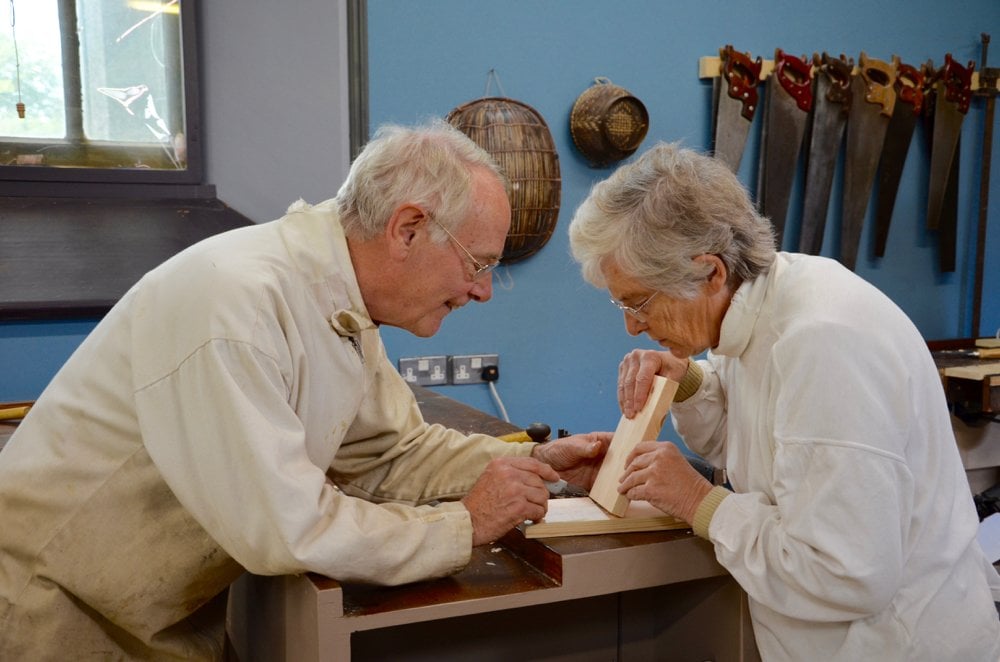 Even texting can be good as long as you think of what you want to share. Thoughtfulness is not an industry standard in craft, it is an essential self-management skill. Here we condition ourselves to contemplate the result of our working, our working with others and our searching for the right order. Listening for life beyond our work zone and creative space is as equal a task as any other. Seasons have sounds we easily and often become oblivious to. More than that, pockets of silence, I mean self-silence, refills us and revives us in the same way people take a power nap or a power walk. Being still in thoughtfulness and silence rejuvenates our spirits, relieves pressures and removes the kinks in our attitudes. Even sharpening and setting our tools rejuvenates us because we sense orderliness that leads to good work. These points or pockets in time are restorative. They bring sanity to use in inexplicable ways that need no explaining anyway. These are all things I love to do now. It makes me one with everything surrounding me. One day industry will reach the same revelation I hope. I think sometimes it’s not so much time off we need but time to be pliable and considerate.