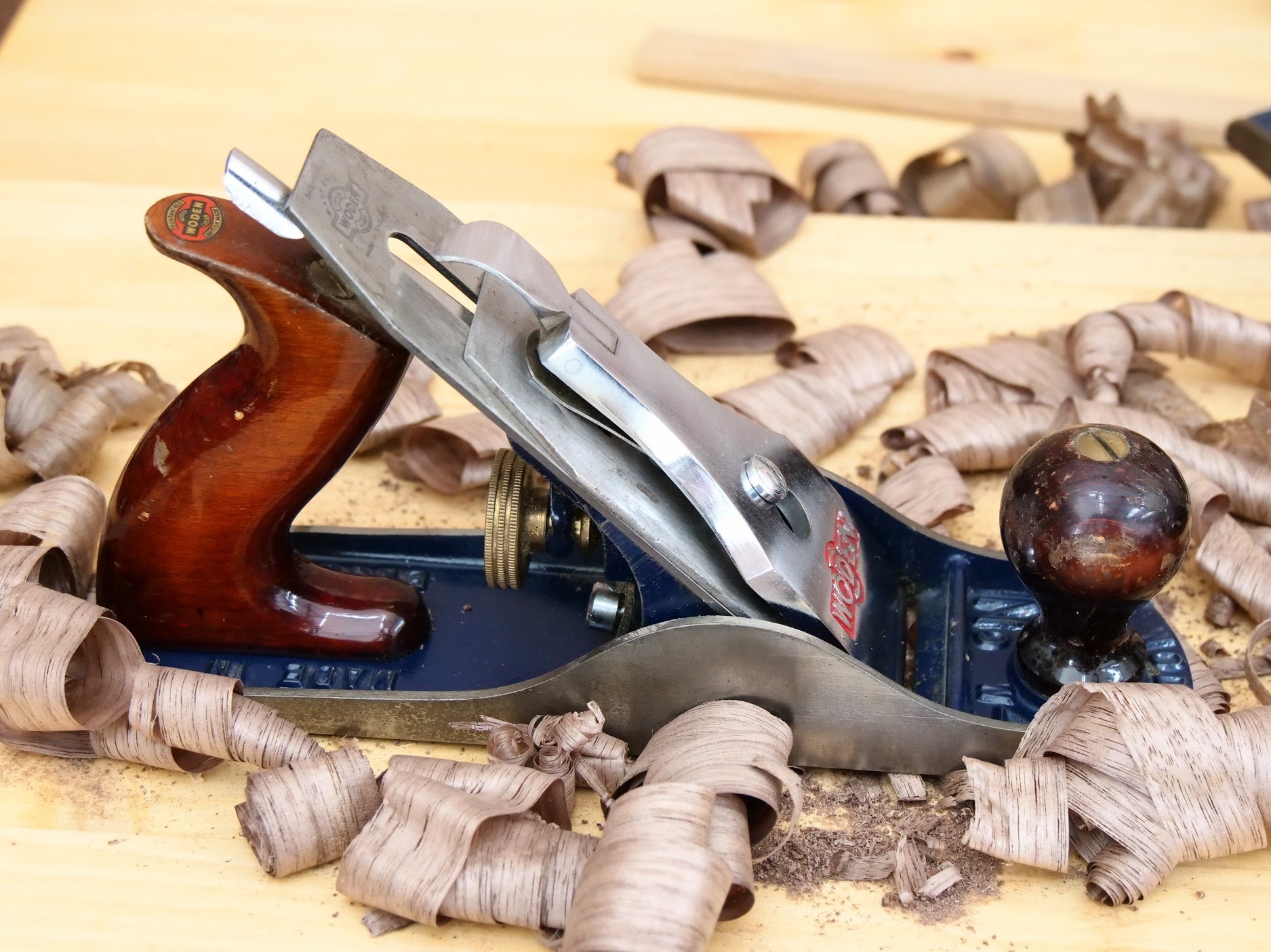 I use a variety of hand planes, bench planes actually, in the day to day of making, writing and filming because on the one hand I want to use what people can get hold of and afford at a reasonable price and I tend feel a little nauseous when snobbism displaces proven technologies that worked for centuries.This kind of creeping culture went unchallenged until I asked the question, what’s happening to my craft. Personally I found it quite damaging and very unhelpful. It’s well proven to a world-wide audience that all well-sharpened, well-set planes will work and work well, with only an odd few exceptions, which has indeed meant that more people today recognise that you don’t need much fancy stuff to create the very finest of fine woodworking. 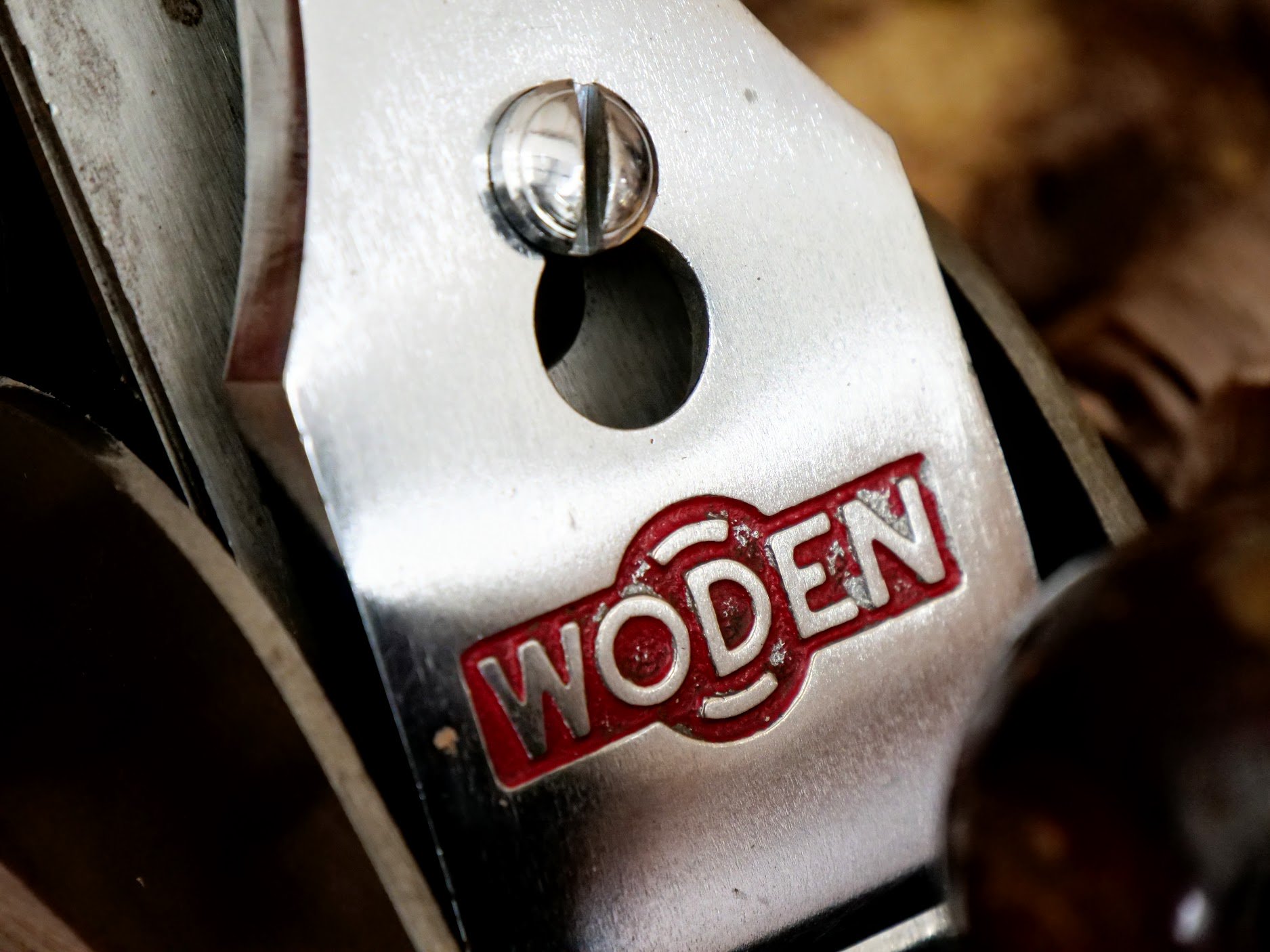 With that said, one of the working-man’s planes of its day remains a favourite of the bench plane range for me, it’s the Woden plane. Some have said that the Woden, bought out by the former Record tool company, was a sort of lesser grade almost seconds plane but that was very far from true. Woden bench planes were robustly made without being crude in any way. They do need a little minor fettling, a result of poor Sheffield standards of manufacture that prevailed at the time, but not as much as the Stanley or Record models. When you lift a Woden it just feels solid and vibration free. That’s because they never went with plastic handles mostly but they also vary slightly in weight, some being ever so slightly heavier or lighter. Either way, they still retain the versatility I prefer from using lighter weight models. 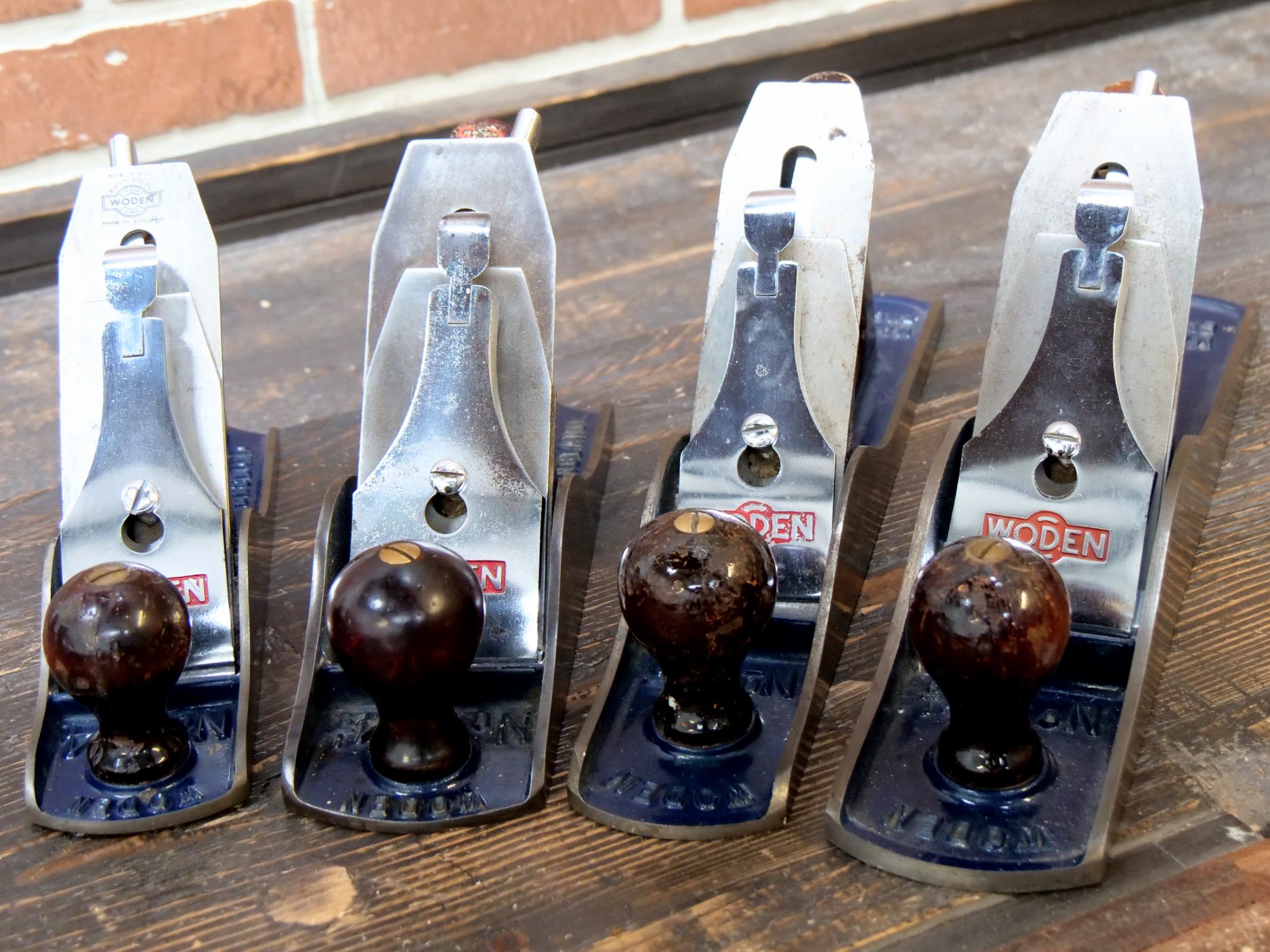 Of course, because they are getting less common on eBay and such, the prices have risen and we are likely to see less of them, but I wanted to acknowledge this long-gone-maker for its contribution to the world of woodworking.  I don’t want to cause confusion because I still and always will love and rely on my Stanleys and Records, which I do generally reach for and make with as a rule. Of course my models are the older models new in my 1960’s. I am glad that modern makers capitalised on the flawed perspectives of British makers of the post 60s era. By developing better engineering standards and taking care of the basics, flattening soles, squaring sides, tighter thread tolerances and then sanding handles to a better finish a new market opened up. 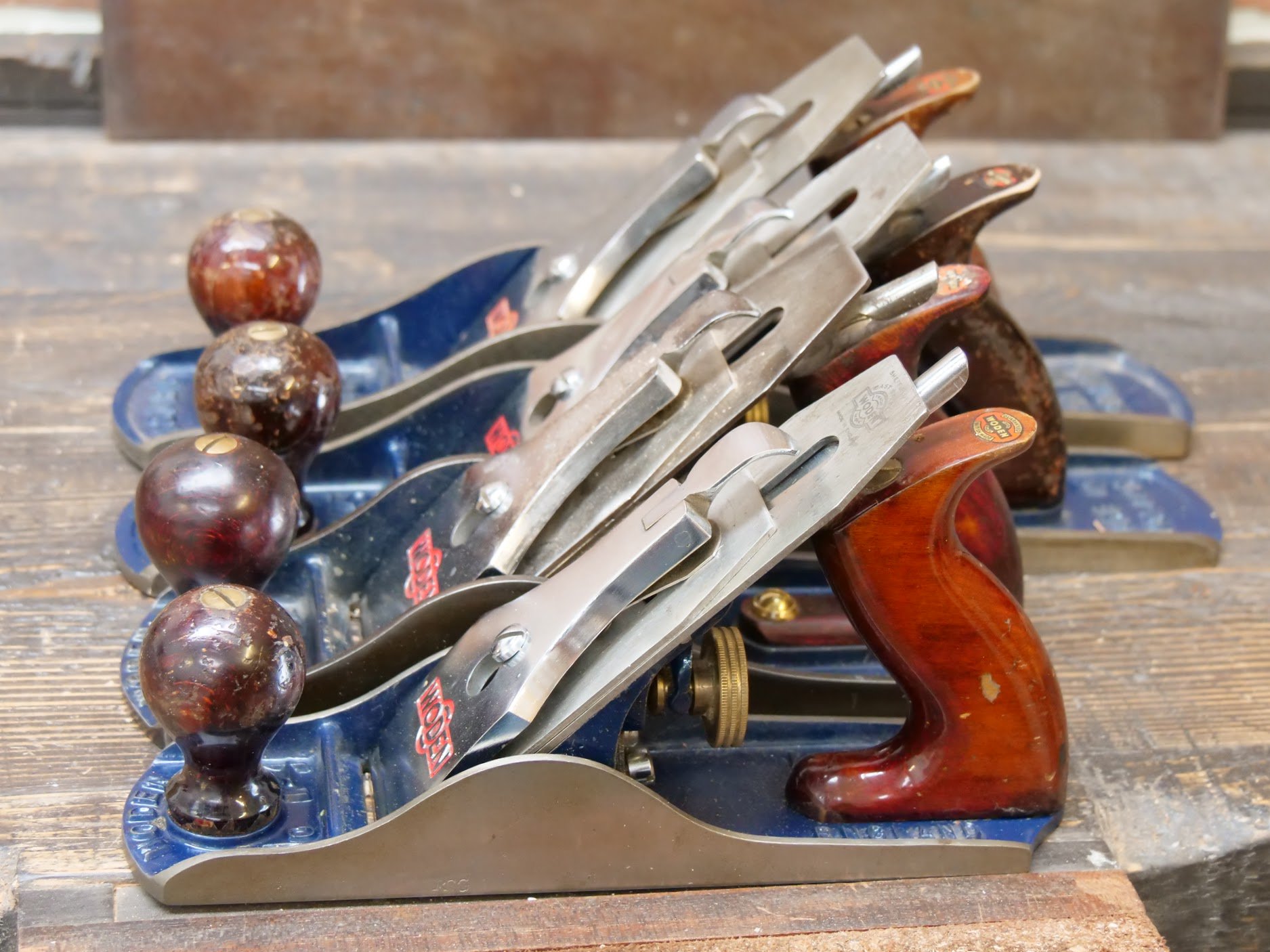 I know. What’s the use in telling you about planes you can’t easily get. Well happenstance happens. One time, whilst living in the UK, I was about to teach a course in Upstate New York and a Woden #4 came up on eBay from someone living I think in Boston. I bought it for $19us and had it shipped to a friend’s house. 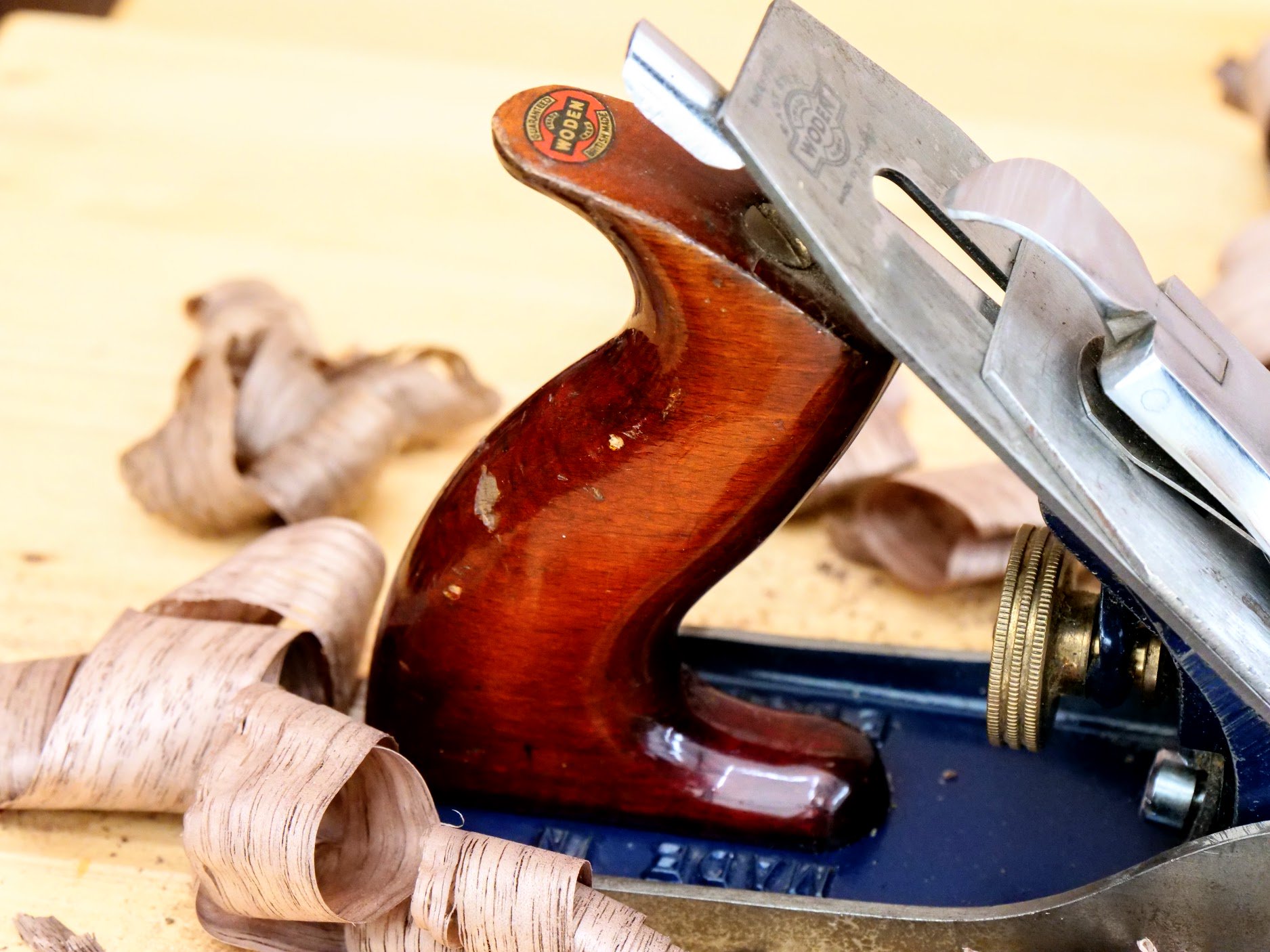 We will never know why the better model was ditched. Most likely we entered the era when the use of planes diminished almost altogether. People had also relied on the Stanley and Record names for a century. All engineering standards in Britain’s plane making industries entered the careless era and it is what it is. Thankfully the better made models of Stanley, Record and Woden were plentiful enough to keep cycling though and we will always have them with us I am sure of that. Currently they sell for fair market prices and I think that will always be the way. 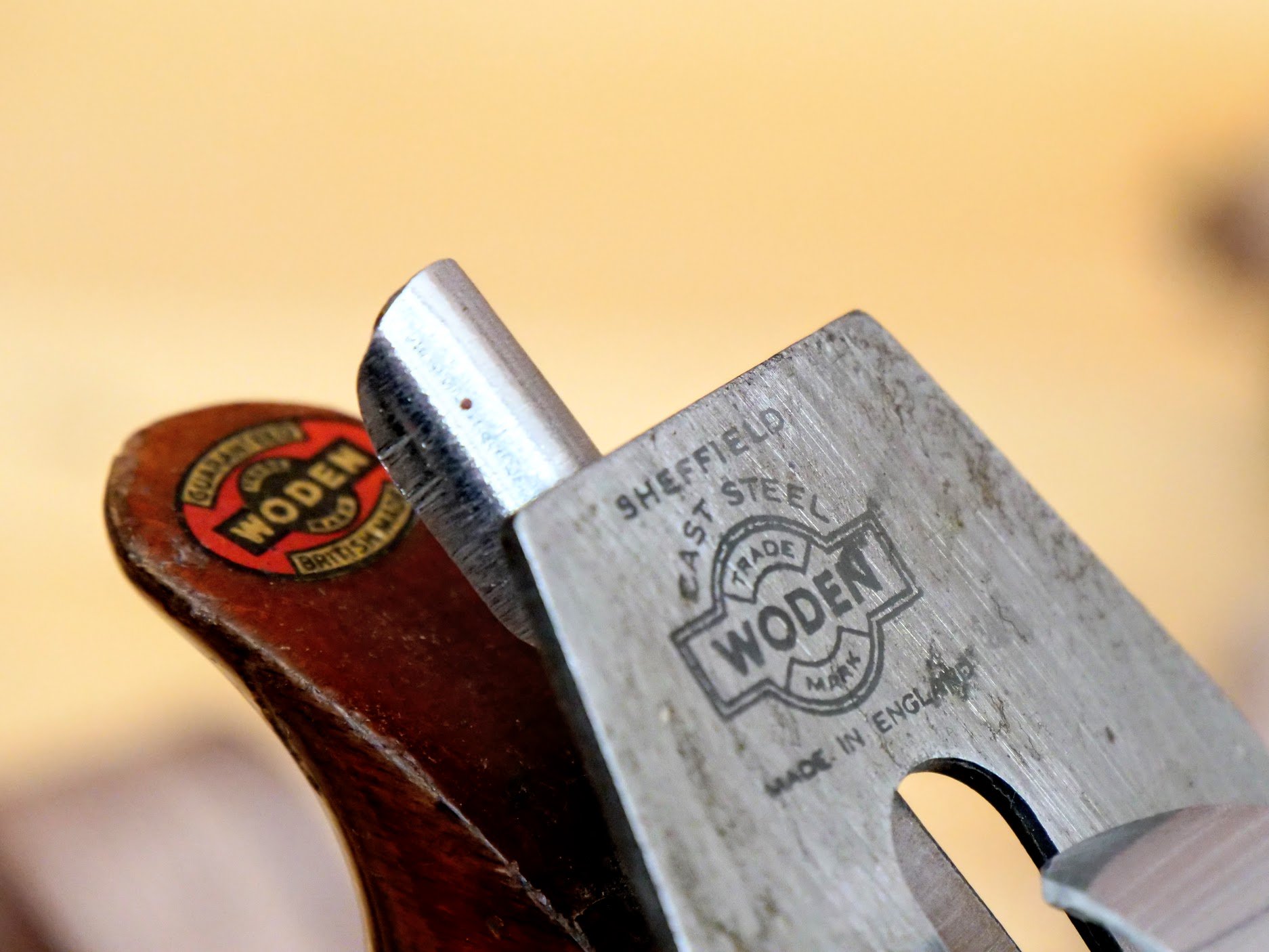