Of course you can’t uncare because ‘uncare’ is not a verb, and generally we use ‘uncaring’ as the typical adjective. But I used uncare to encourage you to think about something that has increasingly troubled me and it ties in I think with the loss of crafts posts I posted on recently. Uncraftsmanship is not a viable word either, of course, but the comments to my recent blogs surrounding the question of how we perpetuate craft and the art we pursue in the doing of it shows that people outside and inside the profession really do care. I just wish those inside the profession would take more care over glib comments and realise that they have bought into something that altered the perception of the carpentry craft by just mindlessly following a pattern of carelessness, that’s all. They have united with manufacturers to present a culture of uncare. Thats one thing, but they have also rendered themselves part of the consumerist disposable society in that they don’t know how to take care of the simplest of tasks–saw sharpening! The good thing is that amateurs now have that in their arsenal of skills and so it is now protected and preserved as is the future of hand work. Amateurs, once scoffed at, now know more about skilled furniture making and woodworking than colleges and universities ever did. Hurrah! 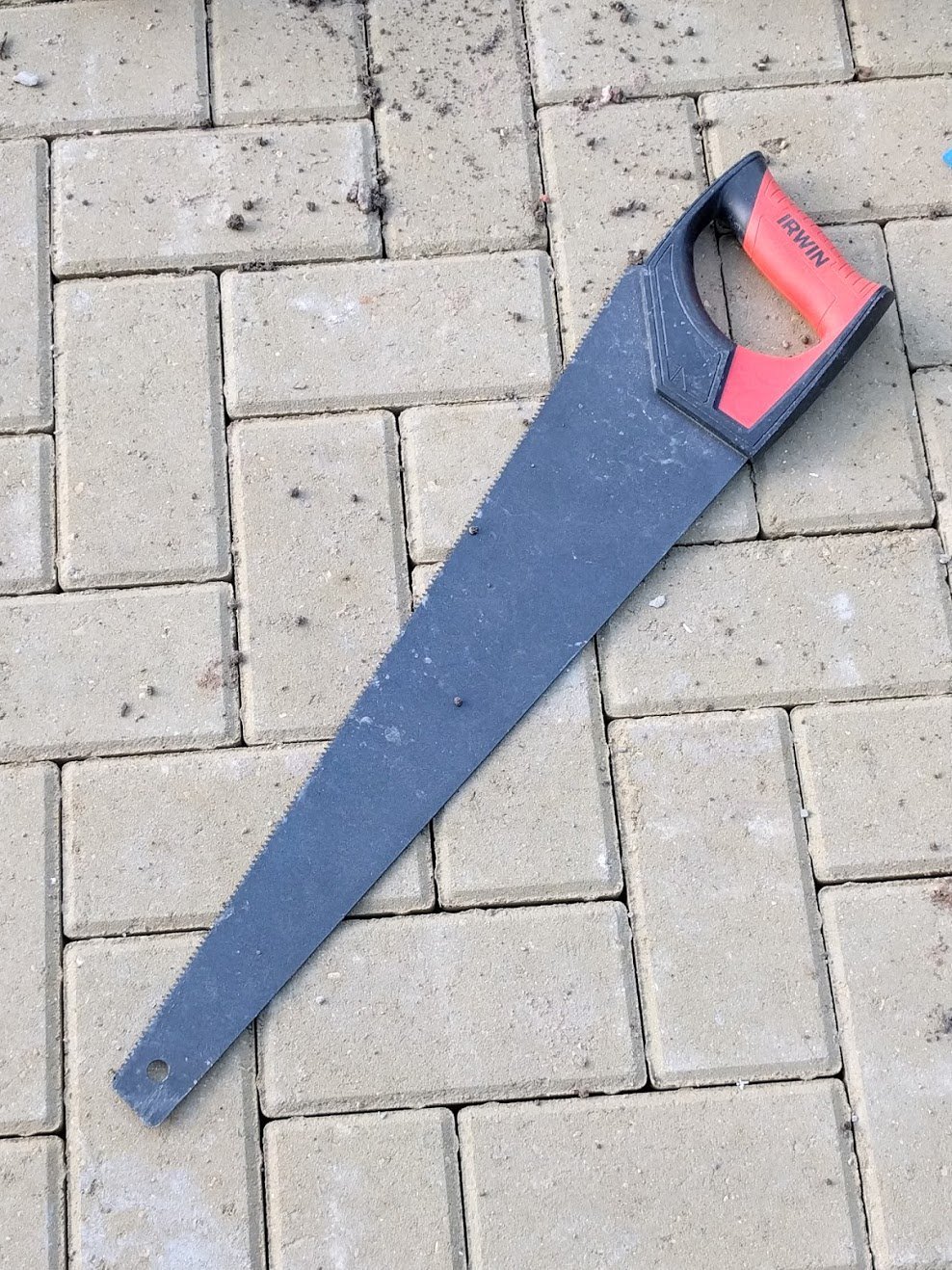 This is one of the Irwin brand saws used in construction. It has a Teflon coating (Polytetrafluoroethylene or PTFE) to reduce friction but it is a throwaway none sharpenable saw.

I have always looked at hard-point western saws with disdain even though they cut well across the grain and in the engineered boards that they are mostly designed for. As I walked across the local job site recently the carpenters had left for home. The saws they’d used for the job were still new and totally usable still, but there they were pitched and ditched and left for dead. I saw it clearly that the whole saw catered to not caring as it does when you visit the timber yard to buy wood and the same saws lie buckled and dulled, kinked long before they’ve done much work because the users had no clue on how to use or care for them and, well, they’re just throwaways. Imagine this then; those same people might well see their whole craft through the very same eyes, nothing more than a throwaway craft. Then try to explain to them about a craft being lost. In these people craft has no real meaning. Any person who leaves any saw out in the elements on stone, gravel, brick or concrete has lost all respect for the tools and the craft of joinery, woodworking or whatever. The craft to them has become as disposable as the saw; just not worth saving.

So my using saws from 50 and more years ago that did not have hard-point teeth have proven the better economic choice. So why was this an option for me and not others today. The main reason is a belief that the evolutionary process gave us throwaway saws and therefore are the more advanced position. Simply not true at all. 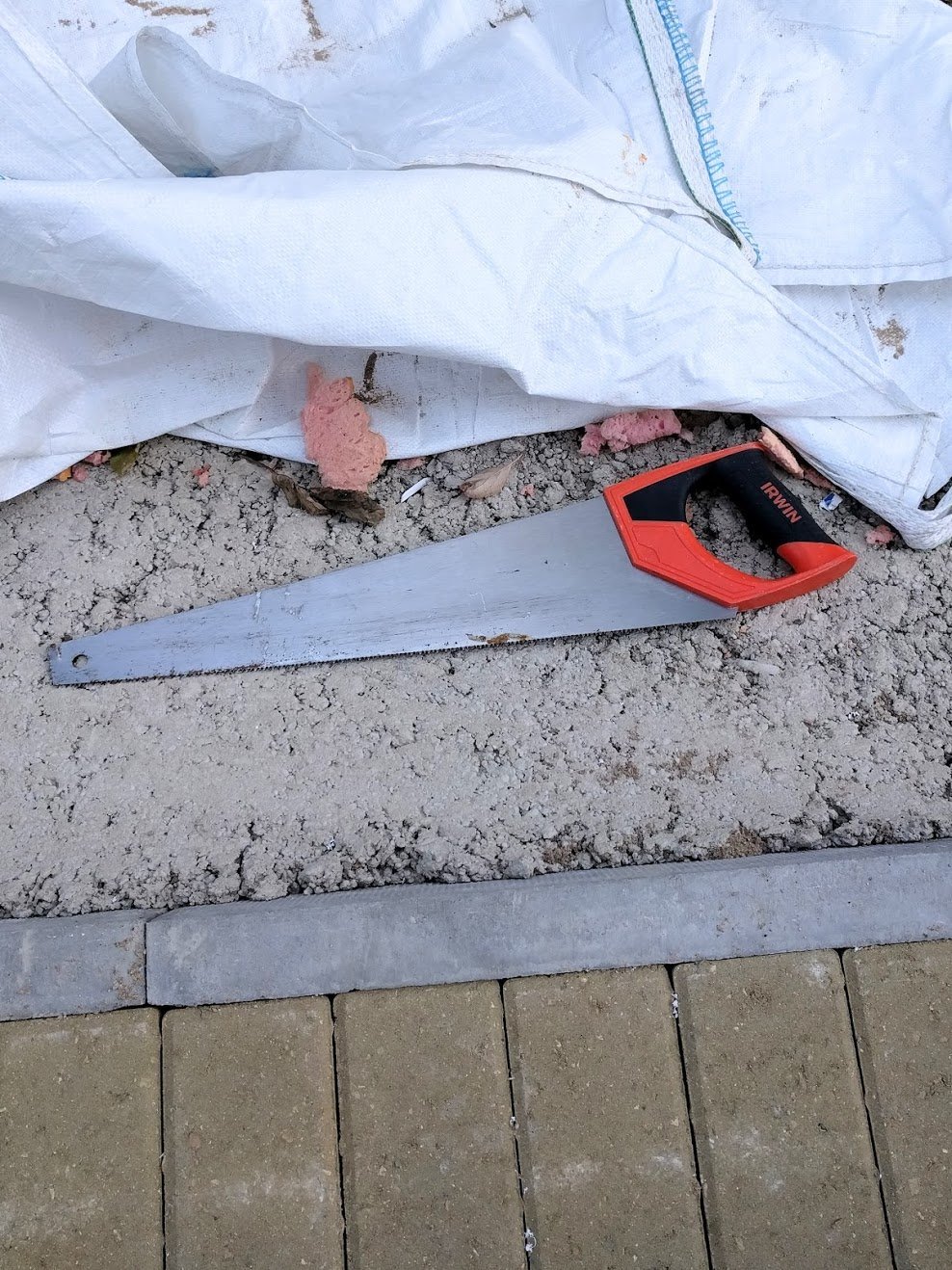 This standard hard-point has become ubiquitous on most job sites.

My advantage is that I can, if I want to, buy a throwaway saw OR I can sharpen non-throwaways. My advantage is that I can also sharpen saws to specific tasks, alter the aggression and develop a profiled tooth for a designated task. When you do sharpen your saws and use them through years instead of days or weeks you end up with the key ingredient to craftsmanship and that is the very thing the culture of uncare promotes—care! 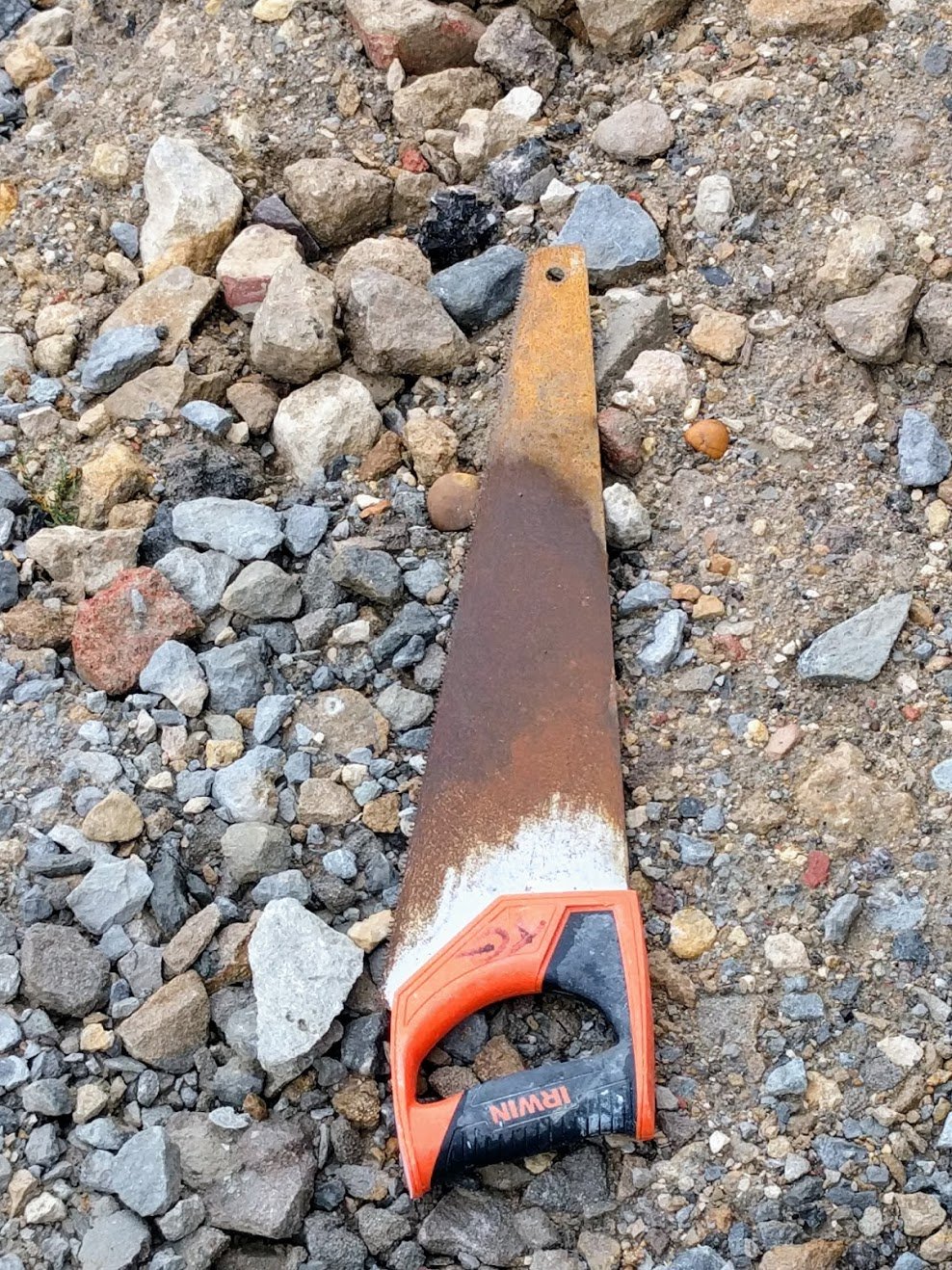 Oh what a sad day when such things happen to a saw only few weeks old and professionals in the industry just arrogantly brag that they, “Just throw ’em away” because it is cheaper and more efficient!” This is what Irwin and the likes have contributed to my craft and many people followed mindlessly on in accepting it.

Oh, and here is the difference between the then and today’s PC culture. Had I left any saw lying on gravel or concrete the men I was working with would have said, “You should be ashamed of yourself. Pick it up and put it safe.”

OK, and here is my question. Is it more economical to buy throwaway saws than sharpen them? This is the standard phrase given to me when proponents of throwaways stand in front of me and I ask them why they buy them. Watch out for the upcoming answer on my blog with a video on Paul sharpening his saw to show you something very controversial. You will never have seen it done like I do it or explained either, and you have never seen the same speed and efficiency!