Your responses to the last blog came as no surprise. As people accept the ever more mundane of mass making, skills automatically become dumbed down. Manufacturers that once had loyalty on a more local level have gradually sold out and what we thought was still being made domestically by local skills was hidden behind bland labeling that failed to say where it was actually manufacturing the goods or having the goods made. But of course the article wasn’t about manufacturing in a mass making world but about the demise of crafting fine work using good skills resulting in fine levels of workmanship. 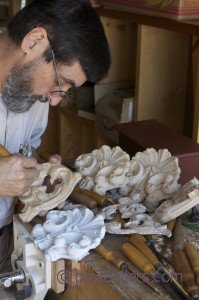 The question was really whether any craft should be kept going even when demand has fallen below economic levels. That is, should a craft be sponsored to survive whether that is by financial support or by buying the product the crafting artisan makes or indeed supported by ensuring apprenticeships in specific crafts continue even though there is a possibility the only way it might work is through funding of some type.

Some say it should be the survival of the fittest that determines this. Others say no matter the cost it should be supported by whatever means we can muster.  I received an email a short while ago from an older craftsman saying he cannot find the help he needs to keep his business going even when he made a promise of some kind of agreement to crop-share the business either by income or inheritance. Remarkable!

Thank you all for your thoughts on this and your contribution. Obviously you care deeply and I am thankful for that. I’ll keep you posted of changes.

← Dying Crafts. What to Do?Disposabilty, the Culture of Uncare and Uncraftsmanship →