One or two of you have suggested I consider looking at some different makers of the age, those who are investing time and effort to develop new handsaws. Thank you for your input. Well, I do like what you suggested and the saws do look nice and well made so, great, maybe something is yet to come. I am sure they will make some good income looking at the prices. As yet the saws I have looked over are replications though, replications of what’s already existed since the late 1700s and therefor the result of what was actually already fully orbed and developed rather than ‘new‘ and innovative. Nothing as yet taking place that goes beyond tooling up for a basic engineering line of production. Also, as yet their ‘new’ handsaws seem to be untrialed and I think, in my view at least, need to be proven through more longer-term daily use in the hands of skilled users. 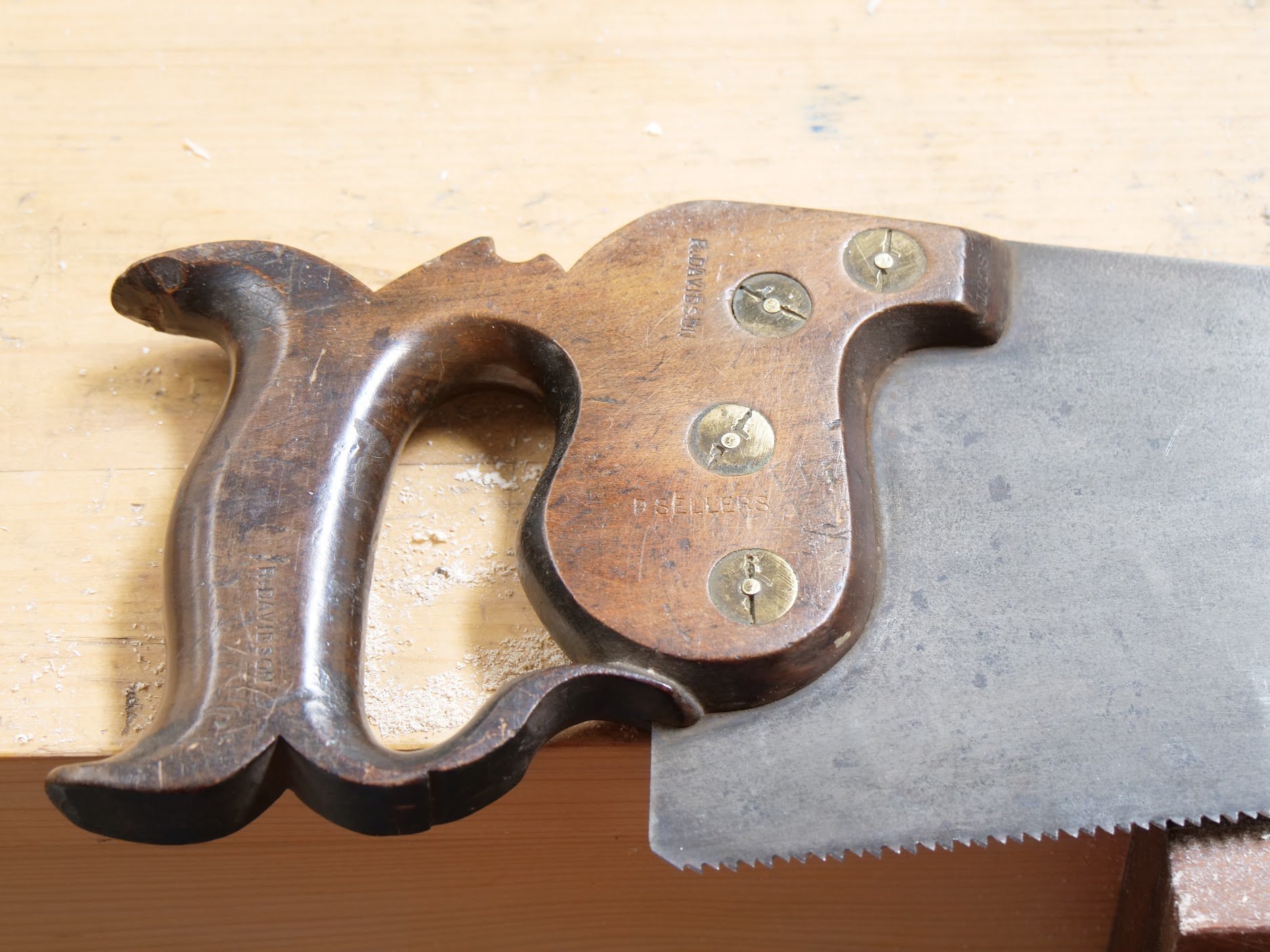 The handsaws people mentioned seem to start at around £220 and go on up to around£450. Taking a poll from my students revealed that none of them could afford or would afford even the lowest price. In reality most people could never justify spending so much on saws costing so much even if they are beautiful to look at. I suppose my audience is looking for the ability to take any saw and restore it to full functionality with a saw file and a sawset. That is what I did with the panel saw I bought. The teeth were pretty bad but inside just a few minutes I had it cutting with the very best of saws and of course good, old handsaws are constantly coming around via secondhand markets and they can be very pretty. A handsaw like the one above should cost between £25-60 via eBay and it’s a lifetime saw, but you can also opt to buy a very decent resharpenable Spear and Jackson as blogged on and compared to in the past. I get excellent results from mine.

I am never to sure how makers set pricing for their products. Obviously the steel plate for a saw is not that high and neither is the wood. Setting high prices doesn’t necessarily tell you how good a product is so at some point it becomes a decision between selling more at a lower price or selling less at a higher price. That’s obviously up to the maker but then it’s up to the buyer too. On the other hand I do like the idea that buying secondhand via eBay has a sort of built in self-regulating dynamic when it comes to pricing and even that affects how much people charge for shipping and handling costs to make that fairer too.