When people come so far this question may well be the ice breaker. I recall when I lived and had my workshop in the castle in Wales how a man came into the workshop and said, “If only you were nearer, I would love to do a class with you.” I asked where he was from, expecting him to say something quite different. He lived 18 miles away. The students in that class were from five different countries including the USA, 5,000 miles away, and that class was a month-long class so hotels, travel etc on top. 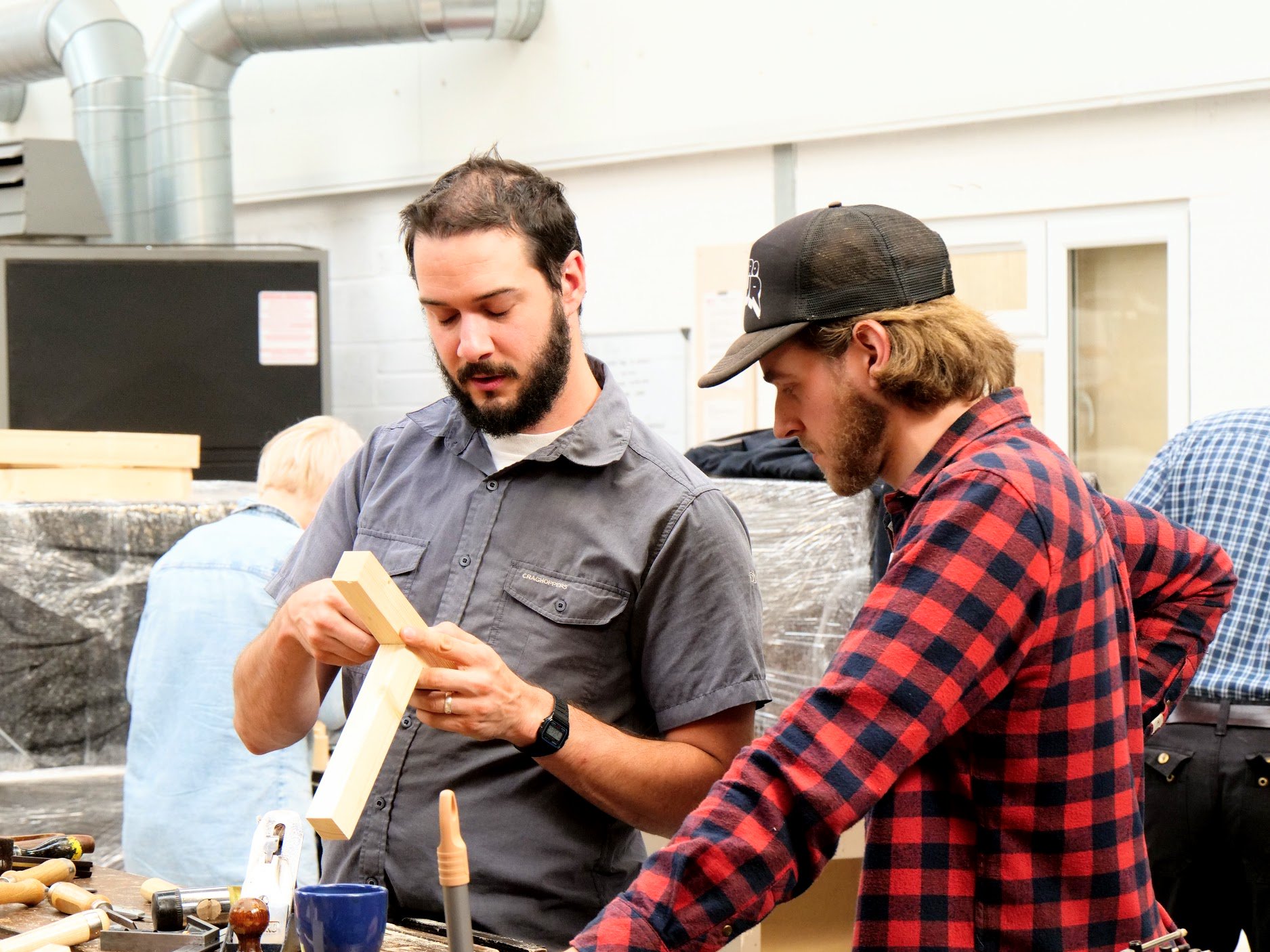 I still love that we are so internationally focussed. Even when I lived and worked in the USA (and then Texas at that) my students came from other continents, Europe, Australasia, but not so many as arrive now here in the UK. It is easy to think that most of my students would be local. That’s not usually the case at all, most classes are half UK and then the rest of the world. In this class last week I had students from Sweden and Norway, Germany too. We would have had two more from Italy and one from Belgium had they not had problems making it in. But it makes me realise the ends people will go to to spend time immersed in woodworking and sharing their space to develop new skills. 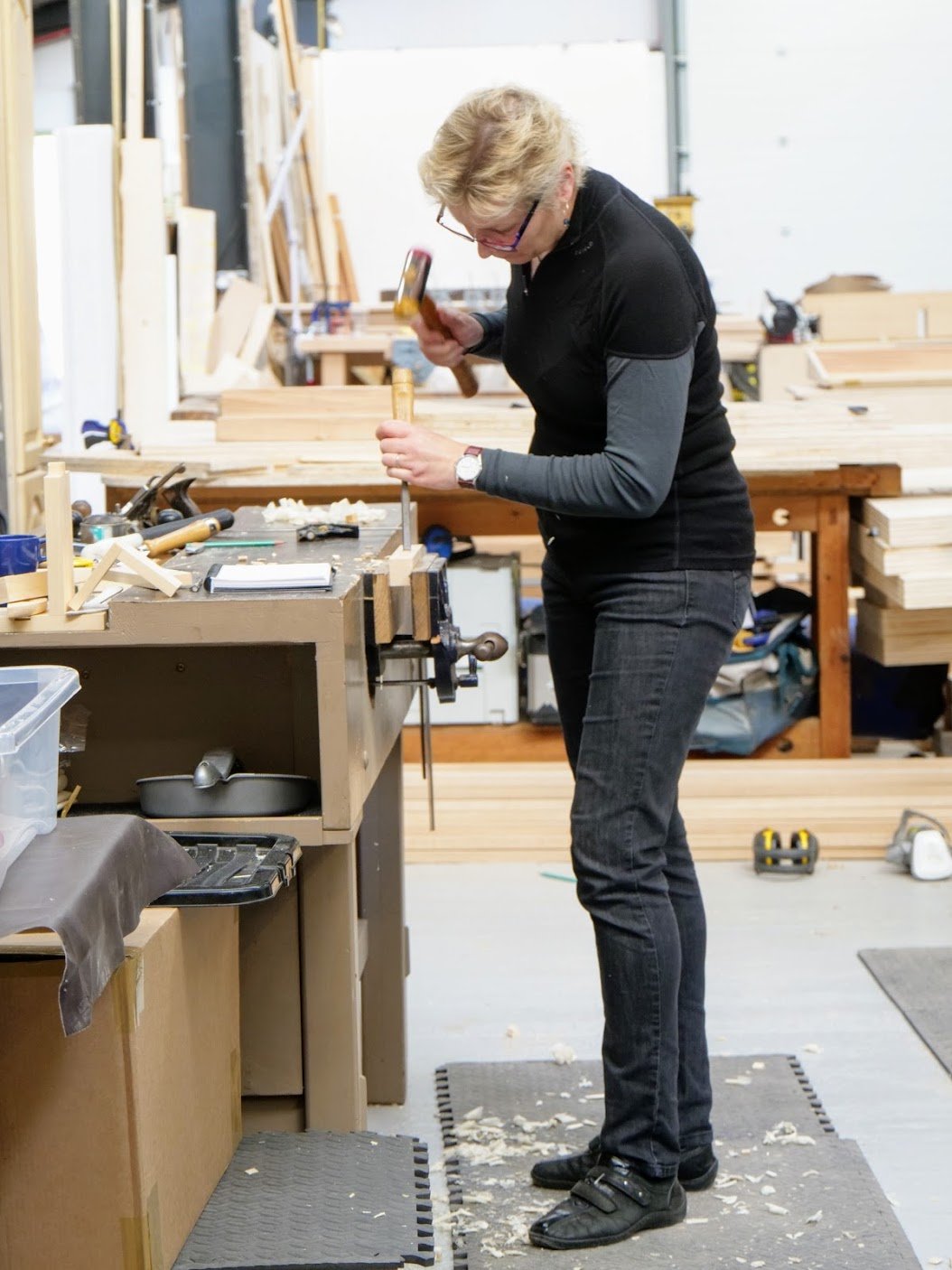 Some made their first woodworking joints and they were successful right from the get go. It’s more than making a successful union between wooden bits though, they absorb much more in a live class because of course being there in the zone is pure visceral in the truest sense of the world. I know it and they know it. It’s still hard to believe that we post the class dates early in the year and all the classes fill in a matter of days or even just hours sometimes. That’s because we keep it so real. I keep saying “It’s not what the boy does to the wood but what the wood does to the boy.” In my head. Course it’s not gender specific, but I am not altering what Sam said on his sign. 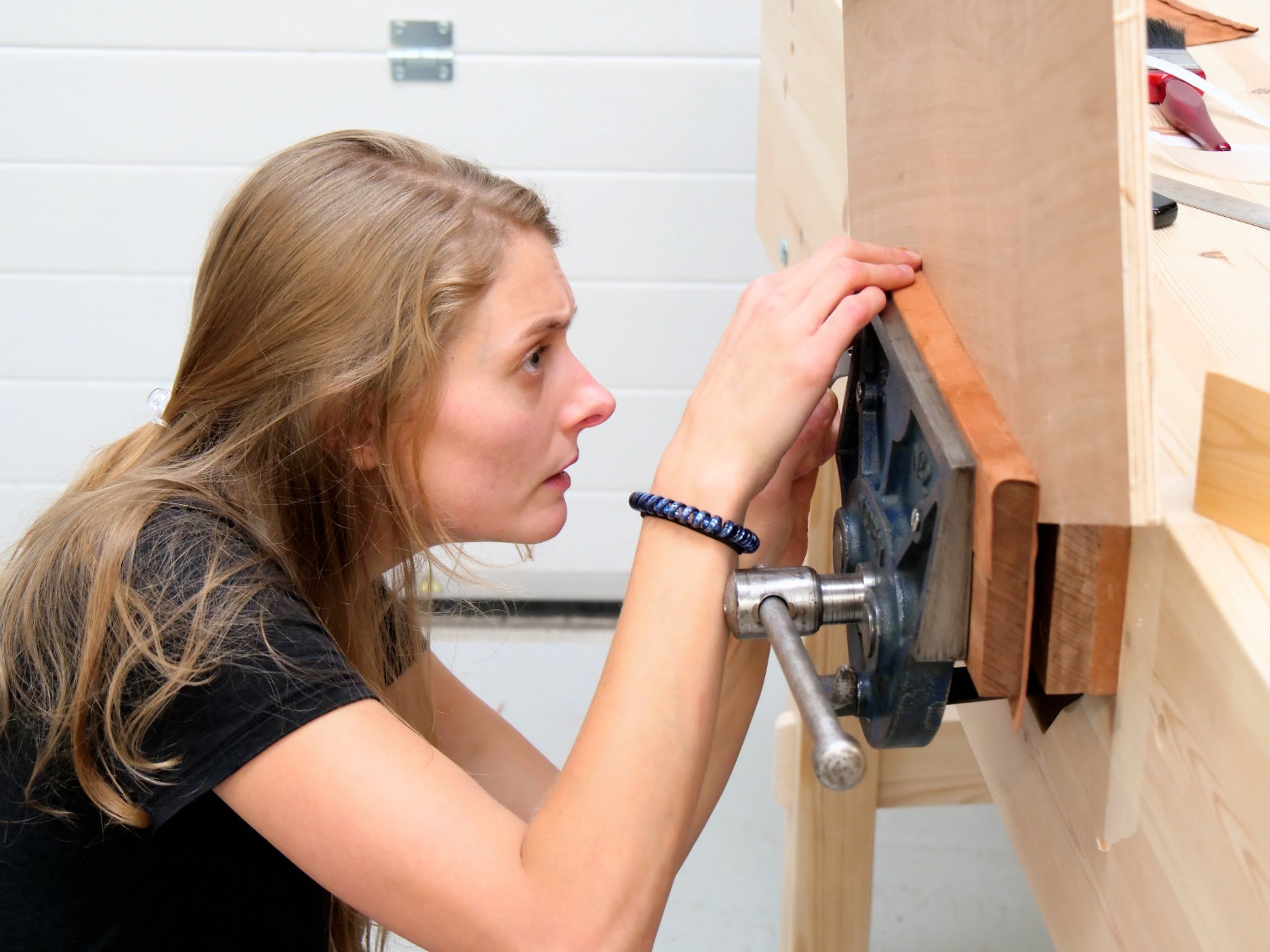 I will be taking a break from teaching classes for a year this coming year because we have a new adventure about to unfold in the next sphere of our bringing ever more in-depth training to our friends around the world. It’s always been important for me to remember that my training others was born out of my burden for young people to learn and gain mastery in masterful work, and that it comes from my life experience as a working craftsman first and then my teaching in these classes for three decades now. If it hadn’t been for my classes I would be surprised if we would be able to make the kinds of films we do.

Hannah explains her workbench construction to another.

14 thoughts on “And Where Are You From?”