Changing Our Looks and More

I know many of you that have been with us through the years have noticed changes to my backdrop and also heard hints of changes yet to come too. We’ve not wanted to be secretive so much as make certain we carried you along the journey with us. Many of my tools disappeared and then we filmed some work from what looked to be some kind of garage instead of our studio workshop. “What’s going on? Aargh!” some said. At last, I can now tell you. We are preparing to move to a more customised location, but there is more to it than that. 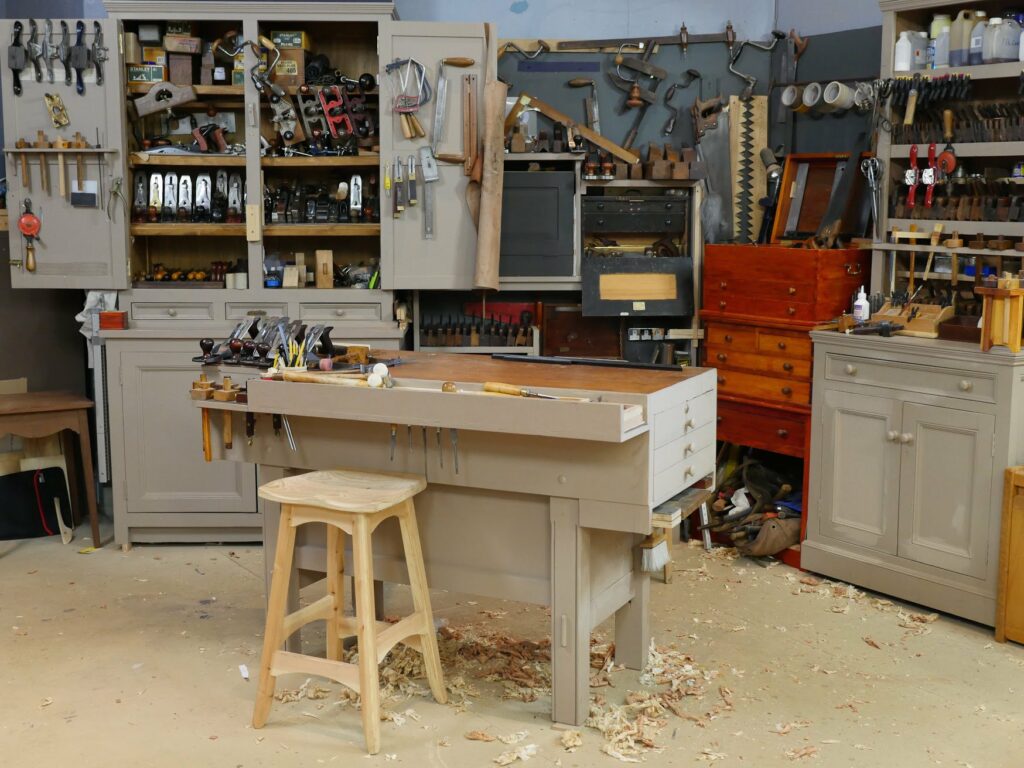 My workshop as it was in Penrhyn Castle.

Our first UK workshop was in Penrhyn Castle in North Wales back in 2010. Joseph and I were the only ones at that time but Phil apprenticed with me soon after. I knew then that the castle was temporary, five years max and it was a splendid stepping stone that allowed us to establish ourselves as media providers to the world of woodworking. Hence my mentioning my changing backdrop. Over the past few months, we have been working toward establishing ourselves in a place of permanence to call our own. 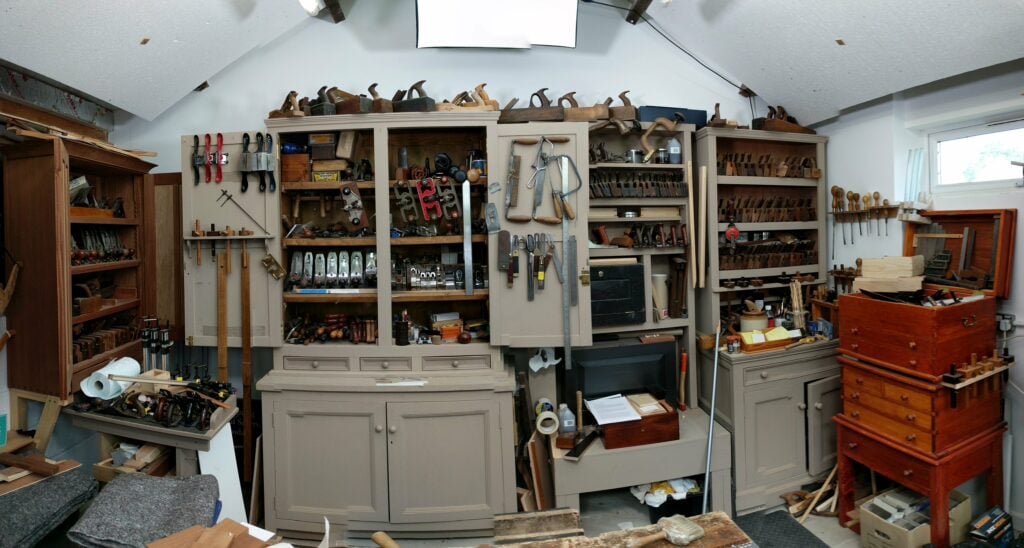 My cupboards of tools after moving in and before recent changes at Sylva.

Whereas Sylva has been more than a mere stepping stone for all of us involved (now six people full time), and we have gained so many new friends, shortly after we arrived in Long Wittenham we realised that by its very nature tying the links between land, forest and woodworking workshops into a symbiotic whole, we found ourselves conflicted by being unable to control those elements basic and important to any good filmmaking—sound and light control the both of which seemed to become all the more elusive to us, especially the more successful Sylva became. Imagine the frustration when part way through a perfect video shoot someone elsewhere drops a plank or bangs a door and then starts power routing, sanding or using a skillsaw.

The downsized, decluttered workshop works just as well as ever because it’s the handful of tools that I have always really relied on and not the masses.

Dismantling my current workshop made us rethink what we were presenting. It has of course been a great challenge to me because of course I identify with the tools I have owned and worked with for many decades. It did make for a neat and admirable backdrop too. But we thought it actually gives people following us the wrong impression. My message for three decades has been more minimalist in terms of what do you really need to work wood. Dozens and dozens of mostly unused tools behind me seemed counter to the simplicity we felt woodworking should be.  The tools I rely on, the ones in my Essential Woodworking Hand Tools book, are indeed the only tools I rely on to make the masses of things we’ve made through the years of creating for Woodworking Masterclasses. It was time to shed.

In shedding the tools, archiving them with projects we created for future reference, we considered our clearer direction. Joseph and Phil put together a questionnaire and 17% (the biggest percentage) of members from our Woodworking Masterclass followers told us that they worked from a single-car garage or something similar in size more or less. 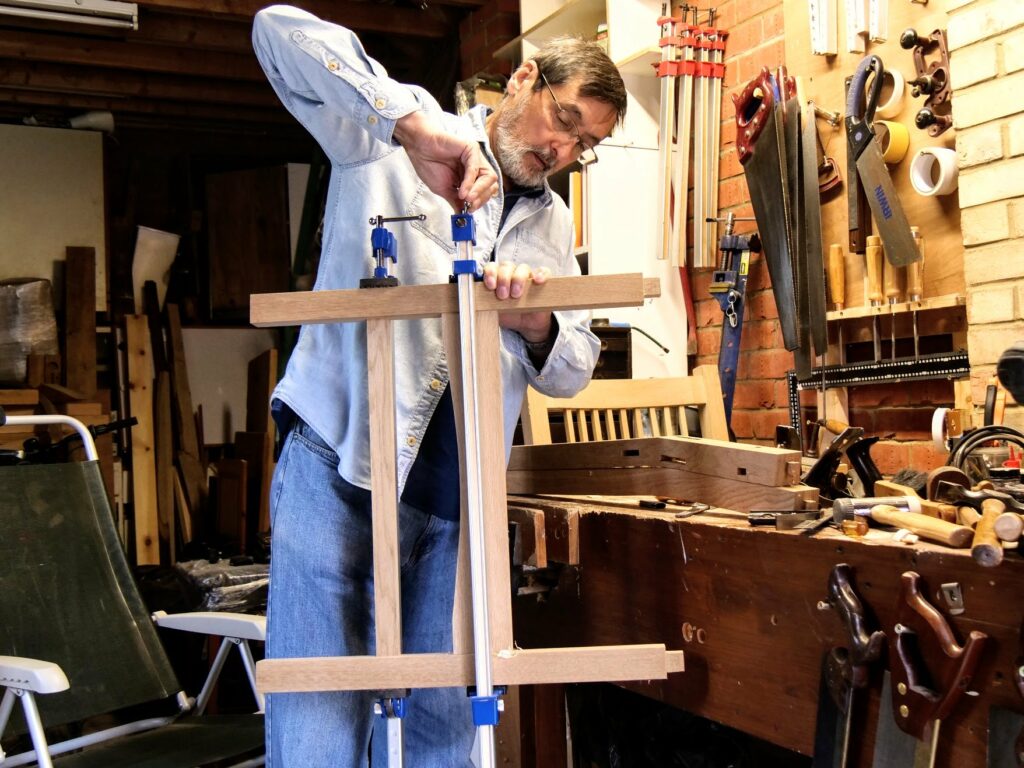 Me working at home in my garage workshop. 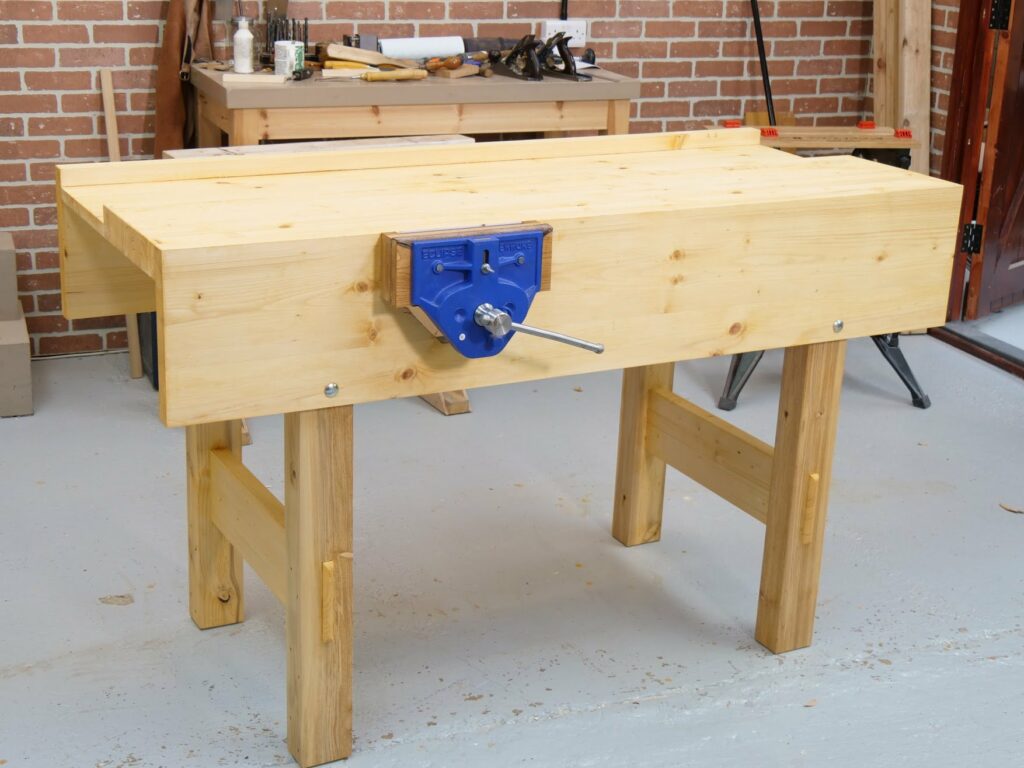 Here is the workbench we built and filmed in the garage set from recycled wood. I will be retrofitting it with a drawer and additional elements to customise it for the new set we move into in just a few weeks time.

Having decided that we needed a single car garage studio to film in, and having built it before the jury came in, it was nice to have confirmation that we were indeed on the right track. Though our audience comprises both professional and amateur woodworkers, the largest percentage of western woodworkers at least are indeed amateurs and the majority of them work in their single-car home garage or similar. Hence the transition we are in encompasses those of you who love your craft and work in spaces about the size of a single-car garage or less. 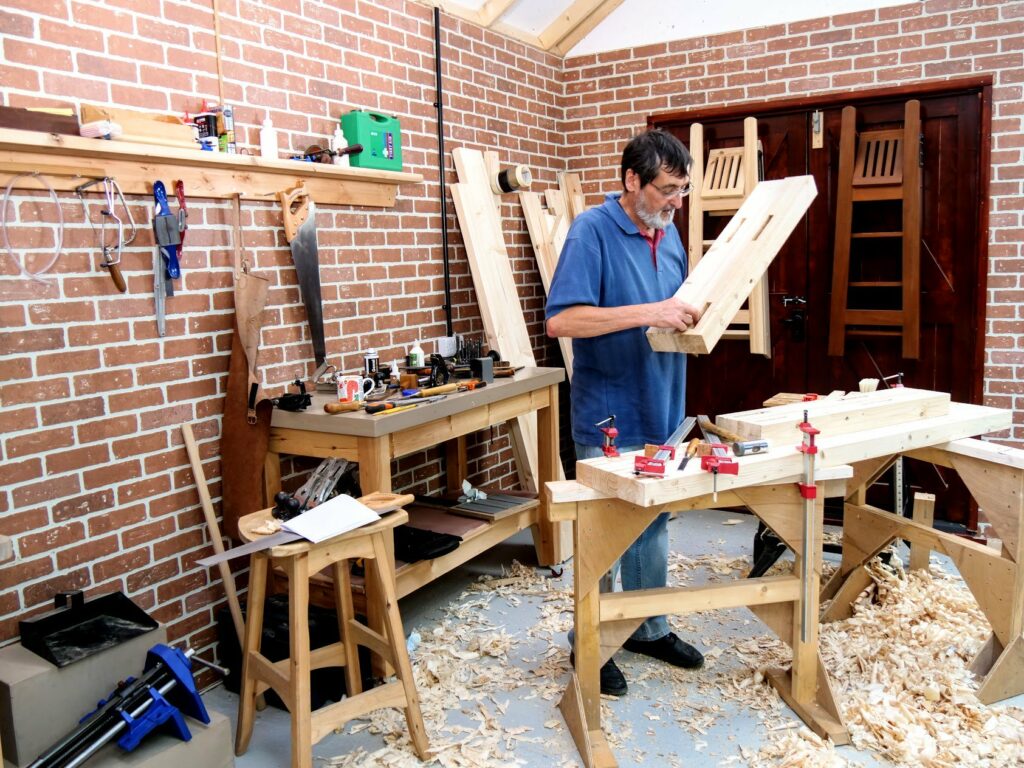 And then there is the workbench concluded. For the new video series to make this workbench and to keep up with us on the journey  subscribe to my YouTube channel and we will be updating you when it and the drawings are available.

← Reconsider, Reconstruct and Renew Your ThinkingFiling/Honing Guide for #80 Scraper →