Influence, the word, the resulting action, literally means to ‘flow in’, I suppose suggesting more a gentle ebbing that nudges the shoreline or a steady but easy current influencing another entity, source or supply of one kind or another. Sometimes an influence goes one way and other times it can be more symbiotic but not necessarily equal in measure. Perhaps I see this when two creative people get together and share time in discussion. Of course it could equally mean a tidal wave from a tempest or mist descending on a parched land too. What or whichever, rest assured, influence is the way all change takes place, both good and bad but perhaps less so, indifferently. The influences on woodworking have been no different. In my years I’ve experienced the many subtle shifts that drifted in unnoticed and then I’ve witnessed those tsunamis that so dominate our attention. The router and the chop saw, biscuit jointers and now dominoes too, all will go down in the annals of history as progressive technologies without anyone questioning their impact in any kind of negative way. It was in the 1970s that the greatest tsunamis hit, invading a quieter world of woodworking in amateur realms with the ever-present promise of ease, speed, success.

Makers of mass-making machines saw their new market niche, one they could readily tap into by supplying more miniature versions of their once great behemoths. At first these versions were home-grown domestic versions, but soon costs were more drastically lowered by importing cheaper versions that further incentivised sales teams and provide the game changer altogether. Woodworkers on every continent embraced the so-called labour saving contrivances in the same way food mixers, microwaves and other kitchen aids did the domestic kitchen. No one considered the after effects of time spent in clean-up of all the constituent parts, but in they came in the name of progress and they remained as replacements to their ‘old school’ hand method counterparts. It was only a question of time before everyone asked why do anything by hand? But try snatching the microwave from the family kitchen and you will have anarchy on your hands. That’s become the same in woodworking realms when you suggest cutting dovetails by hand and not relying on the router. In many ways, when I first came on the scene with an advocacy for hand tool methods and older technologies, it was much the same. The strongest opposition always came from the full-time woodworkers striving to make their living from making sellable pieces. The argument being hand methods are too slow and you can’t compete but never by admission that they just do not have the developed skill old crafting artisans had early on in their training. As a boy we competed around the benches; who was it that could cut the fastest dovetails or mortise and tenons. We soon learned all the short cuts from one another and the judgement came from older men who weighed up the competency and quality of the finished work. Even with filming, these dovetails took me only 15 minutes or so.

I began my work life using mainly hand tools. It was more a question of my being safely placed for starting-out as a 15 year old apprentice. At the end of an 8-foot workbench it really suited me (and the bosses) well. Little did I realised that at age 16 I was to be forced against my will into using machines. 20″ circular rip saws, 36″, power planers, jointers, bandsaws with three-foot cast iron wheels and radial arm saws all came came one by one in that year of 1966. Spindle moulders and tenoners came later; thankfully, much later!

Back then machine guards were scarcer, relatively impractical they were mostly removed years earlier and ‘lost’. No one monitored businesses much for safety back then, or if they did they were noticeable by their absence. Anything that slowed down a process was removed and the vintage guards definitely got in the way. A swing saw used for crosscutting beams had no guard around it at all and you had to reach up to 2 inches from the blade for the handle to swing it down across the beam. The rise and drop guard to the radial arm saw was wedged up with a wooden wedge to the side of the saw body to make the saw move more freely and reduce drag and snag. Such was health and safety back then. Those days are mostly gone, thankfully, but woodworking machines remain inherently dangerous none the less. For much of my work they are used only minimally. They do what they do best and that’s dimensioning the wood. It’s been good that I established a balance that well suited me early on. Though I haver always had a machine shop of some kind or other, because I developed real skill and knowledge early on, I was able to make my living primarily from my skilled work. This was always what my customers wanted. They wanted hand work. Because of my quest to keep hand tools in my life it has forced me to work extra hard to come up with practical systems in my hand work that guarantees the kinds of results one might expect from say a machine or piece of equipment designed to make the work efficient. Actually, often the systems and ways of working are perhaps better and much more efficient if, as it is with me, you make one piece and sell one piece. 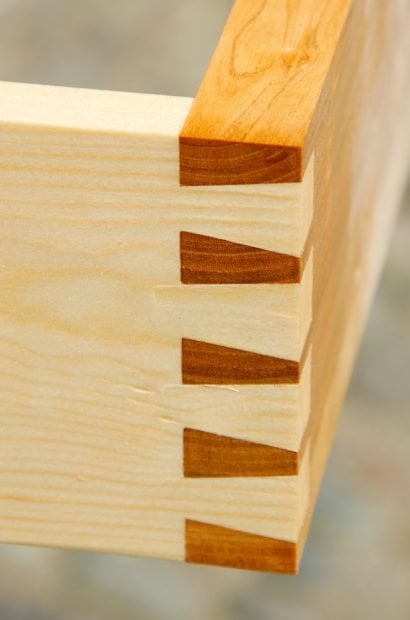 I never queried much if anything of the logic as a boy but just learned the intricacies of the methods and about the hand tools. Of course the best way to do that was in the using of them and thankfully the men I worked under were well informed, skilled and supportive of me as an apprentice as long as I was humble (not easy). Of course tools back then meant hand tools not machines. I never heard a man call a machine a tool until I went to live in the USA. That was a distinct dividing line I liked. No confusion there. So my not doing things analytically was more a question of simply doing as I was told. Over the past 20 years I have noticed people occasionally ask why not just use a router, or state I’ve got a tablesaw for that or a bandsaw for this. It’s as if they see me as some kind of nut for not doing things the way they do them, or perhaps they feel threatened or offended. I’m never really sure. What they can’t seem to comprehend is that I’ve worked something out, you know, evaluated things, investigated the possibilities and used most all methods before arriving at where I am by personal choices. I don’t really mind them seeing me this way, I just wish they would think why does he seem to like doing it the way he does? Anyway, my understanding that they simply can’t understand my ways because they only really know one way doesn’t help them. Their way through an evolutionary process meant for them the survival of the fittest, so we exchange a few pleasantries about wood and things and then they leave me to my own technologies without more ado.

This week I considered the effects of influences. You know, the things that determine the way people work and especially their wood. Influence is of course a dynamic power, especially is this so on the unsuspecting innocents starting out and searching for how to develop their skill levels. In my day it was simple enough because they still had evening classes held at local schools. In the consumerist age, under the influence of consumerist economics, most people look to one of three resources all of which are rooted in businesses selling merchandise. They look to tool and machine suppliers by way of catalogs and online suppliers, they look to magazines reliant on advertising and they look to schools, private or state run via colleges and universities. Not really always the best resources at all.

School is perhaps a possible starting point but not a choice for everyone because they generally provide places to those wanting ultimately to enter the workforce as machinists, At least it seems that way. With most teachers having spent most of their lives immersed in school life from birth it is probably not really the ideal place to seek practical or working advice from. If you are older and have already left school, that’s higher education, and you have been ill advised as is the case with many graduates, and you earn your living from work, you generally can put up with your current state of employment in terms of financial stability. It’s when you seek higher levels of creativity in your off time that I suspect you might look to perhaps a woodworking magazine for inspirational influence or input. The percentage ratio twixt hand work and machine tips the balance favourably and biasedly toward the more mass-making methods used in industry. They can’t really help themselves as their income comes from advertisers and their articles come from those who mainly rely on machines. The next resource and recourse is the industry provider, so you trip down to the woodworking super chain and what greets you there but a sales person selling, yet again, power machines and related equipment. The reality is that most sales personnel are not so very experienced as woodworkers but have some limited knowledge and possibly experience in the use of machines. In almost all cases they will only advise you to buy into the machines they sell. 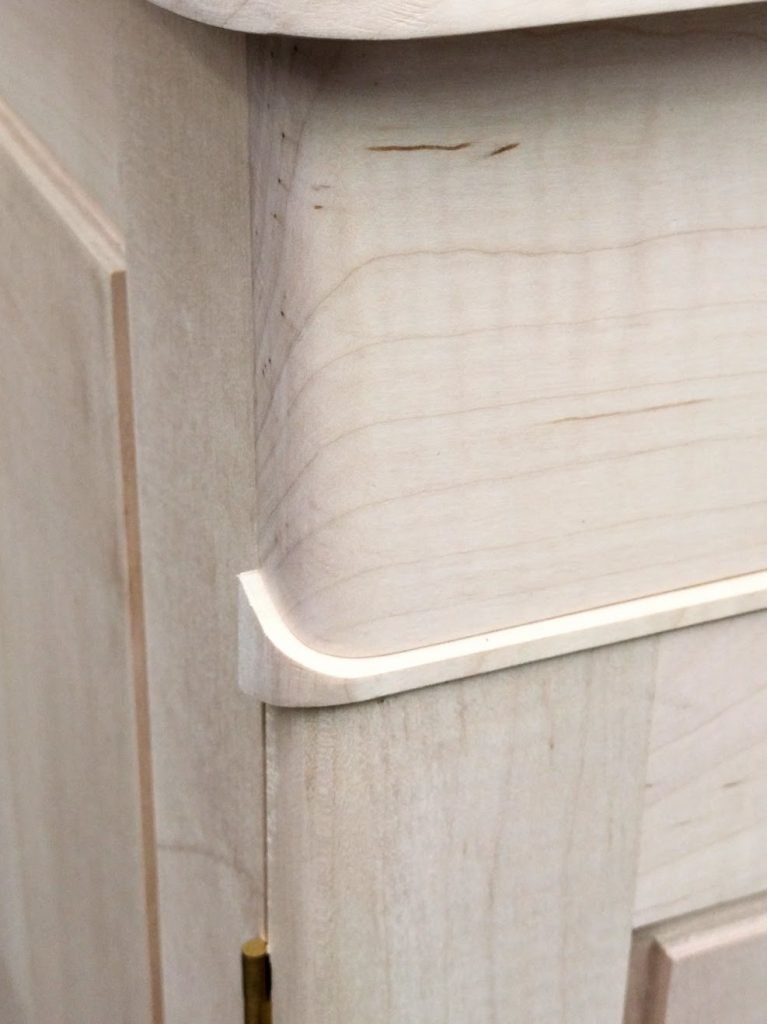 So that has been a sphere I have always encouraged new woodworkers to reconsider and think through whether they want a machine future or a hand tool future. It need not be just either but both. The big game changer in woodworking is the amount of available space you have to host dedicated machines. They certainly require a large footprint and dominate your mental gymnastics with regards to adapting them to do the tasks salesmen say they will do. Much of the time you are trying think health and safety because they are indeed some if not the most dangerous machines in industry. Mostly the machine tasks require some kind of jig making to make tasks accurate, safe and effective. You just have to decide whether you want to become a jig making machinist or a skilled woodworker, that’s all. Certainly my experience tells me that you should truly question the influences as to good resources.

22 thoughts on “Influences That Affect Your Point of View”