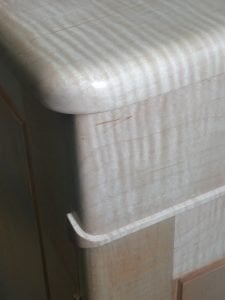 If you don’t believe you can you won’t

I am always interested in hearing people discuss issues surrounding furniture making and selling what you make. If you put your cell phones and computers away and stop listening to those who say it can’t be done you will likely do it just fine by just putting 8-10 hours of good work. Cell phones and computers save time in some realms but if you are a manual worker like me then they will more likely stunt your growth, stymie your skill building and stop you from delivery by keeping you from actually producing your stuff. That’s my view any way, for what it’s worth. 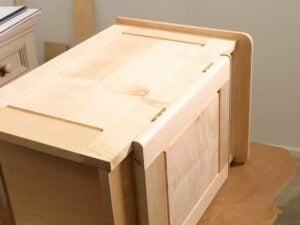 The fact that expensive furniture might only be for the rich and wealthy and no one will pay your prices is not the case. It’s all too easy to look for excuses early because it does take a few years to establish yourself working in your own business. Fact is people have to learn to trust you and that means establishing yourself with a good reputation. Handing over hard earned cash for a piece of furniture means your buyer must be able to see how you handle your work and your responsibilities. It can be hard in the beginning but soon they will get to know you.

I understand being strapped financially, furniture making in general is still a trade and most tradesmen and women are far from high earners. Though financially I might always have been considered a low to moderate earner compared to the ‘professional’ class of people who shower to go to work rather than when they get home, I never considered myself poor in any way because my work so enriched  and continues to enrich my life. Rich and not so rich, I have always enjoyed making their furniture. I have made many, many pieces as gifts, which somehow take supreme position in the hierarchy of reward. I think you would be surprised you naysayers in professional realms if I told you that people without much money will actually want to buy good work from you if your work exemplifies good design and quality workmanship. 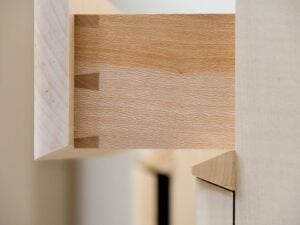 Don’t be too quick to categorise people or judge them as not being able to afford your work. Attitude adjustment takes some work and it is not so much the customer but the maker. I decided 30 years ago to welcome everyone to spend time with me when they came to my workshop because I was a producing craftsman. The outcome was a relationship and a trust because I took time for them. I know, times money, it’s a matter of choices thst’s all. Believe it or not there are people on less than £25,000 a year single income who will save up, even for a year or years if needed, until they can afford to buy just one of your special pieces provided you have kept an openness in your heart and not closed them off. I meet snobby makers often enough who first look at the car they arrive in, what clothes they wear, how they talk and so on. I may have less time now than ever before, but when I made to sell, the most valuable asset I could offer customers was time to listen and understand their needs. 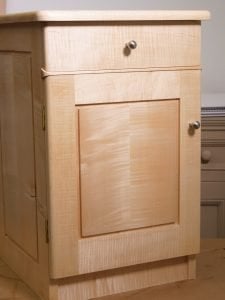 For richer or poorer I was always there and so was my work. I had customers that paid it out over several months and when they had given me half the price of the work I started making. They paid the balance out when I delivered. I do tend to get a little irritated by people saying quality hand made cannot compete with machine made. I tend not to argue with the individuals any more because they have made their minds up. The truth is machine made can’t compete with hand made in the same way IKEA and Walmart can’t compete with me by virtue of the reality that they CANNOT produce hand made and what that brings.

← Influences That Affect Your Point of ViewChanges →