Yup! My parents owned a set of six Thonet dining chairs and it was indeed Thonet who designed a chair that brought a truly democratised and radical product in chair form to our world of wooden seating. Dining chairs, office chairs and even rocking chairs of many a hundred thousand gradually came into full mass-production to revolutionise chair manufacturing with a certain and new style of chair. Snubbing the status quo of standard making and accepted style and then in the face of many a stressful struggle too, Thonet’s determination came through. His prototyping gave us a new, near weightless chair that was strong, stable, and then too made from solid wood. The revolutionary prototyping developed a chair that came without joinery and a chair that relied on only very minimal skill to make.

Even in the mid 1800s, Thonet products required only the most basic of hand tools with all of the parts coming straight from machine cuts to unite the simplest frame parts together. The Thonet versions of family and cafe dining transformed the world of design in its own peculiar and unique way. In production time, stacking up the minutes, Thonet developed his range of chairs that took only a few relatively unskilled assembly minutes to assemble. The low production costs, ease of manufacture and removal of almost all joinery, revolutionised chair making. No woodland chair bodging for Michael Thonet or his staff, no bent saplings to drive pole lathes deep in the woods, no masses of greenwood legs roughed out. Thonet took a massive slice of the cake when it came to production making. His chairs have been proven to stand the test of time through a century and half of daily use in the rough and rugged conditions of cafe and restaurant use. Don’t you just love what this assembly line chair gave to us?

Thonet took its rightful place in the lineup of recognised furniture designs for chair production, but not because of any pretentiousness, flamboyance nor any regal standing for the decor of palatial and manorial homes. Thonet delivered a world-class performer amidst the more ostentatious, relying on its pure elegance of form alone. Thonet’s uncomplicated pieces traversed the globe to stand out against the rest by its abject, unpretentious simplicity. I grew up with them hovering in my 1950s background where for every family event in my parent’s home they kept us comfortably seated. In a family of eight, my parents and six fairly rambunctious children, they proved that tight bends in rounded forms and bent bracings they would last for at least a century and a half and now more. Though German born, Michael Thonet brought his first chairs to the world’s mass market in the mid 1800s by ultimately producing them in different countries. At one point he went on to manufacture almost two million chairs in a given a year.

It’s not at all a complicated chair to make, much easier than many chairs and especially fully-jointed chairs tapering front to back with angled tenons and mortises to match. Once the formers for the bends are made and the steam chamber set up for production, the ten or so bends it takes to make a single chair take only minutes to pull.

As a modern-day entrepreneur, Michael Thonet industrialised the manufacturing process to make his range of furniture designs. Using an evolving clamping system to streamline the steam bending production methods meant he was indeed one of Europe’s first to pioneer flat-pack to ease the burden of distribution and reduce costs too. It was just a question of time before the Thonet producers began exporting to a worldwide market and on globally established production centres to meet the demand for his line of designs.

Even today, 170 years since the first chairs came off the production line, Thonet chairs still enjoy favour in cafes around the world and the style is still highly regarded as a modern design by most. In my own life even in the last four months I have enjoyed seeing and sitting in three different cafes and restaurants sporting the Thonet-style cafe chair. Whether made by the current family-owned business as a fifth-generation manufacturer producing the Michael Thonet designs or any other manufacturer, the outcome is the same—you sit, wiggle and relax into a good and upright presentation to eat your food, drink your drink and enjoy chitchat across the table. Though a true `thonet may well cost upwards of £500 with antique versions even higher, you indeed by a Thonet-style made by other makers for around £60 which for a lifetime chair makes it affordable to most. Whether you sit or stand from your chair, scoot or lean back, you will never feel like you are dragging half a tree with you and you will never feel as though the chair will tip either. 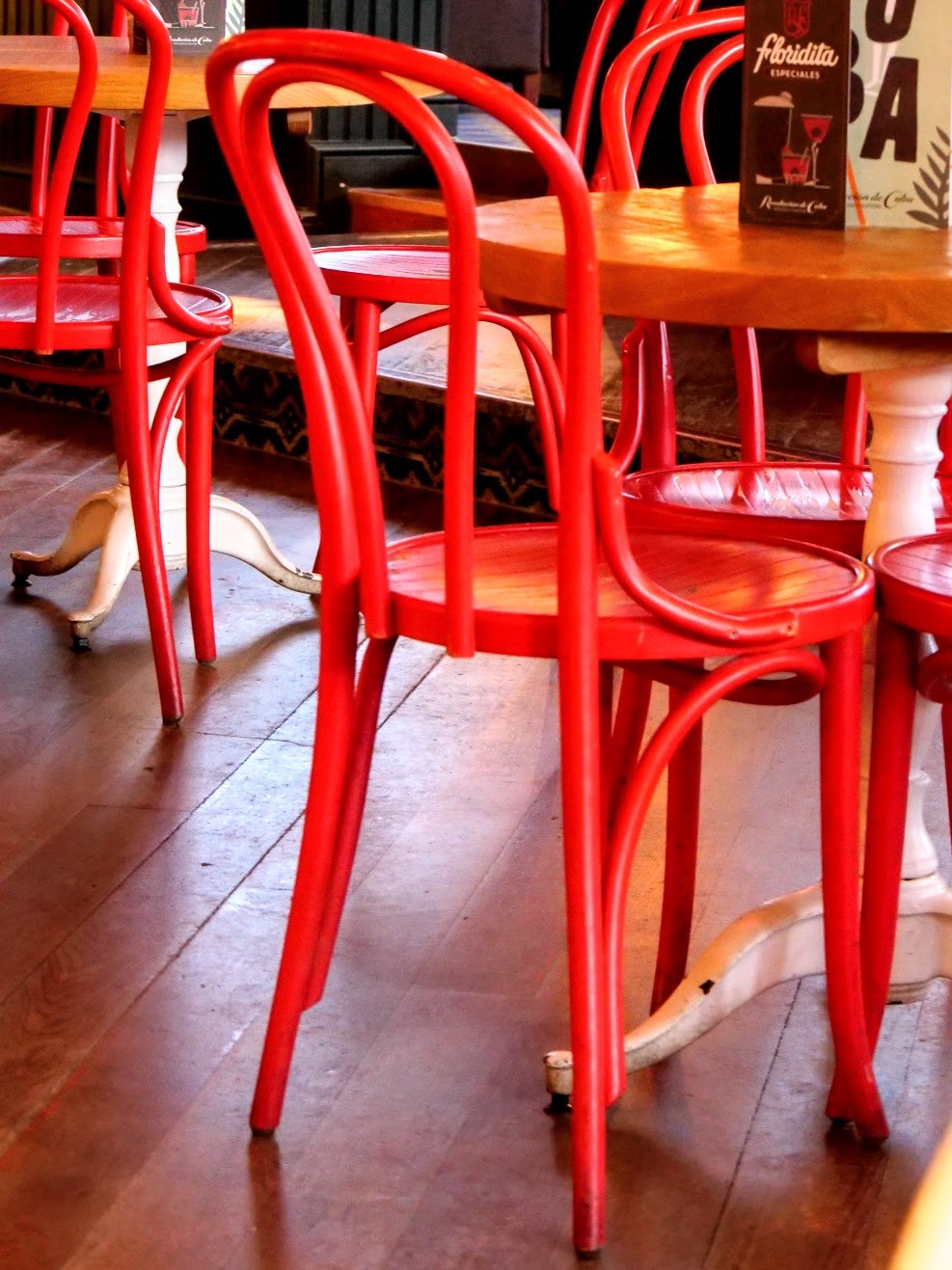 Michael Thonet’s most successful design was his Number 14 which as one of his pioneering pieces continues in manufacture today to sell as a design that reaches back to the mid 1800s as a Michael Thonet invention.

The technique for bentwood furniture design of course predates all of Thonet’s design prowess. He discovered steam bending of wood, but he didn’t invent it. We do know that Windsor chair-type designs were shipped out from Windsor and other market towns to the City of London in and around the early years of the 1700s. Windsor chairs had hooped backs formed by steaming as well as crinoline stretchers like the one shown made from oak below. 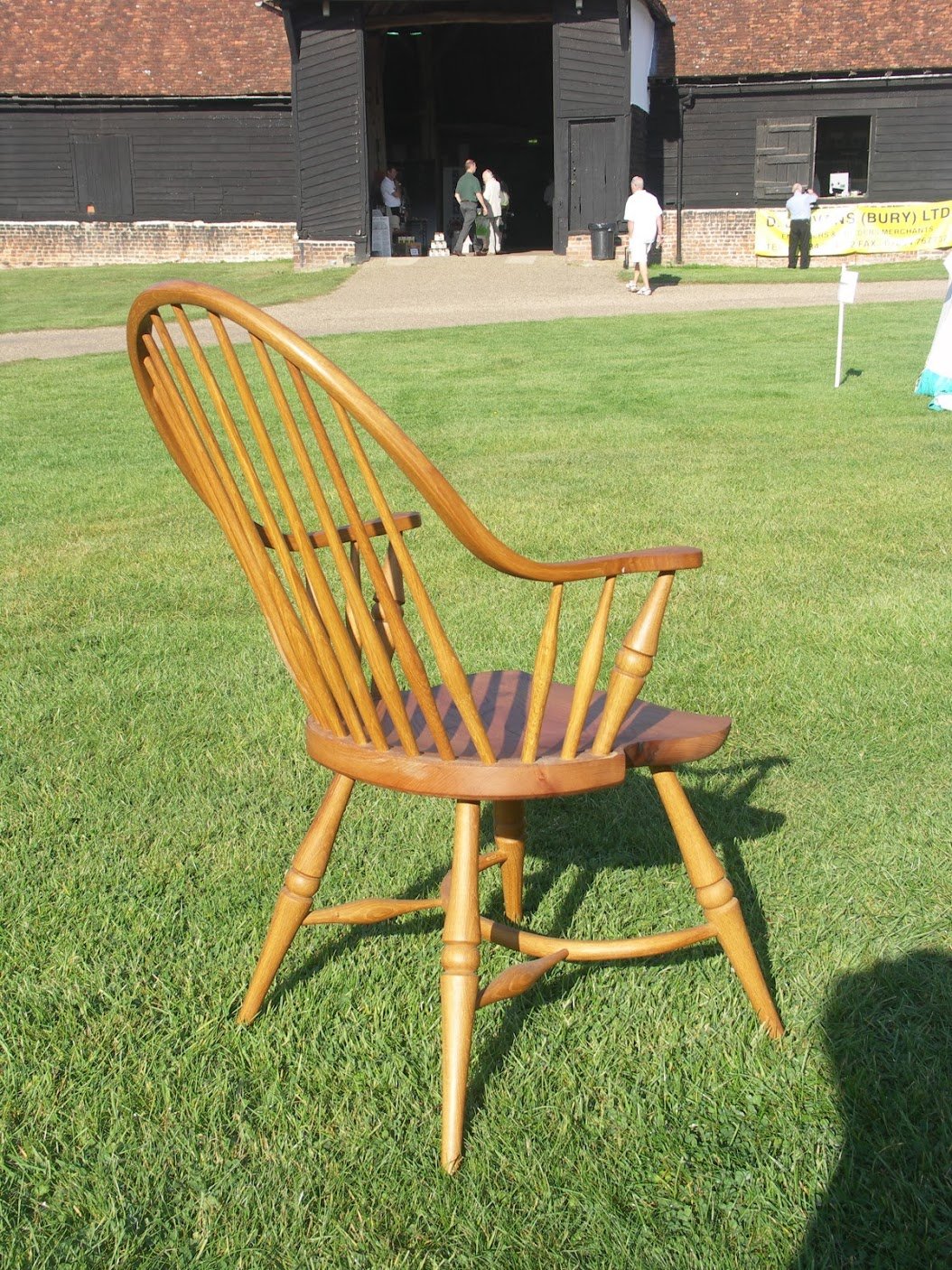 The No 14 Thonet was well known as the coffee-house chair and indeed that’s the name my mother gave to our chairs when she first introduced the style of the maker to me as a child.

It was the speed and technique of manufacture that really enabled mass manufacturing the production of chairs and other furniture pieces for the first time and many, many millions of pieces have been sold to cafes and private households to date. When disassembled, 36 of the Thonet No14s can be packed and shipped into a one cubic meter packing crate so it was a cost cutter when it came to distribution. Thonet of Frankenberg, Germany are still in full production of several of the original styles and then more modern versions in other materials come from their production lines.

4 thoughts on “Thonet—Brilliance in Design: Part I”