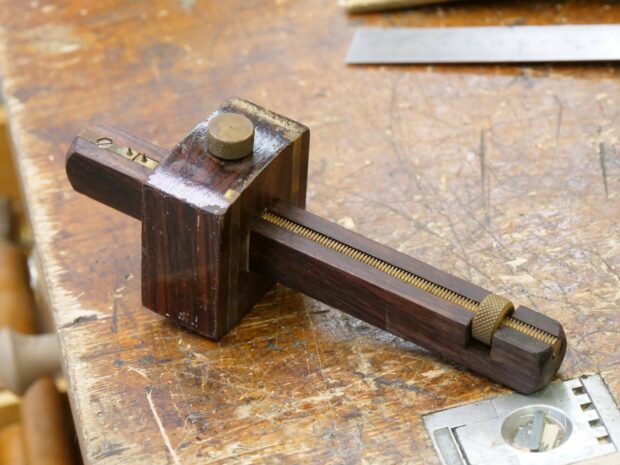 …A Treasure Finds Usefulness In a New One

It’s an unusual piece, scarce really, I’ve never seen one like it before. It’s a mortise gauge with a threaded adjustment visible in the stem. It’s unusual because the stem is rebated on both sides to hold it in place and it’s this that then stop it turning when adjusting the pin distance from the fixed pin. It’s one of those rarer eBay finds that turns up now and again, perhaps every few months, that depict the entrepreneurial spirit of an age when the entrepreneurs failed to see the writing on the wall and thought they could patent something they’d designed that would give them protection and security. It’s funny that they couldn’t predict what was happening even though they were designing for the future. They hadn’t realised tools such as these were steadily becoming less needed. Even before the patents came into being on many new designs they were rendered obsolete by a dying demand for them and something we call progress too of course was leaving them on the hardware store shelves. When this version came out the router, the electric motorised version, was already on the engineer’s mind. Already in place was the air-driven version but on the drafting board, hard to believe, was the router that would ultimately be driven by an internal electric motor. The first mechanised router came about in 1915 when the inventor, Oscar Onsrud hybridised his last name with the word router and the first air powered, hand held Onsruter emerged. This progressive invention allowed the router to develop the high speed rotary cuts of 30,000 RPM instead of only 3,000 Rpm. W`e’ve been suffering from noise pollution and polluted air in our workspaces ever since. But it was indeed an amazing development non the less. His end cutter quickly developed and the now ubiquitous router would allow woodworkers to decorate their projects with moulded edges whether indeed the work needed them or not and, all the better still, whether they had skill or not. 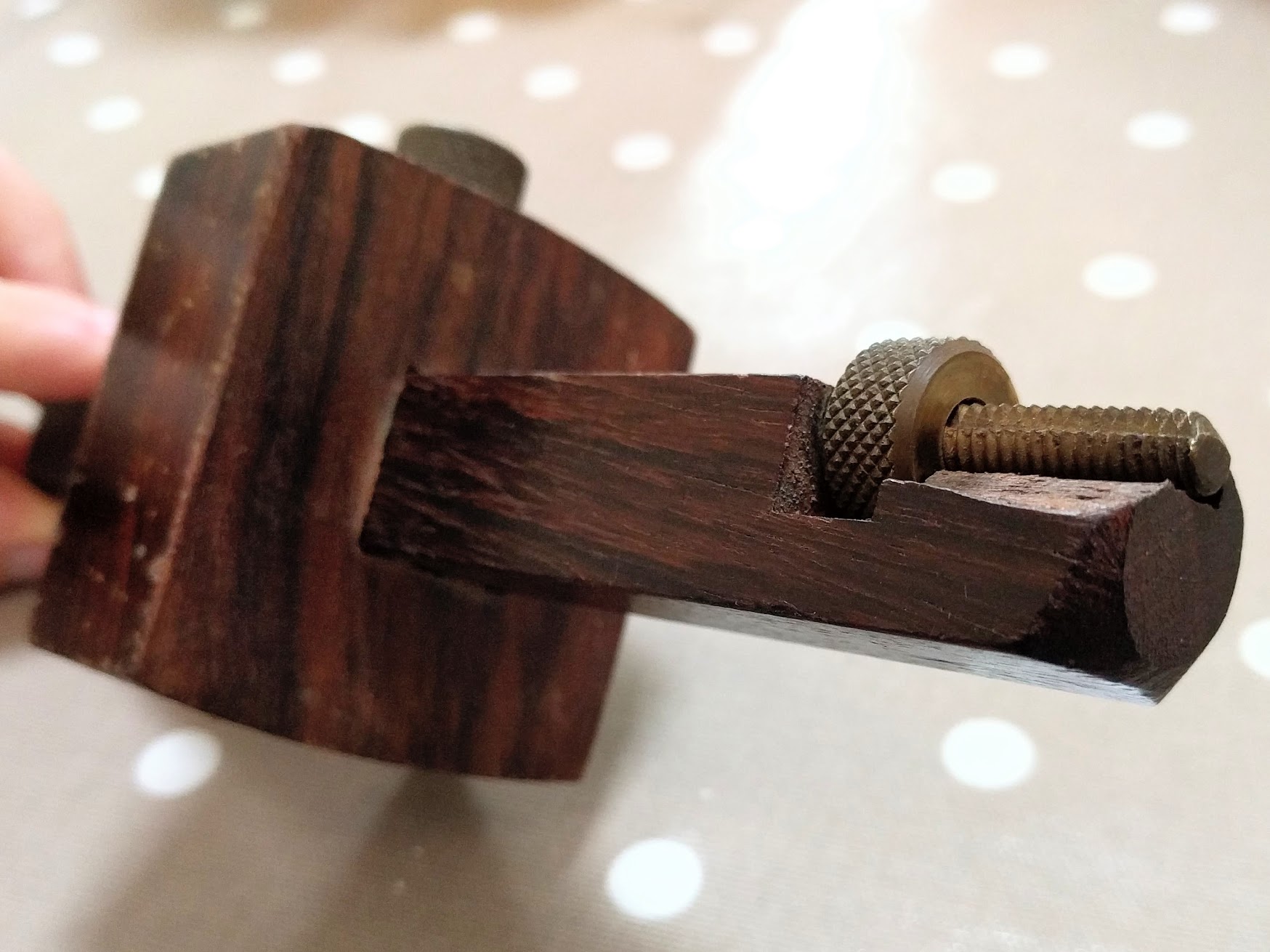 But anyway, I liked my new and very rare find even though I didn’t actually need yet another mortise gauge. Mine arrived with the damage part to the wooden stem as shown in the eBay photographs. For £12 and free shipping, how could I not buy it? The fix would be a breeze, 15 minutes work. I had the darker rosewood to do it. 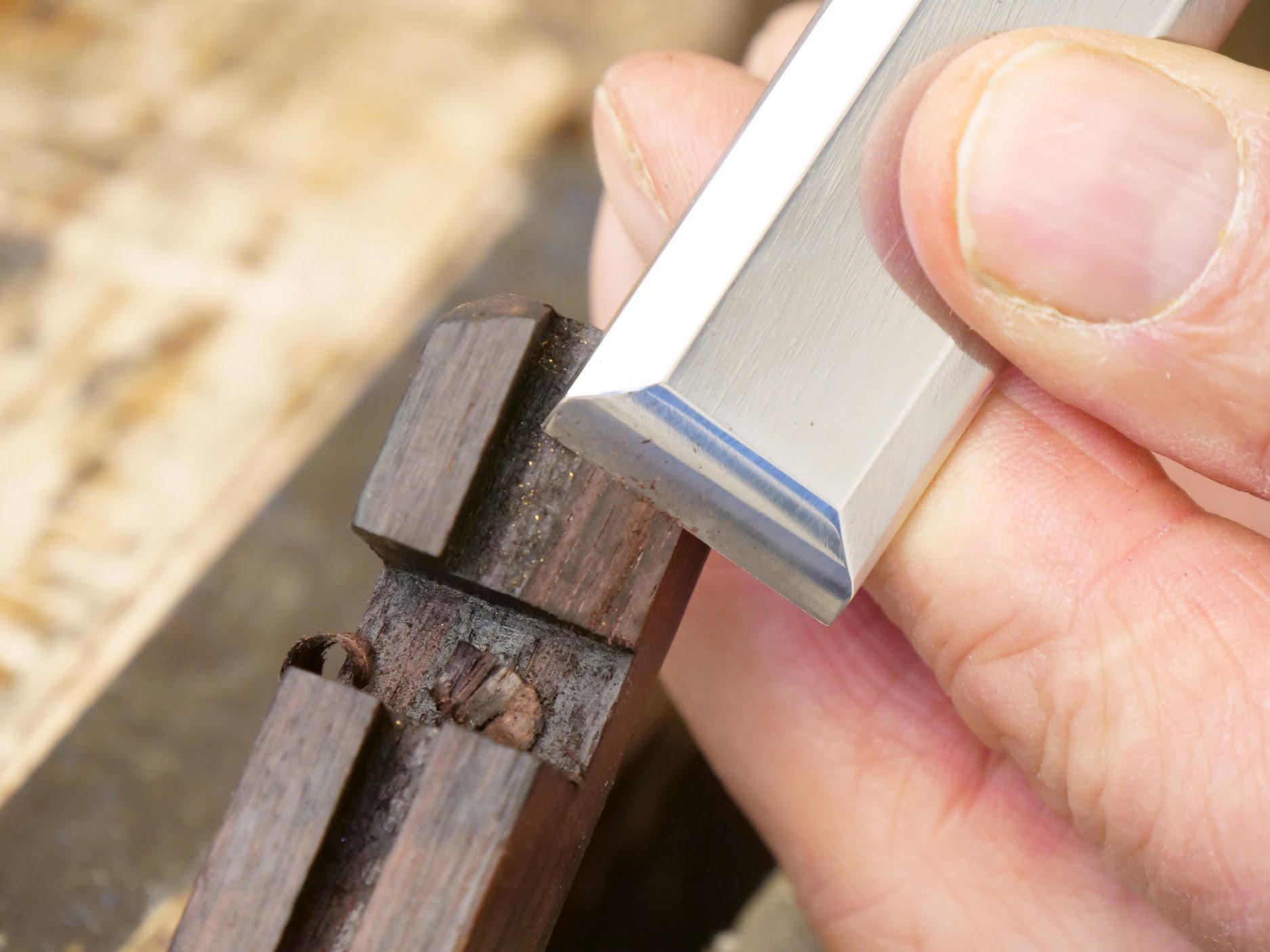 This type of fix is just a matter of paring off the waste to create the needed dead flatness and then cutting a corner to replace from some matching rosewood to match it. 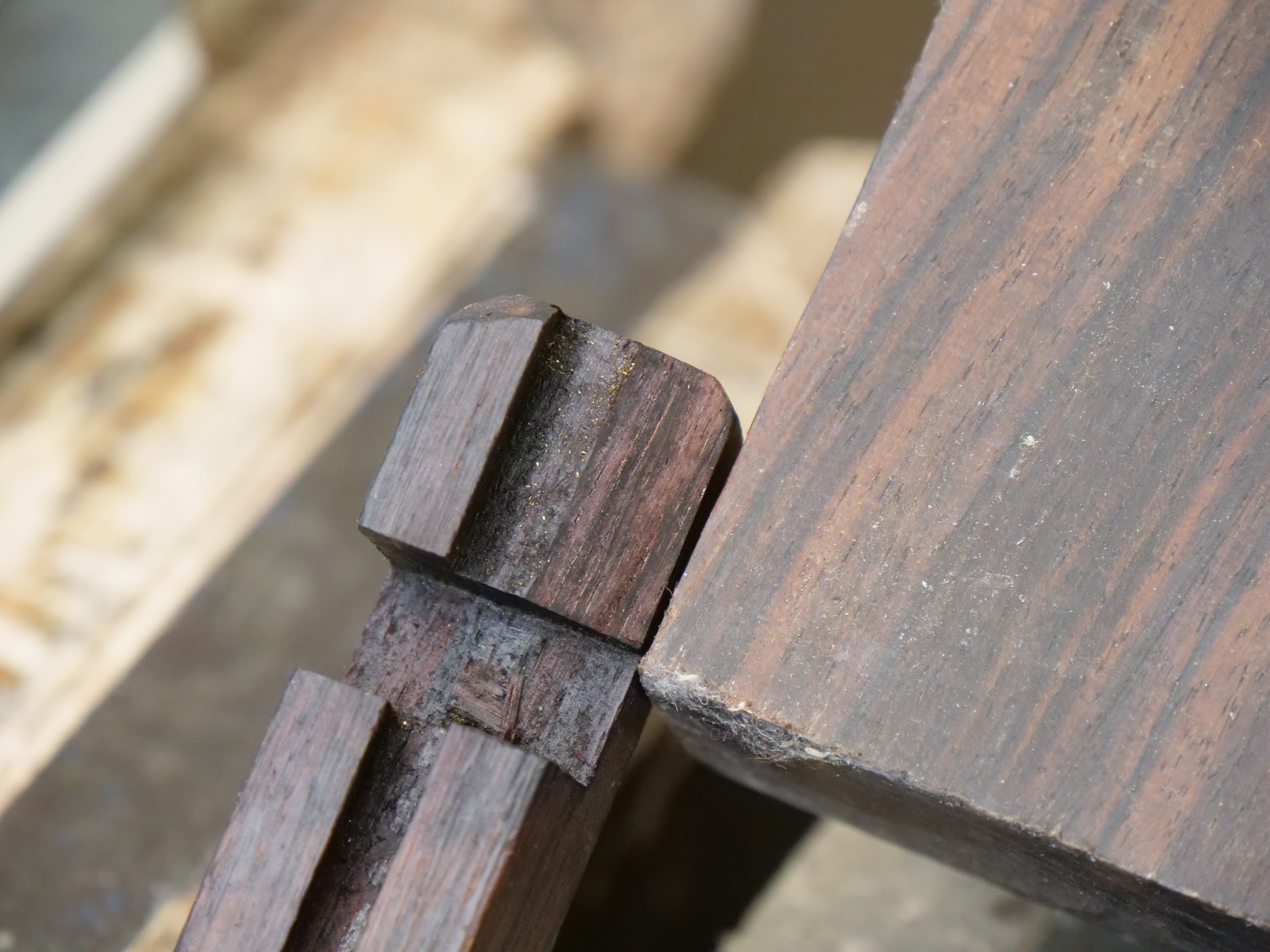 When the two planes meet well, superglue is as good as any to final-fix it in place. 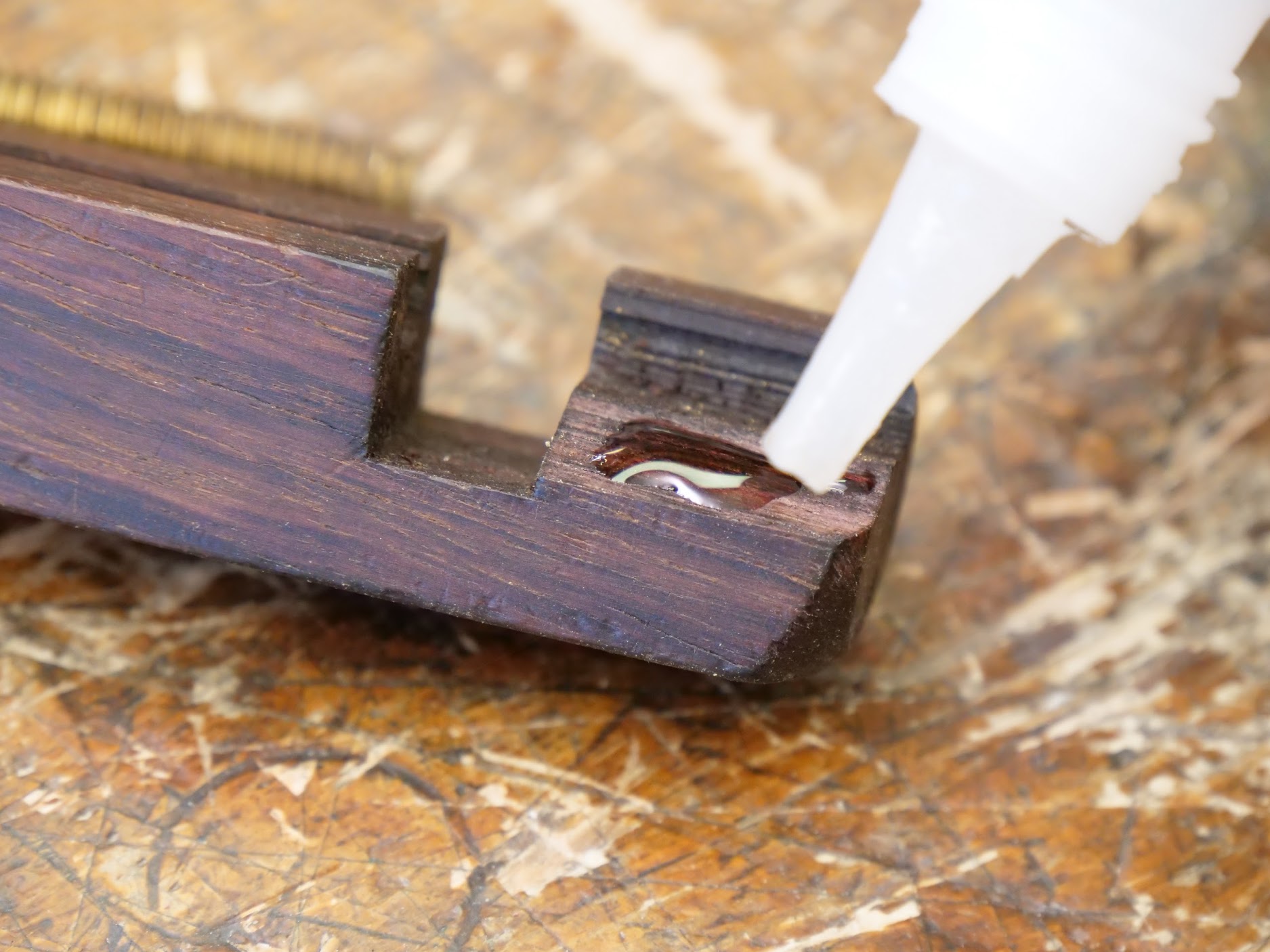 I planed the mated piece flush and used the rasp and file to renew the rounded end. 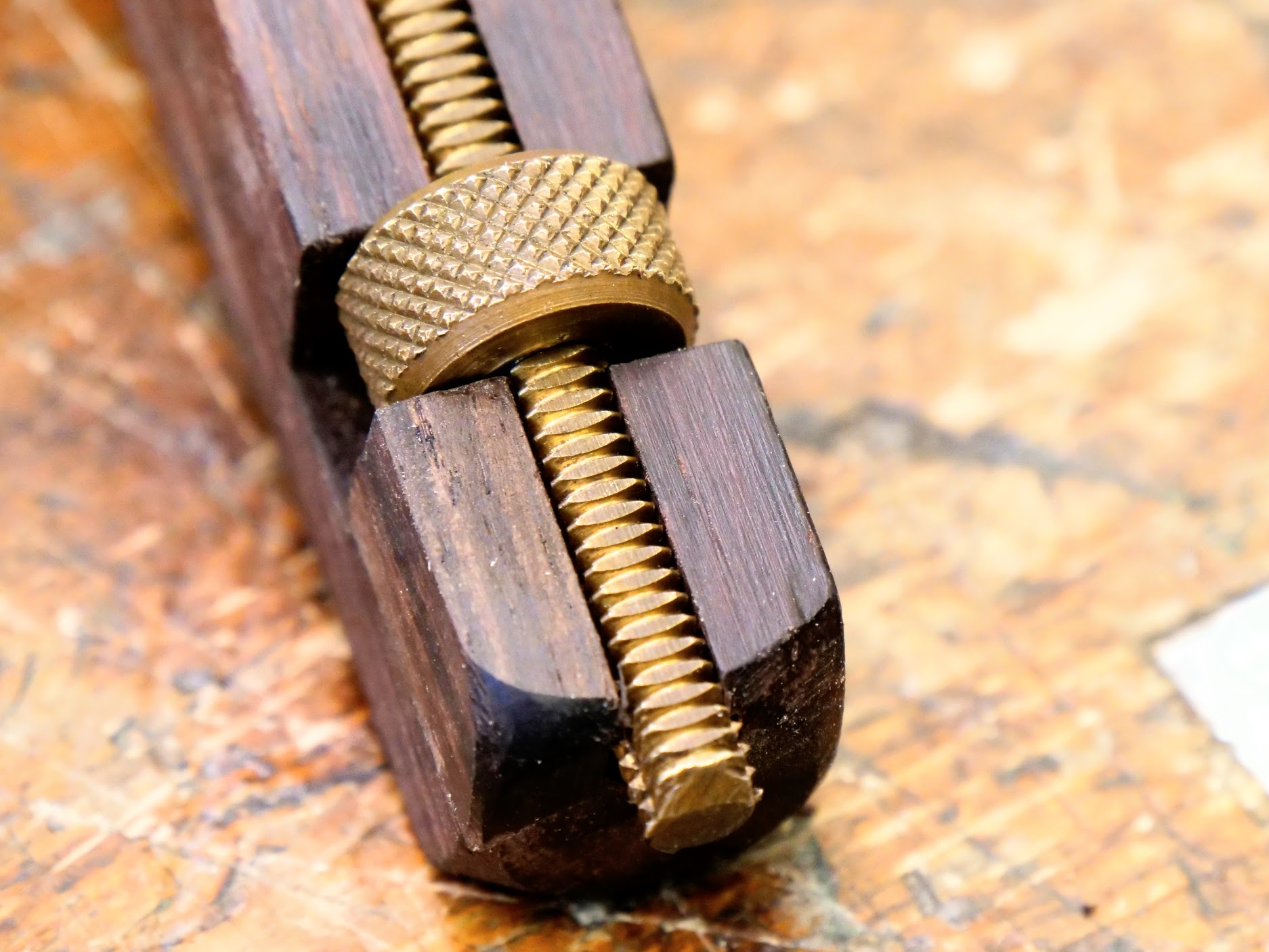 The cyanoacrylate (super glue) also works as a clear-coat sealer good enough to create a matching finish too. 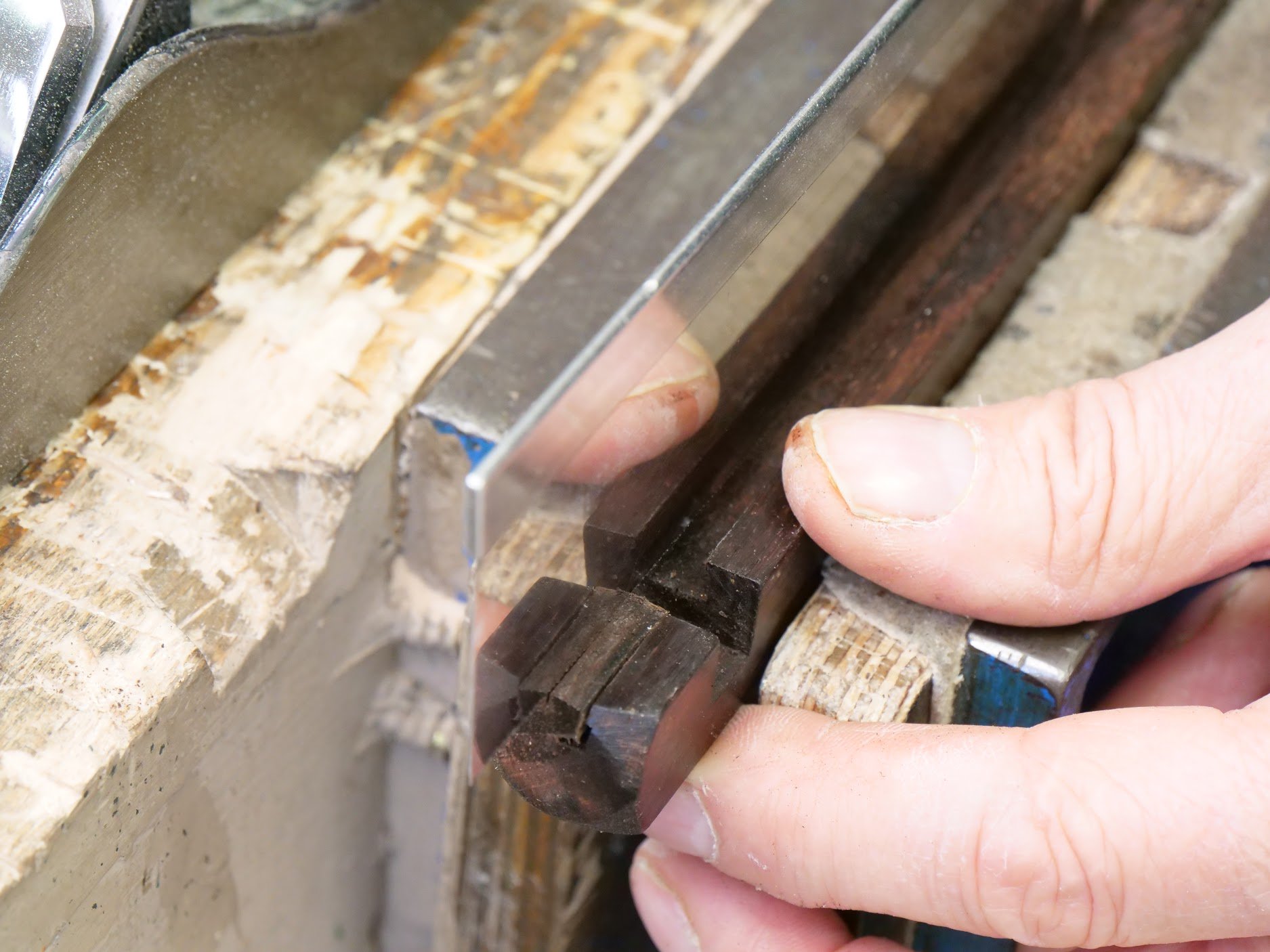 I recreated a groove on the inside by sawing down the parting line so that the wood would come away with a chisel split. 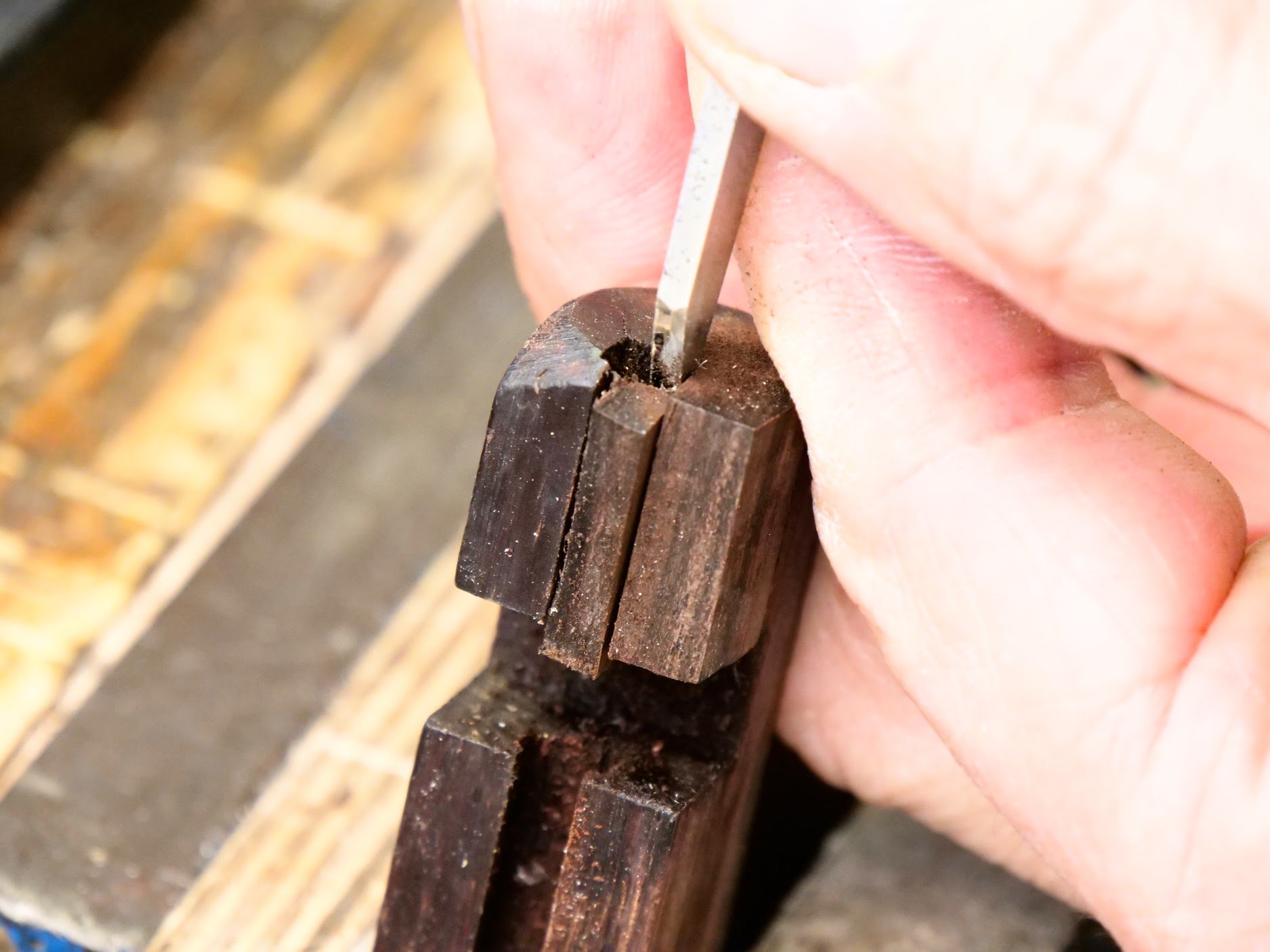 Then I had to make a groove for the threaded brass rod which I did again using the small saw and the same 3/16″ chisel.

So now I have a nice and unusual mortise gauge to work with.