You can read the article any which way you want. Or not. It doesn’t tell you anything you don’t already really know in your gut.  It just makes you think. Somehow this one was made gender specific, but in my book, based on my experience and not my opinion, teaching life skills, no matter what level, is a parental issue and both parents have responsibility for teaching such basic skills to their children. Most of what’s listed is not a school teacher responsibility. It did make me think how complex and strange our world has indeed become. The list is partly silly and of course the one who frames the issue determines the outcome, obviously. With so many so-called specialists presenting online, even though there is really no way of checking credentials as such, ‘specialised‘ teaching has replaced what was once normal parental input into their children’s lives. To further exacerbate things, these days of course, with households needing dual income capability to pay the bills and advance the careers of both partners, it’s not surprising kids are developing their own subculture independent of their their fathers at least and probably both parents. I wasn’t altogether sure where, when, how or why this attitude became accepted as the dad’s responsibility being as all things are at least considered coequal in two-parent/guardian households. As a child in my parent’s home none of the list in the article fell solely to my dad’s prompting alone, my mum had equal input too. One of six kids, I learned first that it was important to follow instruction, read a timetable for chores. The list was divided equally between the children according to age appropriate tasks. I learned to wash dishes to standard and cleaned my own and my father’s shoes while making toast for the family breakfast. Saturdays was our major clean house morning. From personal hygiene to changing and dressing babies, feeding them and understanding responsibility for my siblings was as equally mine as it was everyone else’s. All in all my childhood was made a happy and responsible one because I understood responsibility. Nothing to change. The list of course is below par for normal life but perhaps it shows how with each generation things are slipping from a more mutual assumption of responsibility to something quite, well, passive. In  reality there are another thousand individual and normal tasks any mother or father might expect from their children rather than the pampering to temper tantrums and self pitying. 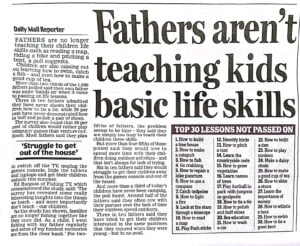 Looking down the list it became apparent that what I took for granted as a kid could no longer be taken for granted today. Playing out with siblings and friends was still a primary part of my life. When school ended I foraged for bike parts on the city dump one block away from my house. Surrounded by seagulls dive-bombing for food and scurrying rats big enough to shock even the most venturesome cat or ratting dog, I plunged myself to the depths of the pre-recycle days as if this was just normal life. Dens were my retreat. A lino-clad roof of asbestos sheeting at the end of the coal store next to the rubbish bins men in those days slung high onto their shoulders once a week. Here, at this point in my life, the Enid Blyton’s Famous Five and then Laura Lee Hope’s Bobbsey Twins came alive for me, introducing me to a class of society, called the middle-class, as a cultural group of people I really knew nothing of until my mid- to late teens. 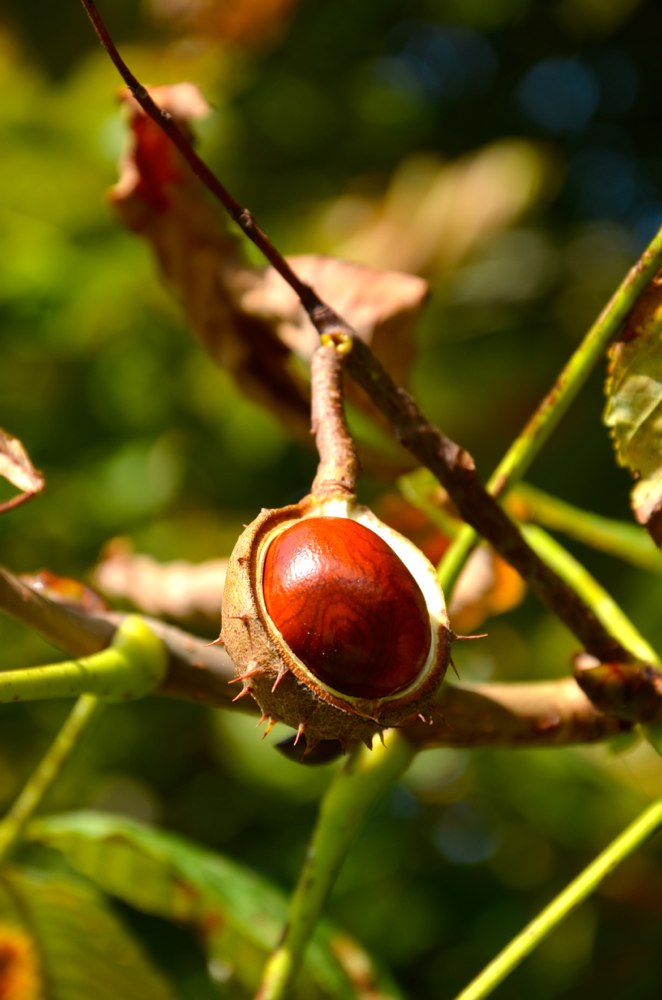 As a youngster I consider myself a fortunate. My family was largish for those days with six children and two parents who remained married throughout their life. My dad taught me how to harden conkers and to play the game. He taught me how to hold it in readiness for thrashing all opponents and in all contests with two opponents there was always a winner and a loser. Woodland walks are still crystal clear in my mind. Looking for newts and sticklebacks for my jam jar, tadpoles and frogspawn too. Teeny frogs were mercilessly kept for their cute minuteness until thankfully they escaped my warm hands into the grass below.

I developed a live mousetrap from tinplate taken from an empty oil can. I folded the edges and soldered them, tapped brass rods and made spring closures for the entry door to drop when the mouse stood on the treadle mechanism. I can make one today from what I learned at 13. Mice were caught mostly as rodents. The real need for the live trap was for me to catch and breed field voles. This was a fascination to a 13 year old boy. The voles indeed bred readily in my large fish tank and when they were released in a local nature reserve I was happy to see them go.

It was when woodworking proper came to me that I discovered a world I would enter into. At 13 I finally built something that held together by its joints. I rounded roundovers with a spokeshave and it looked just beautiful. It was all my parents could do to pull together the two shillings and sixpence I needed to pay for the wood but that investment was about to change my life. 55 years later I am still working with wood all day long six days a week and still loving every minute I do it. It never grew old, not once.

It was working with my dad from 11 in a paper mill in the evenings where I learned what it was to work with a man in an adult world outside of family. He was a hard working man, two jobs from early morning till late, around 9pm, and a man I always respected because both he and my mother were not only good providers but connected to me. Imagine reaching a point in your life when you see your past from its early beginnings and feel gratitude for what your mum and dad put into you from your childhood.