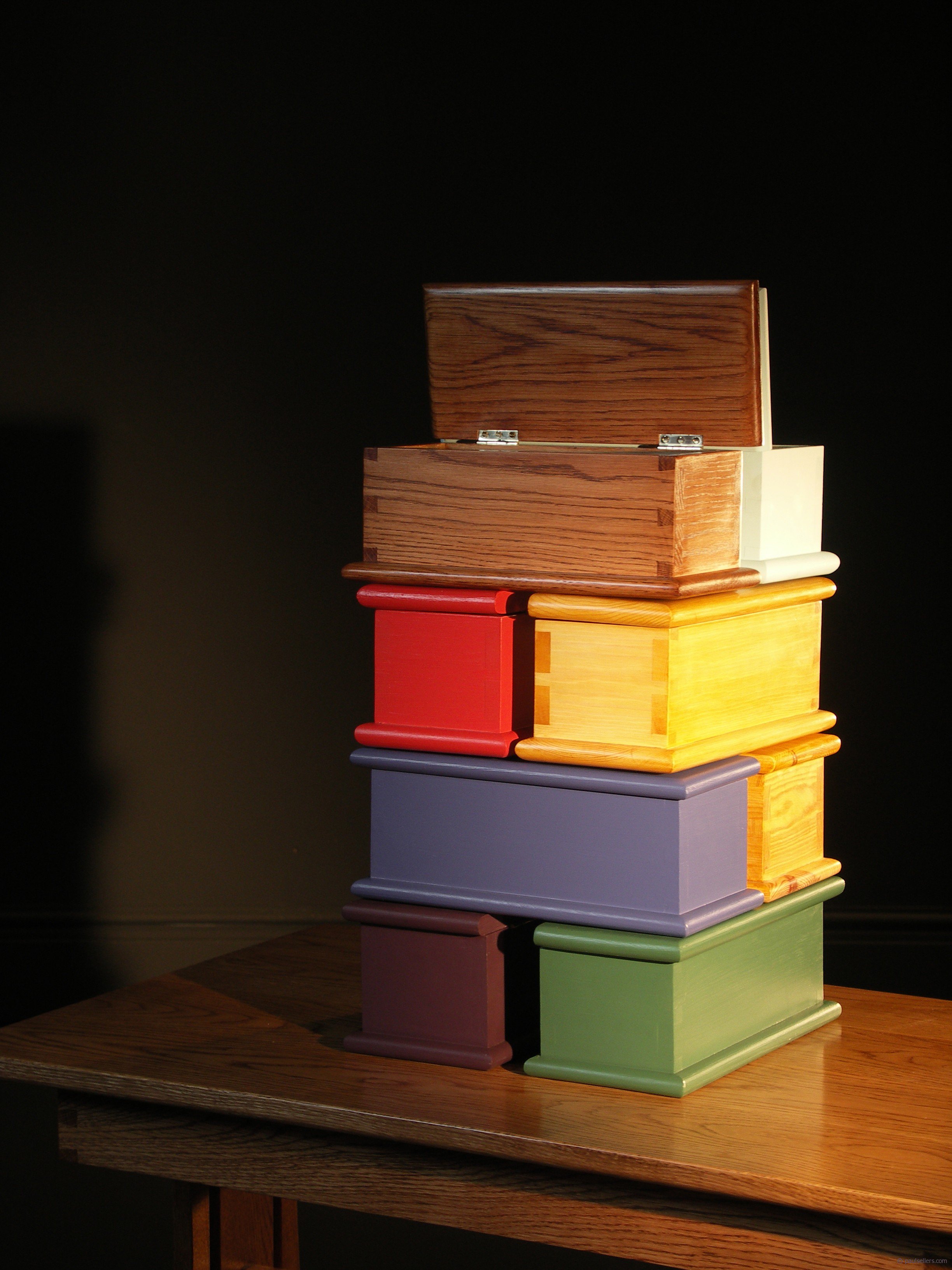 Switching off and switching on to issues like these is not always a matter of choice, in fact it rarely is. As societal demands increase and the digital world invades our privacy on levels we seem less and less able to keep control of, there can be no doubt that we live in higher levels of isolation and withdrawal then ever in history. Having food delivered to the door and all shopping available online our contact levels can become less and less without our realising it. In my world of woodworking and teaching, using the very same media for reaching my audience, I sometimes feel suspended between two worlds. On the one hand I could as in times past reach a handful of people one on one every week, on the other a hundred thousand in an hour. There can be no doubt that we reach out to a massive audience of people who want woodworking as an integrated part of their lives. With that comes responsibility. Higher staffing levels. Overhead and more. In this mix I am discovering that we often travel alongside people struggling without help and the different ways that they are seen more as misfits. Mostly we know nothing of the issues this ‘other world‘ is negotiating. Often it is easier to ignore it and to pretend we haven’t seen. But then I am discovering uniquely different people that simply put, richly contribution to our world but face difficulties because their world doesn’t fit with ours and they are struggling to reconcile the differences to be accepted. This alone can be depressing for someone. It can cause stress and anxiety. I’ve worked with some who came on courses to escape their struggles, be that depression, anxiety, stress of one kind or another, you know, PTSD and such. In the beginning I didn’t know—knew nothing of their worlds. Here I can give you just one less complex account of someone new to woodworking from many years back. It was my first encounter with such a difficulty, but I have changed his name here. 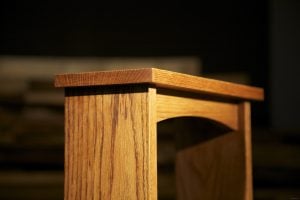 Heinrich came on a six day course. This was two decades ago now. There are many a dozen like Heinrich, but different. Heinrich introduced himself as a business man as we broke the ice at the beginning of class. He seemed shy to me, a little reserved perhaps. He was in his mid 40s. In the class we made a dovetailed Shaker candle box, a small three-tier wall shelf and a small end table. 16 people were on the course, all men. Mostly quite dynamic people, really outgoing, confident, capable. For Heinrich it was a struggle for him to be there, for the rest there was no struggle. With them all leaning toward that end, Heinrich stood out as an exact opposite. His work was good, that wasn’t the point at all, but Heinrich hated to make mistakes. By that I mean mis-take. Any deviation from the straight line visibly mortified him; he physically shrank, lifted both hands as his neck dropped between his shoulders and rolled his eyes. It was sad to see this perfectionist strive for standards ahead of his ‘earning curve‘. When ever I walked by he would hide is mistakes as sometimes a schoolboy might in class with an arm around the page. 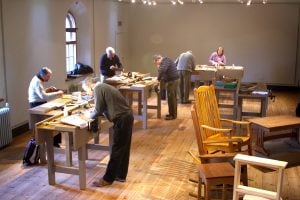 Over the week i spent time with Heinrich. He fell behind but his work improved. In the latter part of Saturday all had finished except Heinrich. They swept off the benches and Heinrich began doing the same even though he was far from from finished. As the men left Heinrich was packing his bag. I asked him why he was packing as his table was not yet finished. He said well the class is finished. I said not until your table’s done it’s not.

Heinrich was surprised when I asked if he liked pizza. I ordered two and had them delivered. We worked together for three hours and he opened up to me bit by bit. His wife had left him for another. He’d sold his business to a company and they kept him on to manage his prized business but then said they didn’t need him any more. Depression had overtaken him on his own so despite his wealth he saw no way out. But something happened in that three hours. We found camaraderie as we worked together. His work was very nice, after all, he was an engineer.

As the weeks went by we stayed in touch. He started woodworking in his garage and found a world he could work with. His letters were fun, funny, light. He was enjoying life and had bright hope for his future. I often wonder how many who follow our work have similar battles to work through. I hear often of people who discovered that woodworking changed their circumstances. That’s important to me.