…George had one minute seemed fine and the next stormed out the double doors in an almighty thrust of energy fuelled by his anger saying nothing at all to anyone and yet by action saying everything. In three bounds he reached his truck and spun a donut before a tail spinner whipped his trail in the gravel. Everyone stopped, shocked by the outburst, but quickly went back to work. I asked a student next to me what had happened and he said, “He just threw is plane down and ran out!” There was nothing I could do or say. 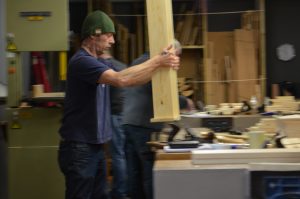 At 8am George showed up once more and I thought to myself, ‘Good!’ He marched up to my bench and asked to talk to me, “Outside.” We sat at a picnic table and he tore into me. “I have been in the military for ten years and had the very best training ever and you are the very worst teacher I have ever encountered.” I said I was sorry he felt that way. I have three options for you. You can stay in the course to the end and if you still feel that you have not had the right training I will give you the cost of the course, have your money back for this one and pay for another when you are ready to book. George seemed take aback by the options and the fact that I didn’t defend myself. I also told him that this was the first complaint about my teaching ability even though I had taught the course to thousands of new woodworkers. 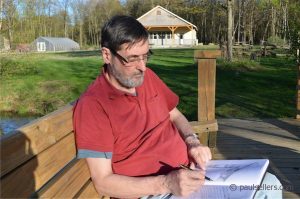 Returning to his bench, George continued his work. He was a poor woodworker and struggled to coordinate himself in all that he touched, but I stayed close. Mid morning a woman came and talked to George. They went outside. My phone rang and it was the woman who had just come into the workshop for George. “Thank you for being so kind with George. He asked me if I would invite you and your family to go out to dinner with us this evening? I need to tell you that George is bi-polar and he is also my husband. As his doctor I am able to help him as I specialise in disorders like this in my daily work.” 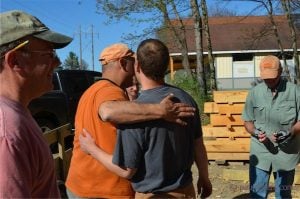 Later that evening we met for dinner. George apologised to me and said that he wanted to take back all that he had said. We all enjoyed the evening and the rest of George’s course went well as he gained better understanding of the work and saw the fruit of his hands. I was never phased by anything George had said because thousands of students had said the opposite. We all have room for improvement and of course time to reflect on situations we and others may not understand. Woodworking created a bridge for reconciliation and I took it to polarise what potentially had the possibility of worsening. The outcome was friendliness. What more could I ask for?