eBay has given us inroads into discovering tools that at one time only came via tool dealers and antique markets. Many tool dealers in the 1970s and 80s advertised in local newspapers for tools to buy and then sell on; they bought chests filled with tools, picked the best from the rest and parcelled them off to sell to both users and collectors. The dealers had their own clientele and bought accordingly with the sale in mind in the same way an antiquarian book seller or art dealer might. 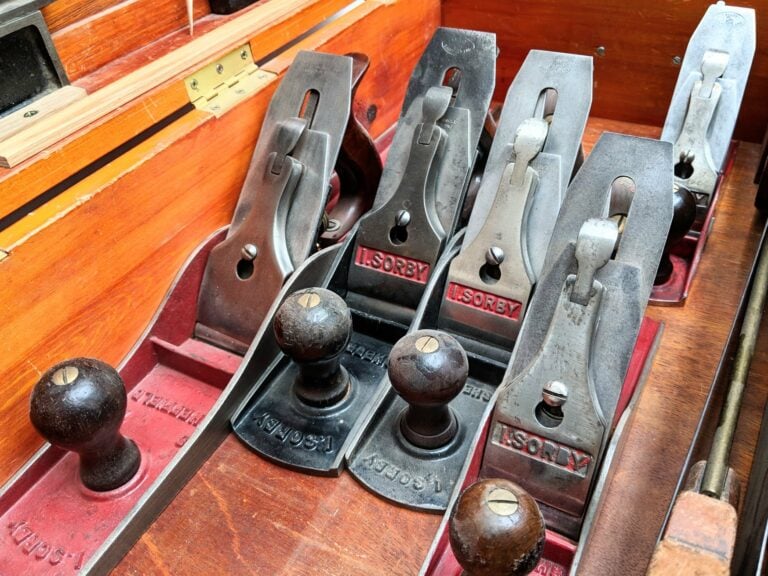 The internet changed all of that in many ways and though tool dealers still exist, tools are being distributed, discovered and collected differently now. Most of my ‘special‘ finds come via eBay and not from dim, damp dark cellars or attics even though the eBay seller may well be a dealer rather than an individual. In the 80s I bought tools only from dealers or former craftsmen too old to use them and with no one to pass them on to, today offerings come from anywhere you can imagine and I enjoy the searches and the quality of what I get in images shown to help me see exactly what I am buying. 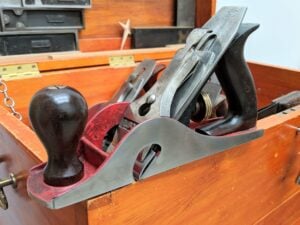 My recent buys added two new tools to my gatherings. One collectable, the other old, potentially new stock (or so minimally used you can’t tell), that just represents the truly artful skill of a master craftsman and artisan. 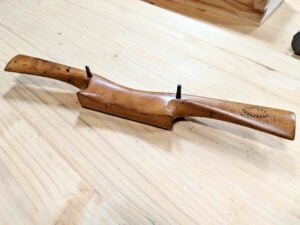 This is my latest I Sorby Bailey-pattern plane to come my way and I probably paid too much for it. It’s a #10 1/2 rebate plane, a plane I used a lot in my apprenticeship for cleaning up rebates after the frame stock was moulded by the spindle shaper, to remove any machine marks before assembling and gluing up door frames, window sashes and such. I’m never truly sure when this plane came in but it was not used to develop rebates as such, just to finesse them and then to perhaps fit a frame to receive the door edge after hanging. In terms of functionality it will work no better than the Record or Stanley versions. 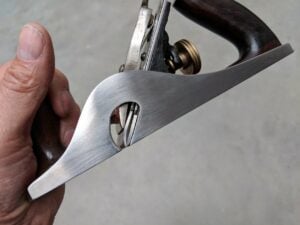 In terms of collectability it is more the rarer find. I will use it of course. I rarely keep planes just to look at on a shelf. In terms of I Sorby metal-cast plane versions of the Bailey type I am never quite sure whether I am done or not because I don’t really know exactly what they made. Perhaps that’s what fascinates me the more. There is still a sense of discovery to it as there was when I stumbled across this one. The seller in the case is a second generation tool dealer who decided to take on the business and follow on from his father, Mick. This plane was nearly ready to go and required only sharpening. I bought it on eBay still, even though I could have gone directly to Tooltiques. It’s still a family business and I enjoyed looking through their offerings. Their prices seemed quite realistic too. Often better than the sillier ‘Buy-it-Now’ prices on eBay. 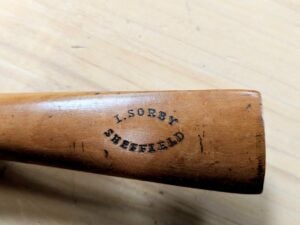 The second tool of the week for me is a boxwood spokeshave also made by I Sorby. 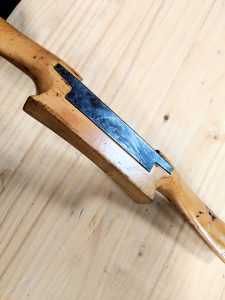 I did pay close attention to the photographs but was really surprised at the quality and lack of previous use. I must sharpen this too yet but everything is in premium condition and I am looking forward to using it. Things to look for with this type of spokeshave is discolouration around the points of the protruding tangs and rust on the tangs themselves.Excesses in either can indicate tangs that will not tap away from the body and can indeed split or snap the wood. The other aspect from pictures is that you cannot evaluate whether there is enough hold within the tapered hols for a friction tightness which these spokeshaves rely on for depth adjustment. Mine was just perfect. You should not think that you can just hammer-bend the tangs because they can be too hard and therefore brittle to bend that way.

17 thoughts on “Finding and Buying the Scarcities and Rarities”