It’s fitting for a workman to establish things. As a boy I watched men do this from time to time. People then didn’t flit, they stayed. By that I mean from job to job, place to place, change homes, such like that. They simply established themselves and stayed. Sometimes a new man came. There were no such things then as teams and team players. Silly nonsense speak. You were just a workman and you came to work to do your job. Teams were for sport. It was a long stretch for a joiner to become a team member and a team player. When the new man came he “set his stall out.” at a given bench by the foreman. All around him were established by years at the same benches and they had made their moves up the ladder via better situated benches as one man left or died. The new man got the darker corner with the most interrupted space. In time he’d be accepted and eventually move up a bench notch to a better light.

In my case I became self employed in my early 20s. That gives you inalienable rights as a master of your own work and your future. No one tells you any more to come or go or to “set your stall out”. You own everything. This is the wonderful thing about being a lifestyle woodworker, otherwise known as an amateur. You get to do things according to your will, according to your means and according to what you feel best engenders the fine workmanship you strive for. You also take ultimate responsibility for all that happens. Now tell me this. Where would you read such a thing? 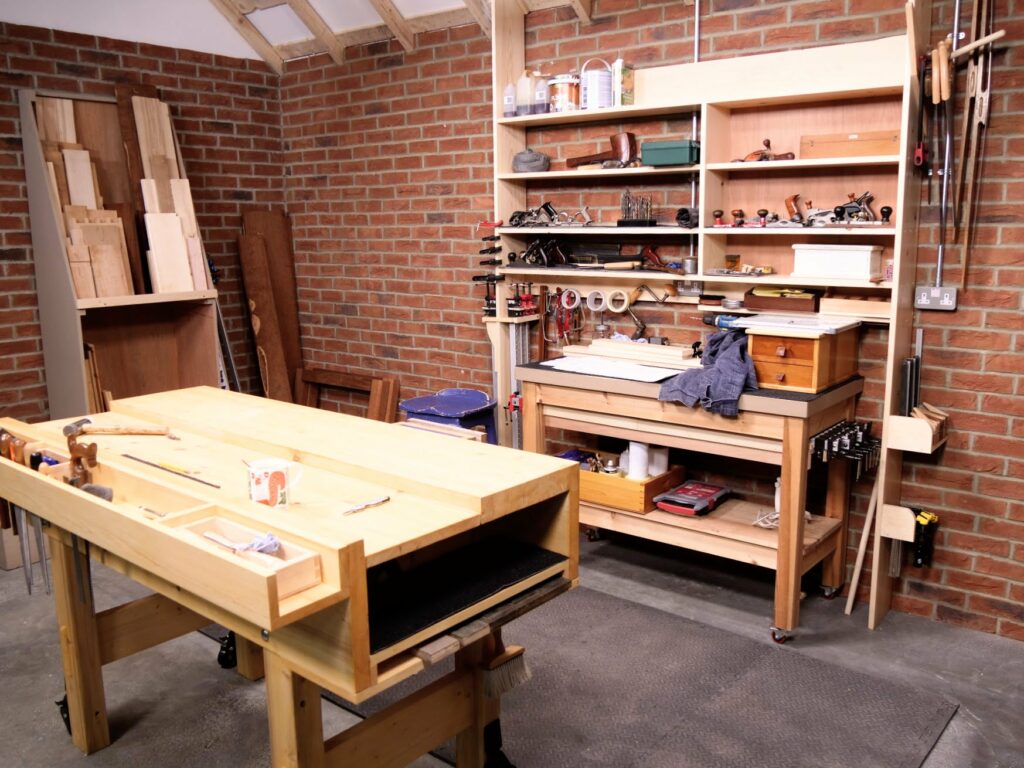 The past day and a half I’ve given myself the absolute the occasional hour of luxury placing my tools in the exact spot where I want them. 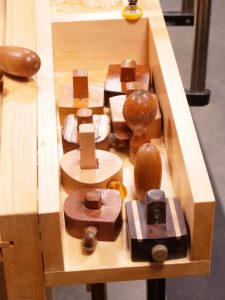 Some have reasoned differently and made comments about how this or that works better. It made me aware that living in the so-called first world presents first world conundrums from a luxurious way of living. I won’t go into details, but rest assured I have worked out what has worked practically for me for decades. 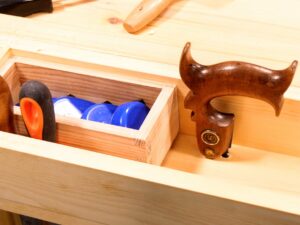 it’s not that I am not open to suggestions though. I did listen. No, it’s more that my sharpening plates and saws, my drawer and my marking gauges are not just placed but perfectly placed as I want them according to my personal interactions with them on a daily basis. Were I in a kitchen there is the theory of the kitchen triangle. The kitchen triangle is a concept if you will, a developed strategy whereby the user has determined the most efficient layout according to the positions of the kitchen sink, the cooker and the refrigerator. These three positions are linked to create a triangle via imaginary lines betwixt them. It’s a given in most homes to keep the distance between the three points short enough but without overcrowding one by another. It’s practical. 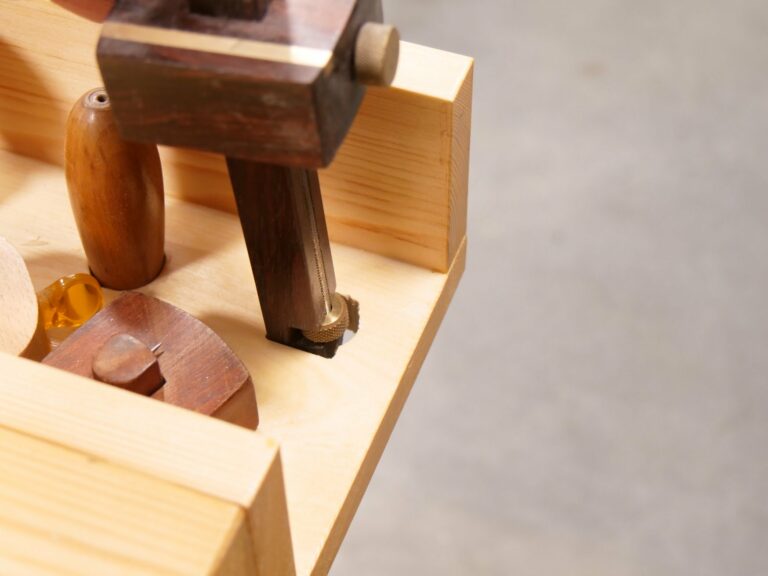 The distance for me is very different. All of my work is governed by the benchtop and the vise itself. There’s no triangle as such. The vise is my third hand and the workbench my anchor. they are an extension to my own hands and body. The worktop tends to become more crowded the longer the day goes on. Having a place for each tool helps me to organise them and to then keep organised. As they are constantly pulled to task minute by minute, having their permanent places directly attached or located on the bench itself is just plain practical and easy. In a compact place like a garage or shed, space is at a premium. Organising not only the tools but the way they hang is very helpful. My joinery saws, planes, layout tools and chisels are barely two feet apart. Dead simple and easy. Because I sharpen up many times a day, my sharpening plates and strops go where they have been for decades. After the video we made on some of the bench upgrade I went back in to refine my work; micro-adjusting the little details. Rasps and files found their home, as did flathead screwdrivers and chisel trays, scrapers, my combination square and my tape measure box. I have my lesser used chisels there in front of me but having the chisel tray means I can pull the size out that I want or I can pull out the whole tray and place it in the well. Other tools are immediately behind me, still only a spin on the heel to reach them out.