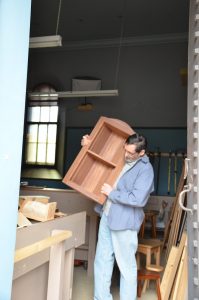 One of our earlier projects in the castle years ago.

It’s not confusing to me, but it could be for some. Go through my history and you’ll see my life journey begin  in Stockport, England, near Manchester. It was from there that I migrated to a new life in the USA and built my Texas home, continuing my lifestyle as a woodworking furniture maker designer. Two decades passes quickly and the National Trust UK in North Wales provides me with a wonderful workshop in a castle, Penrhyn Castle, to start my New Legacy School of Woodworking. In spots in between I travel twelve US states in quick succession four times in four years to teach woodworking masterclasses for The Woodworking Shows and then we start to make videos in places ranging from the castle to my back garden and now you see me in what looks like a come-down in a garage. Whoah! What happened? 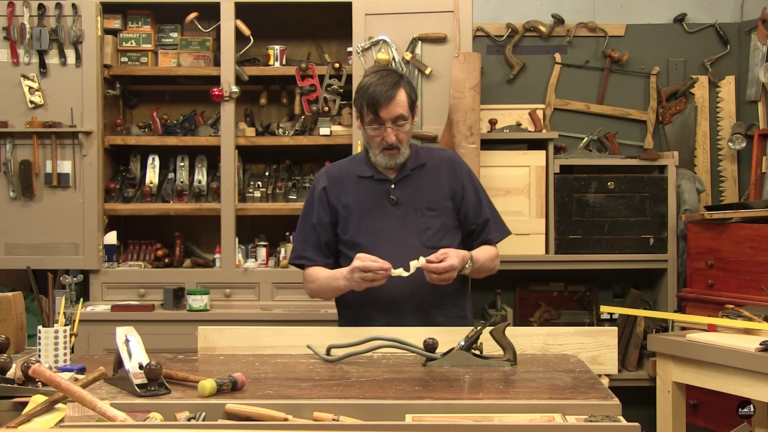 For me it’s all part of a very cohesive whole. Oh, there are a few seams here and there, but it’s more an unfolding plan than a haphazard series of events. In 2010 I began considering the possibility that there was an emerging generation that would or could never visit me either in the US or the UK. Many hundreds of thousands of them. My touring and my teaching showed me that these woodworkers were the backbone of future woodworking and that they were the ones really searching the internet looking for good content on hand tool woodworking. I had proved what I was teaching was good on a person to person level in direct contact via classes and shows. The question was would people believe that they could learn woodworking with me online via social media and online classes with woodworkingmasterclasses.com. Well, it was me that wasn’t sure and not the audience. 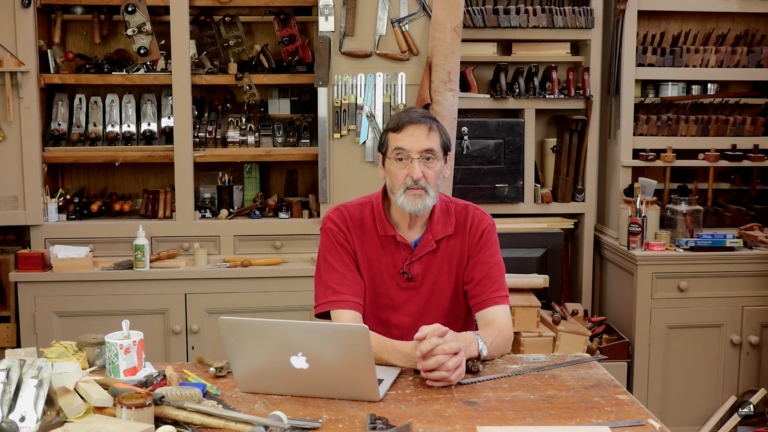 Our first serious filming was on an Apple iPhone at  woodworking show in the North of England cutting a dovetail. Soon we were filming in the castle with two camcorders. Today In heard people are little confused as to exactly ‘just where is Paul Sellers?” I see now where the confusion has occurred. If you see one of many a dozen videos from pre 2015 you’ll likely see me in a castle with dark grey walls and slitty windows as above. Join me in early 2016 you will see my in a new and somewhat white-walled workshop a little way outside of Oxford in Long Wittenham, only a few miles along the Thames River… 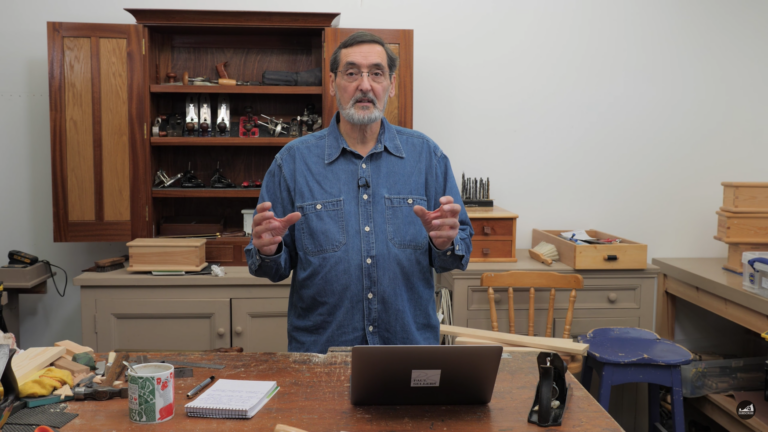 Scaling back the excesses to distill down to the reality of what I really rely on was a real challenge for me and then some of you too. I have no doubts now about the decision, but it was a difficult one.

…but then you’ll see me building and filming my workbench series in a new garage space. What? What’s going on Paul? 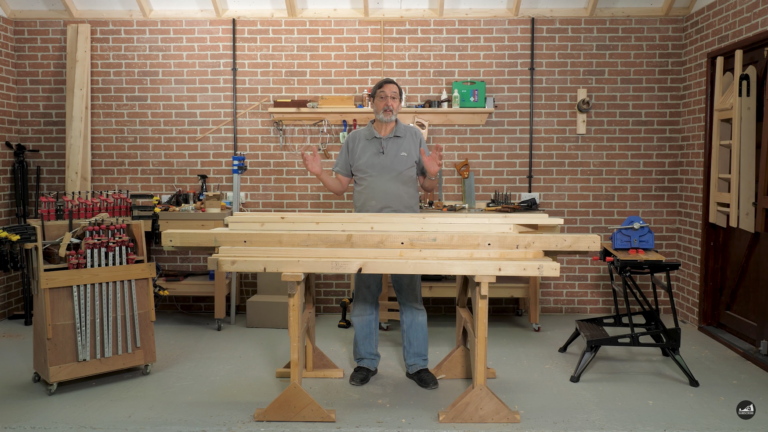 The mock-up garage where I built the workbench we filmed as a series for YouTube.

So what really happened here? Well, we did the research.  That led to an experiment where we built a dummy garage film set to trial our idea that, because our findings showed that the largest percentage of you, our audience and friends, worked mainly in a single-car garage sized space or less, and we knew that my woodworking was always done in a similar sized space, we could reconstruct a real garage sized space as a permanent space for me to create my future work and video content in. So, now I make fine woodworking happen without much specialised equipment and an incredible workshop facility that I just love. What I discovered was that my garage space was extremely efficient. It’s a fantastic space, big enough to make anything I want to in. 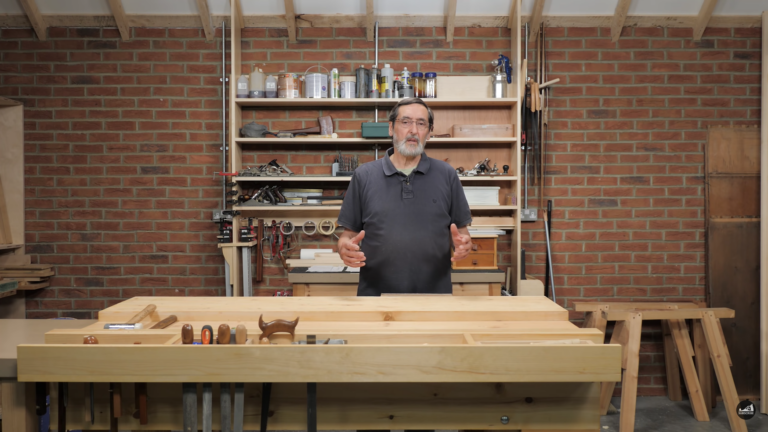 The beginnings of my new garage workspace replete with workbench. For me it’s the real McCoy!

Why would I want anything else? Anything bigger? Anything more ordinary? Beautiful things are often made with ordinary hands, ordinary tools by ordinary people. That is the historical background of most if the world’s finest furniture and woodworking treen. Why change it?