…It’s On its Way (the YT Video) and You Shouldn’t Live and Work Without One! 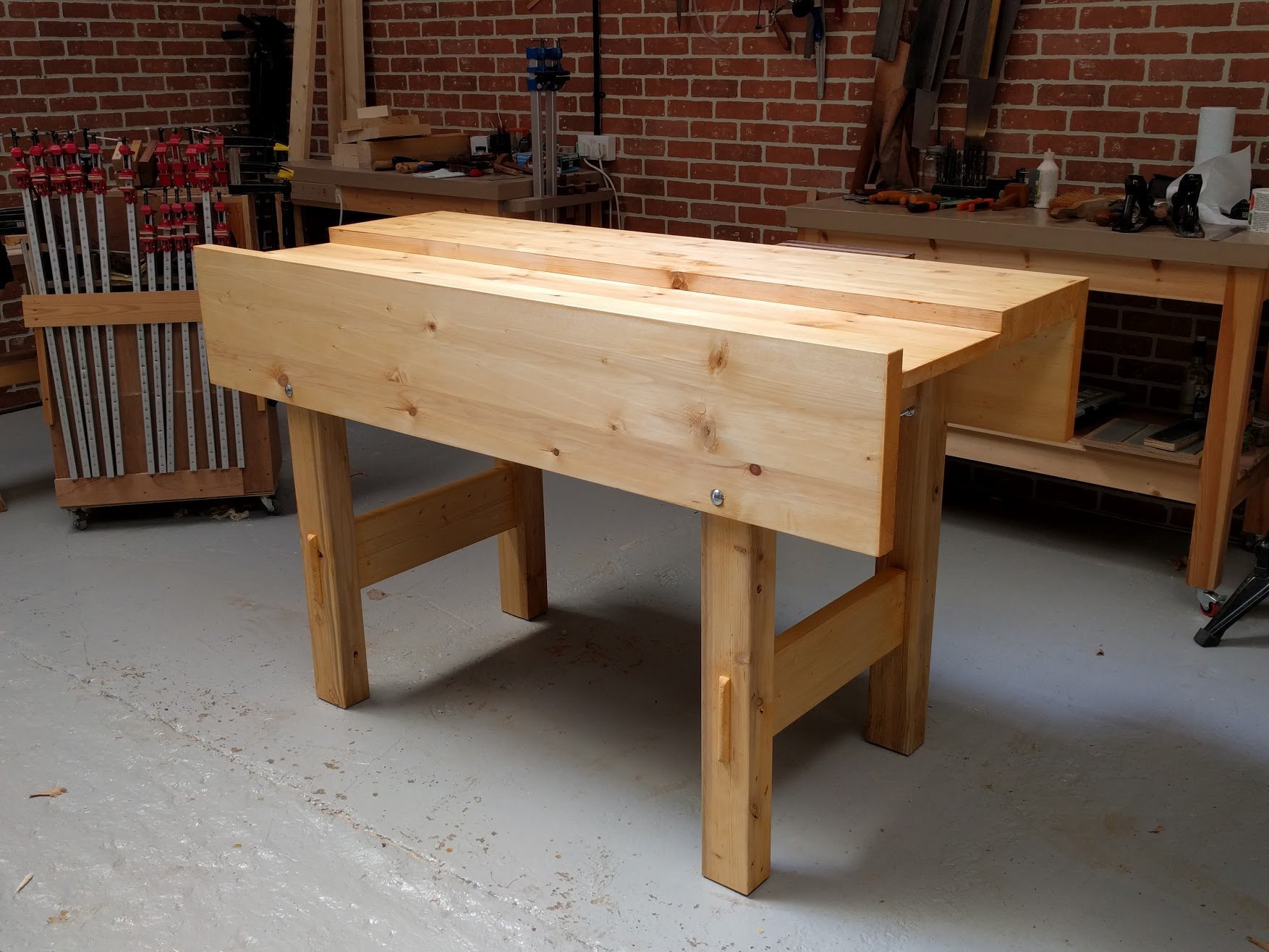 For a few weeks there I had to do that very thing with my new workbench. And I must say it was a strain for me because I have relied on one in all of my workbenches for decades now. To say that this one small thing is essential to both my working and my wellbeing is very much an understatement. You should try life with one for a month and then tell me it gets in the way, you don’t really need it or there’s a better alternative. It’s likely to be one of the best investments of your time you’ll ever invest in. I made (and others filmed its making) it in about 2 hours, replete with half-lap dovetails, housing dadoes and a through-tenoned back. Tonight it’s glued up and in the clamps for the night ready and waiting for tomorrow when I shall fit it to the bench opening. If you have made the workbench and don’t have the drawer yet you will find this a fascinating project all the way through, especially if you have never made one. It’s the perfect place to start out drawer making. I thought about seeing if I could make one in a half hour totally by hand. What do you think? 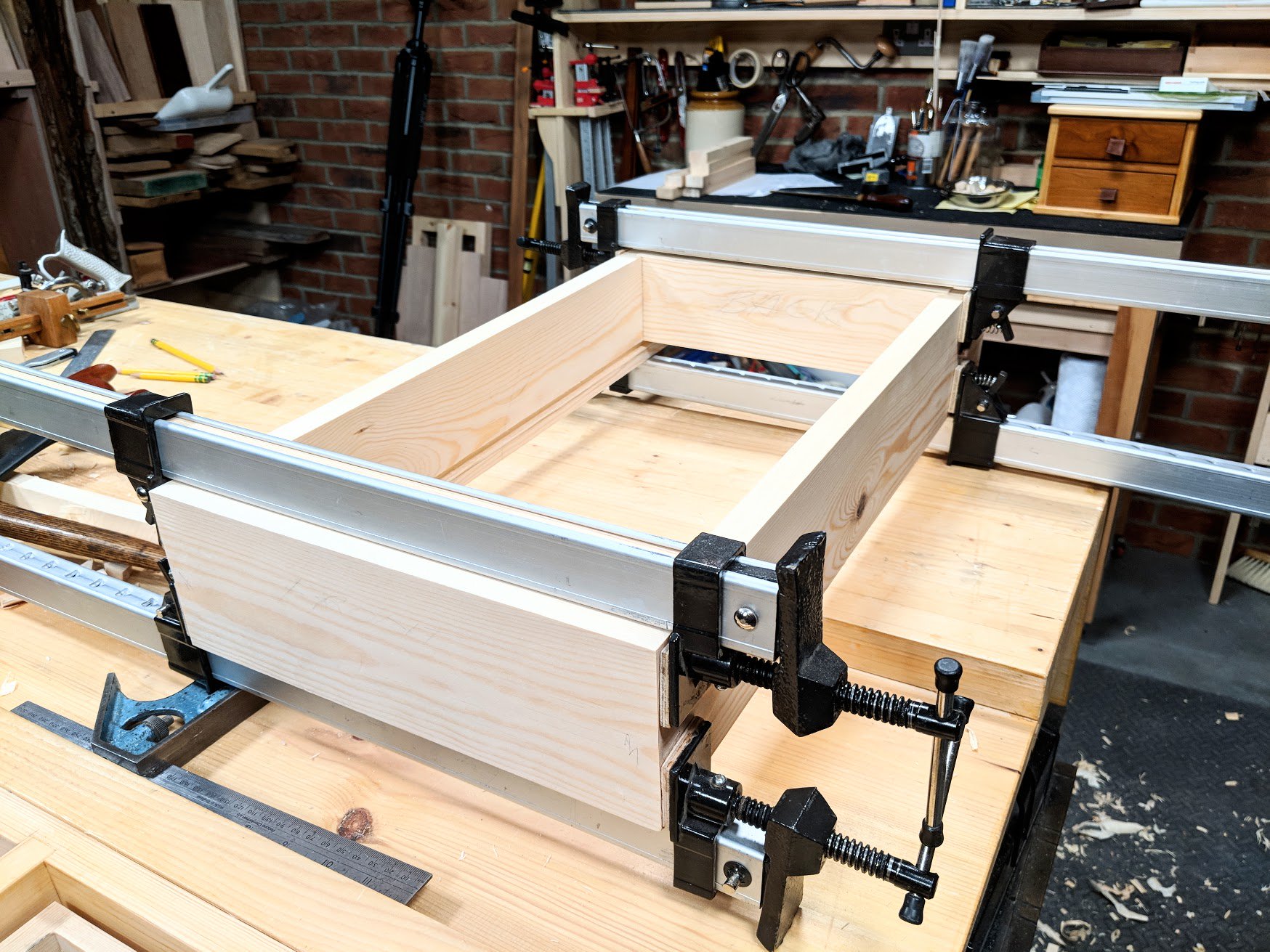 Along with the workbench drawer, which is itself a treatise on basic drawer making, I am making a wooden waste bin for my shavings and such. A fairly simple affair but the important thing is that I will no longer have to stare at the plastic apology for one that I dislike so strongly. Plastic, stainless steel, they just seem inappropriate and out of place in a workshop yet that’s what most woodworkers have. I feel to be less and less accepting of plastic as the norm for such things. I thought about it and concluded that it’s because they are so out of place that I want rid of it contaminating my eye view. They just have no place in my workshop. 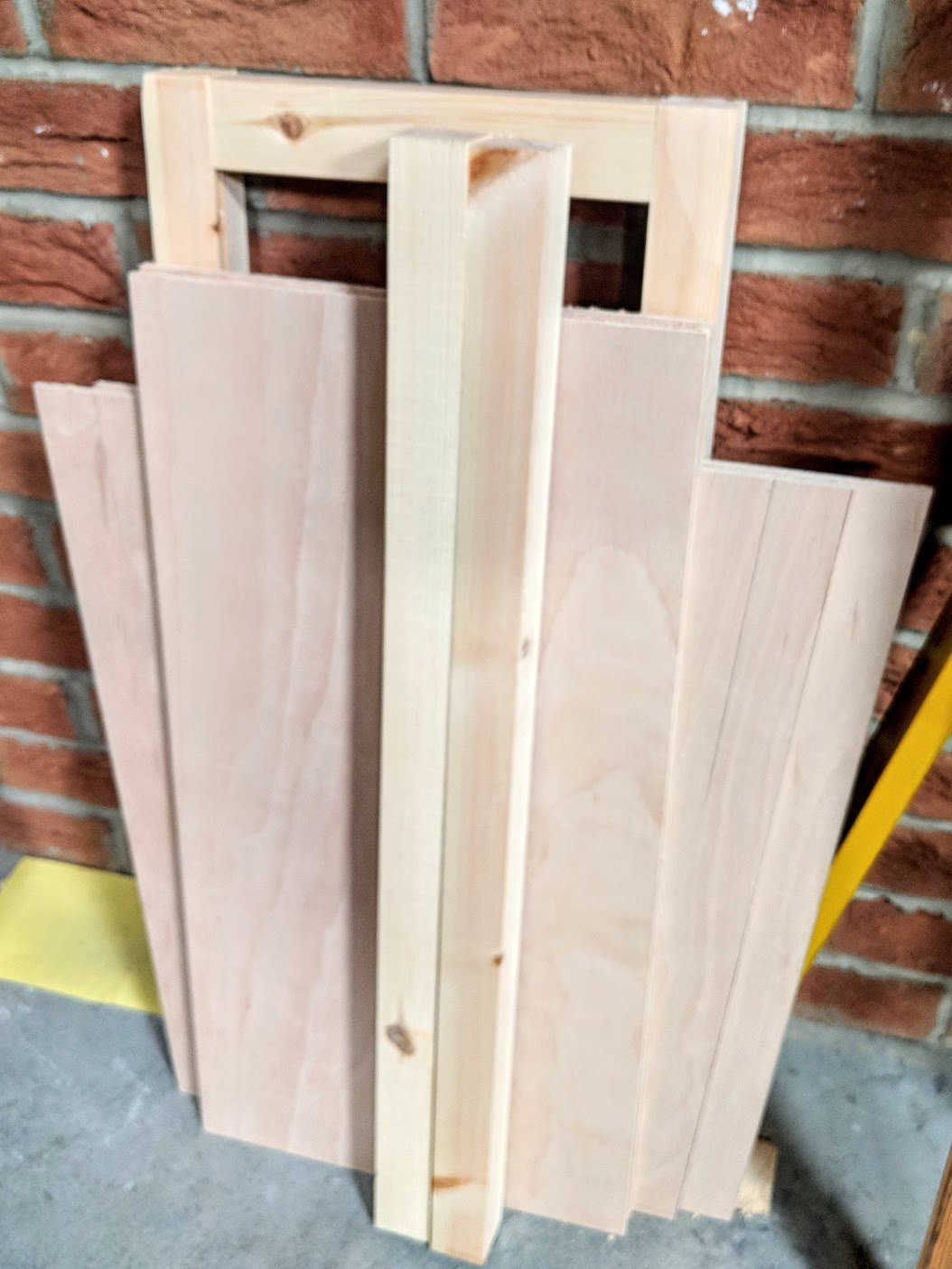 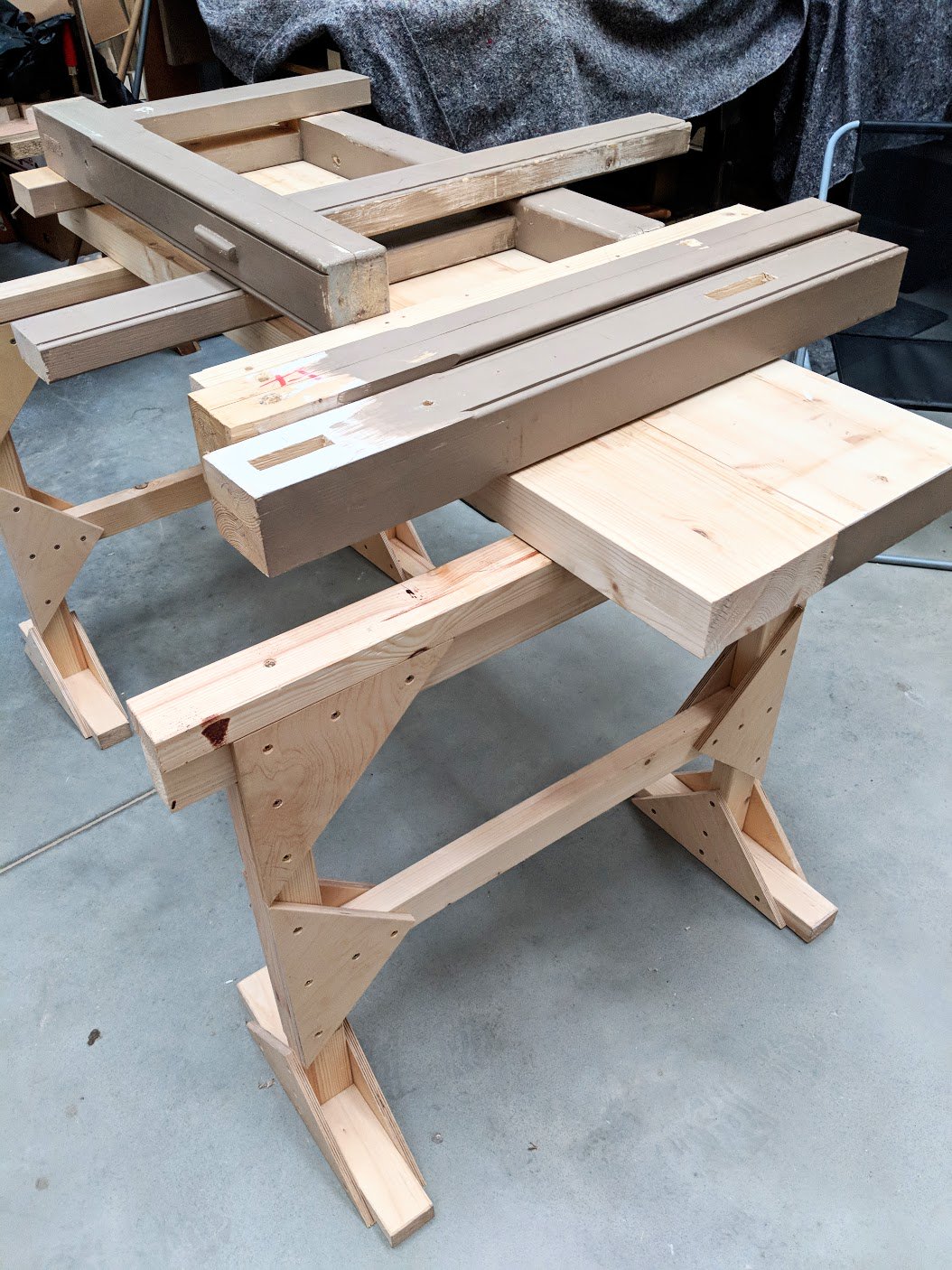 Hannah has a commission for a compact workbench and she is pulling all of the parts together from up-cycled, recycled wood to do that. It’s not a woodworker’s workbench but more a metal working mechanic’s one. I gave her wood from a former school bench I no longer needed. It was mine actually. She’s a lot more confident about the task these days than she was say a year ago. I guess she had withdrawal and felt lost after working on her tool chest for so long. 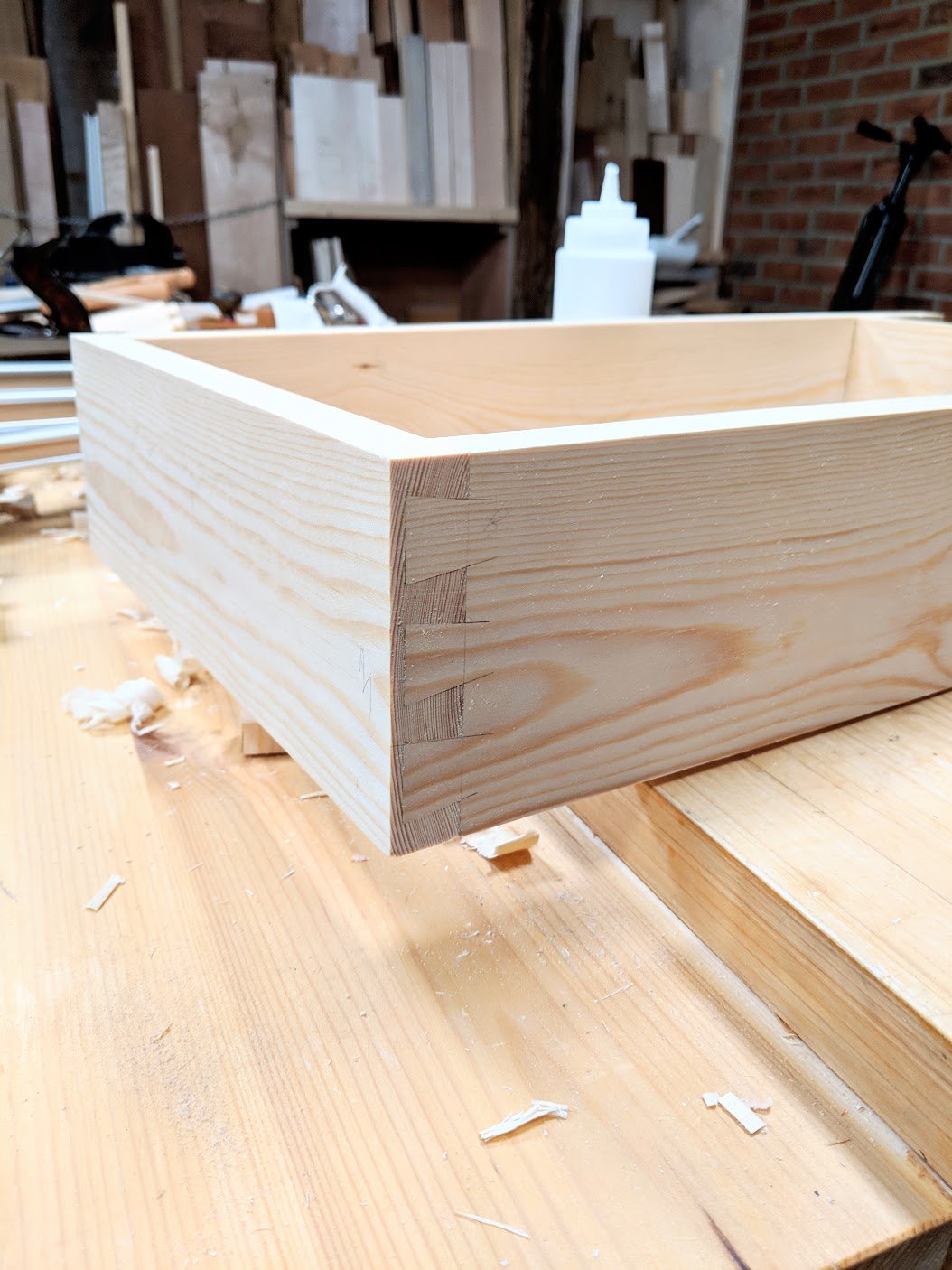 In the day to day I spend time drawing and sketching, developing ideas and bringing them to the stage for videoing. With a true team like ours there is a lot of interacting to make everything coordinated. I really do have to turn many things down these days because of the higher demands but I am most fortunate to be able to do what i do. So many new things happening every day in the background at the workshop and soon I will be making an announcement for something that is very close to my heart. Stay excited won’t you?