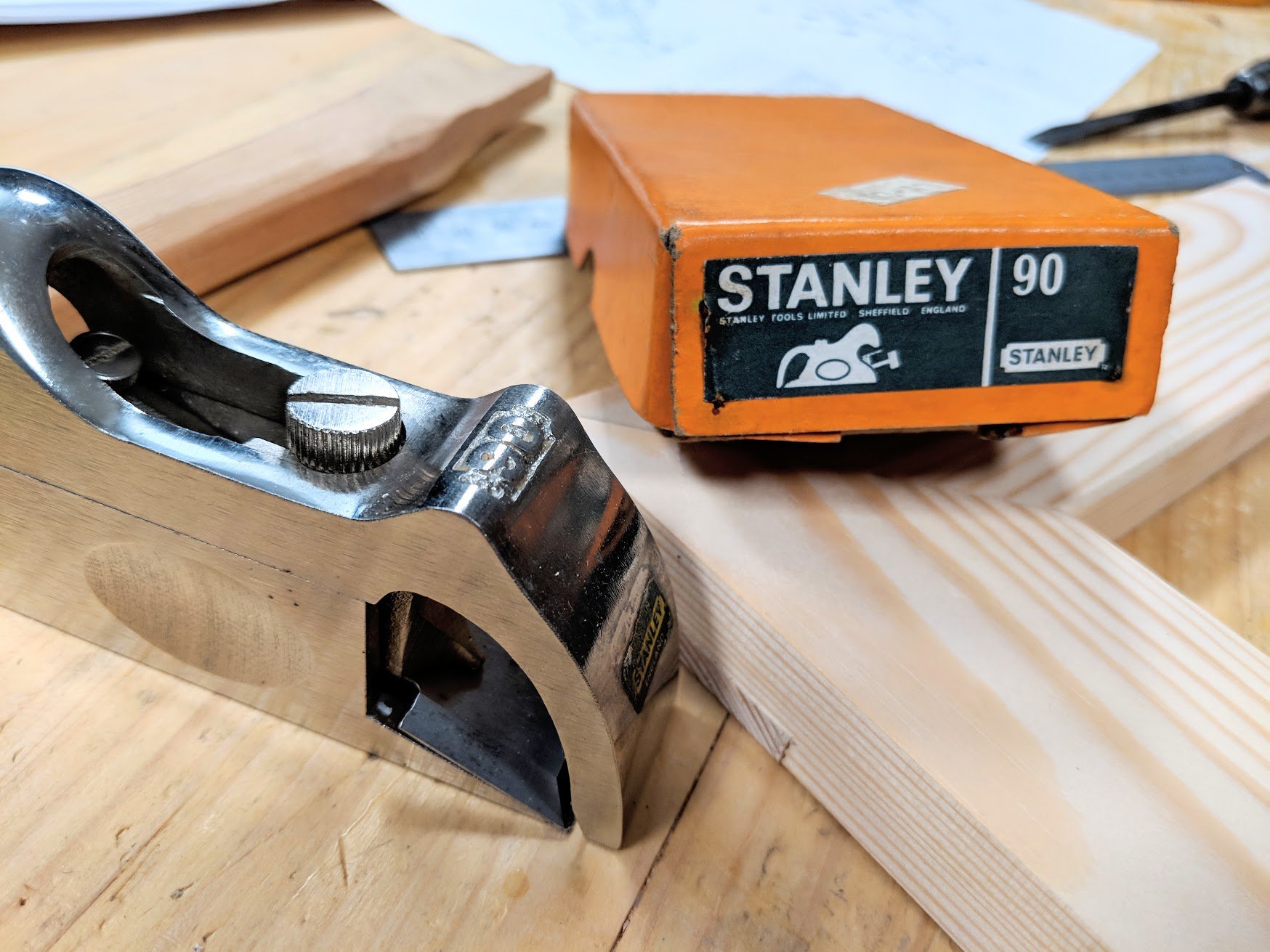 A new Stanley #90 is a true treasure to own and its design is flawless.

In my view the Stanley #90 bullnose plane, the one with depth adjustment, not the 90J, is a world best. I find the sloped nose gives better entry in awkward corners rather than the more blocky, squared off ones. It also fits my hand best. I bought an identical one to my own on eBay in near new condition. Whereas mine cost me about £4 new, and the one shown cost £13.43 new, the eBay cost to me was over £56 plus shipping. My recent posts about things past and passed are not meant to be nostalgic memories, even though they inevitably are, they’re to more link issues people today may know little or nothing of to better understand that such tools are far from obsolete or redundant to today’s needs, and also to say that no new design exists that functions better or offers greater longevity. Whereas many elements of life rely on changing designs by virtue of being more fashionable rather than better by design—what’s under the hood or bonnet is most often the same or similar to what’s been there for decades. Woodworking hand tools seem to have somehow resisted fashionability; practicality itself has perhaps been able to defy or at least defer change for changes sake to the point that the planes listed next all look the same because they are quintessentially the same plane made by different makers. 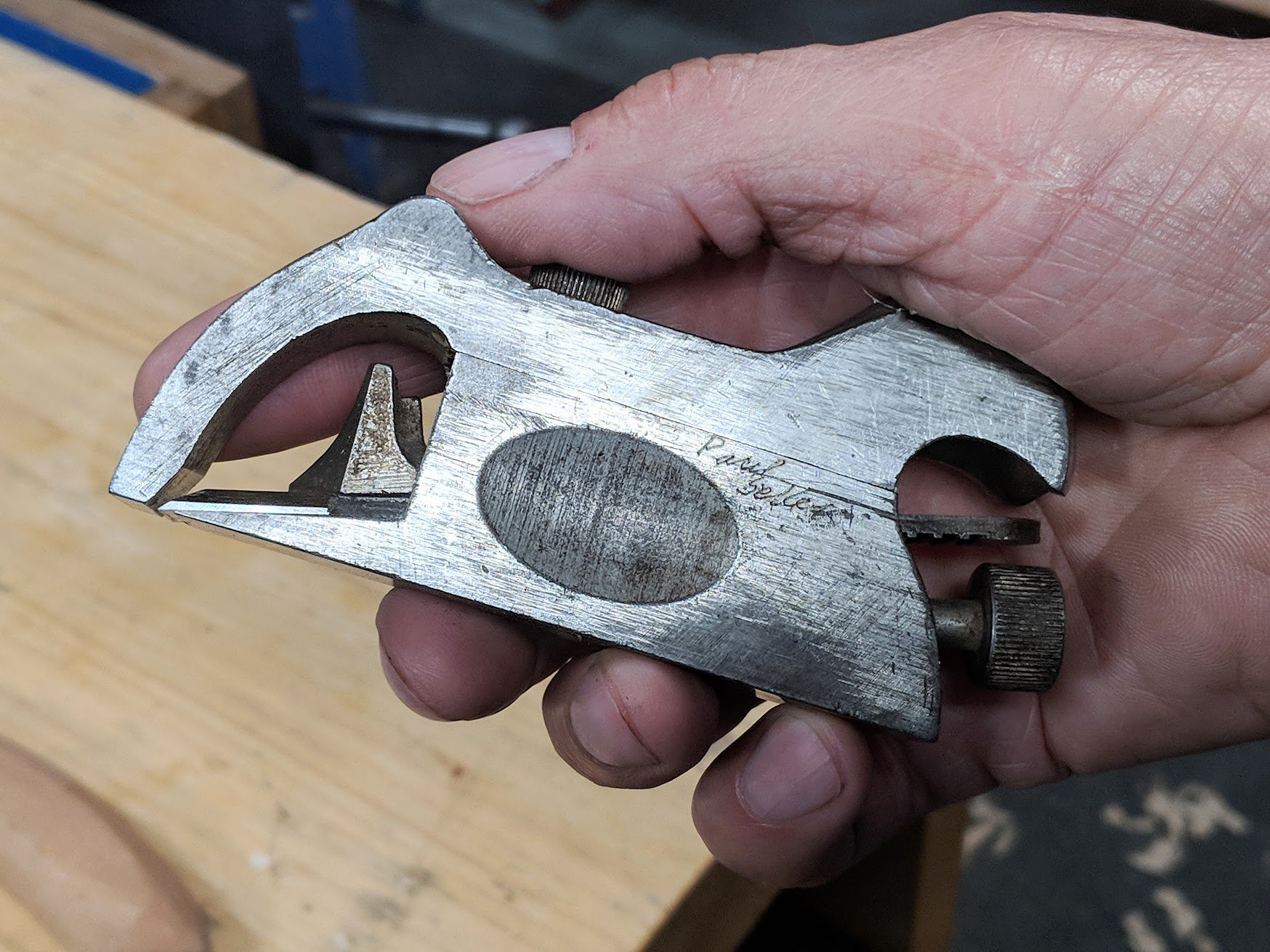 No matter which way they slice it, Clifton, Modern day Stanley, Quang

My beloved bullnose Stanley #90 after decades of working for me.

Sheng, Lie Nielsen, Juuma, WoodRiver or the authentic version Stanley-owned, the BedRock, they simply plane wood smooth. You could buy any one of them and they have each retained the same basic and essential elements designed way back over a century ago. I would find that bemusing were it not for the fact that the design was indeed so perfected no one could actually contribute to give us much more than some improved metal conditioning, though each in the process of making makes their own claim to the betterment of the design. Very little has in fact changed and that stands testimony to the original plane’s all encompassing design. Now I am glad that Lie Nielsen picked up the original design as it would have been sad to see it die on the vine of progress. Copied or not, and they were all indeed copies from the basic Stanley stable and nothing apart from the belt sander has come along since to replace it.

Here the old and the newer sit side by side ready for work. One has been used for decades. I still use it most days.

So here I am with my small collection of bullnose planes all lined up side by side thinking to myself they are all nice, but the very best of them is my now vintage Stanley #90. I reach for it over all the others because it so hits the right compact spot when it nestles down on the palm of my hand like a cat in a wool-lined basket. Hannah and I were talking about it this morning. She likes hers over all others too. She says is lies in her tool chest and her hand so perfectly. 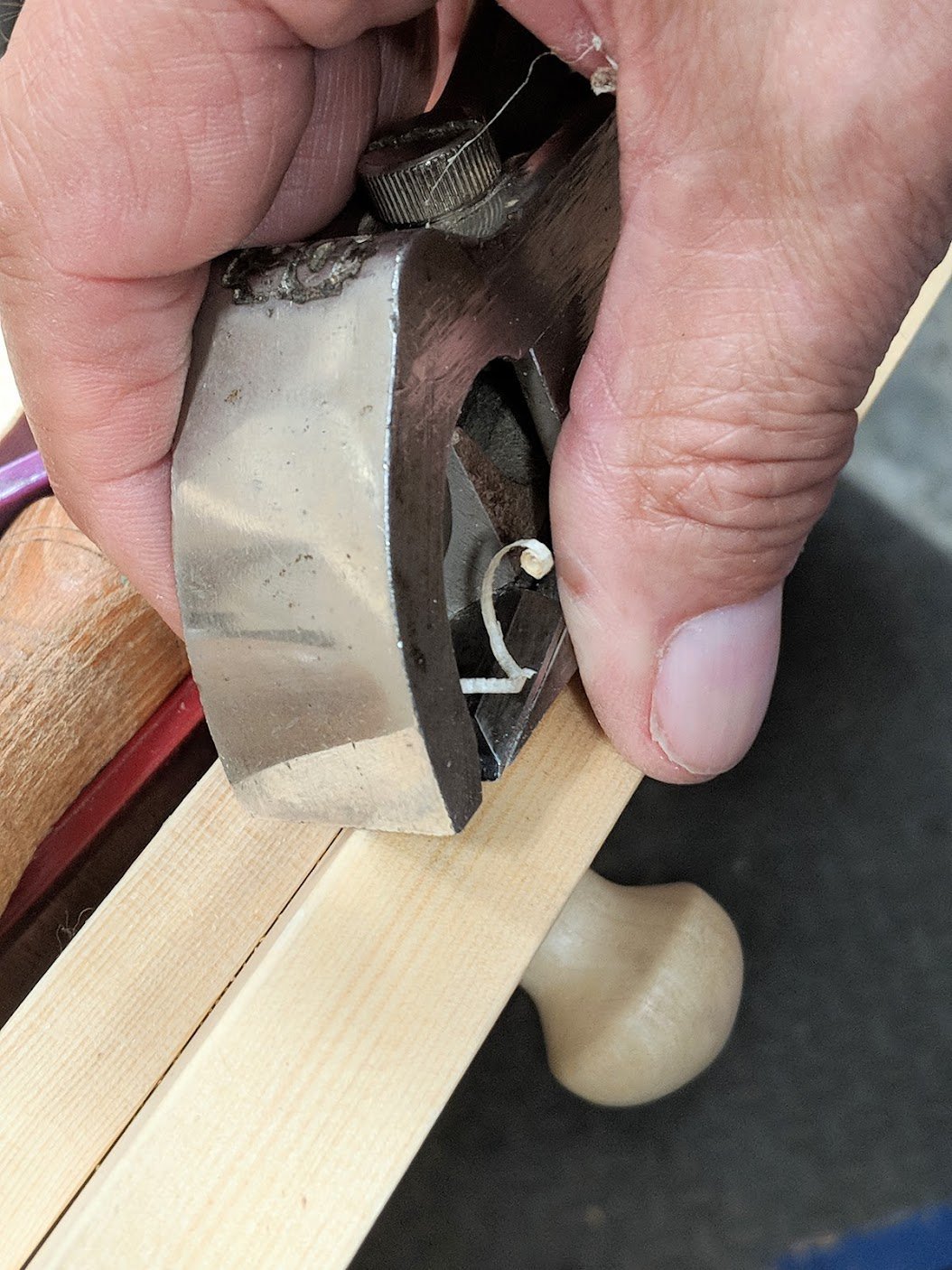 Straddle the plane like this, trace your thumb and fingers to the wood either side, and you can take off a good, clean and deep arris.

I thought a lot about this plane. In my view it’s worth way ahead of the block plane. It’s more useful I think and started to think then about when I bought it too. I remember at the time borrowing someone’s at work because I didn’t yet own one myself. They would lone me but you sensed the reluctance. I was working for o 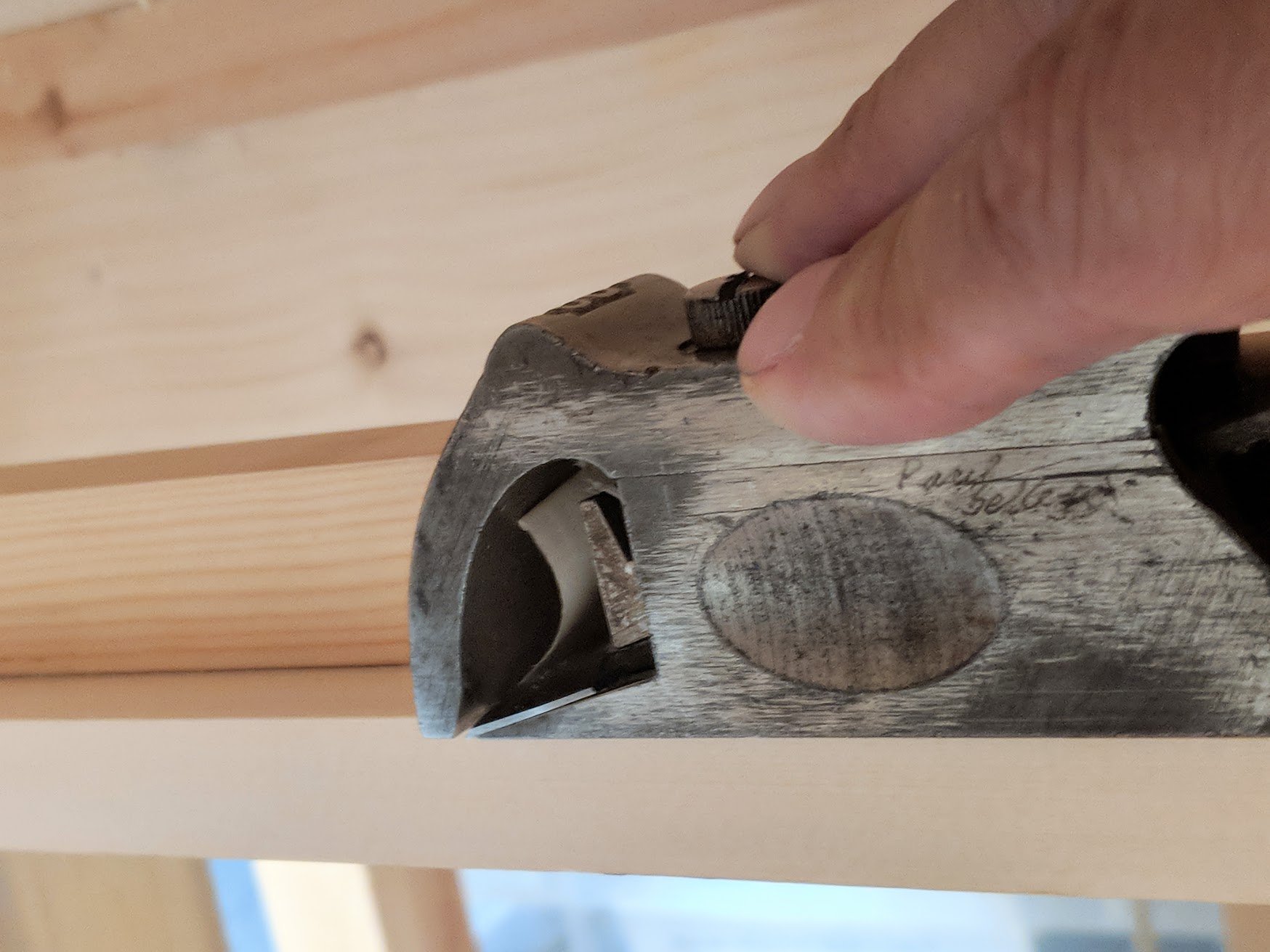 Inside the confines of a drawer recess the bullnose adjusts the runner to ease the passage.

By that I mean doing woodworking for a living and that working was what would hopefully make enough money to soon buy one so I could make my living using it. I didn’t have savings, money elsewhere to draw from, nor a well off or rich family. Any money I got was what I worked for. I was fairly poor but relatively rich. Anyway, I saved up for it from my wages and eventually Mr Cheapie came in his green mini van with one for sale and I’d been waiting for the day when my order would come in and I bought it. Such was the day for me. I like looking back now knowing that my tools were bought from a week’s wage and that my woodworking wages were my earnings from working with my hands and the tools i was then buying. It’s a nice thought then that I earned them, worked for them, used them into my then present and future to make my living from. Later I taught my children and others woodworking using them. This is added value beyond the price tag of purchase. 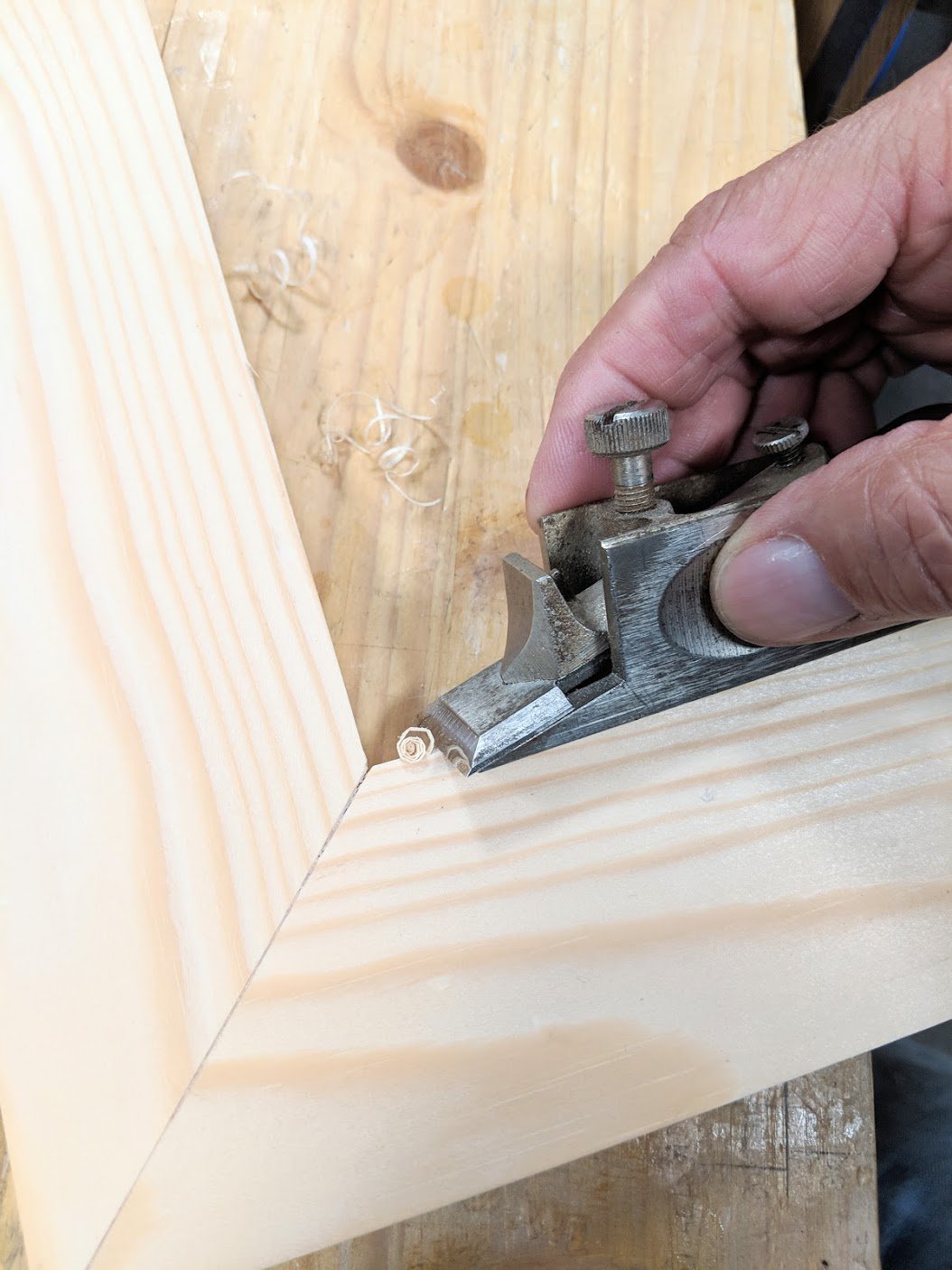 Take off the upper section enables to blade to reach all the way into corners.

Each of my boys has used my tools without really knowing how I felt for them. How could they know such a thing. It’s funny how you hear of millionaires saying they are not cursing their children by leaving their millions to them. My, my what a decision, but oh what wisdom too! I think others might not approach tool purchases in the same way i did and that’s because times have changed. Had there been no alternative they would have likely done the same I am sure. We do what we must, don’t we? It’s always a sacrifice for most of us somewhere along the way. To take possession of our craft I mean. Buy tools we can ill afford and such, put the hours in to learn. Research, that kind of thing. 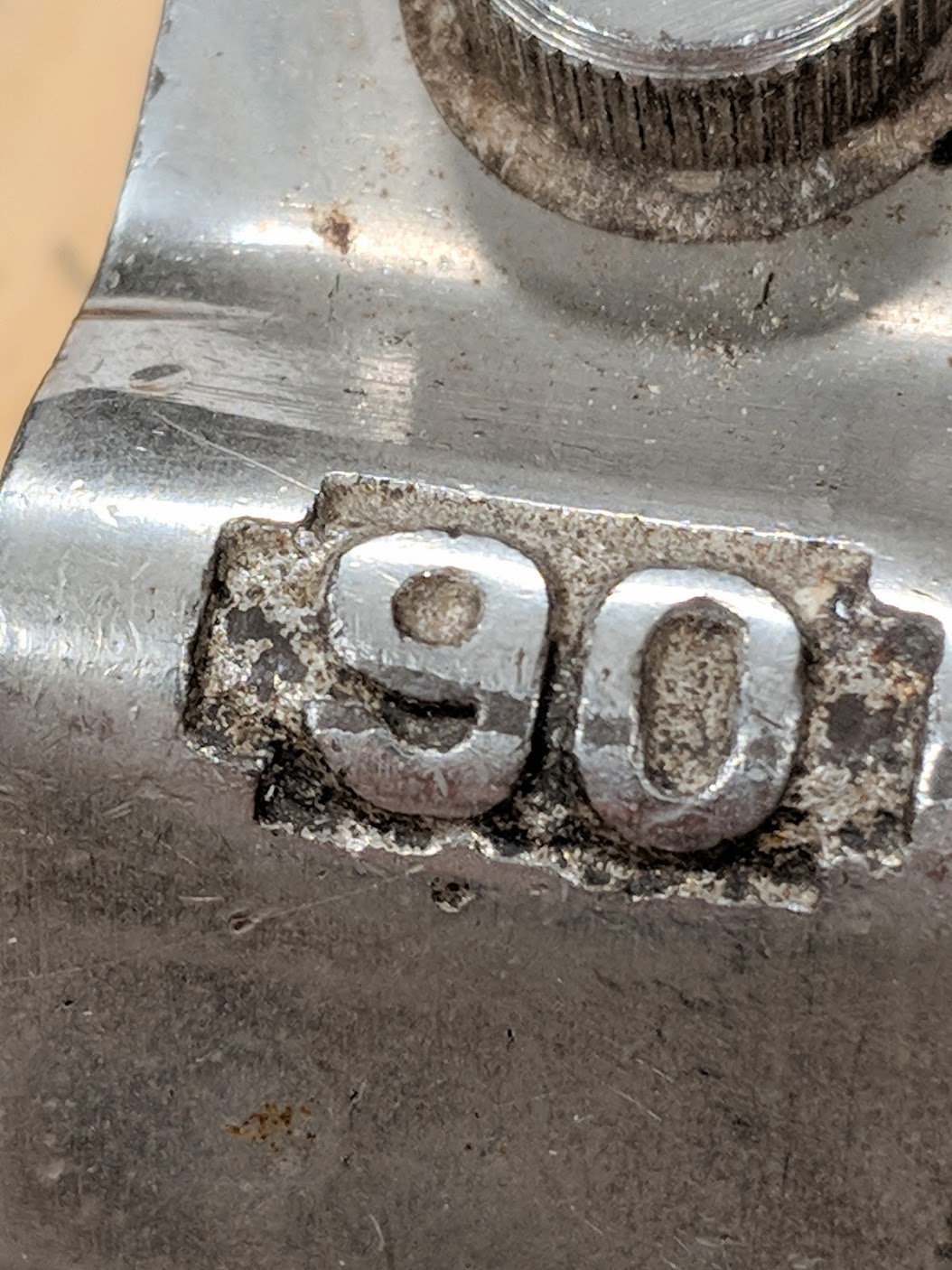 Buy one as an when you can. no hurry, you will never regret it.

← Nothing FancyDestressing Your Bandsaw Ways →