I was 15. My plane arrived with Mr Cheapie, boxed in a Stanley orangey-yellow box with a dark 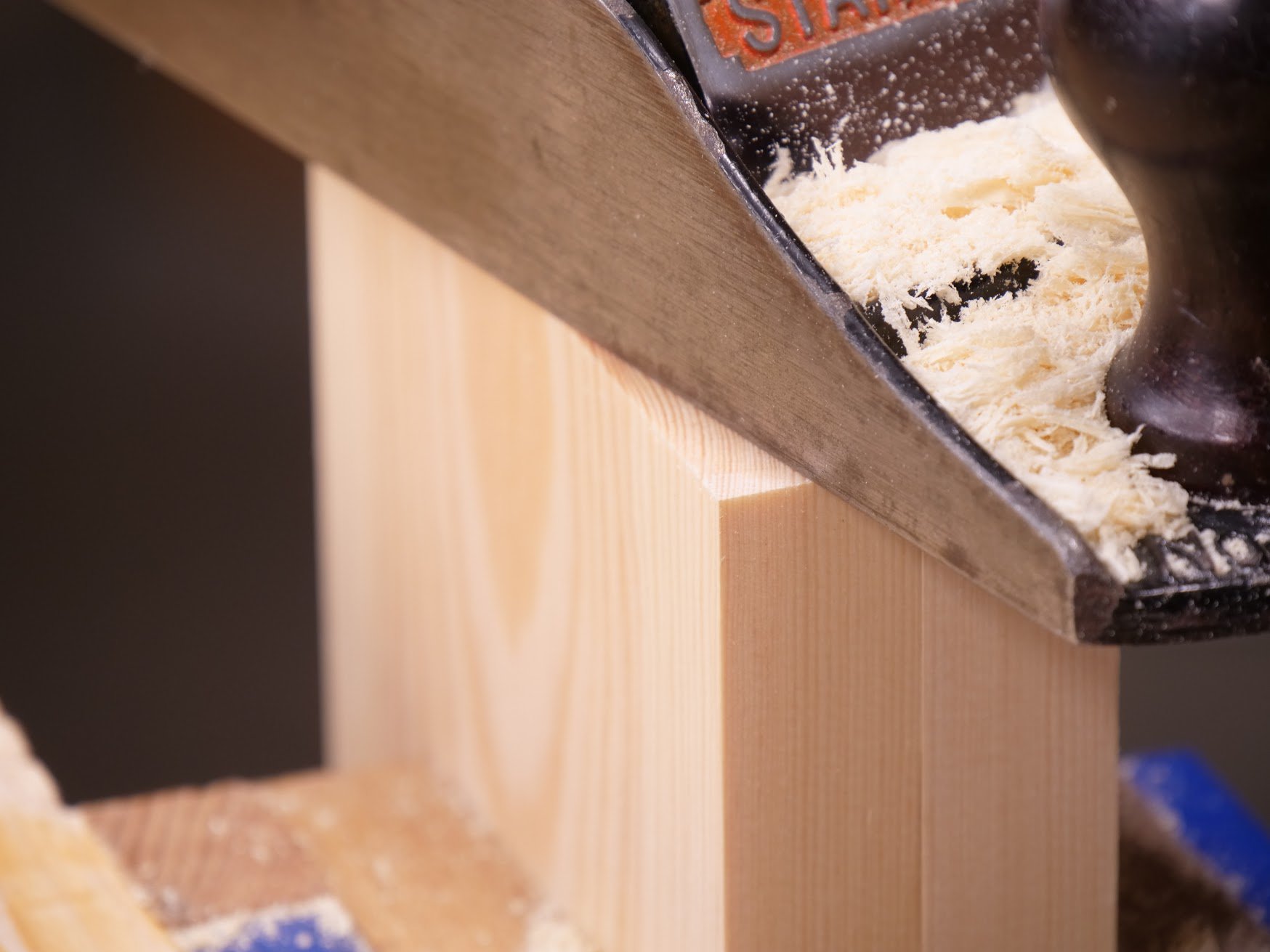 green and white lable. At the bench Cheapie watched me unwrap the wax ed aper from the plane and checked I was happy with it. I paid him my week’s wage, £3.50 for that and a screwdriver and he left. I didn’t know what I was feeling. It was a sort of manly thing I was unused to. I felt excited of course, but somehow that had much more substance to it. It wasn’t toyful. I was on the cusp of transition to more a manly thing unknown to me. Manhood for me was the shift into an adult world where the tools I would buy and use were meant to last me through my lifetime as a working man. It was a pivotal point I suddenly fell into, enduringly rich, unexpected. I look back on such minutes knowing that the expectation of that moment and many others had proven the value of durability. My craft has sustained my life and the lives of my family. Those early days were preparing me to develop into a workman, a craftsman. Nothing fancy, not a presenter on YouTube with hollowness but a robust furniture maker with a background, a backbone and a collection of working hand tools that served me through half a century. 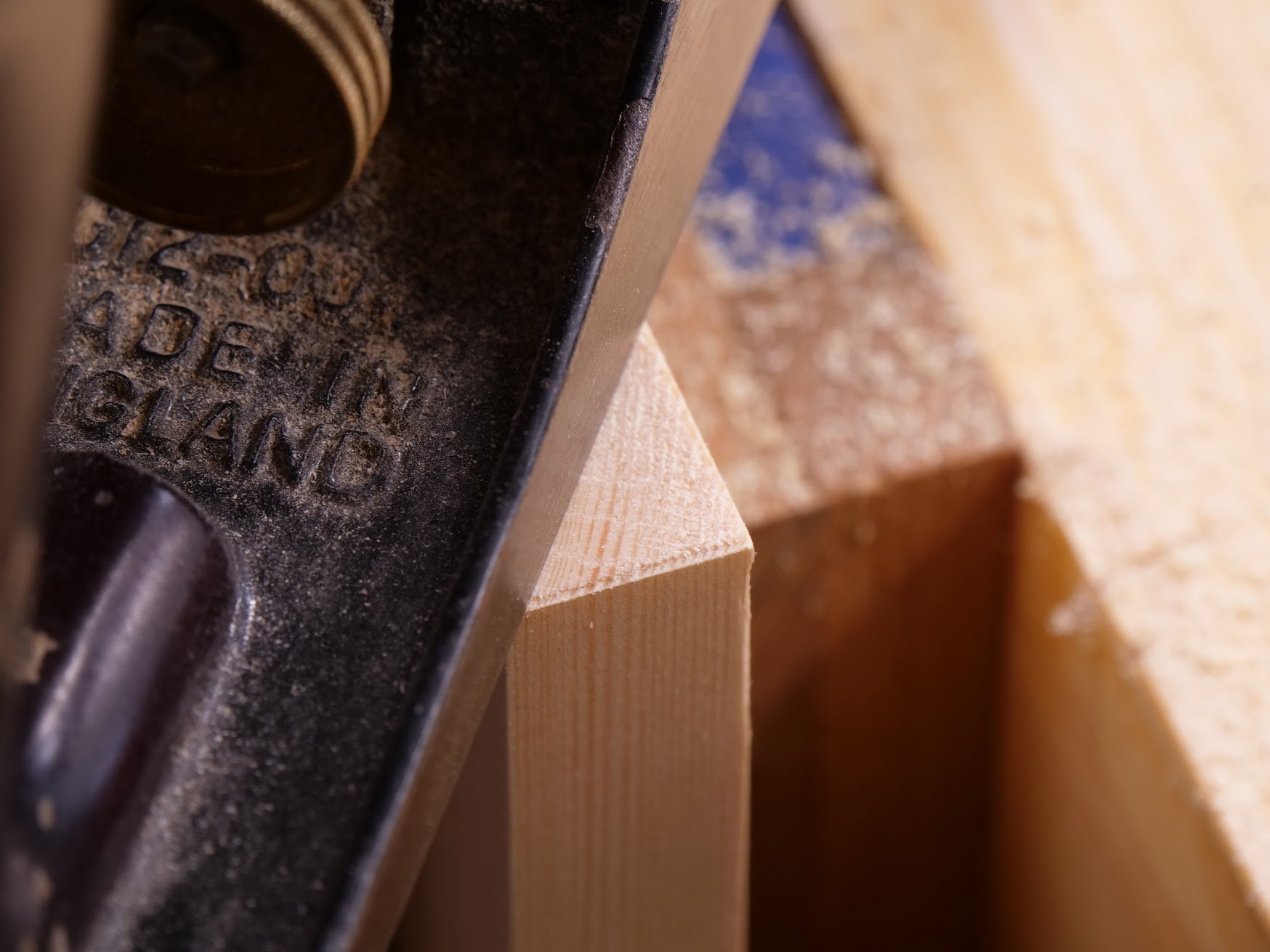 George was my mentor though we would never use such a word. His gangly frame and cheery smile took me in. I worked with him. He was kind, skilled, intelligent. he cared about me, befriended me and trained me. He protected me, shielded me, encouraged me. From the other side of the workbench he reached his long arms to my new plane and said come here. We dismantled the plane piece by piece. He named the parts for me. The names stayed with me, in my mind. I guarded them, repeated them, registered them. The names stayed there, locked away. I hadn’t planned such a thing, I just did it. George took the iron and bevelled the corners. He showed me how to sharpen it and stropped it on his leathery hand. Up, down, up, down. He showed me the burr, peeled it away between his finger and thumb. We talked about the burr, how two flat faces came together in union to create clean, continuous cutting edge. He made me do the same, over his. He showed me how the yoke pivoted, locked into the rectangle of cap iron sent the blade down and retracted it back. What a marvellous thing a man invented. He spun the depth adjustment wheel that tipped the yoke. I saw the yoke engage and alter the depth. I understood. From there he explained the purpose of a cam, explained ratios, pivot points, the physics of applied leverage. Power, kinetics. We dwelt on these things. Fully loaded, sharp, adjusted to the right depth, I placed my plane to the pine, pushed and a rippling shaving lifted from the wood in a ribbon. The scent lifted too. My plane, my basic, basic Stanley #4, still works perfectly. Is it just inanimate if it speaks such things to an old man?