Ducking my way through the latch gate I knew nothing of what was on the other side, nothing. Crossing the high step was my first step into work life and a radically different lifestyle than anything I had ever known  or seen. It was a world of men and manliness. A world of former military men who had all known war and service. `some of it carried through to their work life. Collars and ties, black shiny boots. Yes sir, no sir.

The massive sliding door kept out the icy blasts and the latch gate gave ready access to the workshop without losing heat. Even so, it seemed colder inside than out and the steamy breath of ten men greeted me as the low sunlight filtered through the silhouetted frames of men’s legs, arms, heads and workbenches. I stomped the slush from my snow-sodden boots and looked up as  someone said loudly, “Whoah! Look what the wind blew in!” The men leaned bemusedly on the benches as I broke into their chatting back and forth and they waited for the 8 o’clock start. I sensed my awkwardness flash like a beacon on my red face. I couldn’t soak everything in. I’d never been here before and I had never been so fully immersed into an adult world of work. Most of the shop was submersed in an archaic gloominess. Dusty cobwebs high in the rafters, wafted around by the warming air amidst dull and dark unlit lightbulbs. I was caught up in something revolutionary. I knew change was about to happen today. I was no longer a 15 year old boy but a 15 year old man. 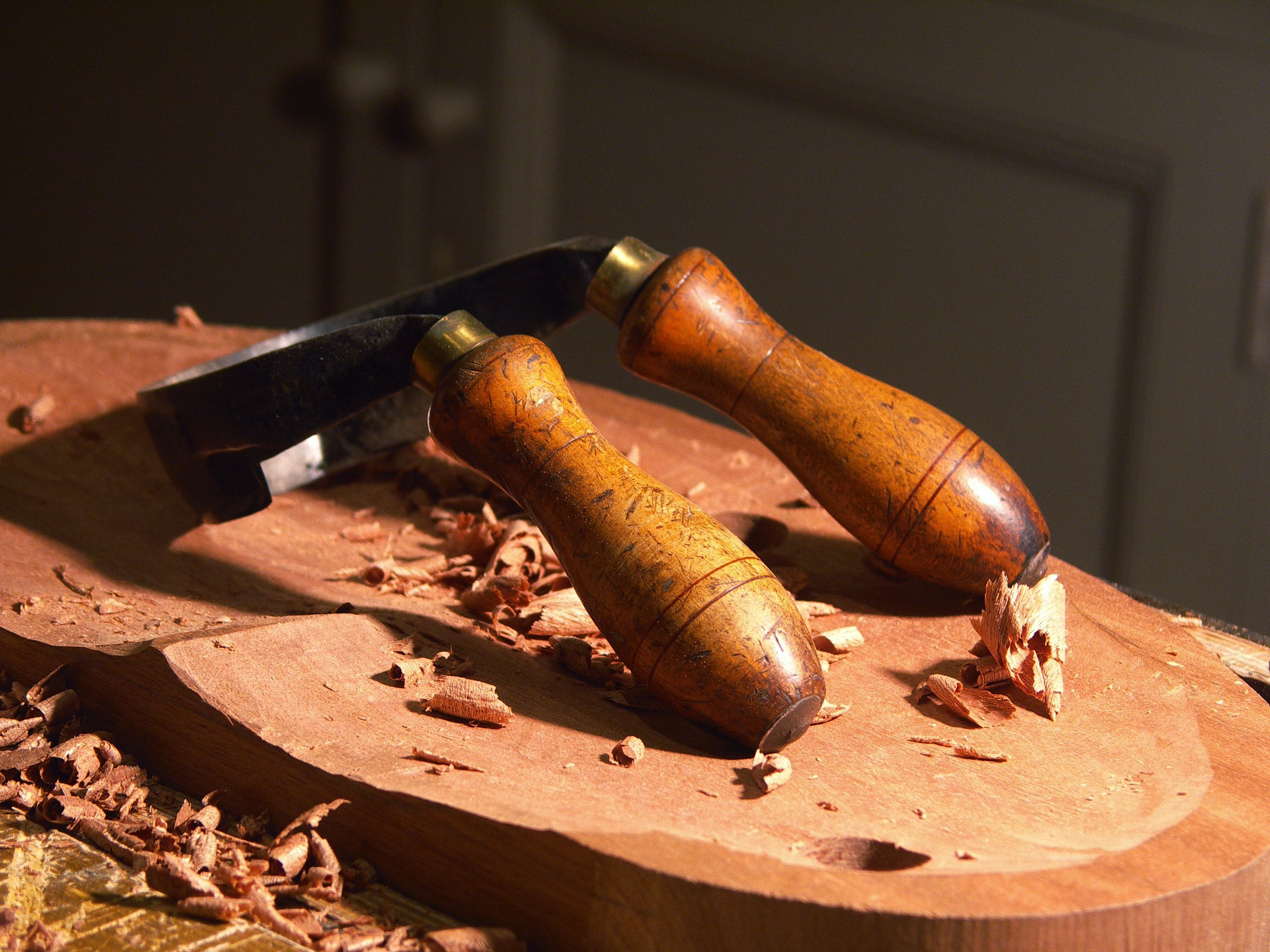 There were no real pleasantries transitioning from boy to man. Not to start off with. It was when I’d stood awkwardly on the periphery for what seemed like an age that one man shifted his gangly body from a leaning slouch to full height. “I’m George.” he said as he stepped forward to welcome me. I stood silently, not knowing what I was supposed to do. Social graces were not part of my upbringing. He reached his hand forward and I remembered seeing my dad once shake another man’s hand so I did the same. “Whats, your name?” George asked. 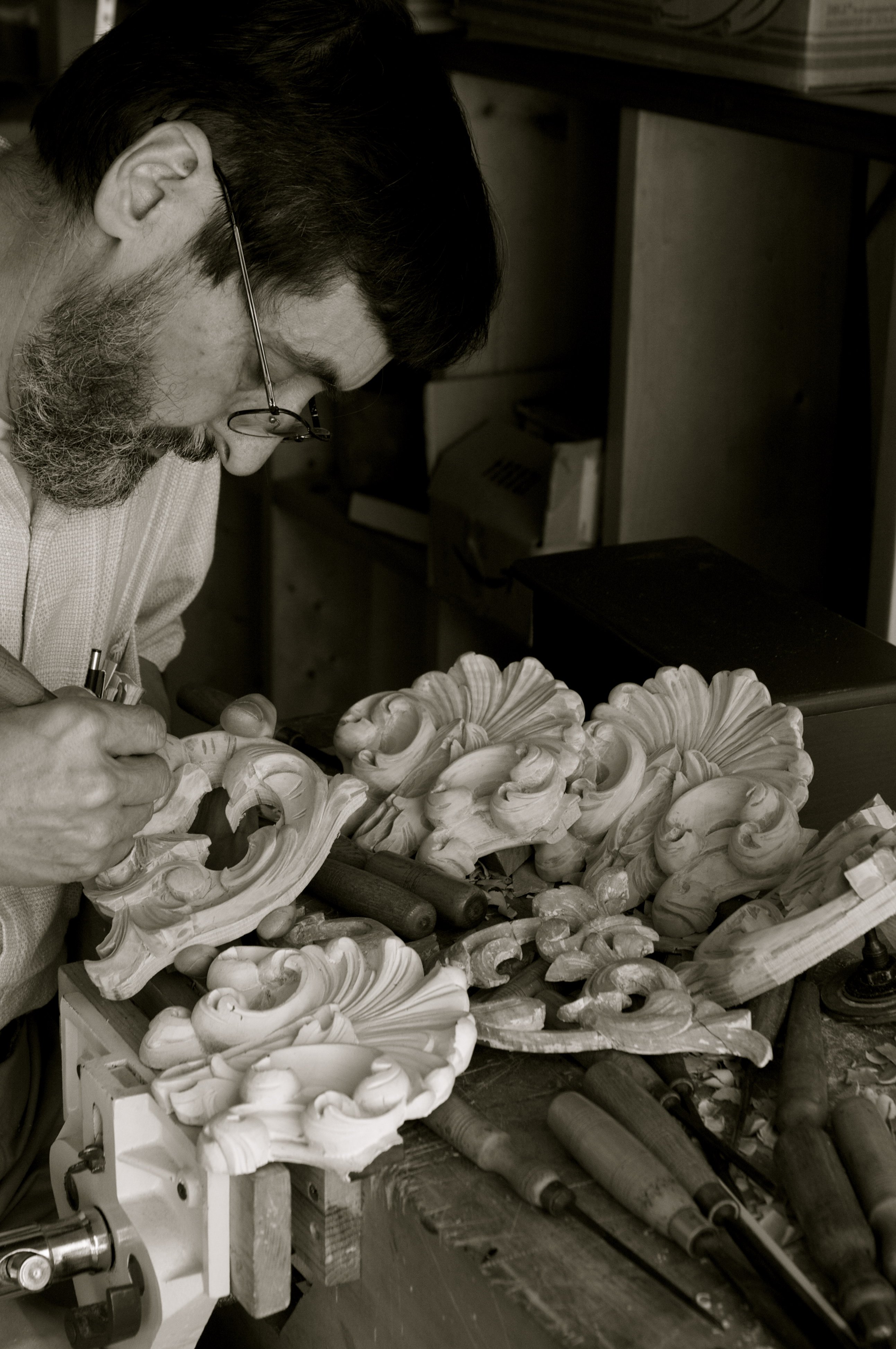 George nudged my shoulder and took me to the wall clock with its brass lever and a pencil hanging from a thin string and tied to the clock. “Pull the lever and sign your name in the box.” he said. More awkwardness. I’d never signed my name that I could recall before. I liked George above all the rest of the men. He was the youngest. He had integrity. Little did I know then that he would become a key figure in my training and I would come to appreciate him and his input into my life for the decades to come. That first gesture opened the door to a decade of friendship. He became my mentoring support, guiding me through the complexities of woodworking, but also the complex issues of a growing teenager searching for answers. George had a kind face. His blue eyes and cleft chin matched his wide and ever grinning smile. I never saw him frustrated or angry. I learned this from him. George was clean shaven, always. There was no image to him, unlike today’s young men cloned from the same male actor, George was his own man. I like the individualism of the era I was in. It was an age where rock stars like the Beatles were emerging in my world. George knew exactly what I needed to grow into and he knew exactly the steps for me to take. I was well tucked under his wing from that day on.

My adventure began a more wholesome adventure when this day began. I could no more look into the future than anyone else could, but I felt the whole of creation making adjustments to receive me, as if it eagerly anticipated that I would become a carpenter and work with wood for the remaining days of my life all those years ago. 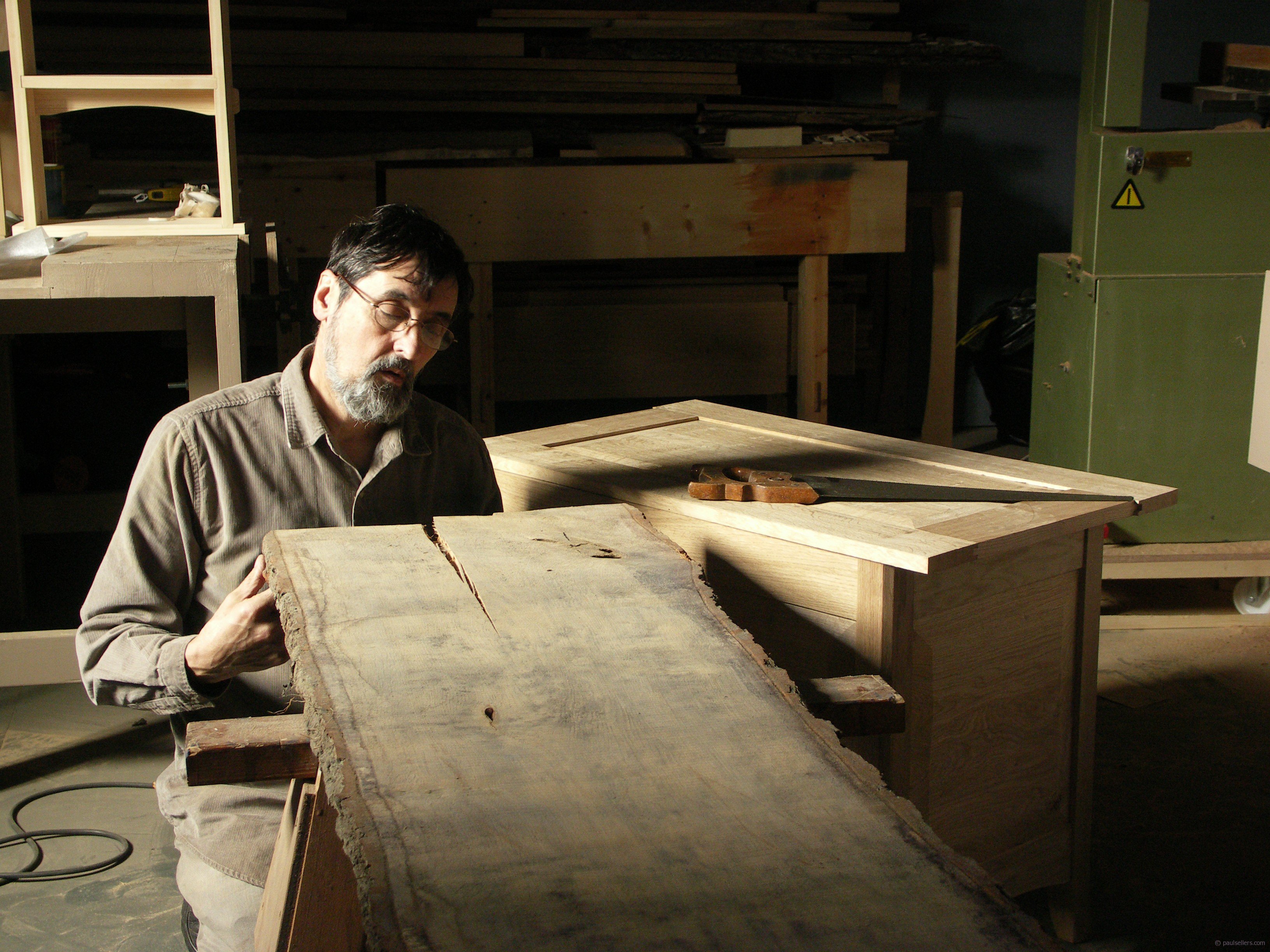 To say George took over from that day on would perhaps be true and not true. Just as my father taught me to work diligently and honestly, George taught me the basics of workmanship and becoming a working craftsman. His abilities in many realms became mine, even his ambitions in some measure. Whereas he left woodworking to become a woodworking teacher in schools, I went on to teach woodworking by starting my own schools, writing my own curriculum and then writing books too. I took the steps unavailable to George and started online teaching. I feel he would be proud if my work were he still alive. Who knows how many of the tens of thousands following me today will indeed stand on my shoulders as I did George’s.