George kept his plane upright on the bench, mine near his, his a Woden #4 1/2, mine a Stanley #4. One day he said, “Sharpen my plane!”  I was filled with fear and doubt to the point of freezing any and all movement including brain on the spot. I didn’t think about whether I could or could not get it right. It was more that I knew that if I did not get it right it could set at least my confidence back quite considerably—perhaps months—from what I had gained ground under my feet in so far. George was the one that gave me that increased confidence. His encouragement and at times push made me move forward. He replaced the sapping by my teachers scowls and punishments in my formative years in school where I left school with hang-ups and the fears and doubts I spoke of above. I couldn’t see the point in my being there and most of my days in formal lessons were spent staring out beyond the walls and windows searching the skies for sky larks and the under-meadow for voles. From my school ‘cell‘ I scanned the upper reaches above me for kestrels on the telephone lines or hovering over the grave yard beneath. This was my natural teacher. 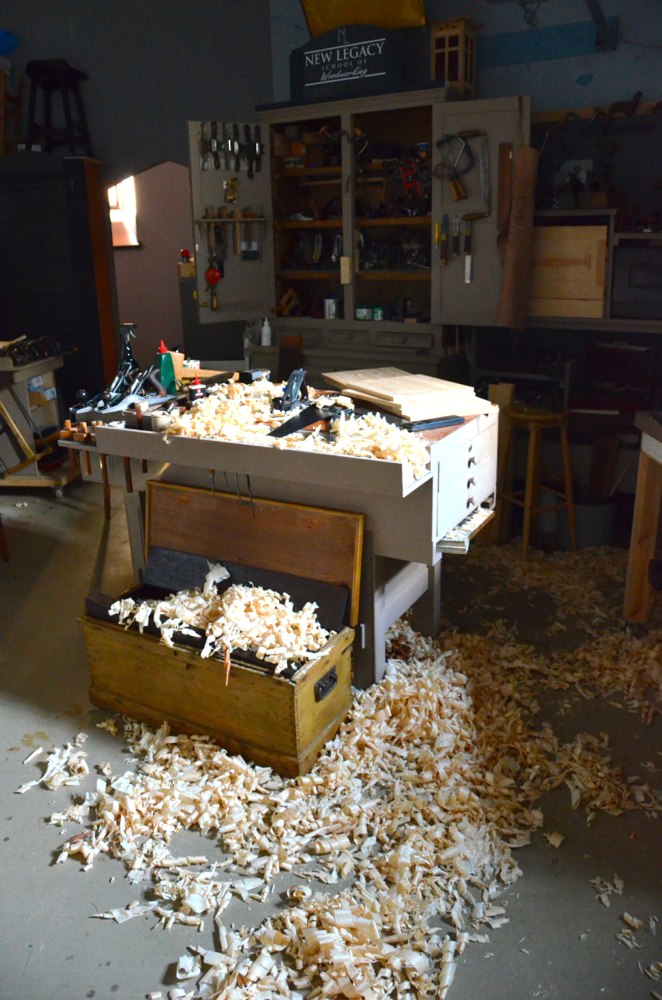 My sketchbook of the real instead of the abstract in classes sat at desks with the unpredictability of teachers and headmasters. Here there was no industry and no nuclear family, no classroom and no harsh teacher with sarcasm and patronisation to mock. My escape kept me sane through a decade until finally I could progress in new spheres I never knew existed. I found new hope in my working with my hands, in lifting a plane from the bench and in sawing a tenon. I didn’t know then that such things could sustain for over half a decade. It was here in the early beginnings that George suddenly urged me on with a responsibility I did not expect. Now, as a crafting artisan, I know what it took for him to entrust his favourite plane to me. He expected something from me. He’d been giving for several weeks, twelve months actually. It was for me to do something by way of return now, beyond brewing tea and sweeping and cleaning the bench. I felt the pressure and reached for his plane. 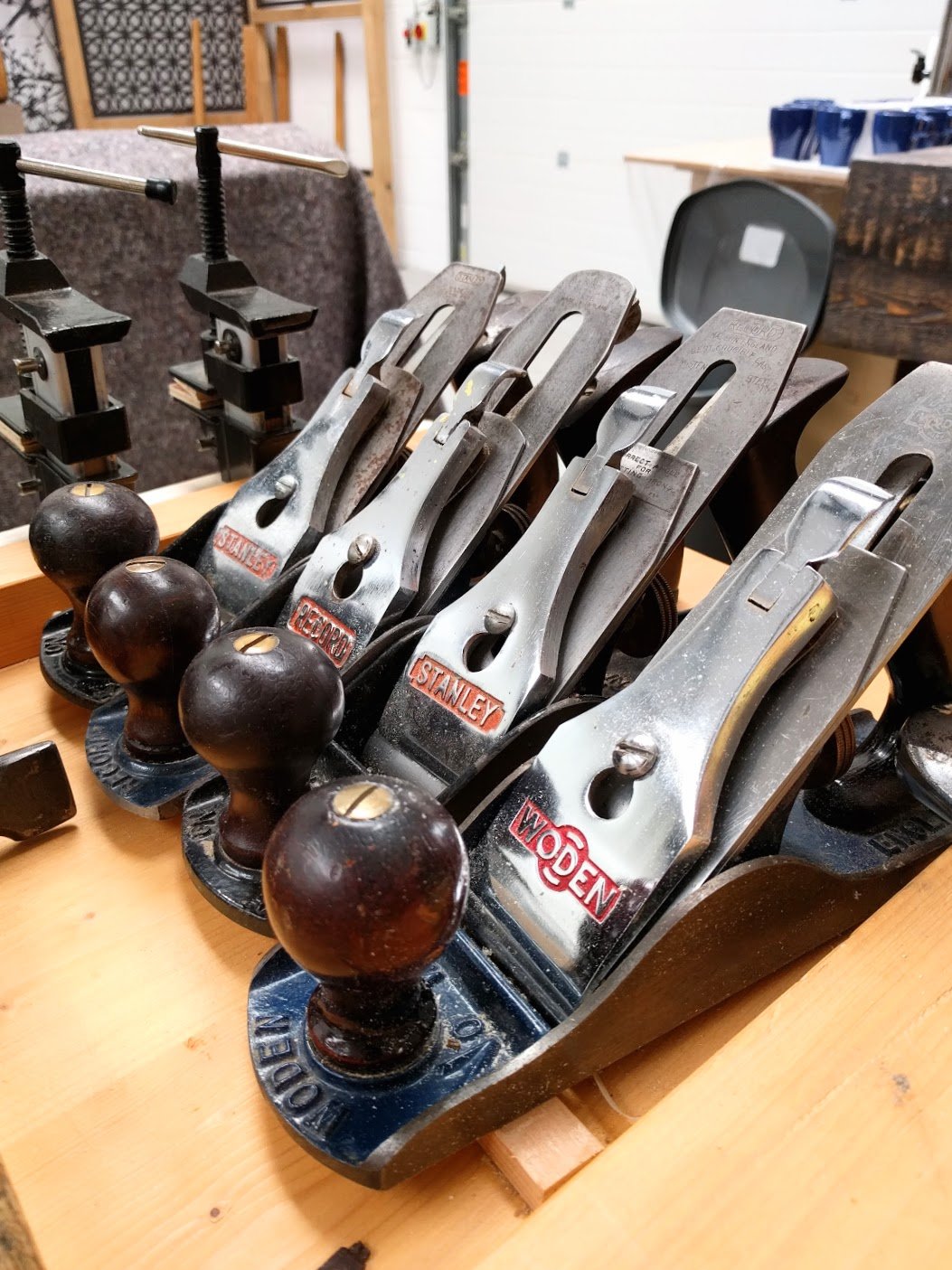 Though I had been sharpening my tools for a year at this point, sharpening another man’s plane was a big step and one I did not feel ready for. George’s plane was much heavier than mine being a Woden and a #4 1/2. I lifted it gingerly from the well knowing his eyes were on me and following my every move even though he was working on something. I pulled out his oilstone and began abrading the bevel. The stone was hollowed considerably where mine was still fairly flat. Back and forth my hands and arms went. I kept going, feeling for the burr now and then, until I finally had the burr across the entire width. I lifted for the bevelled corners and pulled the cutting edge across the corner of the bench to break the burr. I stropped it on my hand as George had taught me and felt for the edge with my thumb to make sure it was sharp. Reassembling the cutting iron and coupling it with the cap iron I aligned the two together. I wasn’t used to the extra width and I felt clumsy. It was made worse by the attention George was showing. As I dropped the assembly into the plane my confidence increased. 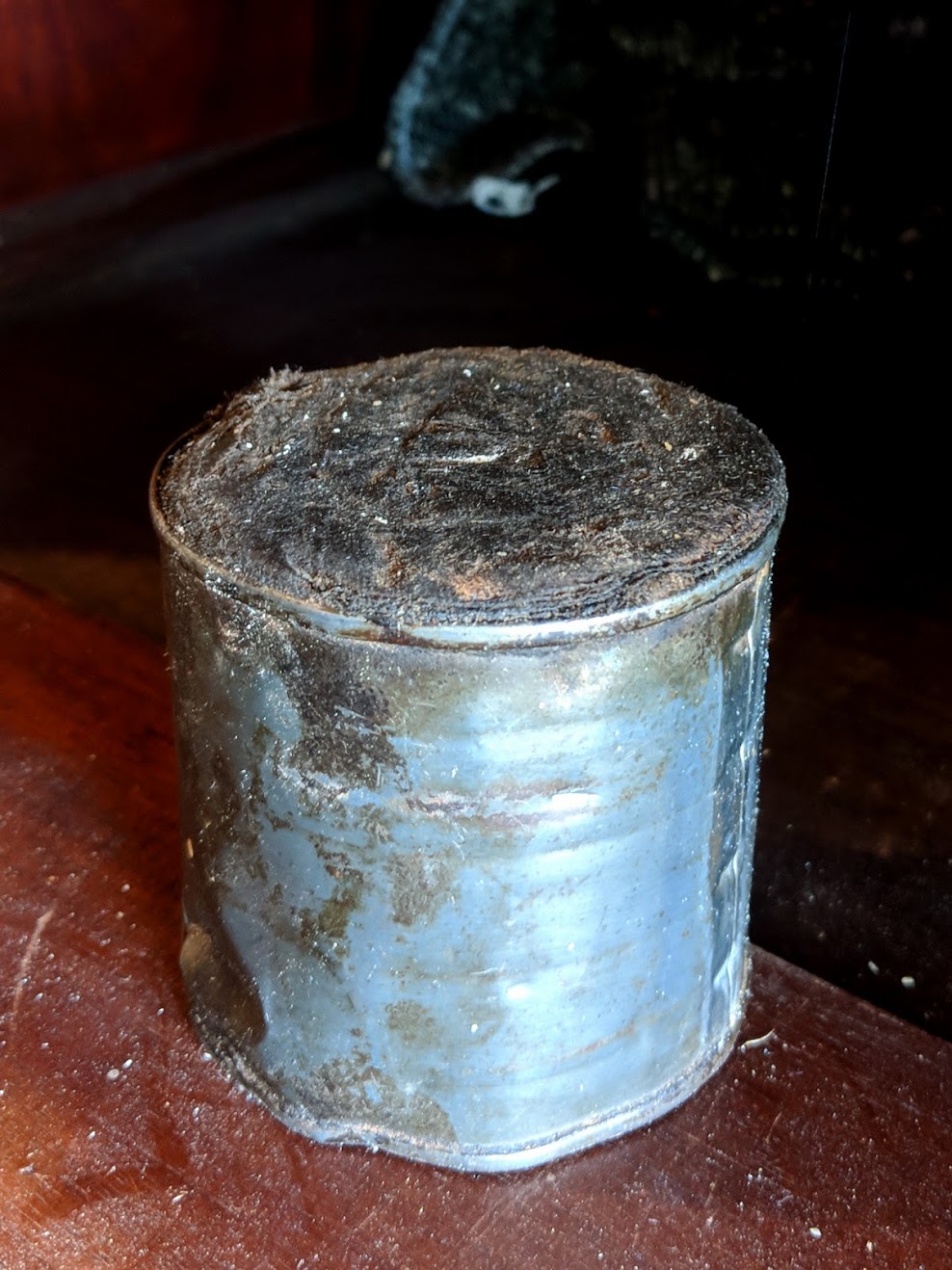 Cinching down the lever cap, sighting along the sole, tweaking the lever to align the edge with sole I couldn’t stop myself from smiling. Now for the big test. George placed the plane on a keruing sill but first he placed the sole of the plane on his oil-in-a-can oiler. Keruing is miserably full of stick sap that sticks the plane to the wood. It’s also high in silica which dulls the plane edge in a heartbeat. From then on George regularly told me to “sharpen up.” This was the very beginning of trust.

← George Turns the TablesThis Week’s Vlog is Out →