There are obvious tools I am grateful for that, for the main part, need no mention. A  hammer to drive nails, a chisel hammer and mallet, tools for which there is no substitute, but then there are those well worth honourable mention because I did not include them in my last book Essential Woodworking Hand Tools—perhaps a second book is due! 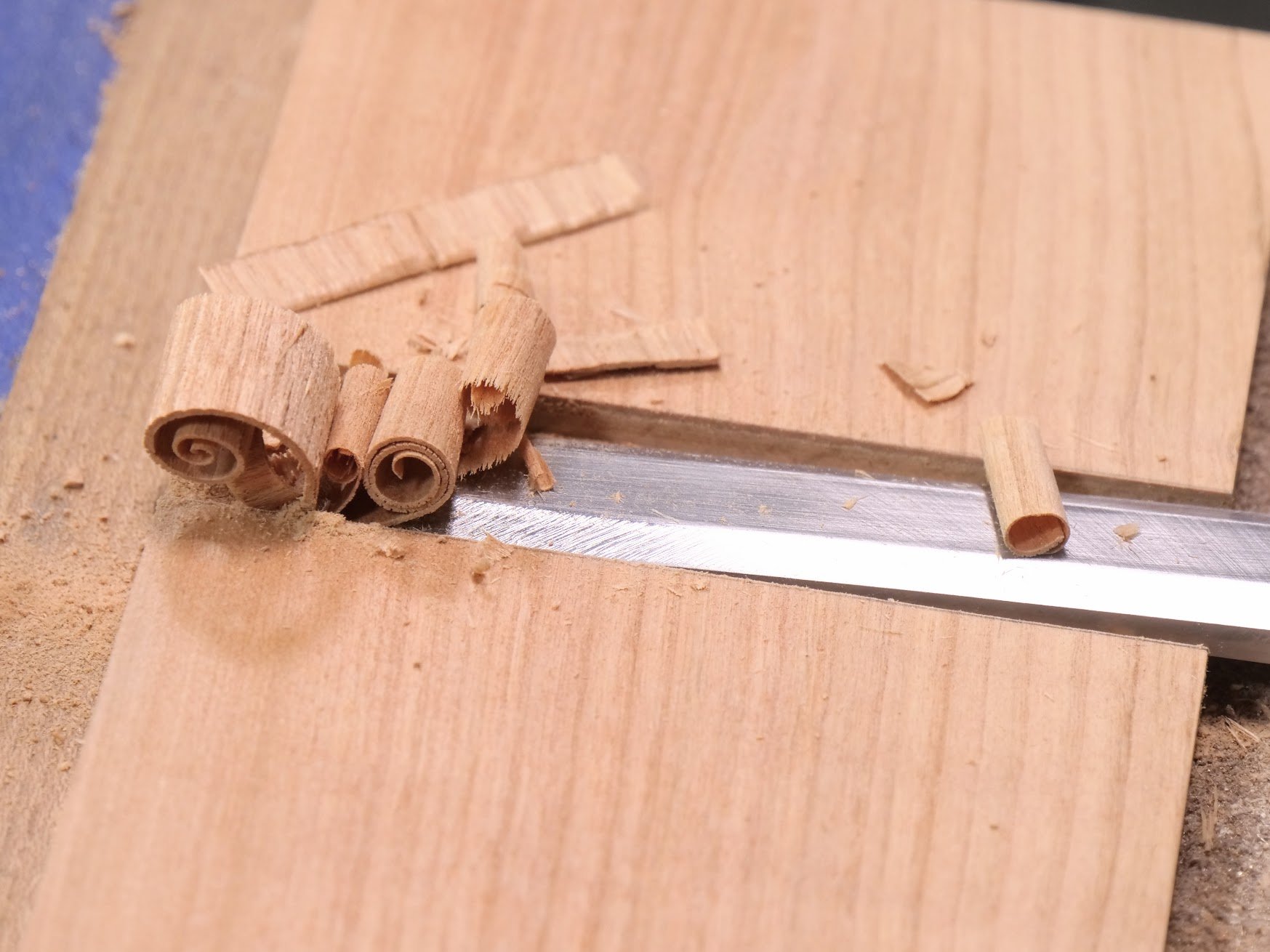 In my revolutionising the way people perceive the hand router plane there has been such an awakening that what a decade ago sold for pennies, today cost five, ten and twenty times more than they were sold for new in the 1960s, 70s and 80s. There are multiple thousands of new woodworkers using the router plane to refine their tenoned joints as a direct result of my blogging and filming them in my work. I doubt that ever in the history of the tool has it seen such a resurgence. Whereas most users once saw the hand router as used only for routing out dadoes, today they are enjoying perfect tenon cheeks made without any machines and totally paraplanar to the outside faces of their rails because they are now adapting the original intent of the plane to different tasks. Watch me here to see what we have taught. 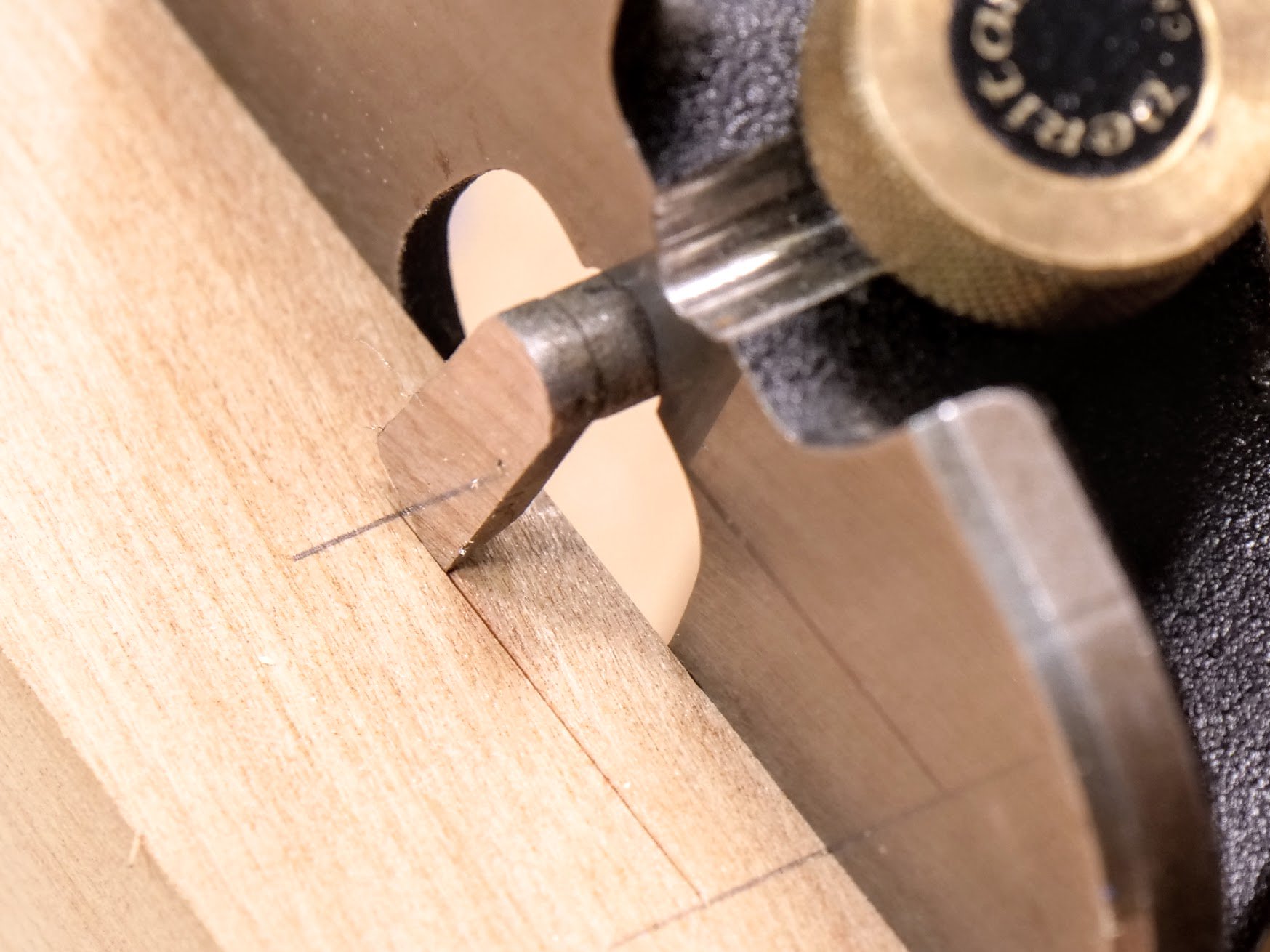 And, with not just talking about dado joints, our revolution redefining hand tools for woodworkers means the end results result in exemplary levels of craftsmanship. Tenons fit mortises far better as a result of what we pulled together video wise. Modern tool makers like Lie Nielsen and Veritas benefitted too in that they seem quite unable tot keep their hand routers in stock with their distributors. You are likely to pay as much or even more for a secondhand eBay find than either of these prestigious makers. Of course the hand router was given pride of place in my book. How could it not? It is after all an amazing tool for tenon refinement and so many other elements of woodworking such as recessing, inlaying, hardware setting to say nothing of woodworking joinery.

So, honourable mention of the week

Lee Valley Veritas gave us the missing link in plane category of tools when they gave us back the shoulder plane. Stanley and Record abandoned making them decades ago but I left them out mostly because my knifewall methods for shoulder cuts meant that the shoulders came straight from the knife dead straight and square. 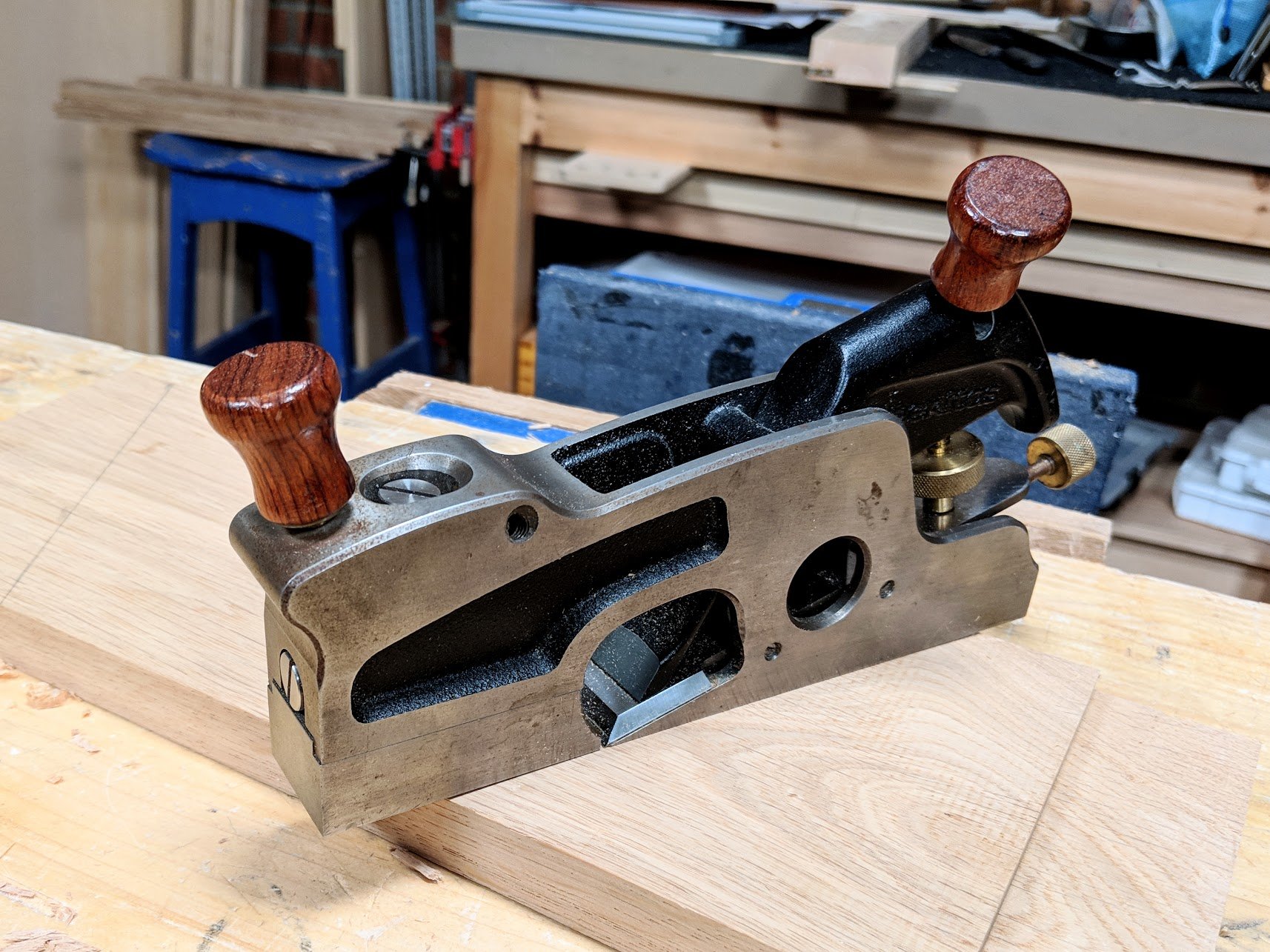 In the early decades of the 20th century and of course the previous centuries before, shoulder planes held their own and primarily because extruded aluminium and plastics were yet to be developed or even invented. That means that the massive entryway doors of old used in commercial buildings were totally made of wood. Many rails ranged from 5″ wide on up to 18″ as common sizes. Hand cut, the tenon shoulders needed added refinement and the shoulder plane held its own. Come the tenoner and the machine age, shoulders came directly from the rotary cut and needed no more refining. Decade by decade the tools sales for this plane dropped off and soon they were completely redundant. Redundant that is until the amateur came on the scene. The early models were made from bronze and brass castings with cast iron soles and the none ferrous metals pinioned to the sole with peened over dowels of like metals. Some were made with there sides dovetailed to the soles and then filled between with exotic hardwoods. These infillings were ebony or rosewood, and the whole tool became one of those works of art the Victorian era is known for. 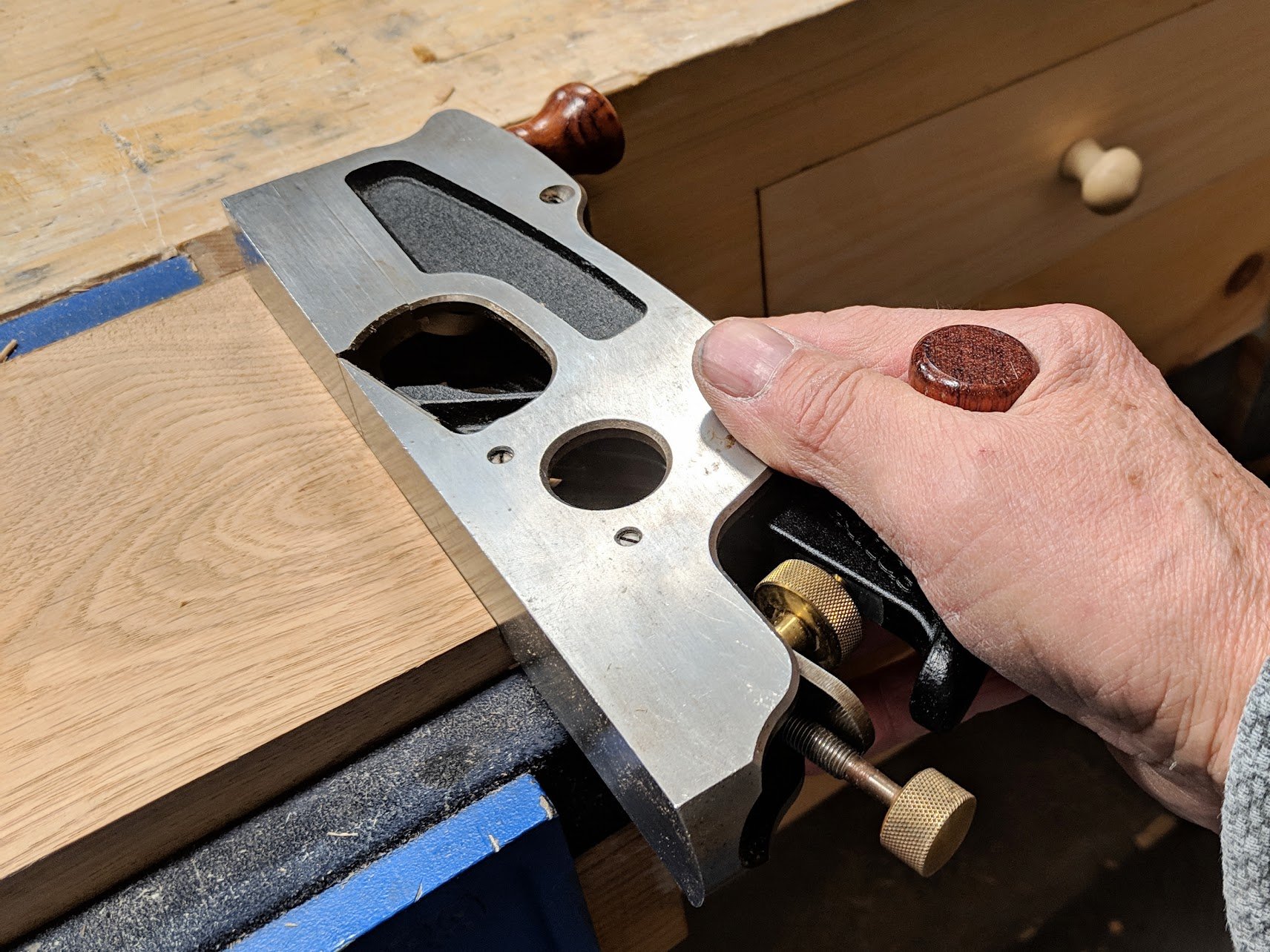 I like to use my Veritas shoulder plane for a single pass through on the shoulder occasionally. It works exceptionally for that added crispness. But what I really love about the plane is it’s use on the cheeks of tenons. You can take off a thou’ to fit a tenon in a single stroke the full width of the plane and then a half width if the tenon is longer than an inch. It’s weight gives it the extra tightrope-walker balance and then its front sole length enables you to liner everything up as you enter into and pass through the cut. It’s not a low cost plane and that makes it more a luxury than other planes. For someone like me often cutting many M&T joints in a day it is more the essential than the non.

Features to this plane are well thought through. It is the ideal for shoulder lines that meet breadboard ends. If your shoulders are slightly sloped out or indeed you planned that so you could trim to a perfect 90 rather than undercutting, the plane was perfected to this end. If a shoulder is slightly out of square you can indeed manipulate the plane to get exactly what you want. As I said, for paring down tenon cheeks it is perfected poetry in motion.

Would I recommend this plane. I would. You can obviously get by without it, but it will make many tasks easier and more exact. It would make a good Christmas gift for someone too.

Remember too, when I do talk about tools like this one, I do not receive sponsorship money/revenue and neither do I take free tools from companies. Not even for reviewing.

← What I Enjoy In AmateurismPurpose of a Stopped Housing Dado? →