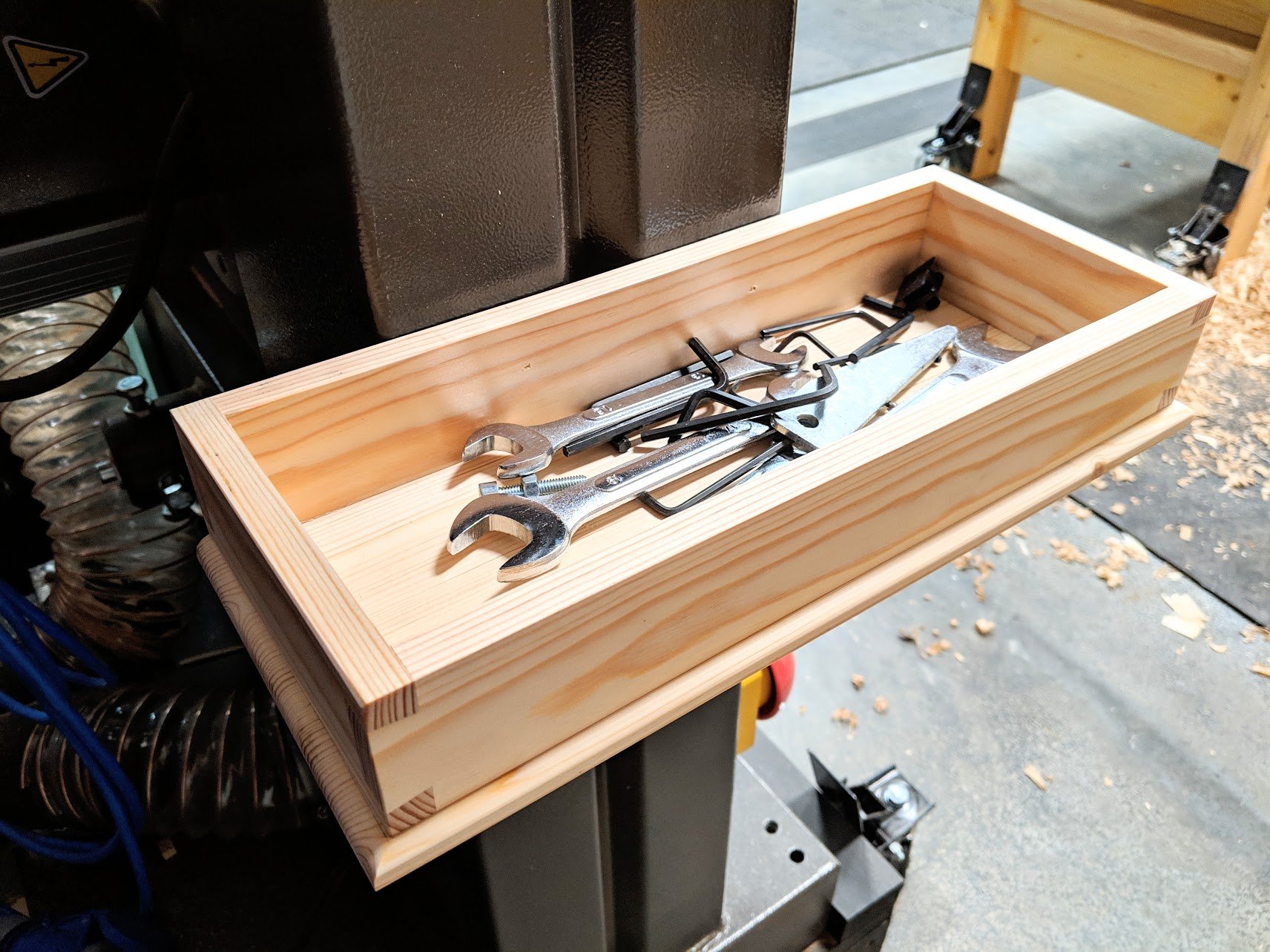 So what makes them bandsaw boxes? Nothing! Other than they magnetise perfectly with the bandsaw and accessibly useful tools. Of course they will work for other tools too. I made a couple of bandsawn box trays using the bandsaw and then one identical to those using only hand tools. They take nothing to make by machine: by that I mean hardly any skill, but great skill to get them right by hand methods using hand tools and no machines at all. These two side by side look identical but the one on the right, unfinished with regards to coating, is totally made by hand. 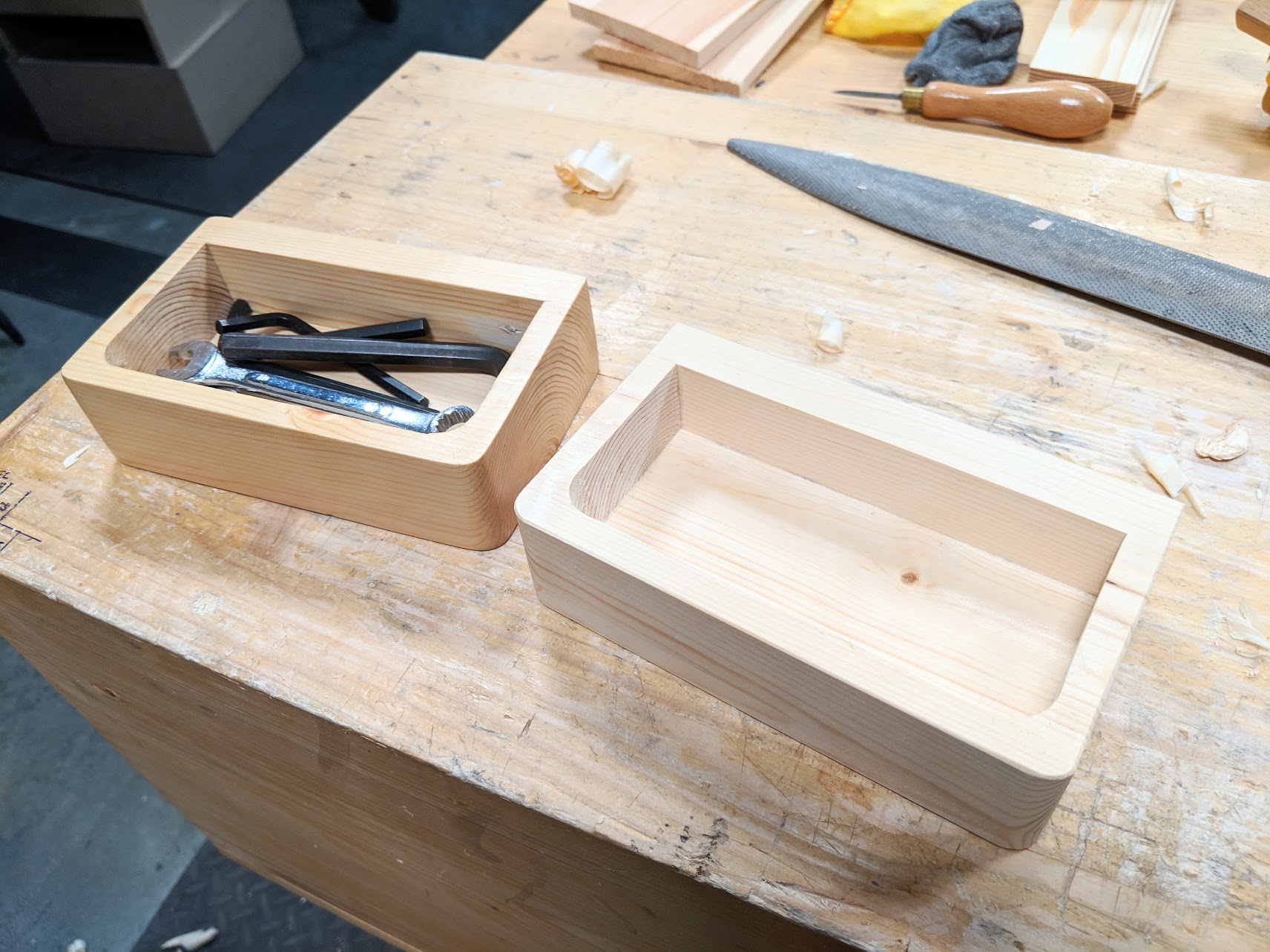 I then n realised that the dovetailed cornered versions really don’t take much if any longer if you are indeed skilled. If you want to learn how to make a dovetailed tray like the one below then you can follow a lesson on our Common Woodworking website where we teach intro level woodworking for beginners and those new to the traditions of hand tool woodworking. Here is the link. Subscribe. It’s free and if you have friends at all interested in getting started then have them join in too. 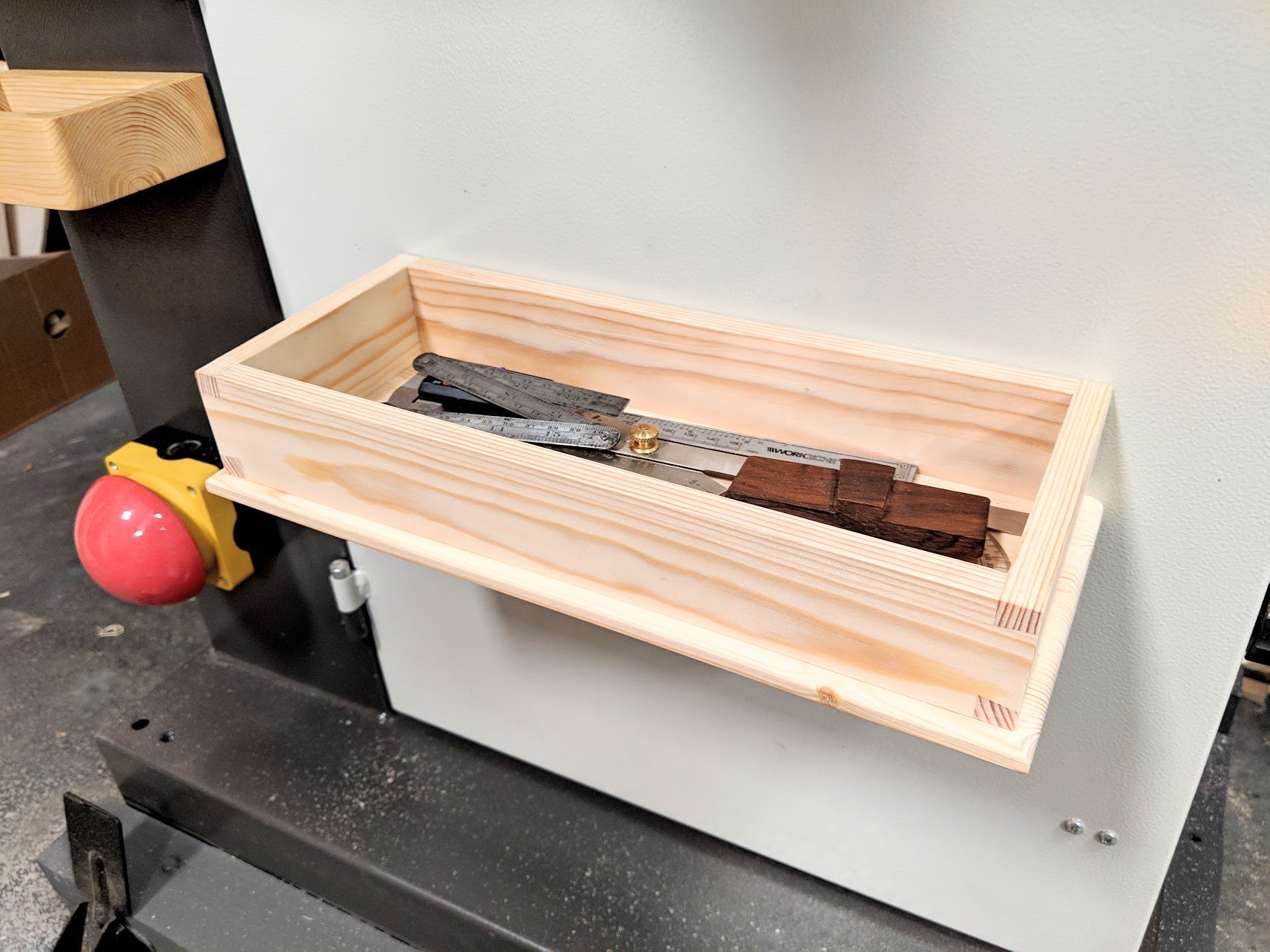 ← My Garage Workshop’s a FitMis-fit →