Putting my tools away for a few days, sweeping up shavings, my last project suspended between the making of it and its departing to its new home, these things rewarded me in the making and doubly when I closed them out to stare at them. Watching them as if they might fly as sleighs or something. The year’s ends always carry with with them a sort of sadness because we can’t return to any one of them to fix the things we said wrongly, did wrongly. 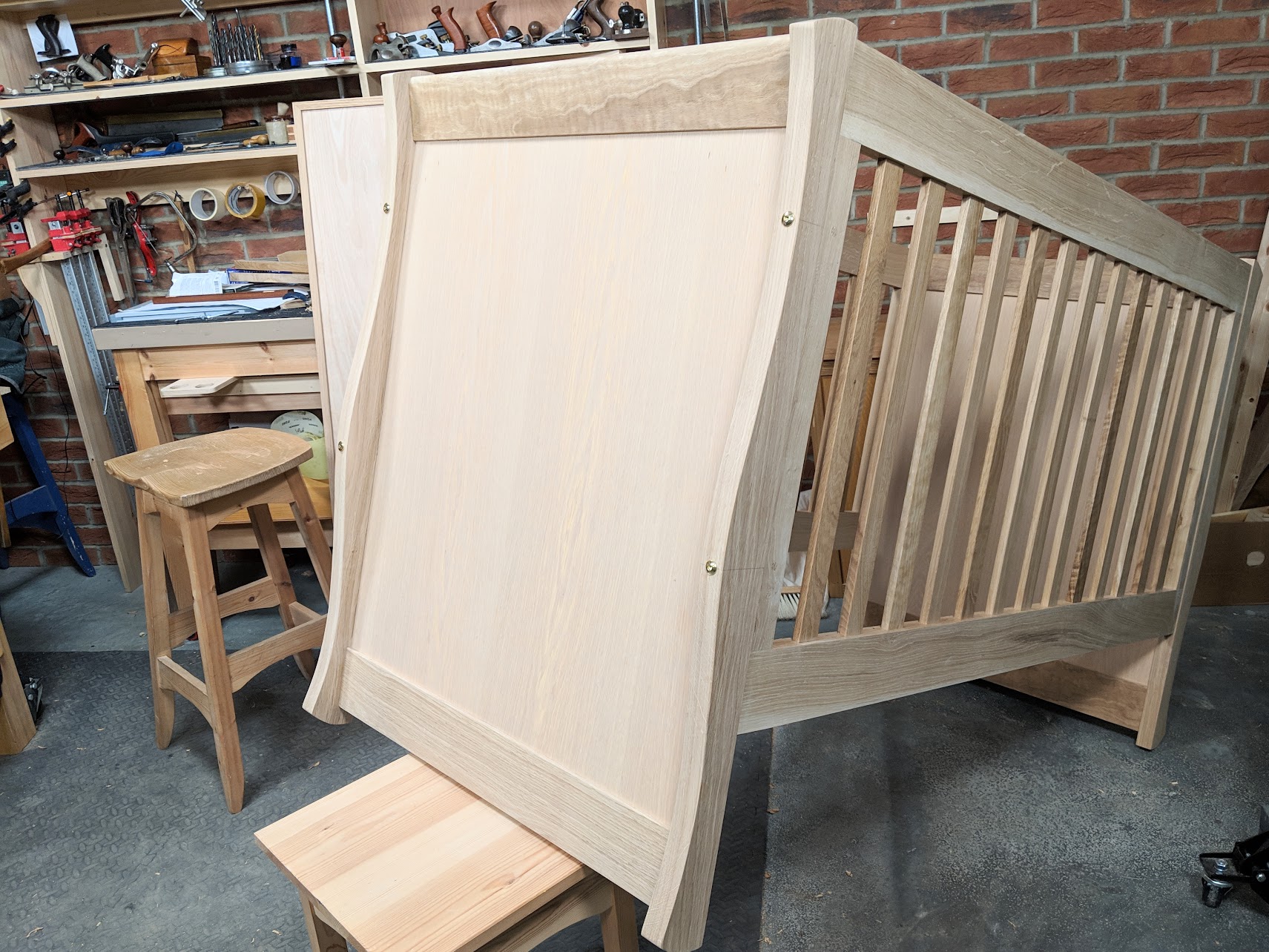 There is always an opportunity to copy and paste the good we did but the delete buttons are not there for the erasing of things past that we might regret doing or saying. Let’s hope we learned a thing or too not to repeat. This is the real world of day to day making and indeed its own making too. As the end of the year I am filled with inner smiles over all the people i have made friends with as I walk around town saying ‘good morning,!’ ‘Hello there!’ such like that. Whereas I have been glad of my bike and used it more than ever for my nature rides to get me to places just too far to walk in the time I have, I am glad of all face to face encounters. Yesterday I watched a crested grebe dive and surface, dive and surface four times and on the fifth flip a fish down its gullet with an end of end toss head first. Often the things we do just seem to disappear without resurfacing somehow. Ripples on the surface when underneath the chase moves swiftly on in the unseen.

It’s the end of year, a point in time when most of us break our routine days to rest. We contemplate past months and a future year ready to unfurl. This past year we planned many things that came to pass in pieces made and ideas fulfilled. Some things came late and others on time or even early. We set deadlines but seldom made them yet every video schedule came on dead on time to the minute despite setbacks that meant extra effort from time to time. Our work isn’t just making the piece though. Planning is a great part of what we do to make everything happen and this, though I have always drawn, written out plans and prepared my projects, has meant the greatest shift for me. Because planning projects is so much a part of my life you might think I would be used to it and transferring these skills to the work I do now would be a mere extension to it, but that’s not really the case. To do what we do means understanding workloads and ways of working that have not been part of my life before and over the years i have had to adopt other points of view and of course ways of working.

Ellie has been instrumental in redirecting our videography and the results have brought about something I feel just gets all the lovelier. When she first came to guide our filming and editing we didn’t know much about her but she was one amongst more than 70 other applicants. We picked just the right one. She’s a natural in so many ways and she leads well in her role heading up videography with us. It’s nice to have confidence in the people that are instrumental in extending your work to an audience around the globe. I actually did not think that teaching via video would be good. I’m now convinced otherwise. I’m not saying it’s as good as one on one on a class, but it’s a close second and especially so if those behind the cameras are passionate about ‘getting the shot‘. 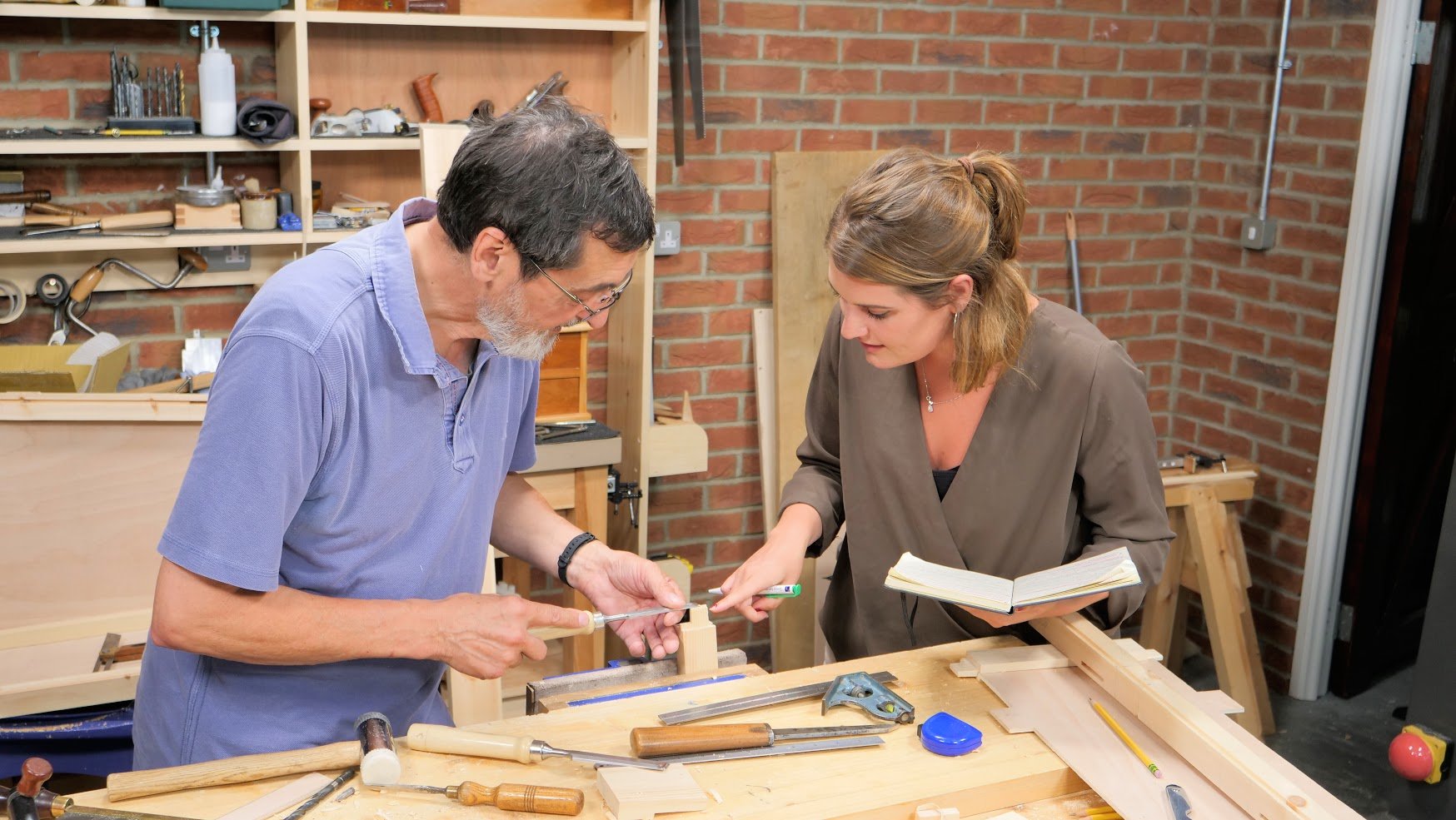 Izzy too has pulled her weight in getting our Common Woodworking off the ground. As an unknown too she took to the work as an amateur with zero woodworking experience and embraced it to make the work her own. She now works with me, Joseph and Ellie to develop the curriculum we need for getting people started in woodworking at the basic level and then encouraging them along the path to ever greater competency. To do this she performs all of the exercises, builds the pieces and develops the courses with me. It’s time consuming but she has great patience and of course she has not known the common terms other woodworkers might take for granted. Her questioning helps her to present the real problems new woodworkers might encounter and this is especially so in the great age of misinformation where too much wrong information is generally presented as fact. Between us we are demolishing the myths and mysteries to make woodworking all the more inclusive for all. 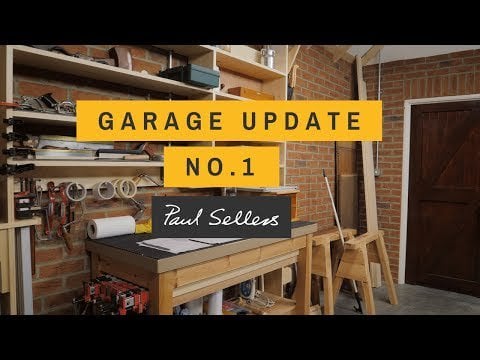 As we closed out the making of the cot I closed my year by a trip North to the northwest of England to have a little pocket of special time with my daughter and her family. The earlier blog was about that. It made me feel my age when we sat round the dining table with one of the grandchildren the same age I was when my daughter came into the world. Here I am, about to hit 69, thinking everything I have gone through has been so well worth it. Had it not been for the support of Joseph and his ideas and encouragement I have to tell you that this blog, youtube, facebook, instagram and woodworking masterclasses and common woodworking would not exist. Here and there adds up to millions of views a month that would not be happening and woodworkers around the world would not be enhancing their lives through the efforts we bring together. All in al I have to say I am very thankful.

I’m free now to plan the next events. So much to look forward to and plan for. You can’t help but open up your mind to the possibilities. This is an especially exciting time because I am projecting myself into the impossible as is everyone mentioned above. We have taken on a new member of staff to help with filming and once again this one had some stiff competition with over 90 applicants chasing the job. This has been a critical decision to engage the future work we are planning to get started on. The past year has prepared me for this in that the garage space is working and totally operative for me. I cannot imagine a more perfect workspace for my efforts because it replicates what most people have told us they have access to at home—a garage or a garage sized space near enough. Over the coming months you will be with us on a unique journey we have been planning for a few short years. The pieces of the puzzle, the perimeter, straightedged pieces to any jigsaw puzzle, are the garage walls. Inside, the pieces of the workbench, the bandsaw, wood racks for storage and so on, are now settled on and are in their space. We will be looking into design and building this year. It’s very exciting for me to think that we have reached this stage. 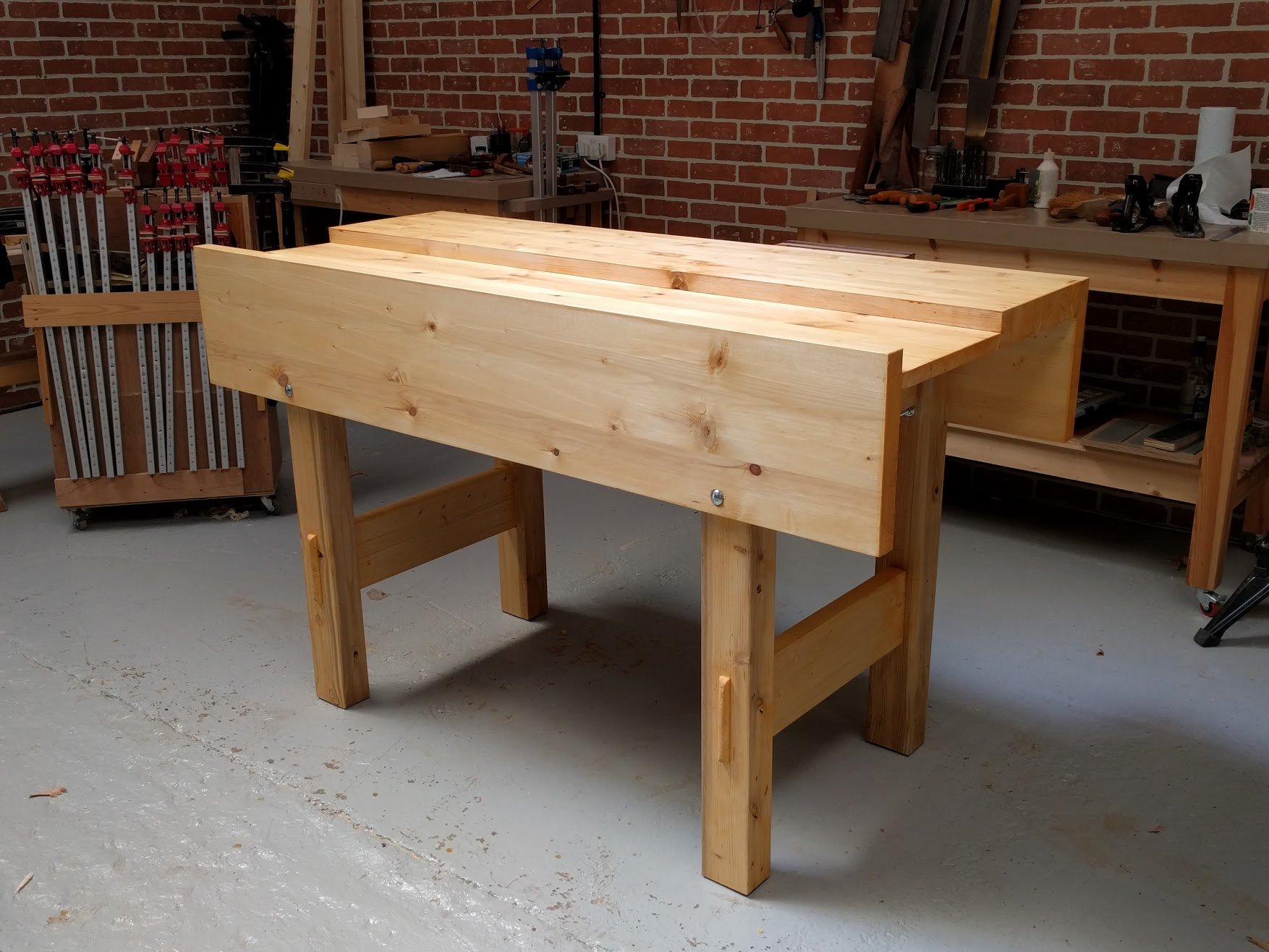 I have a design I’ve been working on you won’t have seen before nor even guessed at. It’s covered up in dust sheets but it is fairly radical. I’m looking forward to its debuting as it is part of my dream in equipping woodworkers. Keeping it under wraps, along with another great idea with it, has been the hardest thing. Soon!

So now that Christmas is here, and as we close out the autumn, yesterday began the winter solstice, I feel the need for some rest and relaxation. I hope you all have a peaceful Christmas time with total recovery for a wonderful New Year!

20 thoughts on “Rest and Relax”