The internet opened many doors for communication. It’s hard to believe that YouTube is only 13 years old! You can learn more about woodwork and its counterfeits than ever in the history of woodworking just on YouTube alone. The problem we small guys face is that, as the audience searches ever the widening net, we become all the more hidden. Actually, I might say buried. 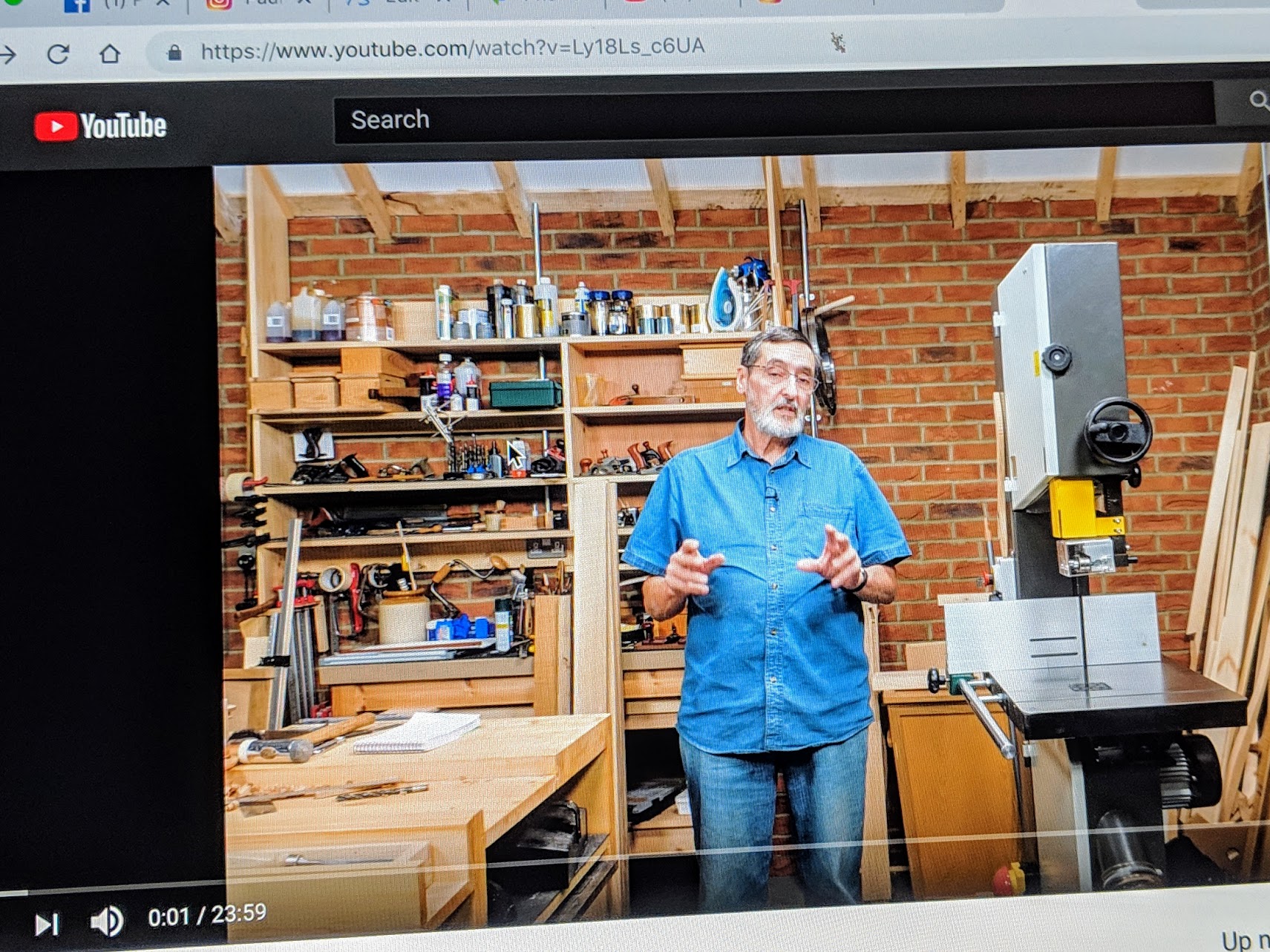 The time of my struggle researching finding information using snail mail and reading books seems ever distant. I have always said that in this age of mass information there is all the more misinformation. And self-policing really doesn’t work all that well The more YouTuber channels there are the more entertaining it becomes and so often I see the real stuff getting more and more buried beneath interesting-poor stuff. 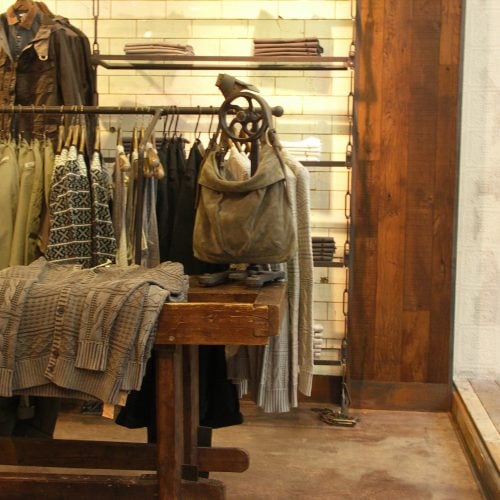 A workbench is sometimes used in stores for displaying clothing.

Personally I have always faced opposition in my quest to encourage wood machinists to at least ]ook at hand tool methods. Not to say it’s a better way or to keep them shackled to primitive methods. More to say machines can be complementary to skilled work that’s all. I think that is because of false perceptions mostly that I somehow think people should be not think and work progressively. That is far from the case. I like driving a car but prefer riding a bike and walking wherever I can. I feel more in touch with life that way. It’s the same for me in woodworking. My senses and synapses are in tune with all things and `I like the workout I get that machines don’t give and then too the clean environment and the noise free way I live as much as possible. I have never wanted people to live in the past. Perhaps more to discover it and reap from a very rich inheritance. I’m not exclusive either, as some say I am. They just don’t know me. No one wants an isolated group of specialist woodworkers—except specialist groups that is. My craft is and always has been for anyone and everyone. I never really cared too much how people worked their wood. It was more that they might be missing the point of the needle in the haystack for little more than some hay and stubble. Hand tool woodworking is a cornucopia of exciting skills methods and techniques of working available to all to be developed and then enjoyed for a lifetime. For me it has been more one big festival of exceptional celebrations. That’s why my craft of true woodworking has always been so important to me that I have always wanted to protect it and been fearful that it might one day become extinct to the ensuing generations. This week I listened to the broadcaster David Attenborough’s cry about the possibility of human extinction when he told delegates at a UN climate summit: ‘If we don’t take action the collapse of our civilisations and the extinction of much of the natural world is on the horizon.’ The naturalist was chosen to represent the world’s people at the summit held recently in Poland. What’s true and not is for each individual to dwell on, contemplate and be responsible for. But the reason I mention it here is because that was how I felt about my craft when I began teaching and training and writing about my thoughts on woodworking and what it was/is 25 years ago. “If I don’t do my bit my craft could disappear.” I thought. 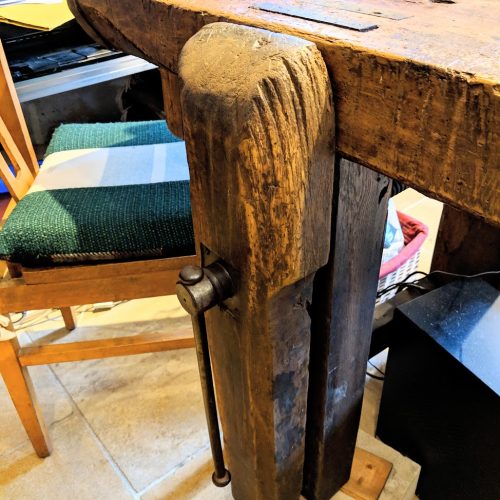 So many crafts have already gone and it is unlikely that they will ever be revived. Now I’m  not so much impressed by historical craft associations per se, that they do much for the conservation of a way of life in keeping craft work alive. They are interesting on a limited basis, as a living history museum though  and I have enjoyed visiting them on occasion. It’s more that people might believe the professionals who say hand work is outmoded and out of reality are stating facts rather than mere opinion. I have even had college lecturers and teaching professionals say such things to their students—one time it was even said in my presence. That person said, “You cannot make your living as a furniture maker.” I stood at the lectern after and said, “Do not believe everyone who says you cannot make your living as a furniture maker because with the right attitude the chances are that you will!” What should have been said was that ‘they’ couldn’t, not us that did and could and can and do. Alright, in more recent years I retired from designing and making to sell. But that was not because I couldn’t make a good living from it at all. It was because I chose to be an advocate for my craft in my closing work years and in particular the hand tool’s element of woodworking. I wanted to retain the best of the past only because it so complemented mechanical methods. Had I not chosen this path, and in the face of abject rejection at that, I personally would have seen a great diminishment in the hand tool tradition of woodworking. I hesitate to even use the word tradition because it can be so sneered at, but tradition is really just proven technology and that is how it should be presented. 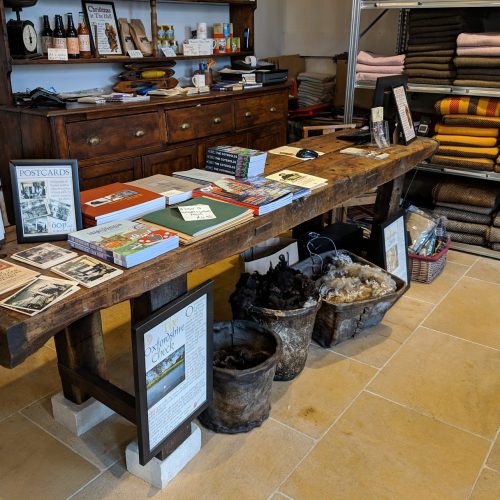 A workbench I saw this weekend is used as a shop counter. Just as well, it’s far too low.

Thankfully my work sees a steady increase in people developing skilled work. I don’t present many options as indeed I don’t present tails or pins and pins or tails arguments. It’s not more choices people need but some basic facts, basic teaching and training. A lot of my time is spent countering arguments that say you need ten planes or pull-stroke Japanese saws are better because western saws don’t cut well and are hard to start. Yes they do and no they’re not! Question the authority! Especially the online sales strategies. Two bench planes will get you  through  all you need for the rest of your life and you need nothing longer than a #5 or a 5 1/2.

I plan to spend the remainder of my working life enjoying being an ambassador for what I believe in. I have a cause and I see so many who love working with their hands. We have big plans for the next five years and we don’t take sponsorship sop we are free to say it as it is.

← Mis-fitCot’s Coming Close to the End →