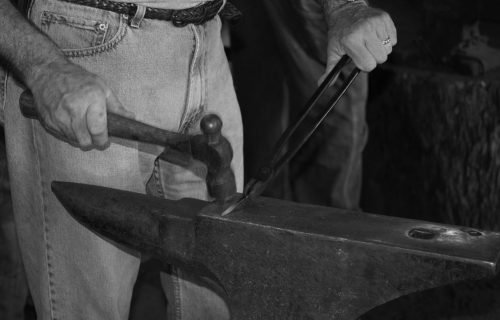 lives? 50 or so years ago young people left school, applied for an apprenticeship (as I did back in 1964) and started to learn a craft from elders in their field. The traditions of a craft and trade were handed down, as they say. Handed down. Why does that term now seem so old fashioned? That was very much a part of a post war culture. Handed down
clothes and shoes, furniture and tools to live life with. These were the then essentials of life. Not too much consumerism raising its ugly head back then. My take home pay for a 48 hour week was £3.50p for the week, not per hour. Factory work paid six times as much, but at the end you had no trade.

How do young people apprentice today and exactly what do or would they apprentice in should they want to? 5o years ago, most of what we used, wore, looked at, looked through, rode on or in, walked in, talked through and worked with were made in the country we lived in. Today that’s not the case at all. Most countries in Europe and North America buy in these things as imported goods. Throughout Britain, the wool and cotton mills stand emptied shells of brick and steel and slate and stone. Cities of steel like Sheffield have become liesure industry centres of entertainment, nodding to a historical past within the walls of a handful of museums, but just where did the creative provision of industrious craft let go the hammer shaft and sell the inheritance of craft rights for our children to export the mechanism of honest work to another continent?