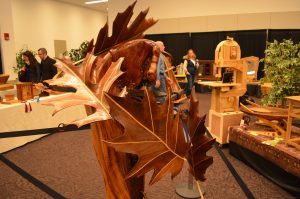 The show was quieter with less attendees on Sunday, but my hand tool demonstrations were just as full as ever – the seats and aisles were just about full each time and the show was well worth the effort the New Legacy team put into making this such a successful booth. 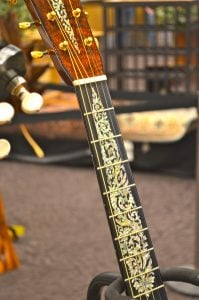 I did manage to get around the exhibits and booths for a little while and I was truly impressed with the width and breadth of presentations. I know that we drew the largest audience in any of the education presentations and every seminar we did was well received. 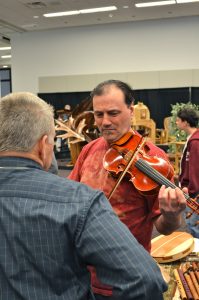 Judging by the emails I have received everyone felt truly positive about the message we brought too, so thank you for your encouragement and your support.

Some highlights in the show was the NWA’s investment program in helping woodworkers through many avenues. They have a wide range of hands-on children’s project making workshops where the kids could make different types of bird houses, wooden boats and other things. 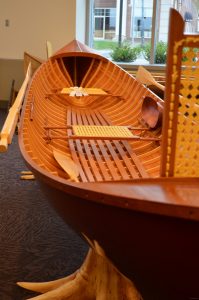 They had questions and answers on woodworking covering every subject you can think of and experienced, knowledgeable people behind the desk to give straight answers. These were all volunteers from the Association. Remember the whole show is run by volunteers and it’s not a rinky-dink show in any way at all. This show matches the best of the best. Lots of time investment all around.

I was surprised to discover Tony Murland (UK) was there selling his old hand tools right next to my booth and I found some very fine small gouges I had been looking for as well as another plane I wanted for a gift for someone. I bought a stick of ebony for inlay wood from another booth and also discovered some suppliers for the new school too. 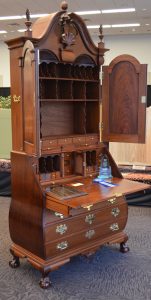 I did think that the highlight of the show though was the exhibited work of individuals. Very inspiring! The pictures hardly do justice to the workmanship of some of the pieces and the 1st and 2nd prize awards were justified by the quality I saw. Moreover, the diversity of work was impressive. From oval Shaker boxes to credenzas, writing bureaus and canoes to carvings and turned sculptures of every and very different kinds. Next year I will take much, much more time for this area of the presentation.

It has been a very sad loss to see the demise of woodworking in Britain. There is no show like this one there and hasn’t been for some years really, even though there are individuals like Mike Hancock and his team that put untold efforts into promoting and trying to make it happen. I think Mike’s European Woodworking Show has even more to offer by way of craftsmen presenting and if uniting the best of the NWA with the EWS were ever to happen we would have the best woodworking show in the world I think.

I think that it’s important to support these venues as best we can. The machine manufacturers have dominated them for far too long and really offer no support to the actual shows aside from paying for their booth space. Something has happened to the shows over the years, and you may not know this so I will tell it here. 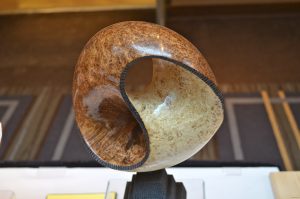 The big boy attendees with the money such as Dewalt, Makita, Jet, Delta and many more used to come to the shows, but only if the number of attendees was right. In the peak periods under the New Yankee Woodworking era these guys did well as it was pre-internet and about the only way you could get a bargain on tools and machines etc. As the numbers dwindled, the big boys only attended shows with a certain number of attendees. The smaller shows dropped off and eventually stopped. That meant closure for many small companies too. You see there is no care for you the attendee, at all. No loyalty beyond the mighty dollar. The same is happening with magazines too. Eventually they too will stop because they care only about selling the machines. I mean, ask yourself; how many screwguns (drill/drivers) routers and skill saws do we really need? That’s what many shows have to offer these days.

Well done Northeastern Woodworkers Association for this and all of the other things you are doing in the woodworking world.