The dawn chorus of cars and eighteen-wheelers begins to replace the cardinal calling from the riverside behind my apartment. In the silence of the night I often hear the river below, but now the new dawn of modern life drowns out the natural rhythms and no longer can pace be defined by the limits of a man’s stride or the gait of a horse. Stirring from my sleep I think of the day yet unfolding and please my heart with the sanctity of honest work. I rehearse an answer to a working problem in the woodshop and wrestle through the concept in my mind until I know how to resolve the question thoroughly. I plan for half an hour and seek answers before the invasion of full life determines my objectives for me. 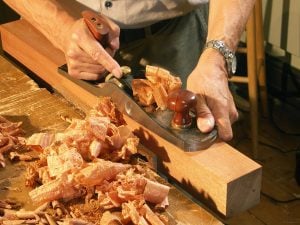 The work at the woodshop is nearing completion and inside the main class area we are ready for class. The new sets of tools arrived safely by carrier from Canada and others should arrive in the next two to three days. We worked continuously last week to finalize many things with new bathrooms, floors, doors and such to be done. But the greatest great relief to me was seeing the work Tom and Gary did in completing all of the benches. 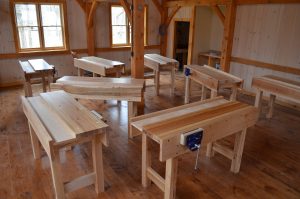 Saturday evening the benches stood scattered amongst the timber-framed posts like islands of sanity. I think with sadness that as we strive to rebuild and re-establish our workshop here in New York, schools across the nation and indeed continents have shut theirs down. Politicians and educators (for some very obscured reasons) made decisions decades ago that rendered our young people dysfunctional, exporting their jobs and future to another continent when they could have been working fulltime here at home. I thought of this Wendell Berry poem:

Even while I dreamed I prayed that what I saw was only fear and no foretelling,

for I saw the last known landscape destroyed for the sake

of the objective, the soil bludgeoned, the rock blasted.

Those who had wanted to go home would never get there now.

at blank desks set in rows. I visited the loud factories

where the machines were made that would drive ever forward

toward the objective. I saw the forest reduced to stumps and gullies; I saw the poisoned river, the mountain cast into the valley;

I came to the city that nobody recognized because it looked like every other city.

I saw the passages worn by the unnumbered footfalls of those whose eyes were fixed upon the objective.

and who had long ago forever been forgotten, according to the inevitable rule that those who have forgotten forget that they have forgotten.

Men, women, and children now pursued the objective as if nobody ever had pursued it before.

The races and the sexes now intermingled perfectly in pursuit of the objective.

the once-enslaved, the once-oppressed were now free to sell themselves to the highest bidder and to enter the best paying prisons in pursuit of the objective,

which was to clear the way to self-realization, to self-creation, from which nobody who ever wanted to go home would ever get there now,

for every remembered place had been displaced; the signposts had been bent to the ground and covered over.

Every place had been displaced, every love unloved, every vow unsworn, every word unmeant to make way for the passage of the crowd

of the individuated, the autonomous, the self-actuated, the homeless with their many eyes opened toward the objective 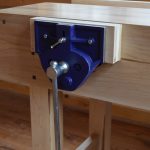 The vises we chose are substantially excellent in functionality and quality. I have been using the same one since January and like them more than the Record vises I have used now for half a century. Tom spent some time cleaning off the excess oils and grease used to preserve the new vises and ensuring that they were ready to use a week Monday.

I will drop back on my cupboards this morning. I have them together now and so I will fit out the internal shelving and hang the doors. I have a couple of drawers to make and then all that remains is to paint the outsides.

Soon we will be sharpening the chisels and planes ready for Monday. No mean feat when you think in terms of 85 chisels and 48 different plane types. Not for the fainthearted at all. Thankfully we decided to go with Veritas tools for the main part, so their tools are ready to go straight out of the box pretty well.