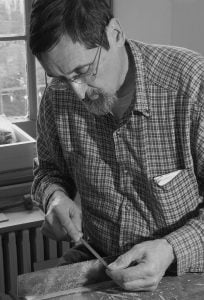 Your saws are dull, rusted and the set went two decades ago. The rust convinces you that Japanese saws were the way to go anyway and the disposable type, even better. Throwable? Cheap? No not really. There’s a price pay and it’s not necessarily us that will pay long term but more likely our children. In a culture striving always for the cushy, pull out a conventional handsaw on the job site and most woodworkers, often called carpenters, will look at you as though you just grew two heads. Here in the UK, joiners and carpenters boast of their savviness in first discovering and then relying totally on throw away saws and what an advancement that was. It’s the same in the US too. Yet do you know anybody can sharpen a saw in a few minutes. yes I know these saws cut much better than the old fashioned saws, but only if you don’t know how to sharpen and shape the teeth of a saw to task and that’s quite simple once you know how. 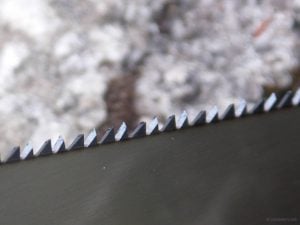 Most people, woodworkers, don’t know how to sharpen a saw of any kind, so taking the first step can be daunting. It was for me 45 years ago. But professional woodworkers are not the ones you should follow because most of them don’t know how to work with wood anyway and they definitely don’t know how to sharpen saws. But saw sharpening has been a skill I grasped right from the beginning. One thing that I learned back then was that even a badly sharpened saw will work after sharpening. All that remains after a bad sharpening is you can improve. From there on it’s quite down hill but in the positive sense that you were pushing up hill and once mastered, saw sharpening means you can coast from saw to saw with much greater ease and alacrity. After my class on Wednesday a handful more woodworkers will be able to not only sharpen their saws  but do it well.

Just to get you started I will post a blog shortly on how to get going. I still have places for free in Wednesday’s workshop so call me if you want to reserve a place. First come first served but you must call before the workshop on Wednesday. See you there.

Tagged Saw sharpening
← Harmony in wood, steel and bronze#4s – don’t abandon them yet! →