I was wanting to know your thoughts on the veritas vises that you use in the school. Is the quick release cumbersome at all? I noticed you have to spin it 2 times counterclockwise to release it. Wasn’t sure if that was a pain or not, or if you prefer the squeeze release style better. I am purchasing one soon and was wanting a professional opinion.

No it’s remarkably good, I think actually the best quick release mechanism I have found. 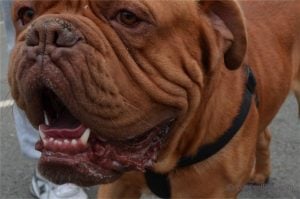 It’s got tremendous torque from the adjustment bar and cinches stock up like a bull mastiff on a coon’s tail. No squeezing levers as on Wodens and Records and import vises. I should tell you that the very worst vises are the Jet vises. They need new parts within one year and the parts cost too much to repair. I bought them for one of my earlier schools and they never improved but we had to keep repairing them. The only reason I bought them was because Record sold out to imports too and for a season we couldn’t get quality domestic vises at a reasonable price. Jet made more money on the repair parts than they did on the vise.

An issue we found with the Veritas vises, one that can be remedied in minutes. From the factory the vises come with the parallel bars cinched to the moving outer jaws dead tight. This distorts the bars by flexing and thereby distorting the bars as they seat in sockets in the jaws. By using Loctite on the screw threads of the set screws, which are accessed from the from face of the jaw, you can lessen the torque and this frees the parallel guide bars to allow the vise to open and close freely and very smoothly. We did this to the vises at the school and got on with the classes.