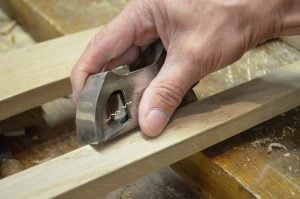 Bullnose planes are an added luxury until you really need one. I bought my Stanley 90 in 1966 and I am still using it. The nickel plating is mostly gone now and I never altogether understood why they used it because mine never did rust. I just use it a little and a lot depending on the project in hand. Sometimes we think specialist planes like this are dedicated but I use mine a lot for removing the arris from projects such as drawers or boxes, even after they are made. 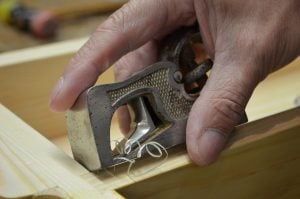 I just bought one on eBay as a BuyitNow bargain at £31. This is a good price for an older little used model. I own a couple made by Veritas and also e Preston. All good stuff really.

Bullnose planes come into their own when you need to ease a drawer runner inside a confined space.

Have to abandon this as i am boarding my plane .