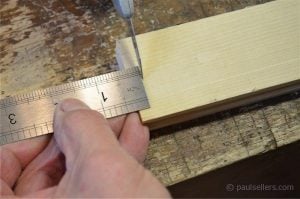 It’s important that these shoulder lines directly correspond to the insides of the walls which are also the distance between the housing dadoes. 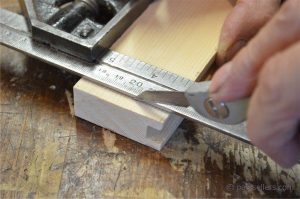 With the first knifewall established, I use the square to square the shoulder lines across the wide faces of the rails… 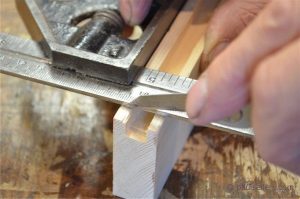 …and onto the edges too. 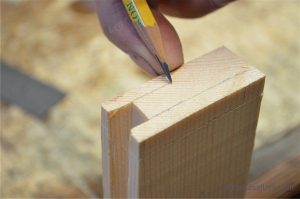 I use a pencil to mark the width of the tenon onto the end grain , using the groove sides to guide me… 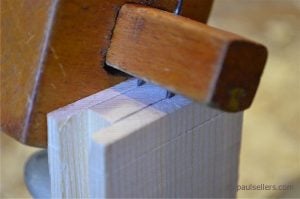 …I can also set the mortise gauge to the groove walls. 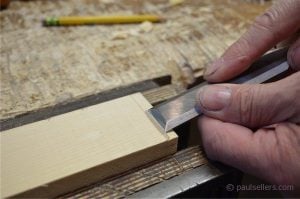 I pare into the shoulderline knifewalls from the waste side. 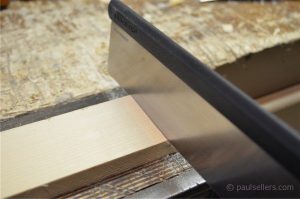 This wall guides my saw as I crosscut the shoulders of the tenon down to the gauge line on one side and the groove wall on the other. 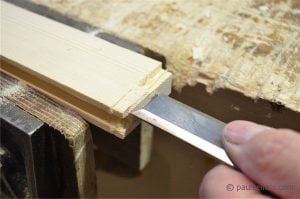 To cut the face of the tenon, I split from the end by placing my chisel directly on the pencil line or into the gauge lines and tapping with the chisel hammer… 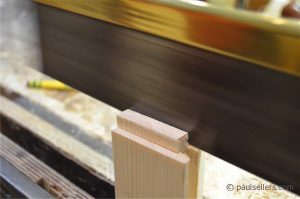 …or I can also use the saw to saw the cheeks. 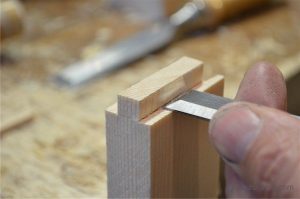 It’s important to trim off any fuzzy fibres from the tenon shoulders so that they seay well. 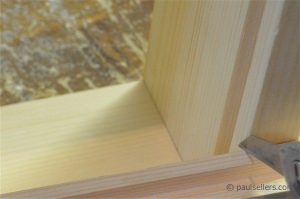 I mark the opposite shoulder line by placing the first tenon shoulder inside the first wall. With the knife, I mark the exact position with a small nick on the corner and then follow the same procedure as before for making the tenon.

I cut the second crossrail exactly the same way. 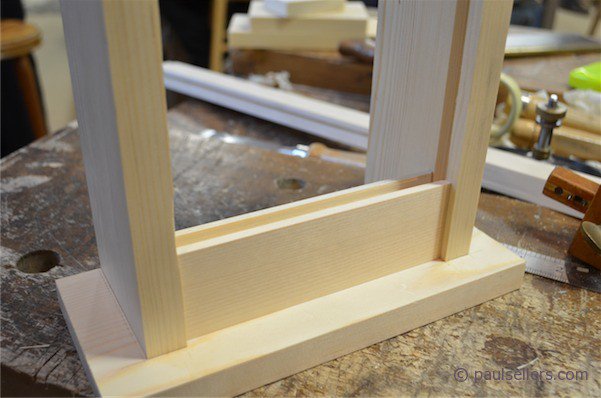