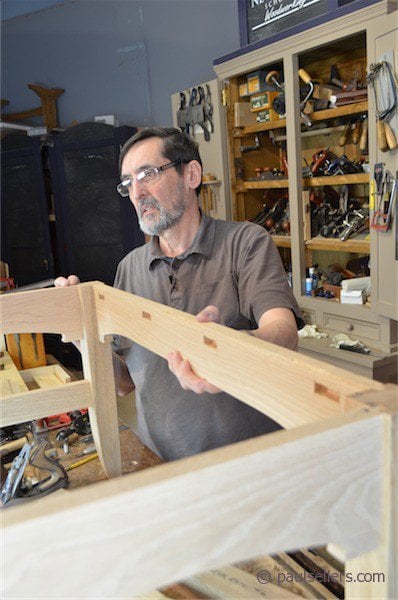 My day in the workshop

My current project is a coffee table, Arts and Crafts, oak and made utterly by hand. Most of you will recognise it as the coffee table we have been filming for the woodworking masterclasses we’ve been videoing over the past few weeks of the series. It’s coming to a close and so I had some catch up to do to make it ready for final assembly and glue-up. 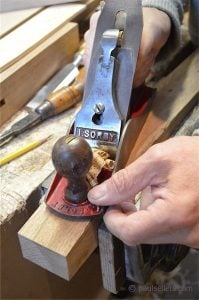 In case you think that I go to my mortise machine to chop the mortises I can assure you that I don’t. When the filming is done I continue chopping by hand and sometimes someone else will help me. Phil often does. We did film today and will film again tomorrow most likely, though no guarantees. I say it often enough, but this is where I find sanity in life within spheres of creative work. 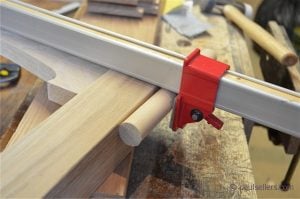 You know, it’s not really the filming that keeps me going but making what I make when we film. Some people come by, see my work as tedious and hard, and try to help me escape the tedium by explaining that there are chop saws and routers that will do it better and faster. 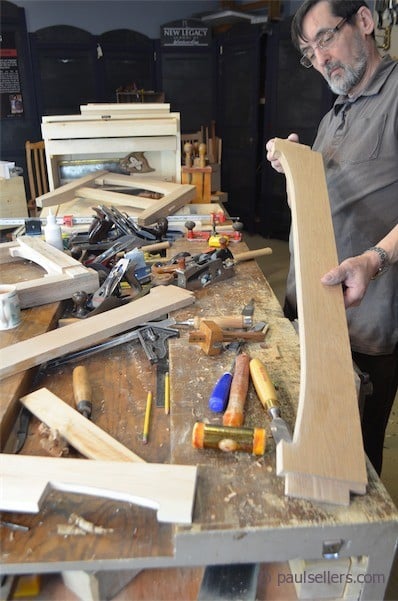 They think I could make more money doing it this or that way and try to even save me from such mundane and laboursome work. Some people offer to lend me their router or their bandsaw and I gently continue as if I hadn’t heard. For the main part they are trying to help, but I wonder sometimes why work and workmanship is perceived as irksome and a waste. I have learned this one thing from working with some people. I have learned that some people spend more effort trying to get out of work than they would if they just did it. I think that’s how i feel about routers for the main part. As someone who spent many months working with them over many years. 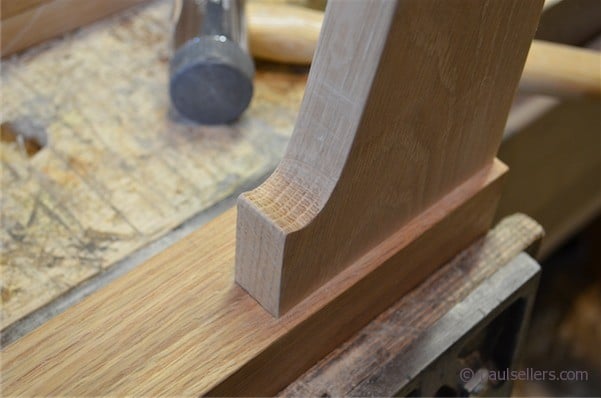 Decades. Someone who knows how to strip them down and work on the inner parts. I’ve learned that most often it’s much quicker to do it by hand than machine. One time, 15 years ago, a friend of mine spent many weeks devising a way of making spoons using a power router to scallop the bowl and then shape the handle. 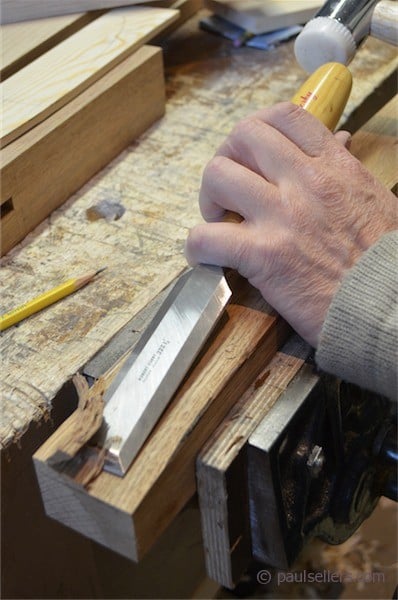 Greed took a hold and he started making them by the dozen. At first no one seemed to notice that they now had the cookie-cutter stamp of mass-made stuff. The process became more and more tedious to the point that making them became a frustration to him, but no matter how much I pointed out how much he had enjoyed making them by hand when he had first started, he would not change. The spoons he had been made completely by hand started at $20 and went up to $40 for a dipper. He could make a spoon or dipper in an average of one hour. They all came out different and people liked the fact that there were no two alike. He felt fulfilled. When he began routing the spoons they all looked the same. He quickly lost interest and trade. He had to lower his prices and soon began to lose favour with the customer base he had developed who believed in him and his way of life. He changed his job working for himself and went to work for another. he never saw what he had had until he lost it. 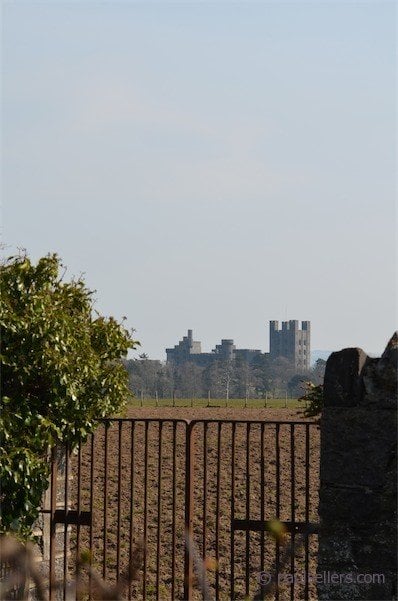 My day was full. Very full. Working with others, wood, real tools and real projects keeps me sane in a somewhat insane world. I looked from fields toward the castle and saw cattle feeding in the pasture and a plowed field newly sown.

5 thoughts on “My current project”