…and it works so well. 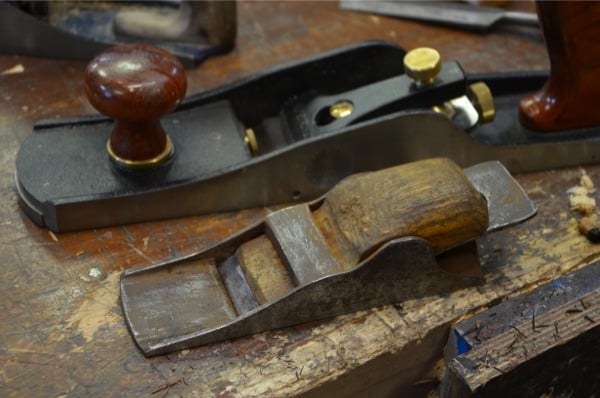 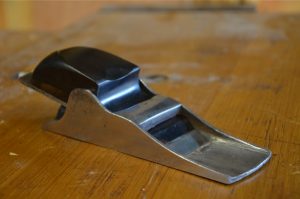 Whoever made the plane also used it and used it well. The casting has roughness to it from the coarse casting sand and file marks from the coarse and uneven file teeth. It’s not fancy or well engineered by anyone’s imagination, but its Ward iron matches the sharpness of the best and the steel is good and hard. All Ward irons were good and hard. 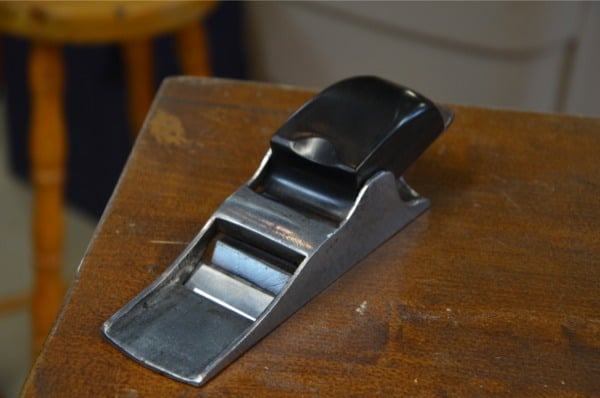 The ebony was from an old carving in ebony. African I think. That was lost and abandoned and useless too. Upcycling takes what others might abandon and brings life to work back into them. In so much as I saw spiritless things lying alone, I also felt hope that with my hands I could make life come from them once again. John poured himself into the steel for me as I worked to cut and shape the ebony to replace the fractured and spelched oak. Beneath the iron was the mouth adjustment. A single shim of an old tool catalog – about a playing card thick (0.25mm generally). When the plane came together I pressed it to the wood on the shooting board for the first time in most likely 50 years. There are many things about this plane that tell me of the man who made it. Perhaps later we can look at those things.

Tagged Bevel-up and bevel-down
← Saturday in the Woodshop – How Was Yours?Edge Fracture – Is It More or Less Likely With A2 Steels? →