When I first saw this tool box I didn’t fully express my feelings here. My senses told me that the box was really, well, first auctioned from a cellar-find in an abandoned state; redundant to requirements, spat out by industrialism and left to die in the dumps around the world in the same way craft, true craft I mean, has been mostly dumped. I have never particularly liked tool collecting for tool collecting’s sake but by user-owners I think is fine. That’s just a personal view and I can also see why people do collect too; possession, conservation, preservation and so on. 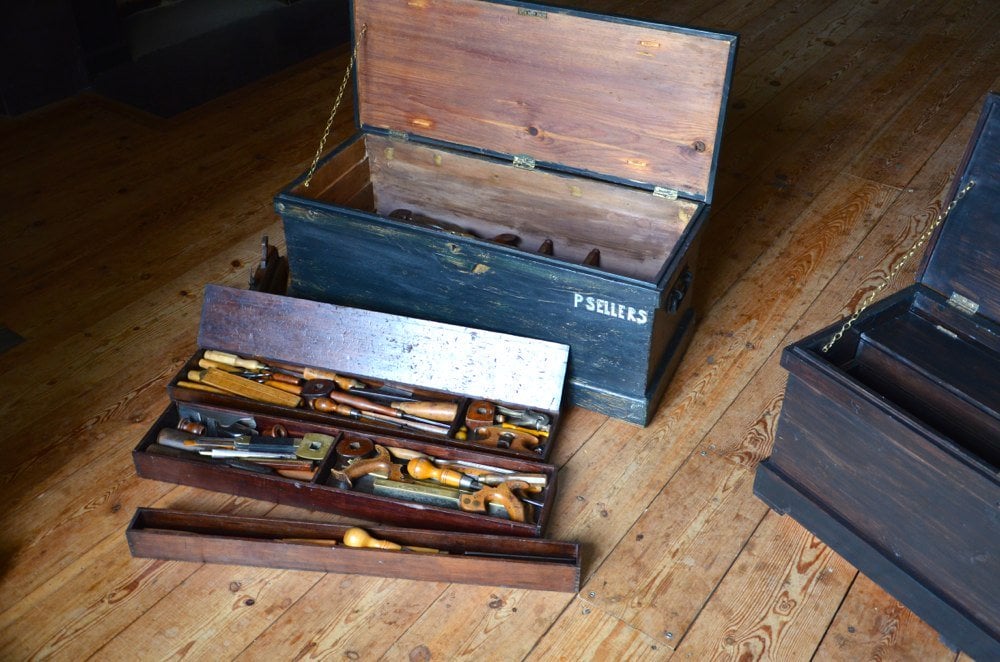 We all know that the passage of industrialism has indeed left its high-tide mark of waste and redundancy in Western culture as a direct result of exporting the industries to Asian fronts and all in the name of progress. Dirty someone else’s backyard and dump your trash and garbage there has been the policy of politics and economics for generations. 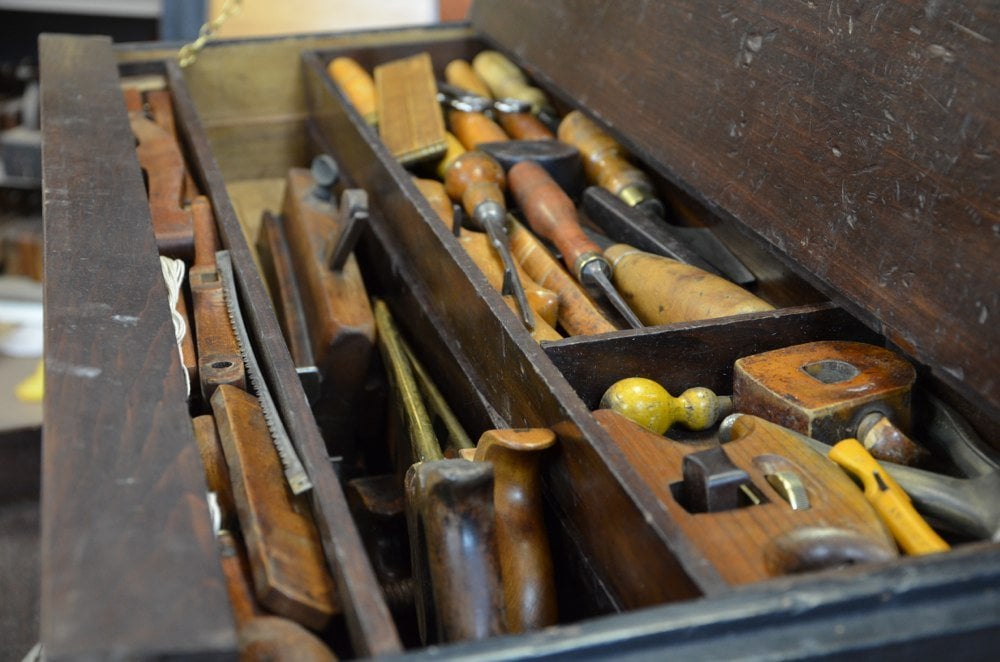 The tools I restored and reloaded today became more a political statement for me. The past redundancies aren’t at all my quest from the mereness of nostalgia, whether the redundancies are the people, the tools or the toolboxes, but a press into an intentional lifestyle woodworking. The tools in this old chest still work well after decades and even a hundred and more years of use. The tool chest should go for another 150 or so too. The life these tools catered for will be resurrected in the life of another woodworker now. I might sell the chest and put the money into a charity I believe in that can use it to help Downs syndrome youngsters to find dormant skills. Its a serious thought for me now. 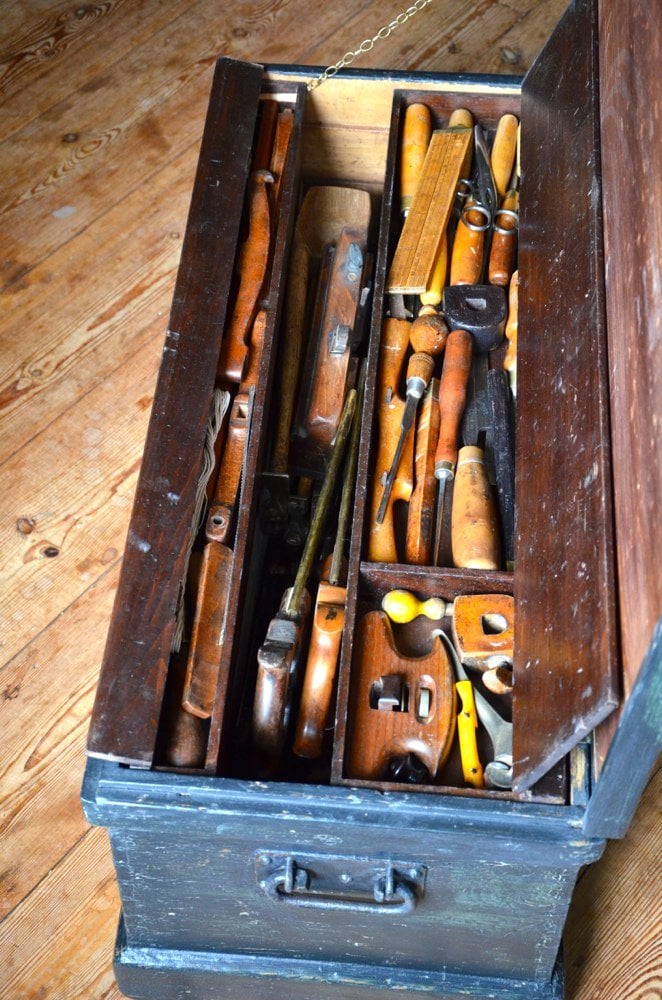 As I restocked the toolbox with the older tools I felt an inexplicable excitement placing the tools as stuffed entities representing life and life skills. The two boxes sat side by side and I look forward to bring the videos on the build to pass on the woodworking masterclasses series in the new year. There wasn’t too much complication in the building of the box but watching how you make dovetails fit dead on around the skirt and the lock and lid rail makes the whole process so succinct. 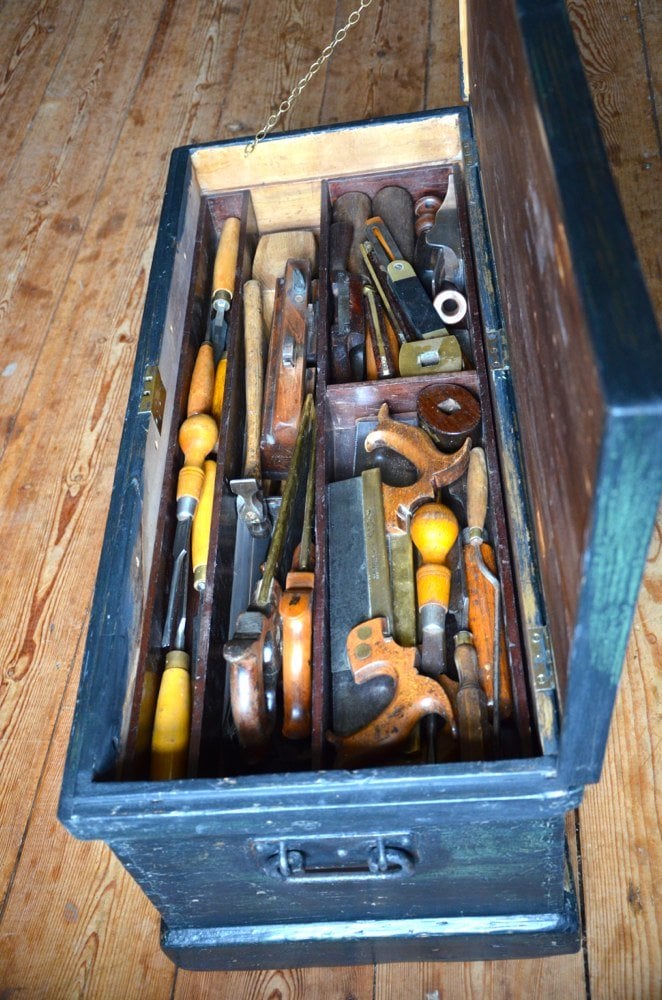 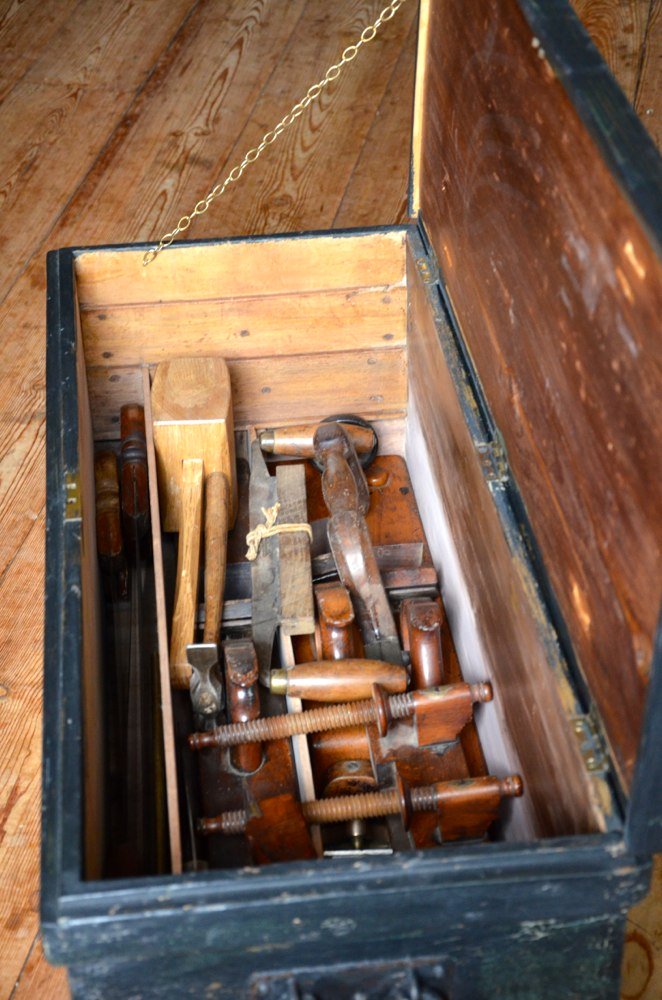 As you can see it’s an amazing storage area and it takes a lot of tools. In the case of this toolbox the craftsman obviously intended to use it to travel to and from jobs. Placed on a hand cart, lifted to the job, opened on a living room floor to repair a door. So many days of use over a century and more by maybe two or three users; father to son and even to grandson??? 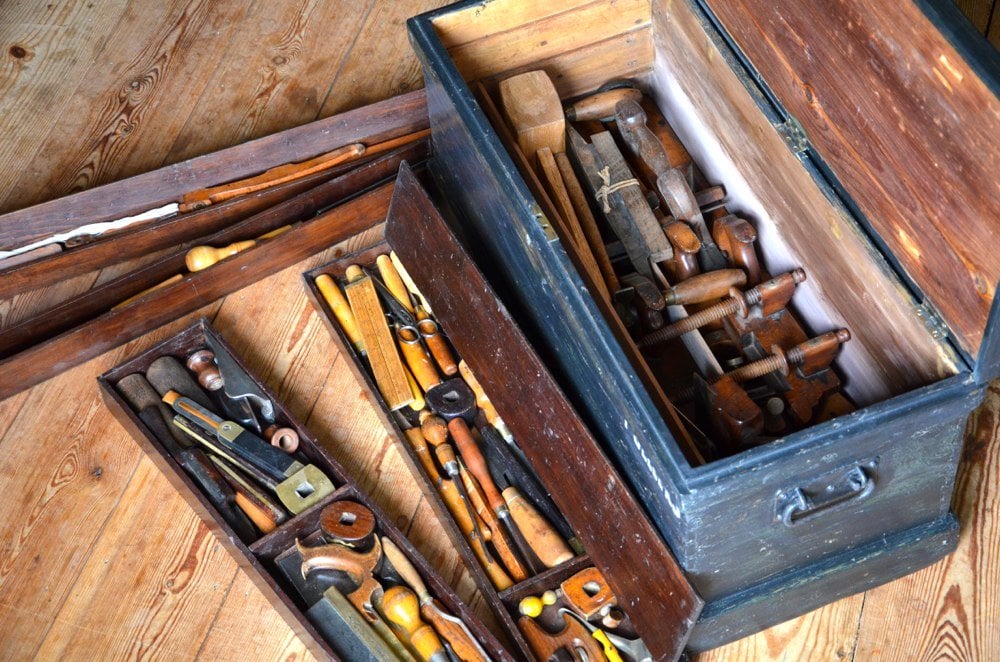 Anyway, I know that you know I enjoyed this one. More to come on the box build yet. Get to it soon.