Every newcomer to woodworking soon begins to see that there are tools used for working the wood and then there are tools and related pieces of equipment for working the cutting edges of the tools themselves. This equipment makes them cut the wood to greater and lesser degrees of effectiveness. Whereas it’s all to easy to diss the past to say we are now the best, you cannot dismiss past quality and say we are better today than ever because few examples of modern work come near in matching the regular works of craftsmen past. 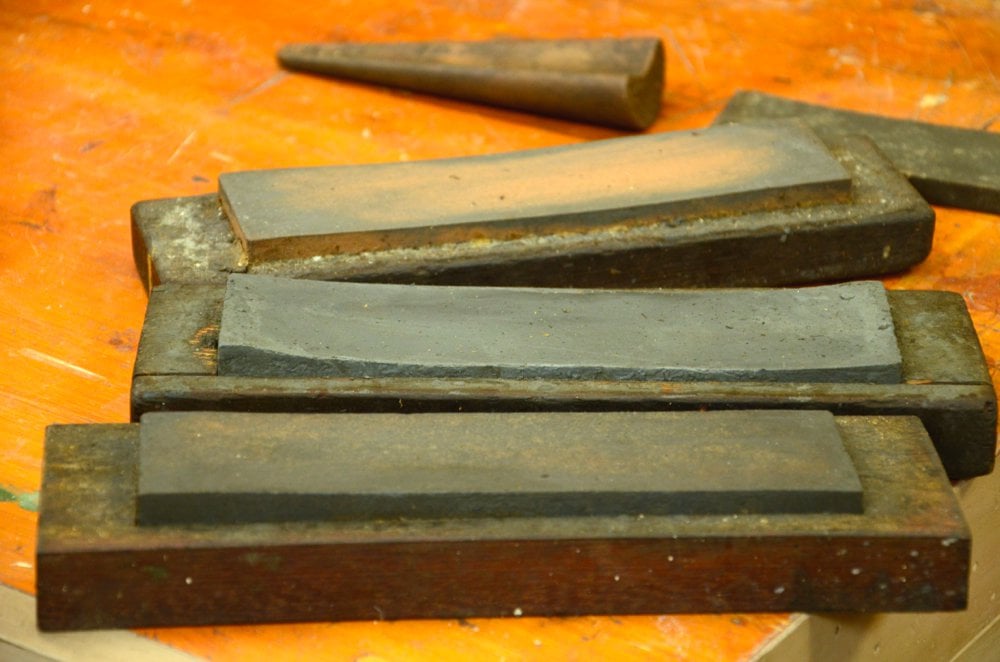 In recent decades I have seen some developments that many of you will know nothing of but I think is important enough to write of periodically regarding sharpening edge tools. By edge tools I  mean every plane iron type, chisels and spokeshaves. Edge tools  with single-sided bevels. Sharpening such tools of course predates our modern-day internet world by hundreds of years, even to earlier millennia when iron sharpened iron all the more. Through the centuries past I see woodwork of every type that ranges from simple carved effigies to complex carvings, complex inlays to simple ones. Creating edges that mate gapless along entire lengths with such tight preciseness no air or glue lines existed takes skill in using the tools and skilled sensitivity to achieve the sharpness it takes to cut wood so flawlessly. This is of course in no way new and has nothing to do with the specialist equipment we have and enjoy today. 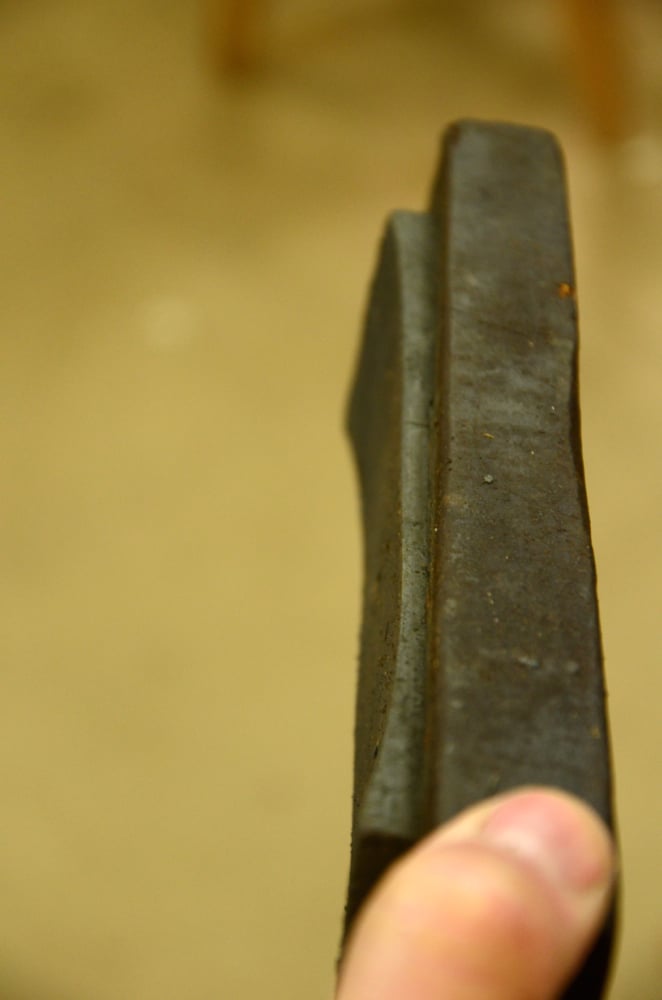 This week I bought a range of western oilstones on eBay. Some were more expensive than others but mostly they were inexpensive and all were secondhand. They all had something in common that it would indeed be easy for woodworkers to see as seriously flawed and something that needs a mega-amount of attention. I want to look at them and try them and show the results on different woods. The stones I bought are all 60 years old or more. 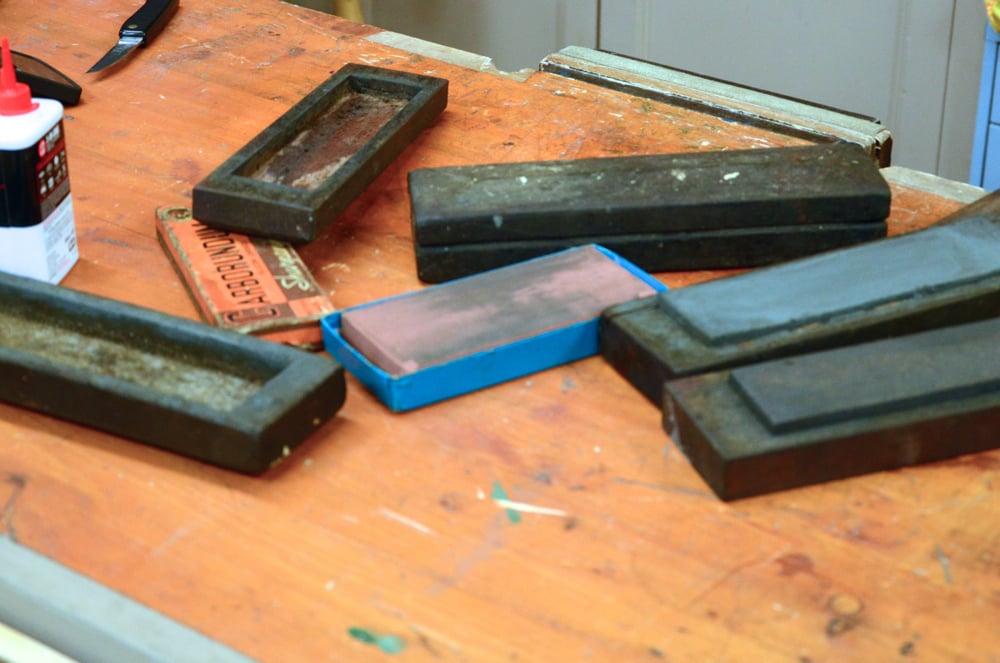 Growing up I worked with men who all had different oilstones. I mean different in levels of fineness, in stone types and such like that. None of them used water stones and as far as I knew back then they didn’t exist in the UK. Every stone back then and throughout the ensuing years from 1960 to 1985 were well hollowed out and by that I mean utterly dished to an even curve the full length of the stones anywhere between 1/8” to 1/4” deep.

Now the question for me as an ordinary, unrefined working man wanting to help my fellow man is did it matter that every stone I ever saw except new ones were indeed hollowed? I feel sort f glad to be able to say with all honesty that it was very apparent that it did not. Why was that? Why for centuries were stones hollowed out along their length and yet standards of workmanship remained exemplary of the very highest standards? For me, the question keeps coming back to me; where, why, when and how did we start along the path of micro-bevels, water stones, diamond plates, dead flatness within thousandths of an inch and other such minutia? I’ll let you know how it goes.

30 thoughts on “Primitive Sharpening From Times Past”