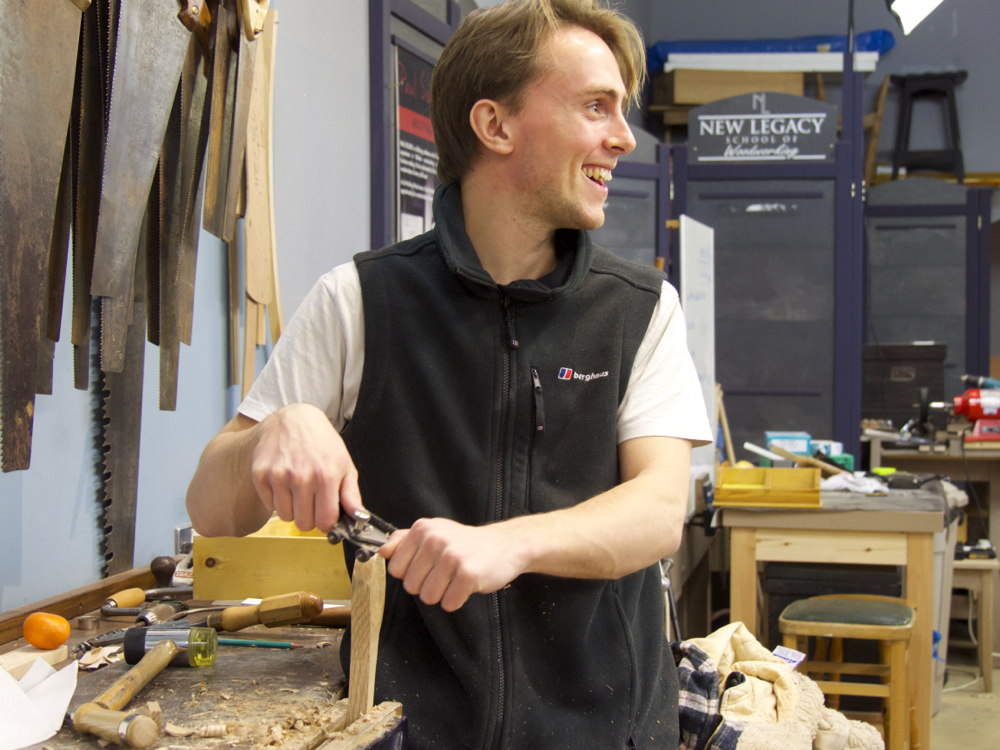 My world is constantly shaped and reshaped by the interaction of people sharing time and space with me. It’s always been that way since I migrated to the US and after I came home to the UK. Mostly I’ve found my work is always moving that way, moving in pockets and periods of transition when change transforms anyone being shaped to change. Mostly it’s people with people that make change happen. In times past I created workshops of isolation to work in. Places where I could make my furniture or make my woodworking alone. I took wood from trees I cut and slabbed and made what I wanted to make and I sold them. I took trees down alone in pockets of isolation that I treasure today as memories. In those days I’d work long days in the wilderness watching for out wild boar and snakes of every kind. I learned to sense danger as I worked with come-alongs and winches, iron lever bars and crow bars to leverage the logs and limbs from the ground to the truck. My 52 Dodge flat bed never failed to start and driving through gravel river beds laden a ton or so of fresh-cut wood after many hours of cutting and shoving and winching probably wasn’t the best use of my time, but back then the work insulated me from humankind.

Often I needed those pockets of time alone in the desert. For me it was a period of discovering more about my limits, weaknesses mostly and then my strengths too. Pitting myself against what seemed to me impossible helped me to develop something I had never seen before. I saw that no man is an island. That he needs others around him. Not all the time, just most of the time. It was the interaction and interdependency that striped away the fallacy that being some kind of rugged individual was to be admired. That the self-made wealthy man was a success and those that had very little or even nothing were somehow less. I saw that my stripping down my chainsaw somewhere in the middle of nowhere in harsh places with nothing but wildness and a shotgun was indeed an achievement and that I wanted to share the experience with my father who feared snakes and came from a city of five million. Several times after me wanting to share it he came with me. He’d never seen 500 longhorn cows before in one place on a ranch of one million acres in a single spread. We shared these things you see. 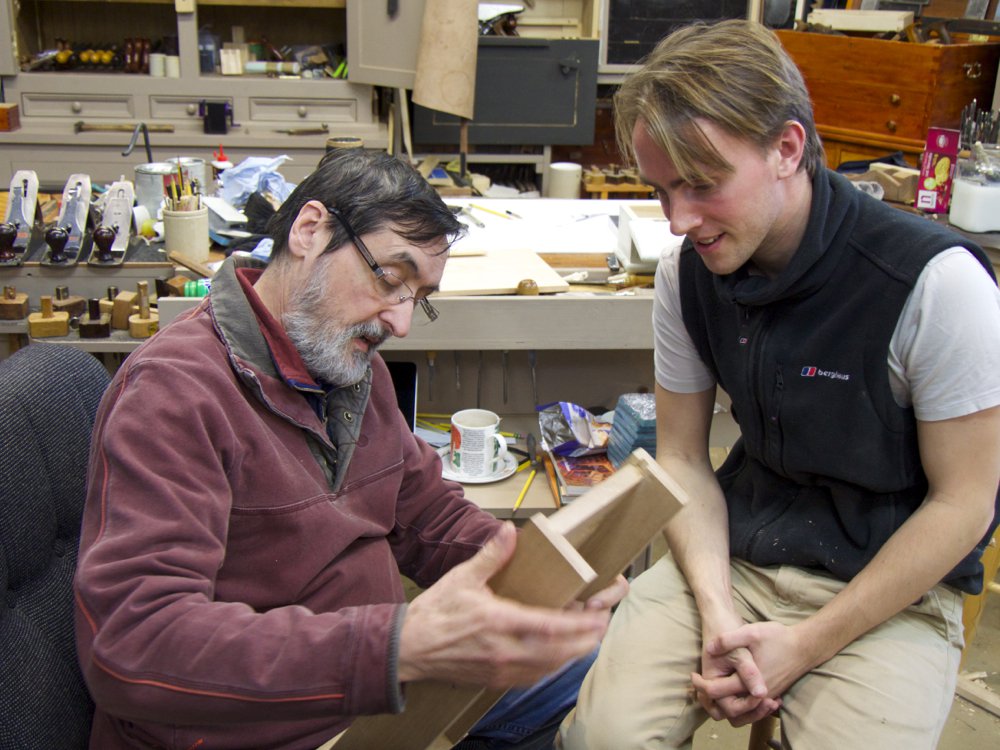 Today I’m back in the UK outside a small town on the coast. Its a funny thing but I go to work each in a massive castle and people I enjoy being with join me most days. People today use a term phrased as reinventing themselves, but mostly they are simply being defined by a life they think they can create but is one that’s creating them. In the desert there are many things you learn and understand when you are alone—no people, just nature. Today there are too many influences surrounding us that we seem to have less and less control of. These influences flow in and out of us all the time and mostly they go unnoticed. This cultural kinesiology is always changing us in subtle ways and unsubtle ways. Culture defines who we are and what we do, how we speak, walk, talk and relate to everything we live in, live by, live for and more. Culture is a powerful influence we seldom see the power of, let me tell you. People I work with, work for, live with and live for are all the more important to me now. My world is a unique world filled with life and that seems to fit me and fit others and we are all pieced together in realms many may never know, but my hope is that they will all in some measure come to know what I’m speaking of. It’s a world where I can now share a way of life with people who are not reinventing themselves but discovering themselves. 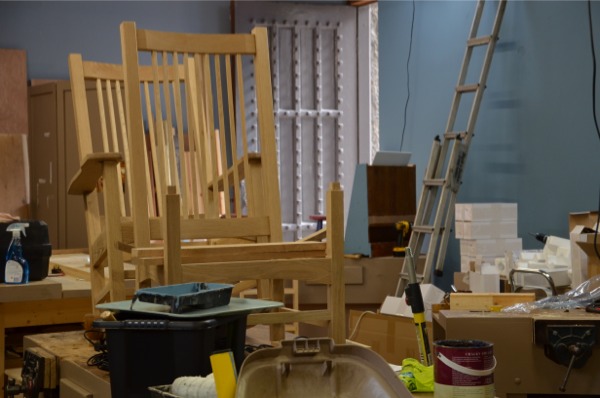 You may not know Rhodri Owen but I do. He did a month long course nearly three years ago. He came over Friday to see me and we shared some time together. I caught up on him as he told me about the business he started making furniture. I knew that was his goal when we first met. Well he went home to the town he lives in and started his business and its been a real struggle, but he’s survived and this year is filled with lots of promise for him. It takes guts not money to start a business like this with nothing.

Sometimes I think people perceive my apprenticing years with some kind of magically wrought spell that somehow transformed me from boy to man—unskilled to skilled. Distractions for me were the same as for any other 15 year old transitioning from days filled with entertaining toyish things and playfulness, playful things to the things of work, where any minute of unfocussedness left a void, a place for a voice that recalled me to the task. A place where accidents were common and the dangers as real as being in ht wild places above. In such times I missed the mark many times but I changed because when someone asked me why I did so and so I couldn’t just say, “I don’t know.” There was an accountability for carelessness that had to be faced. 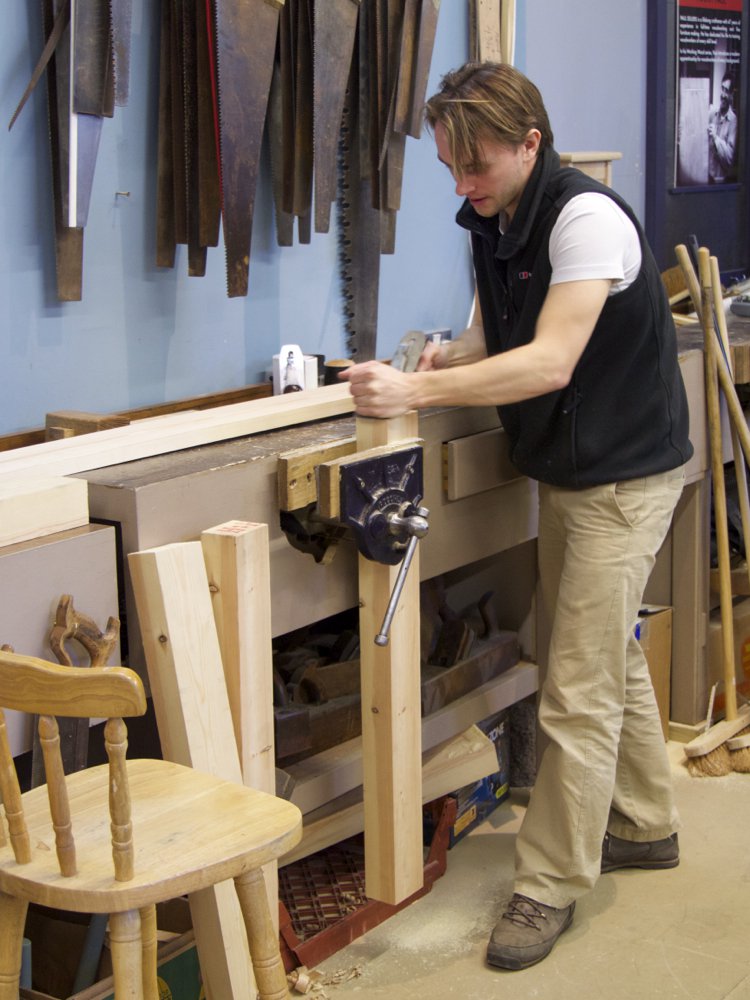 Sam came to a nine-day course a few weeks ago and he was a determined man. I invited him to come join us for a month more and he has. He has only a week or so left, but now he will be staying on at the end of the month because I felt I wanted to help him discover his dream. Inviting him is perhaps selfish for me because I get so much out of apprenticing this way. And anyway, what would you do if you had all of these empty benches between classes. On Saturday we picked up wood for him to start his own bench. I’ll keep you posted. Looks like yet another new maker begins his journey home. 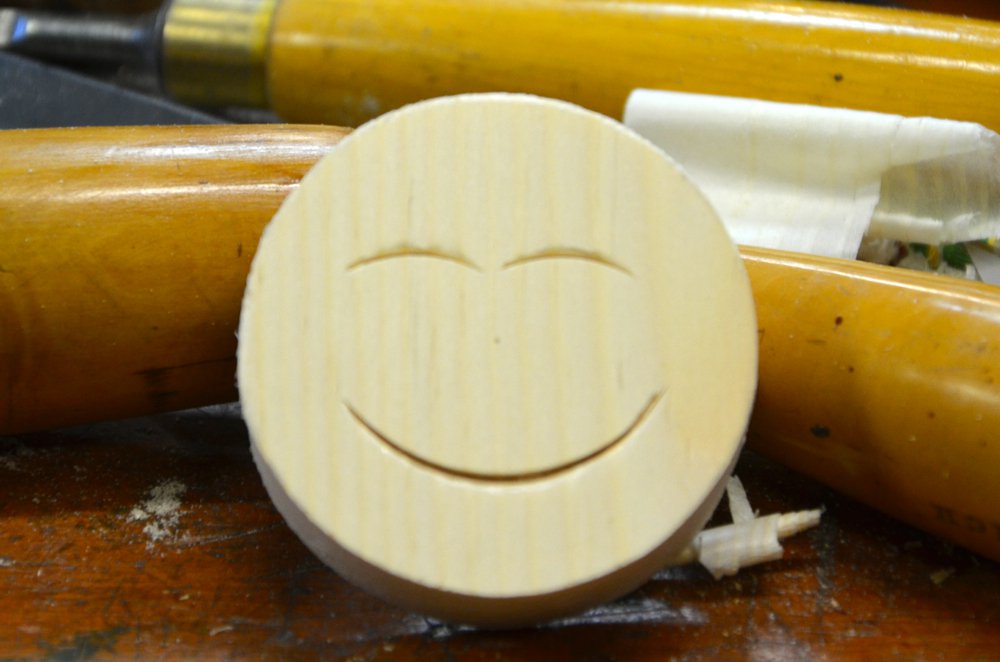 You see woodworking is all about helping others to grow into creativity and then you create a sharing environment in spheres that have worth and value. It’s not something you export as you might say a product, it’s much higher than that, so there is no government backing because you own something no one can ever buy into that way. Apprentice training will never be like it used to be because it can be a shared responsibility. That’s what makes change happen.