I personally think woodworking is a very marvellous thing and it doesn’t really matter whether you do it by hand or use machines or both. I like to do my work as much by hand as is practicable and so about ninety-eight percent of my work is indeed worked by my hands. I think this is the height of wonder to me. No one will ever change my thoughts on this because very few people I have met in the last 30 years or so have worked as much with either machines or hand tools as I have.

Anyway, it’s an unusual percentage in today’s world of course, and I know that. I think three times in the past week I have heard different perspectives on my argument that you can make a living working wood the way I do and that it’s exciting, interesting and creatively solved. There’s a basis for it I could go into but the main difference comes down to the same thing. To work wood well by hand you must develop skill in many areas, you must work efficiently, effectively and be creative throughout any and every given day. These abilities are developed, worked and rarely come without effort and determination. That’s actually all it takes.

Developing skill takes time, but not necessarily years, so that’s not usually the obstacle. What the obstacle I saw in my talking to the three people in the last week who told me you cannot make your living from woodworking these days was doubt. One was a woodworking teacher, the other was someone quoting another teacher and the third was someone who couldn’t make a living as a woodworker and became a teacher but then retired early from that. Not the best team to learn from. Three woodworking editors who were not woodworkers said the same thing some years back too. 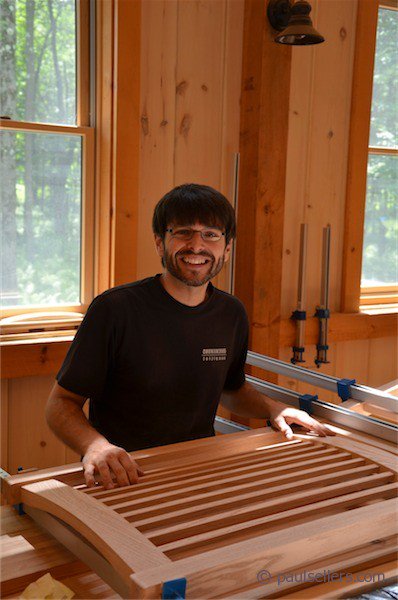 It was never an option for me not to be a furniture maker and it is no less the same today. It does take determination though. I keep making, drawing and designing and then writing and making new films that pass on the skills I and knowledge that empowers others to learn, change lifestyle, build futures and keep my craft safe.

Most days in the course this week I listen and watch and try to guide. Hand seem more skilled to me. Work has improved but then minds have changed and so too most opinions. We have challenged doubt with lived reality and the guys are making things they never made before and at least four out of the ten never knew that they could make what they made until now. Isn’t that alone an amazing thing?

Now my work isn’t teaching but passing it on to others. We build and we plan and we reach out to woodworkers worldwide. I don’t know if I could ever be a happier man than I am now. Thanks to you all, every one of you. 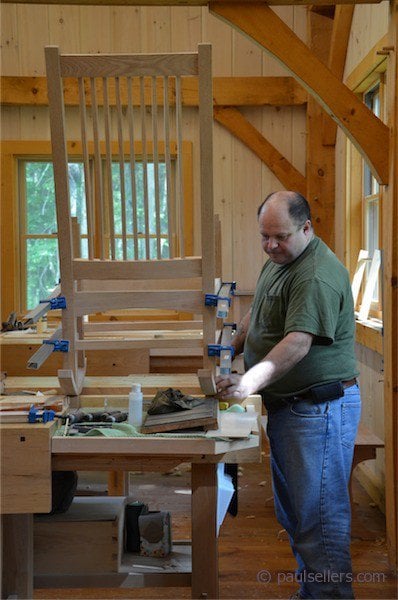 27 thoughts on “Woodworking is my lived life”