Your hands matter greatly. I know you know that but sometimes things need saying. Sam is my apprentice and he’s been with me now for about five months of training. We apprentice for free but we don’t pay but neither do we charge. The system works. Apprentices make their own pieces according to my designs which I design to ensure their growth. Apprenticeships are not to pay me and not to make things for me either. That has to be one of the most unique programs in the UK. To date Sam’s completed a foundational course making many different things ranging from spatulas and cutting boards to toolboxes, workbenches and currently an oak rocking chair. 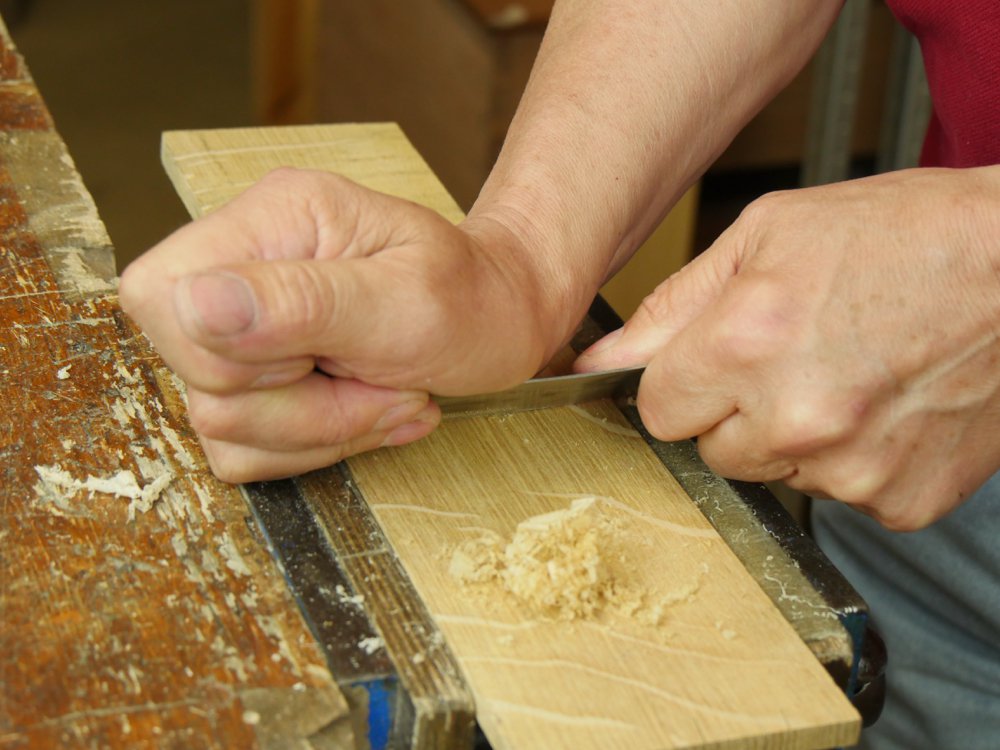 We, that’s us that work together making films and teaching classes and making furniture in the day to day, love work and working together and sharing our workspace, creative times , woodworking tools and plans for the future. Our films reflect that and that’s why we do what we do every day. We could all do other things we like doing like gardening, swimming, riding bikes and living life, but the work we do is pretty relentless. Training became important to me before YouTube and videoing when I could only reach a couple of hundred people a year in isolated pockets in my workshop. Youtube matters because it now extends my sphere of creativity to teach thousands around the world. My friends and I, we’ve taken big strides to be as inclusive as we can rather than exclusive. We look for ways to help others enjoy their woodworking all the more. 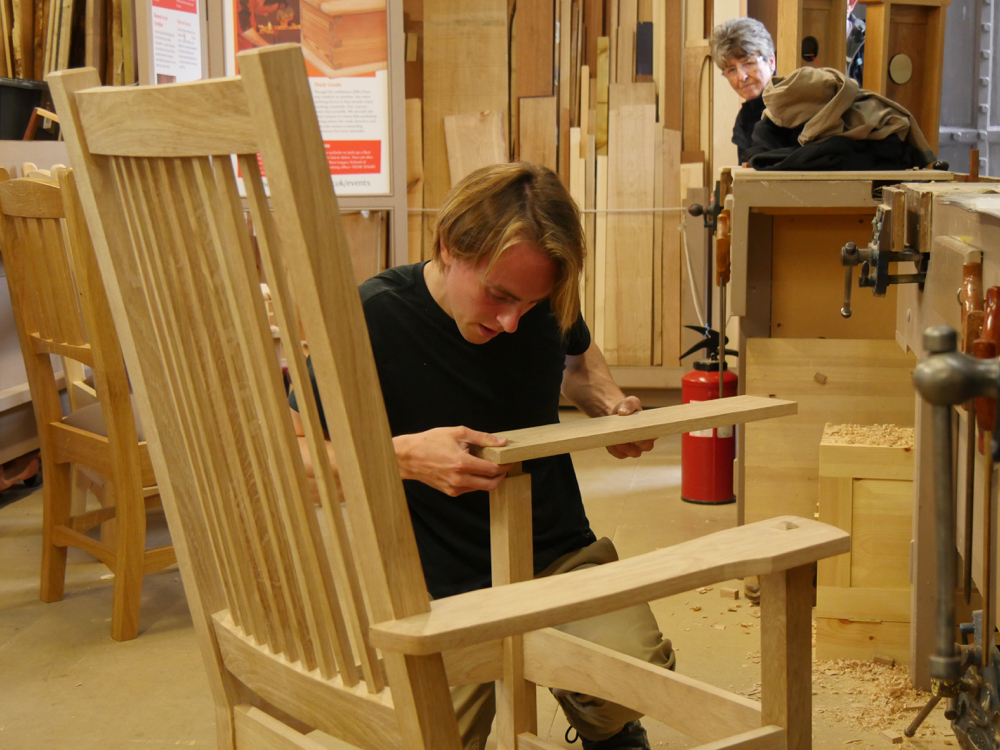 Sam’s background was computer graphics and design, which he no loner does because he too wants to become a lifestyle woodworker. He’s really well on his way. Working in his past career was taking it’s toll on him and he wanted to reshape his worklife, which is why he came here. He’s fun to be with, but he’s also serious about what he does and why he does it. 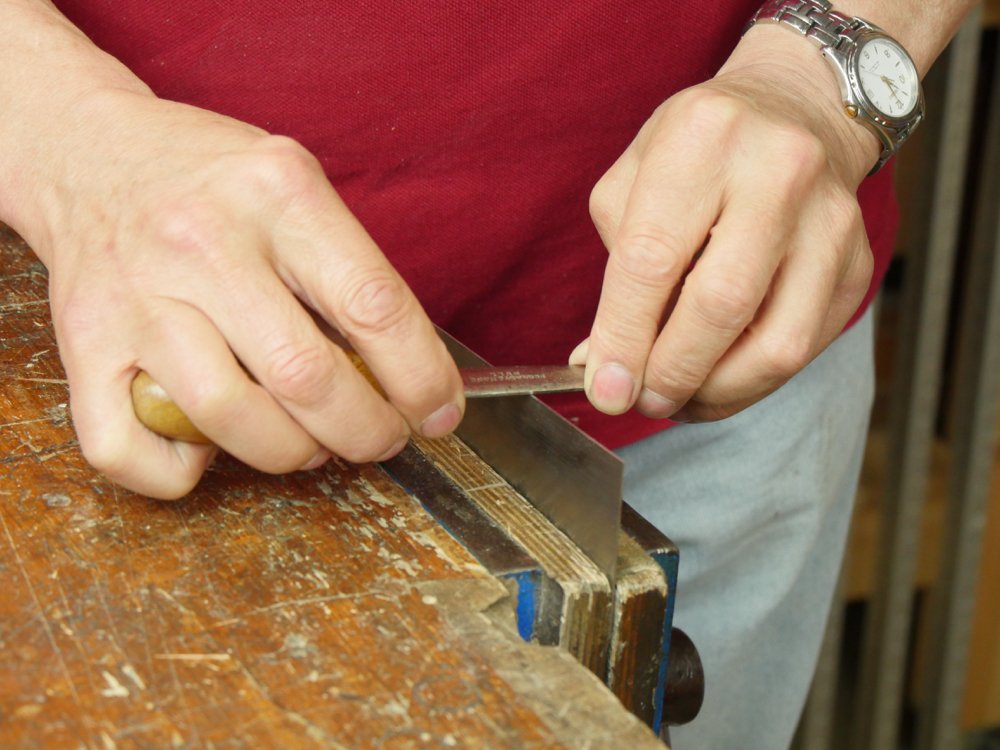 I watch Sam’s work and progress every day. The progress he’s made shows the contrast between someone who wants to learn and someone who doesn’t. I’ve seen him grow in confidence and that goes without saying, but it’s more the way he handles the tools that tell me of his progress. The tools are confidently sharp all the time and well set too, but as I watched him progress his rocking chair I couldn’t help but notice the respect he has for the wood and the tools, the environment of course and then too the working in my workshop with both Phil and I. 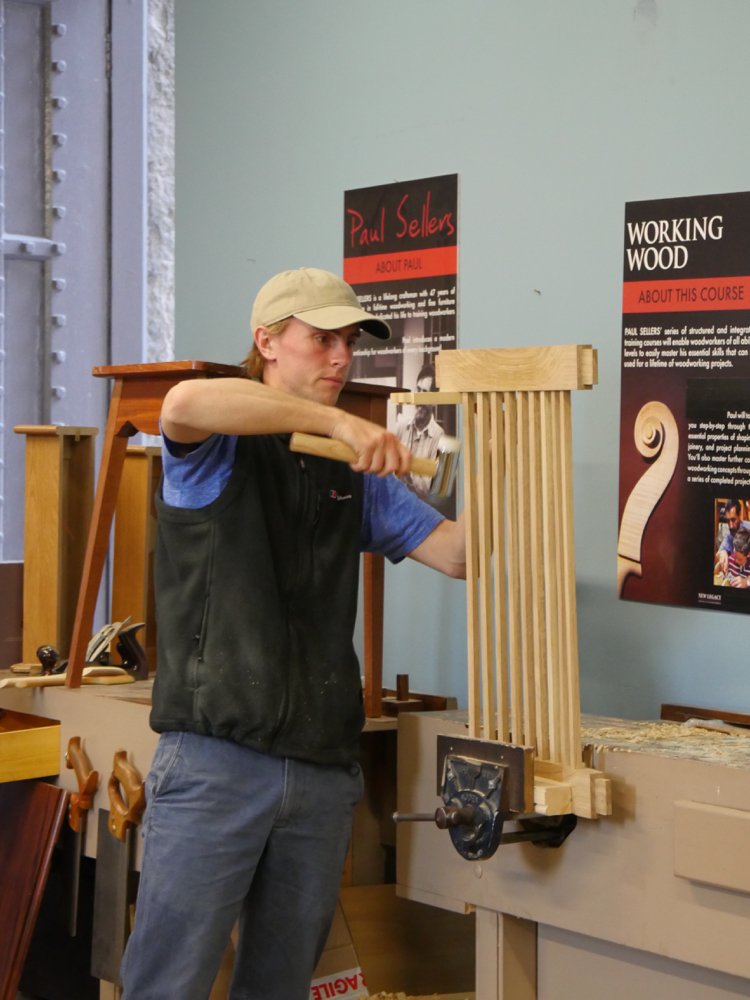 We’ve filmed chairmaking these past few weeks on woodworkingmasterclasses.com and now we’re working preparing for the next series. Sam’s chair is not the same but the steps parallel the chairmaking system I’ve developed since my very first chair. I was commissioned to make a dining suite from old longleaf pine beams some decades ago now. It was a pleasing experience to take rugged, rough-cut joists 3″ x 12″ twenty feet long and see six chairs and a dining table replace it. The growth rings were 1/32″ apart mostly, with a few odd growth spurts here and there.Longleaf pine came from the USA. It cropped up from time to time when bigger buildings were taken down and the beams gathered for resale. It’s a sad thing to think that 95% of virgin growth longleaf pine ended up as beams in factories throughout the USA. When demolition came around 200 years later it was an all-the-sadder day when it was reclaimed for T&G flooring. Longleaf pine from the old growth forests wasn’t soft but hard and dense, very dense. It made remarkable furniture that looked aged but not stained nor old.

Of course my apprenticing strategy will one day stop, but for now a years internship seems to work well.

6 thoughts on “Sam’s progressing and apprenticeships with me”