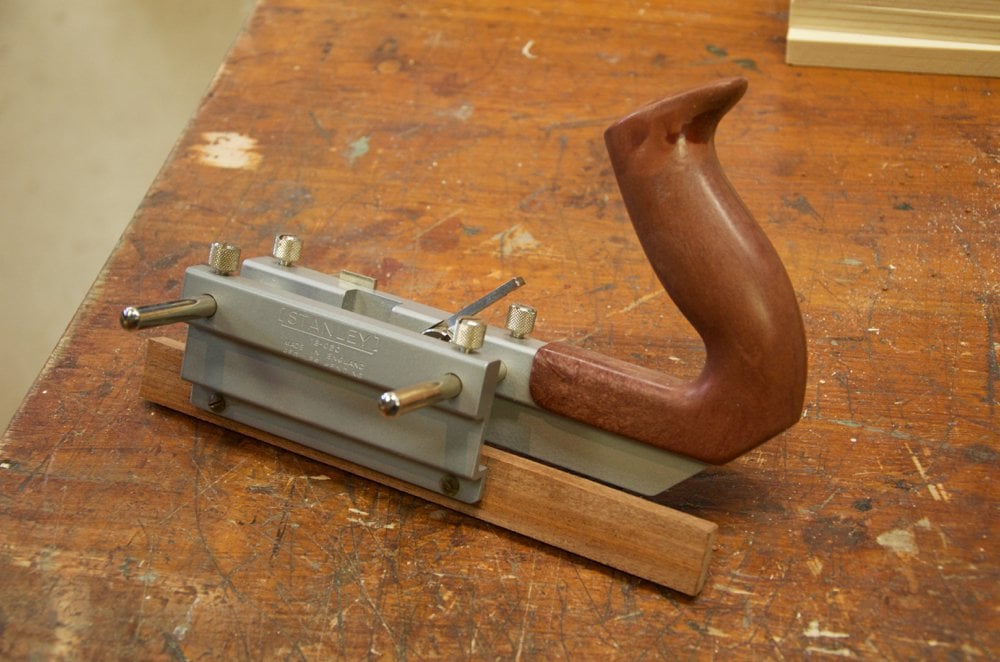 Stanley made a series of less complex planes by shifting from cast ferrous metals to alluminium in the 60’s. Extruded in long lengths in shaped sections meant a 12 foot length of alluminium could be chopped to length and refined by milling to receive cutters depth stops guide rods and setscrews in a matter of minutes and all of that without compromising the quality of cut. 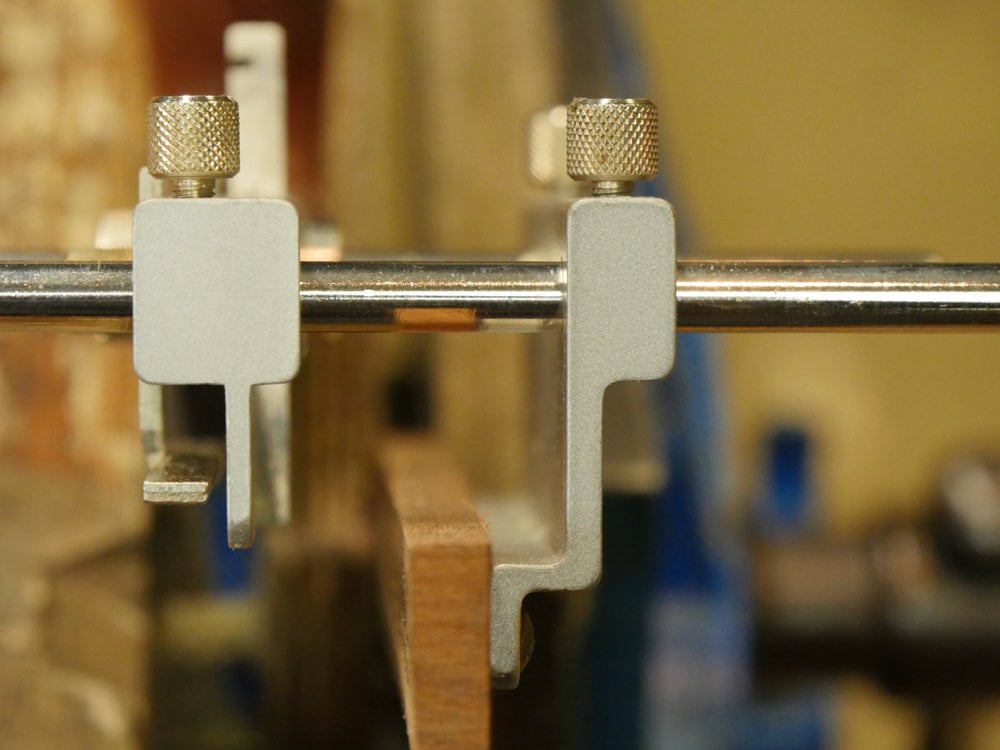 Appearance is not everything 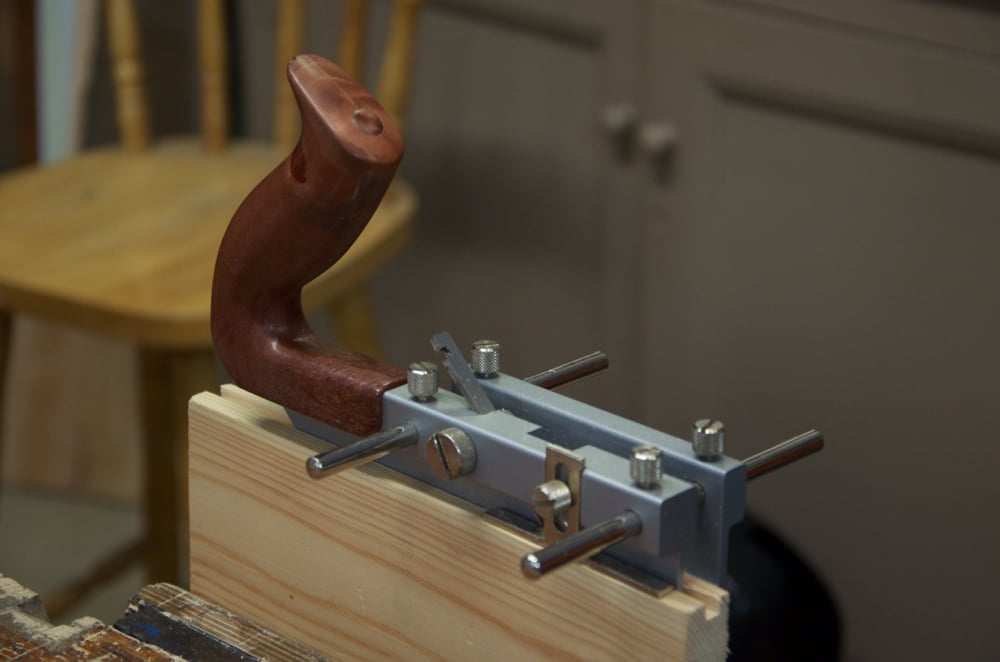 I confess judging this plane by first appearances until I bought one on ebay because I felt guilty of having done so. It was the plastic handle I discriminated against mostly I think, but then I have some planes that have plastic handles that actually feel perfect in my hand and are indeed unbreakable. Unfortunately there are plastic handles on more modern planes from the Stanley stable that break usually within a year or two so you need to know which ones do and which ones don’t.

On this Stanley the plastic handles are unbreakable. I am sure someone has one that is broken for some reason but in general they are fine. We can buy these for around £10- 30 depending on the type we buy. They can be the 3 blade kit, 12 blades or 18 blades depending on the model. I have three or four of them and use them alongside my plough planes by Record and Stanley equally. 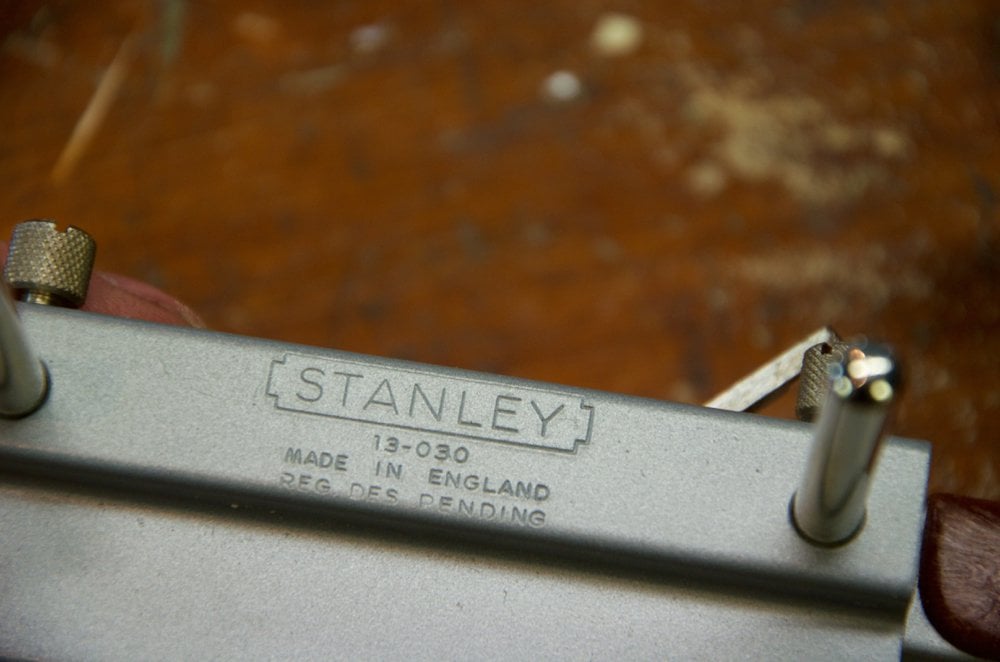 The body of the plane is made of alluminium as is the fence and other components, which makes this plane type lighter than it’s cast iron and steel counterparts. There is no comparable difference in functionality at the workbench and if ploughed grooves are all you need then these planes hold their own and often for a fraction of the cost and especially of say new ones by modern makers. 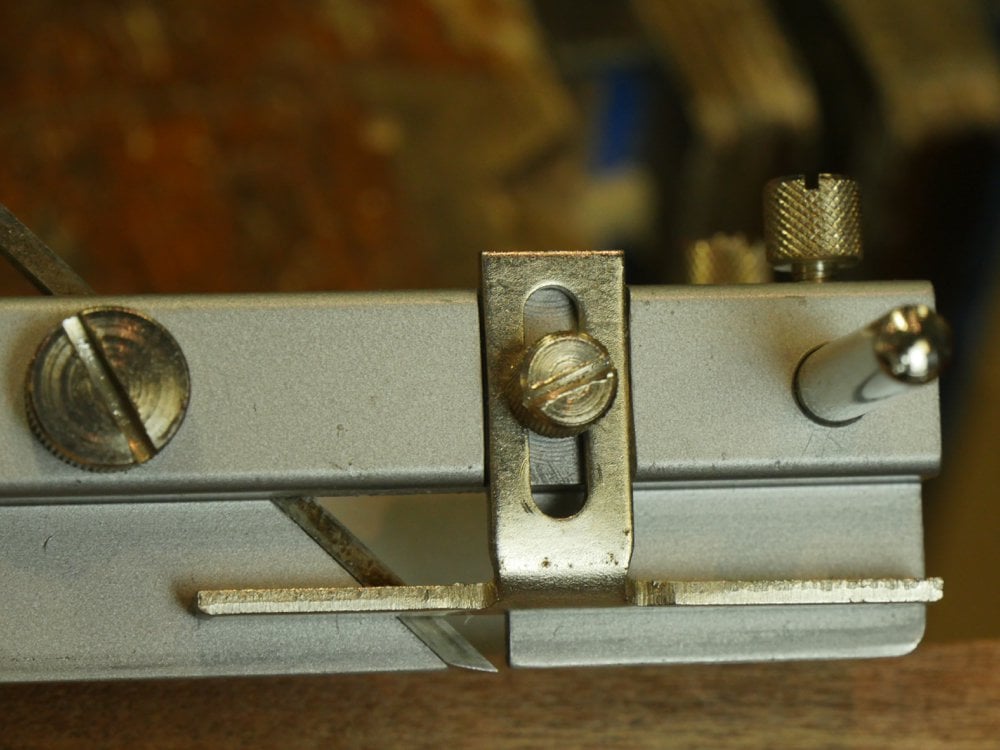 The ones I have bought so far via ebay have actually been brand new in the boxes because I think they mostly came out when the router came on the scene and of course people were quite mesmerised at the thought of a small, hand-held machine they could use for the same purpose and added moulding capacity in one machine. Once set up and adjust as to depth of cut, you are on your way. It works well in all woods and setting the depth of cut, though perhaps lacking the mechanical lever depth adjuster of more refined models, is quick enough and simple too. Some other models from Stanley’s stable are 12-250, the 13-050 and the cast metal version 12052D, which have a screw thread adjuster for infinite depth setting with a screw feed. These  still require a flat head screwdriver to make the adjustment but that works effectively. 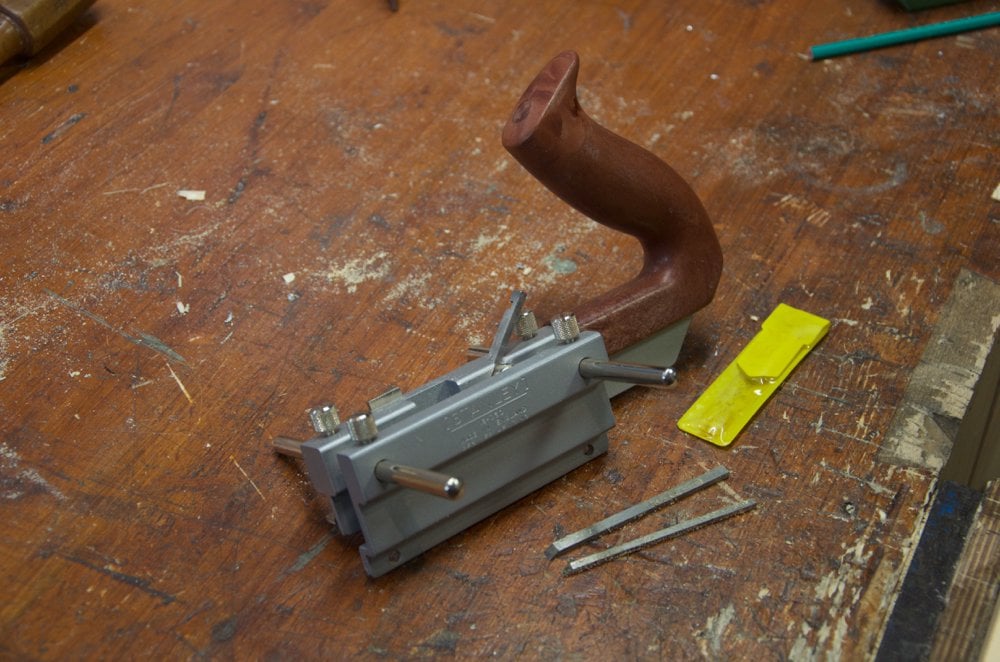 These planes are well worth the money and generally I rely mostly on 3/16”, 1/4”, 3/8” and 1/2” cutters for grooving doors and drawer bottoms and such. I don’t really need the mass of cutters that come with say the older model number 45’s or 50’s.  The tools is quite robust when assembled and the handle feels surprisingly solid and immoveable under the heaviest pressures I ever applied. 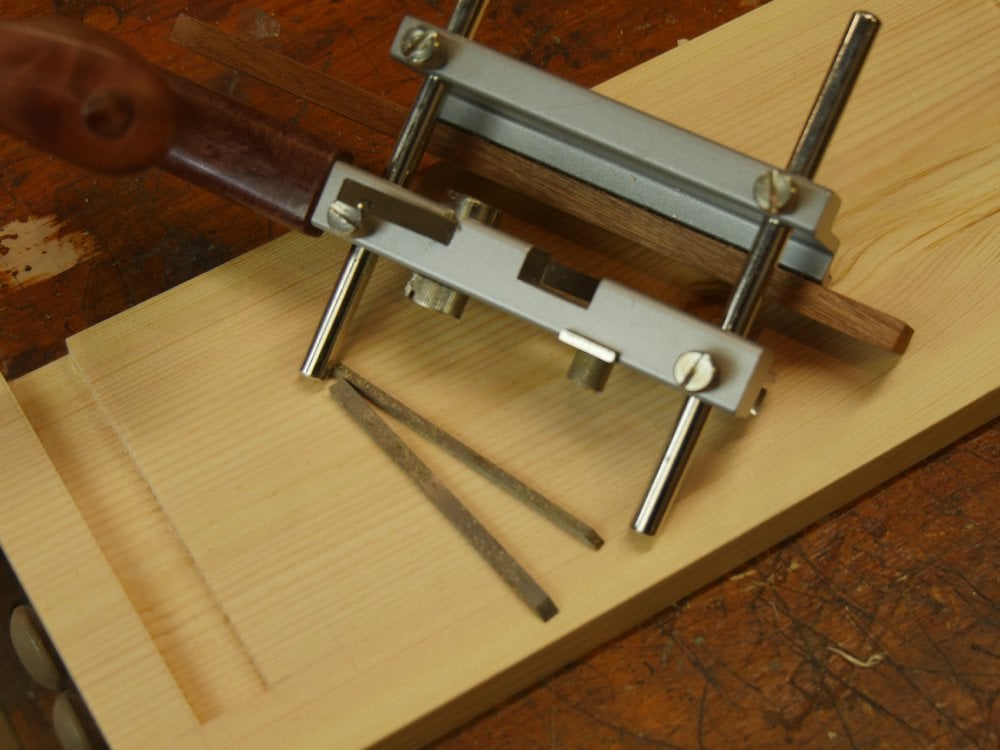 The blades lock into the recess in the side of the main body of the plane via a barrel bolting that pulls the cutting iron tight against the side of the groove. This works very well. There is an allowance for thin cutters that is designed to turn an aspect of the barrel rebate fashion. 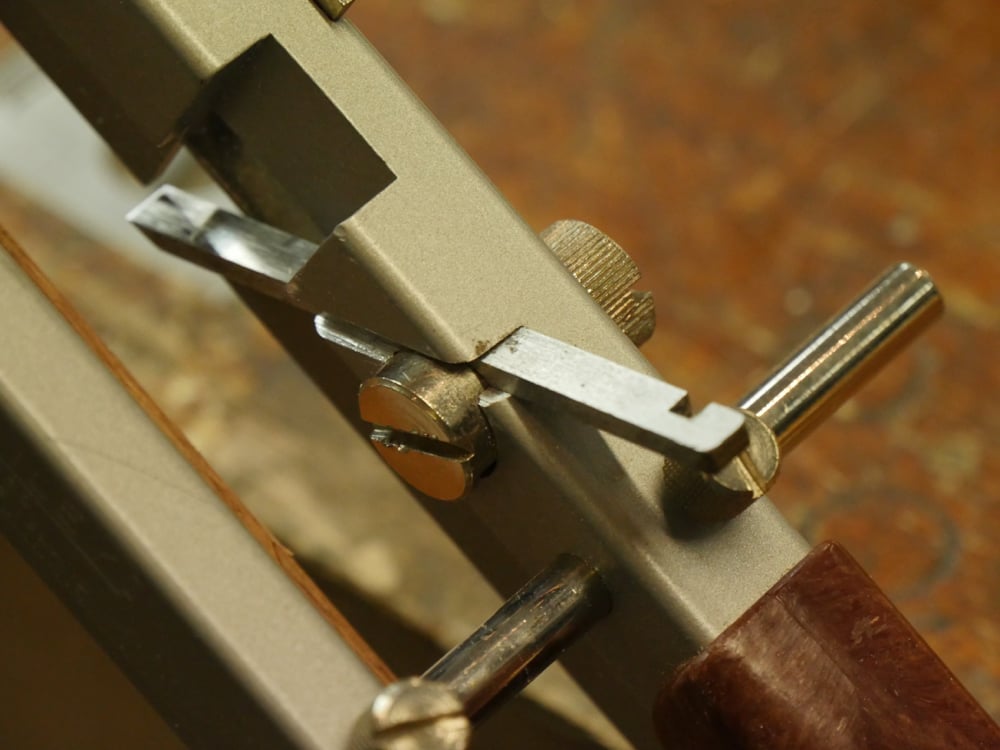 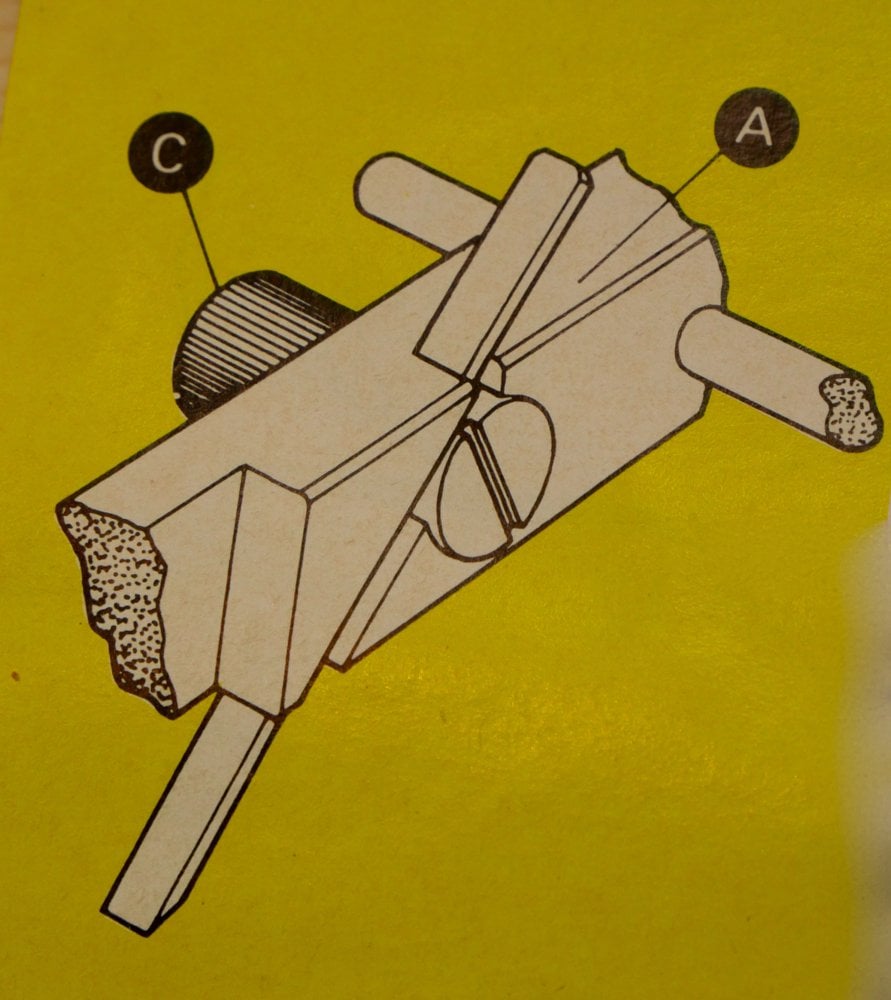 Add the fence for smoother operation and a larger presentation to the wood.

I added the wooden fence guide to both extend the length some and also to reduce friction even though it works OK without it. I also filed the depth shoe (below) 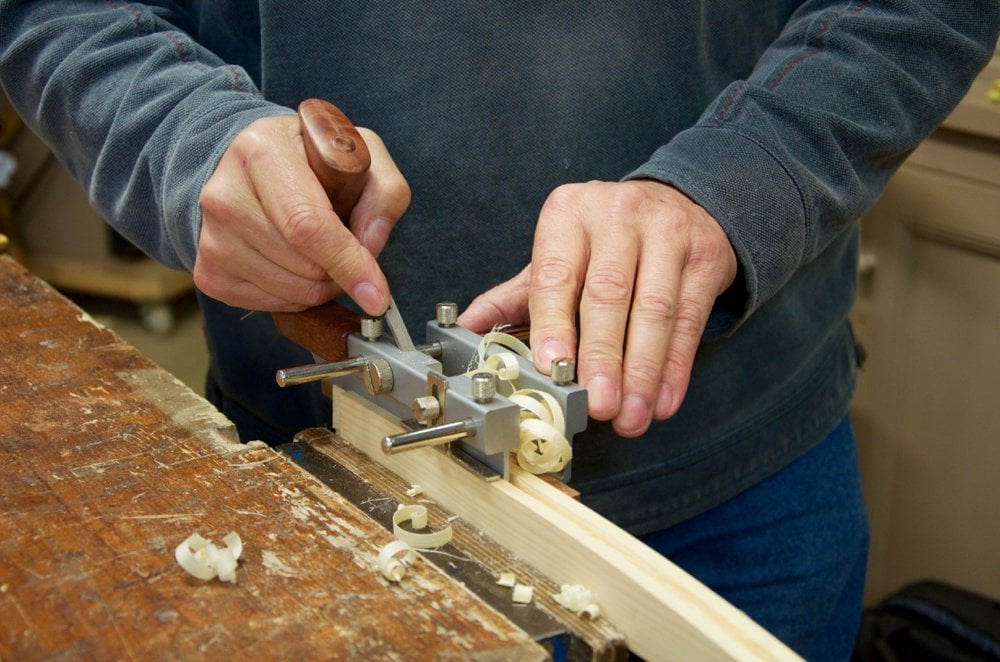 at the fore and rear end to ease the passage on the wood. Beyond that the planes are usually ready to go and so I can recommend this plough plane if grooves are all you need and you want total control the hand methods give you. 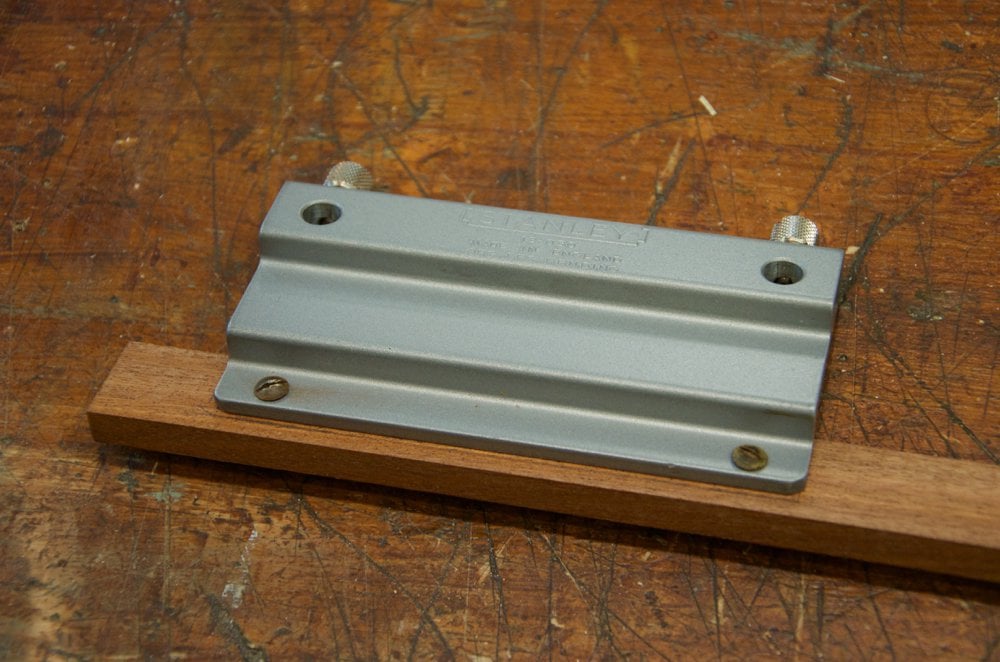 File the depth shoe to a softer leading edge

I filed the depth shoe to ease the surface contact until it bottoms out for the final depth as mentioned above. A light sanding finished the job. 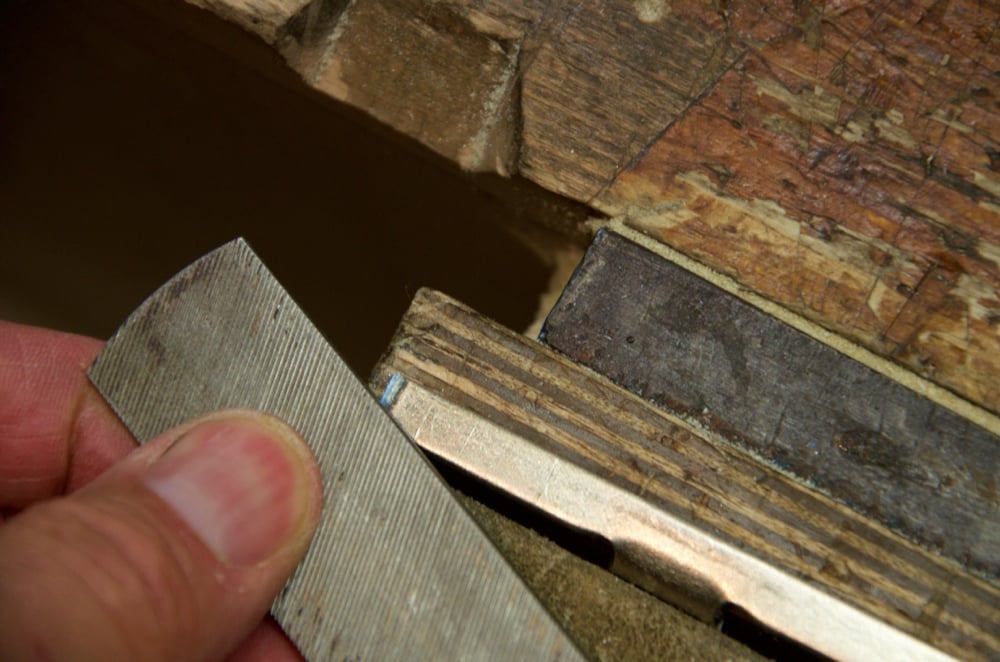 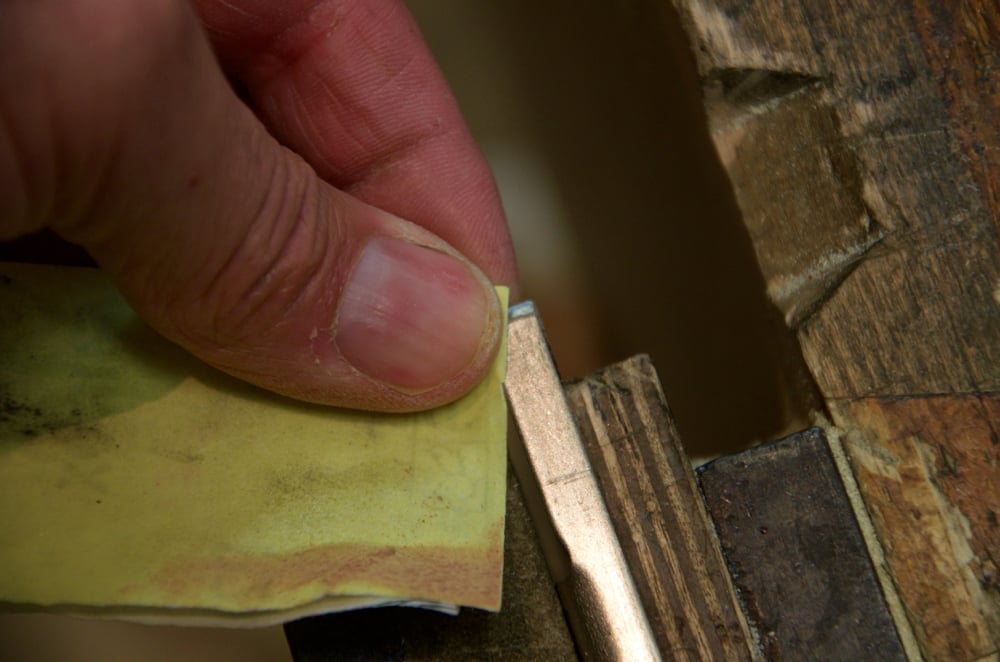 The instructions are simple enough 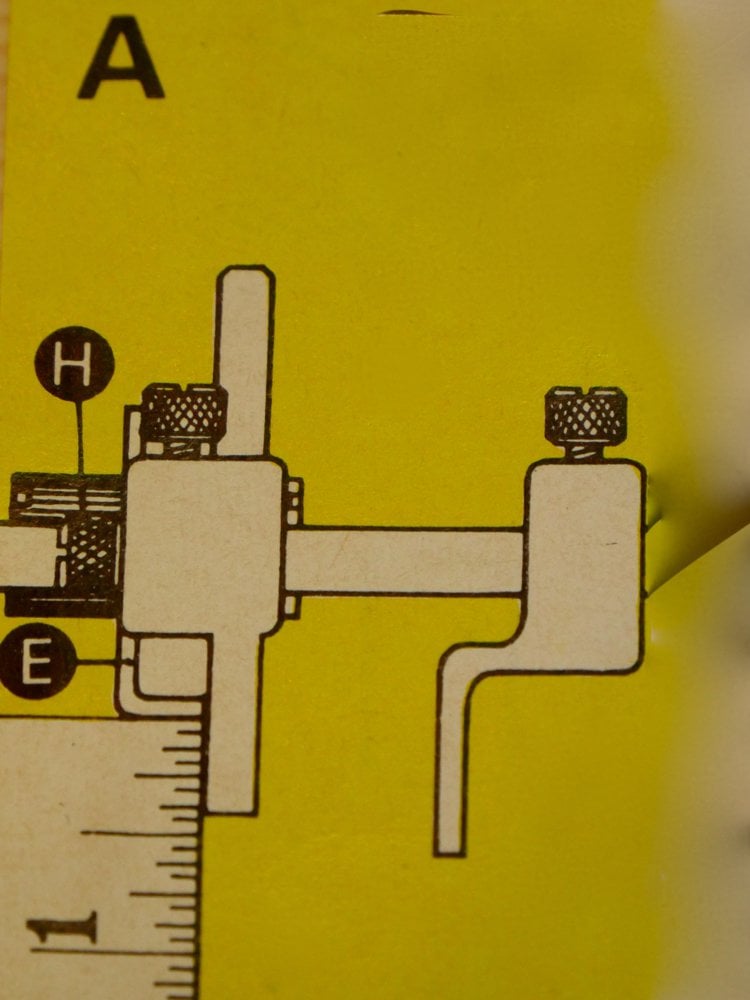 The instructions come with the the plane and in 5 languages. They are concise and simple telling you you can rebate with the plane too, which is true. It cuts a neat rebate as you can see. Depth of cut maximises at 5/8″ deep, plenty for most operations. This is set again with a setscrew and measured from the cutting edge to the underside of the shoe. 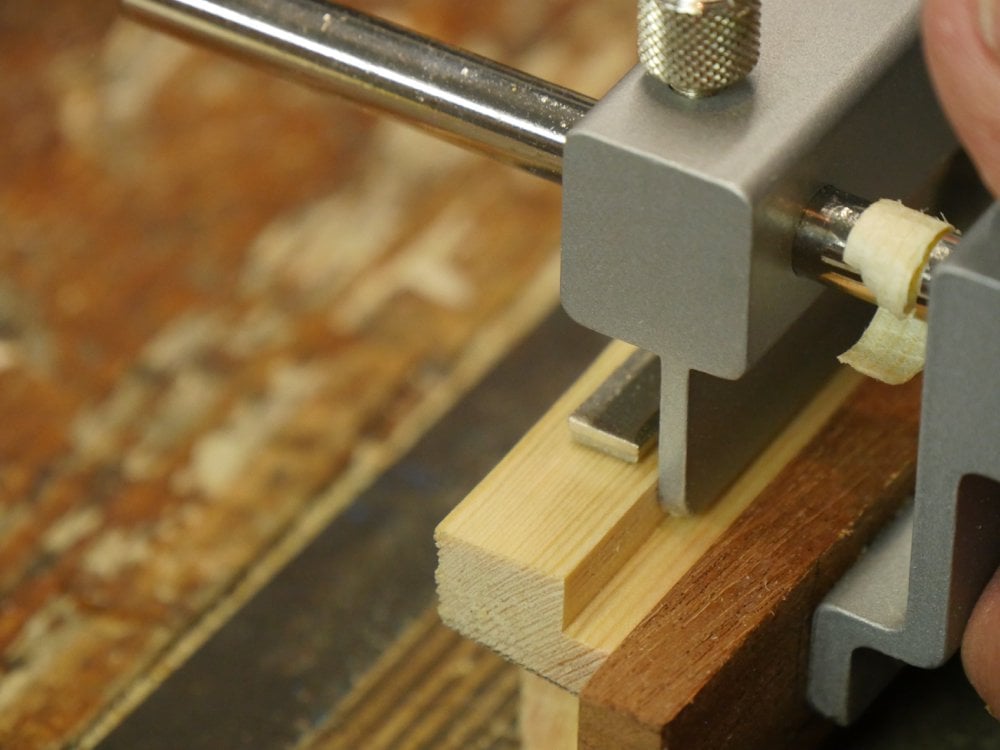 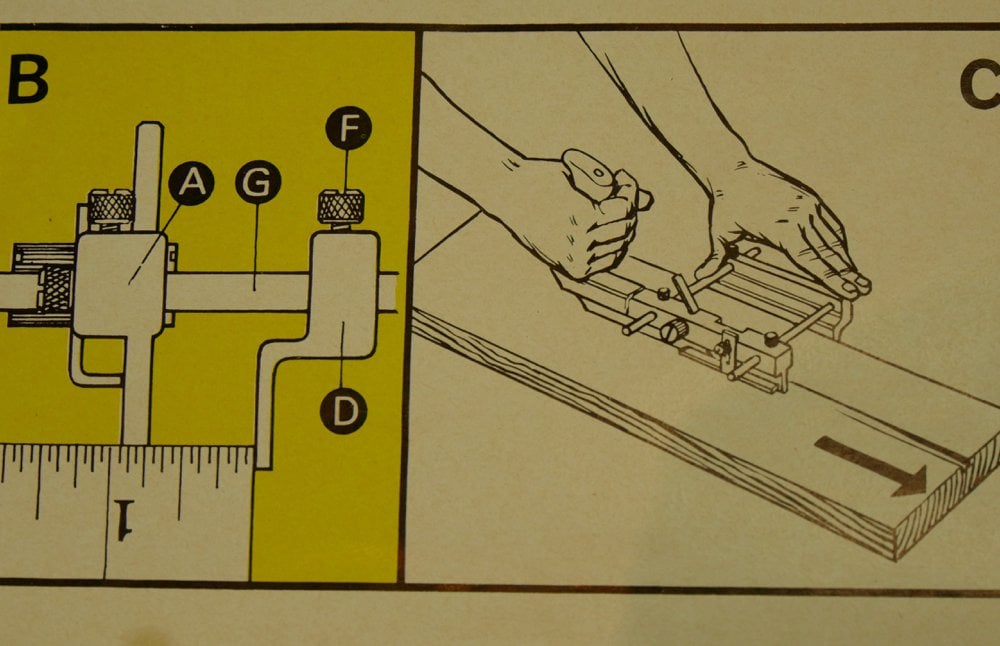 ← The power of amateurismWill you apprentice me? →