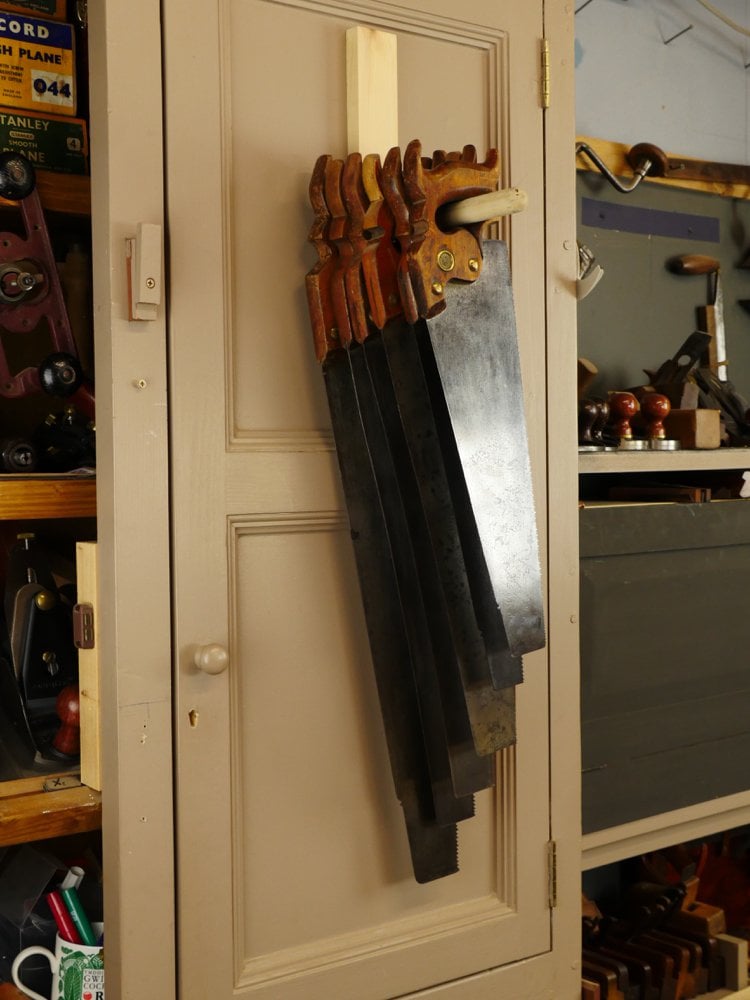 I have taken a closer look at saws this year and thought I could share some thoughts on a few things in some posts. If someone walked into a big box store or even the local hardware store (if there is is such a thing any more) looking for a handsaw, what would they find? That’s right, they’d find a hard point, mass-made, plastic handled, ergonomic grip saw with rubberised inserts in a choice of high viz colours that would crosscut but not rip cut 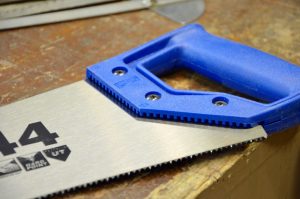 . Most people would indeed accept these evidencing the advanced evolved handsaw of the day and of course a handsaw it is, kinda sorta. Look on ebay for a handsaw and you see the same thing unless you add ‘vintage’ or ‘old’ to your search. It is possible that in a decade or two the vintage saws we know now might be gone and a blue handled Bahco saw might well be there in its place. I don’t know. I do know that in my mind these saws don’t register as handsaws as such but a wooden handled Disston or Tyzack or Groves does. That’s most likely to do with my age, conditioning and so on. Compare the two below and see what you think. The blue one is the one you throwaway under the guise of recycling. The reason I mention this is because something shifted in our perspective on what we might be seeing as traditional Japanese saws when in reality the same thing seems unwittingly to have happened to them too. Do what is being sold in online sales outlets around the world truly represent the acclaimed traditions of traditional Japanese saws or are they simply a new saw created as a hybrid for the mass markets beyond Japan’s shores? 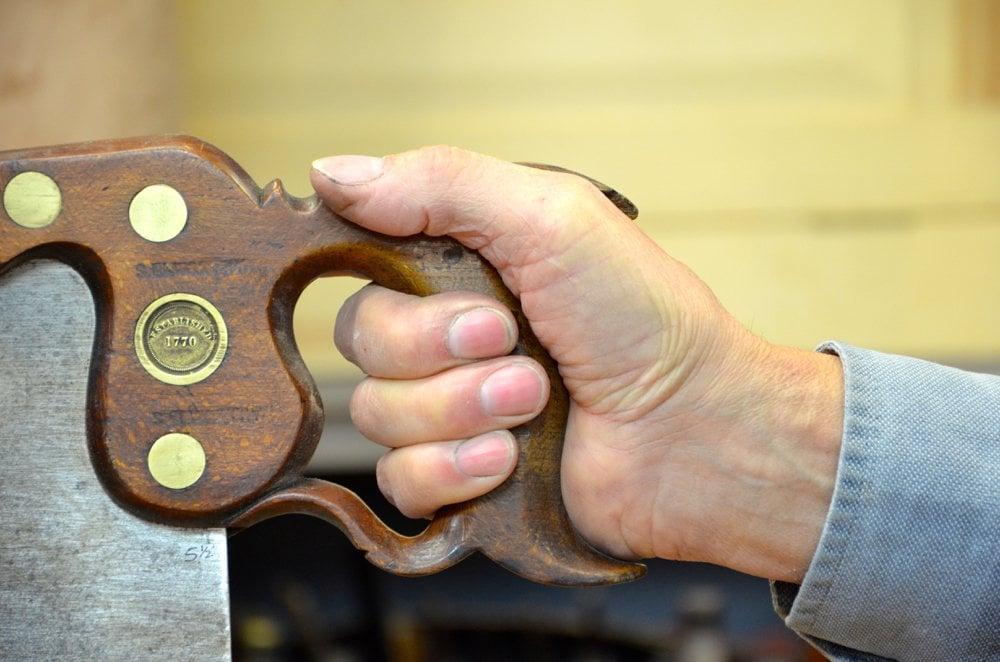 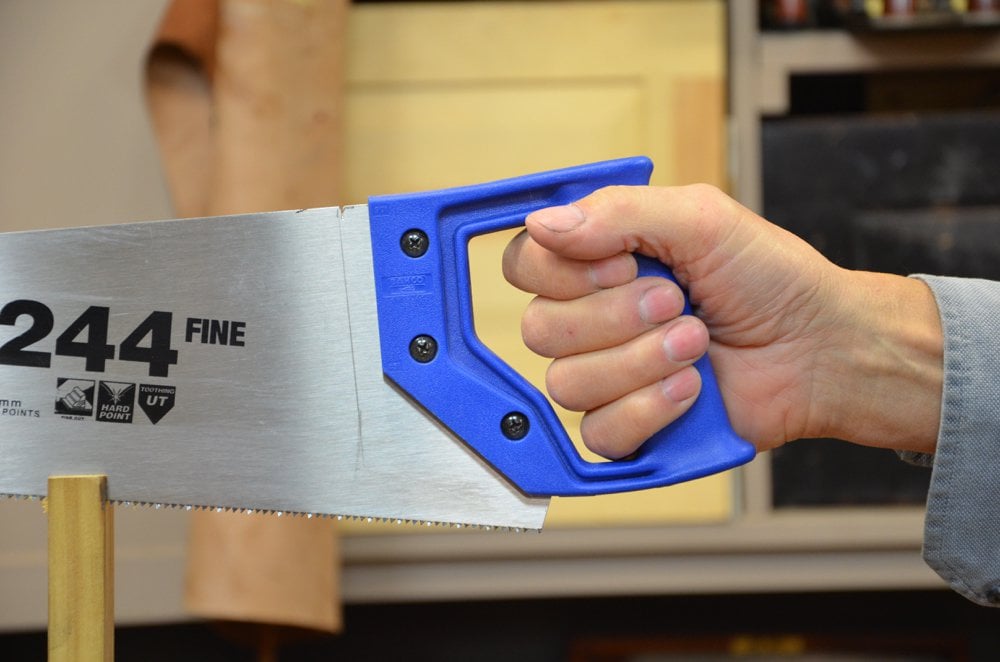 Go back three decades ago when Japanese saws sold could be resharpened and indeed you were buying both saws and the special feather files to sharpen them. I think back then proponents of finely made imported Japanese saws were eschewing western saws in favour of the traditions of Japan’s mastery in the art of saw making. 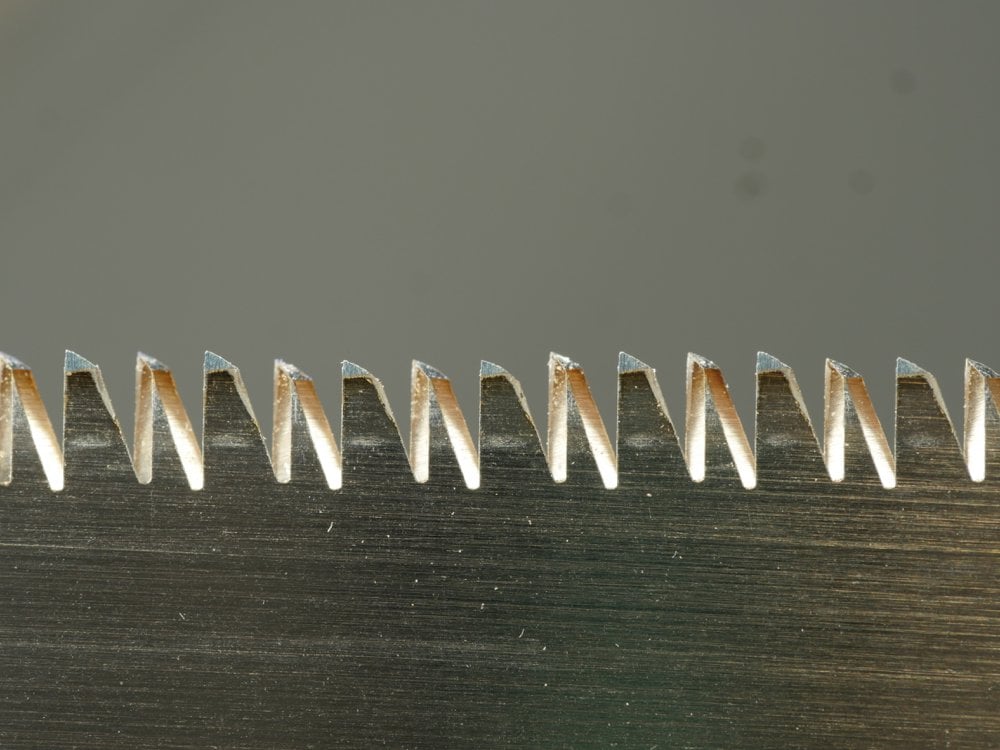 The greatest success story in woodworking marketing has been the sales transitioning from lifetime Japanese saws to disposable Japanese throwaway saws. I found only one Japanese saw on the whole western market that was resharpenable in my search this week and we are talking massive regions here. Now that is a success marketing story failure in that a whole tradition has been lost and possibly forever. Without being an absolutist, I could find only one resharpenable Japanese saw on the internet. All of the Japanese saws sold can not be resharpened in the same way hard point western style saws can not be resharpened. “It’s a snap”, every one of the online catalogue adverts say, as you scroll down catalogs. Replacing the blades, they all mean. That’s the snappy answer to everything. You just punch the button, order online and your replaceable blade is there next day with free shipping (UK). And isn’t it wonderful that the blades can be recycled too? So when did Japanese saws silently and seamlessly slip from ‘resharpenable’ to ‘replaceable’? 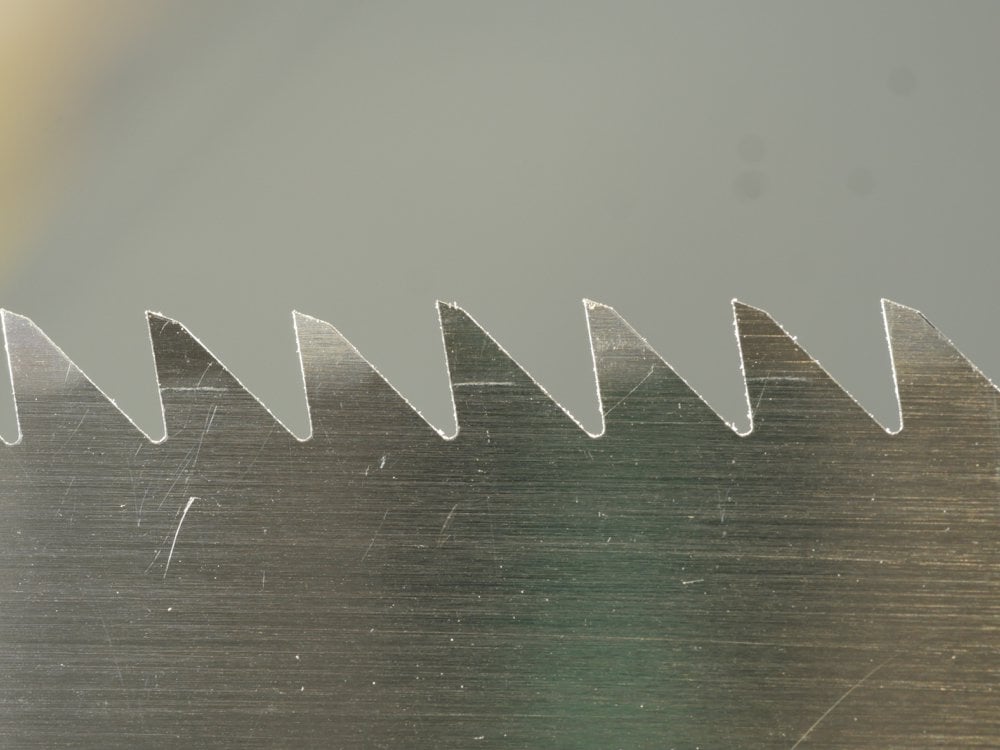 Yesterday I bought a pull-stroke Japanese saw with a second blade for £8 and it worked identically the same as my £50 one with its replaceable blade but no spare. Actually, I thought it cut faster and more cleanly. So, if I can buy a saw and a blade for £8 what are the real costs for Japanese disposable replaceable blades? And of course what is the cost in real terms. Notice all the advertisers proudly say, “replaceable” and not throwaway. Just reading between the lines and remembering when the same thing happened with the Spear & Jackson catalogue back somewhere in the early 1990s when they carried wording that said,”Lasts five times longer than conventional saws.” for their throwaways and, “Resharpenable.” for their still being sold conventional ones. 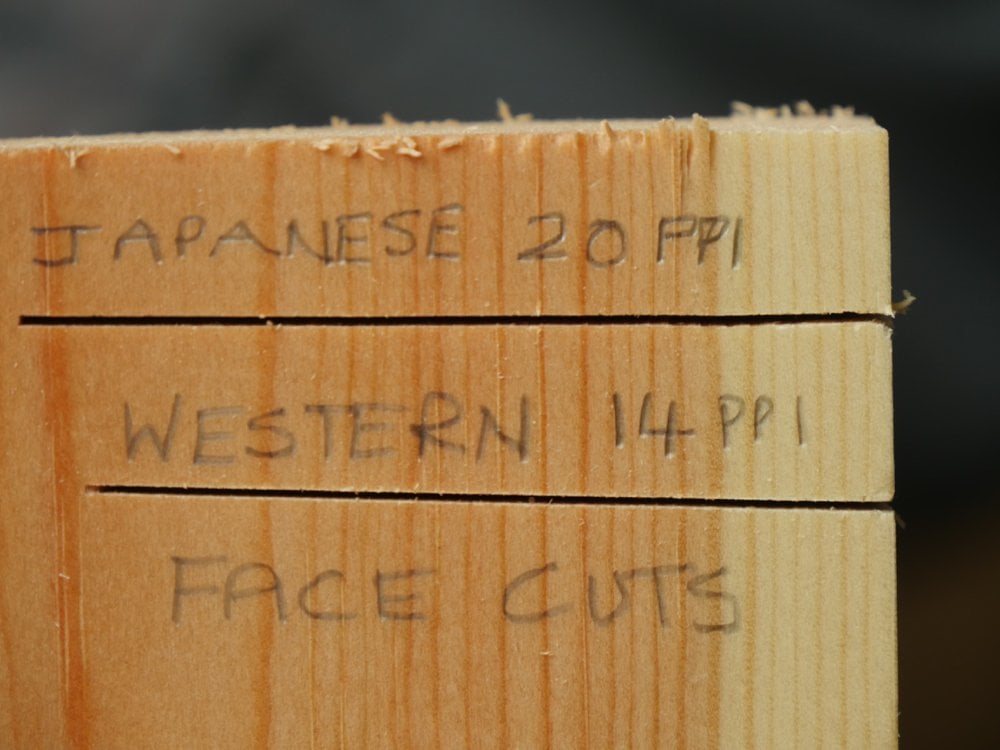 There is a lot of information out there on saws, but mostly it comes from catalogue companies online. I have found some interesting things that changed my perspective so I will be sharing them this week alongside some good thoughts on a few new discoveries for the future of woodworking.