Following the blog I did to redress concerns I had with the Kunz #80 cabinet scrapers, I received some questions because the manufacturers decided to send out the scrapers with square-ground edges instead of with the 45-degree standard bevel required for the scraper to function correctly. The makers may not know this but in my view this would be the equivalent of planemakers or chisel makers sending out their plane edges and edge tools with square edges and no bevels too. I wonder how many people would buy them if they did that. This inappropriate manufacturing then prompted some of you to question why we do indeed use a 45-degree bevel on the cabinet scraper when we use a more standard square edge on card scraper edges? The questions were perfectly legitimate because Kunz is the only maker I know of that doesn’t send instructions with their #80 cabinet scraper so those new to the tool will indeed be left floundering for obvious reasons. 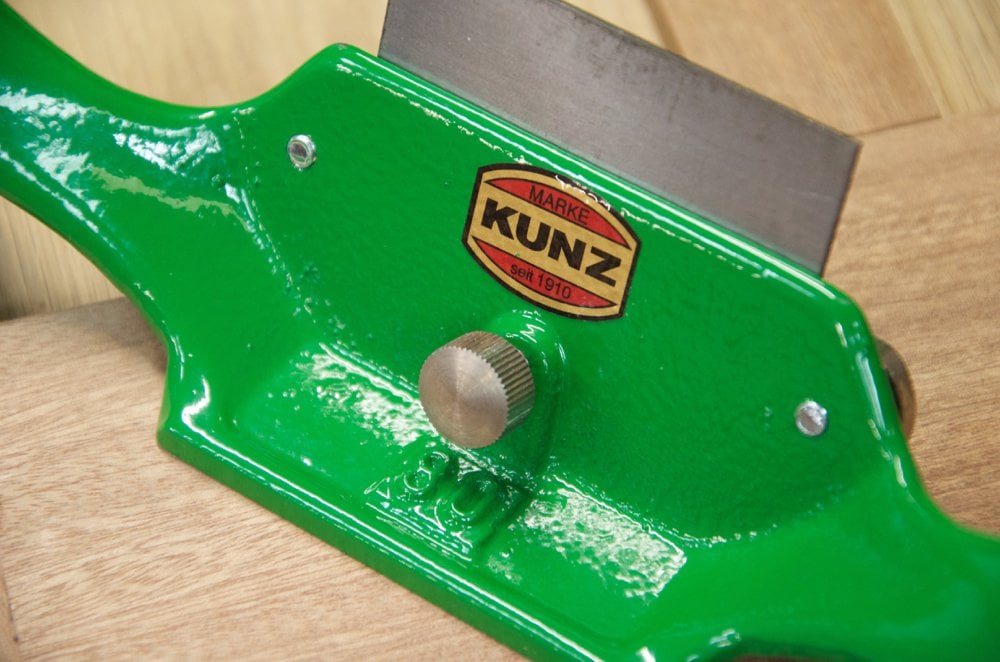 In my new book Essential Woodworking Hand Tools, we’ve gone to great lengths to cover missing and even lost information in both scraper types, the cabinet scraper and the card scraper; for anyone who has no knowledge of what scrapers really are and what their capabilities are. I think we have truly pegged it, but ultimately you will all be the final judges. So hang in there for another few weeks. I’ll let you know when where and how you can get it.

Of course this question is a valid one, primarily because the name scraper for either tool is truly a misnomer and so too is the use of the term burr for what is in essence a highly refined, continuous cutting edge. That said, it is been around for two centuries and I am not prepared to rename what happened most likely by default. Actually, some people in fact use the scrapers, both types, for exactly that, SCRAPING…ARGHH!

So let me say here and now that scrapers do not scrape but slice-cut in a paring manner. There is no tool like it. It’s totally dynamic and it tames wild grain on the skew like no other cutting edge tool can, believe me. That is as long as you review your thinking and think ‘slice’ instead of “scrape” and totally ‘refined cutting edge’ instead of “burr.”

It’s all too easy to say a scraper edge should be turned to this angle in this number of strokes and that only two types of scraper exist. In reality we just need something to shoot for. In reality we probably never hit the same angle twice unless we rely on some kind of special dial-in burnisher (not likely!) that fixes the angle. What a guide gives you is a dead angle and that can and does rob you of flexibility in turning the edge according to task or personal preference. In the early days you will turn the edge to a scraper according to some teaching you’ve followed, but, if you are like me, after a period experiencing the tool in the wood at the bench you will discover nuances you can use to finely develop and tune the edges you want and even keep different ones tuned for different types of cutting work (I avoided the use of the word scraper then).

Sometimes a filed and burnished edge is all you need and on other occasions you will polish out the edge as you might a plane iron and then turn the edge for that truly ultra edge that just defies reality. There have been times when I stunned myself because an edge came to the edge that I had never developed before, enabling me to take shavings I and everyone with me had never seen before. It’s one of those times that just cannot be bottled, canned or otherwise stored except in your memory. Like staring a rattler rattling away square in the face or sensing a mountain lion and then knowing he was just a few feet from you. Totally magic.

With the question coming up in the recent batch as to why the #80 cutting blade is filed and honed at 45-degrees when the regular card scraper is filed at near to dead 90-degrees. The two tools perform the exact same task in that they do not scrape in any way but slice cut the surfaces of wood to a pristine finish even when taken at the juncture where component parts come in at 90-degree angles or inlays comprising a dozen grain types converge in a sphere of absolute creativity. 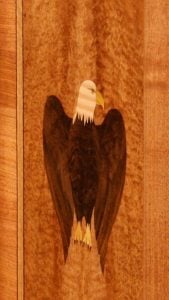 Because the body of the #80 scraper fixes the angle of presentation of the blade and hook on the scraper edge at a fixed and exact angle leaning forward at 70-degrees, it totally differs to the card scraper that is offered at much lower angles and is infinitely variable depending on the stroke, the user, the sensing of the cut and way much more. The edge on the card scraper starts out square and becomes round and hooked from its 90-degree start point. Because it is so flexible in the hands of the user is tackles work no other tool can. The cabinets scraper on the other hand must have some minimals built into it. The blade is fixed at the angle and using a turned, squared cutting edge as with the card scraper will generally present the cutting edge at an angle that negates contact between the cutting edge and the wood. In simple terms the roundover of the developed edge rides the wood and prevents the edge from cutting.

33 thoughts on “Why 45 degrees on Cabinet scraper blades?”