Well, anyway, I saw the square standing in the corner of my final drawer of my dresser-cum-chester-draw build as I had left it and remembered George, my old apprenticing mentor from 1965, who did the same thing. I had noticed every so often he’d leave a square on the internal corner of drawer just so and then on other pieces too. After noticing this seemingly innocuous trait I identified a couple of parallels. 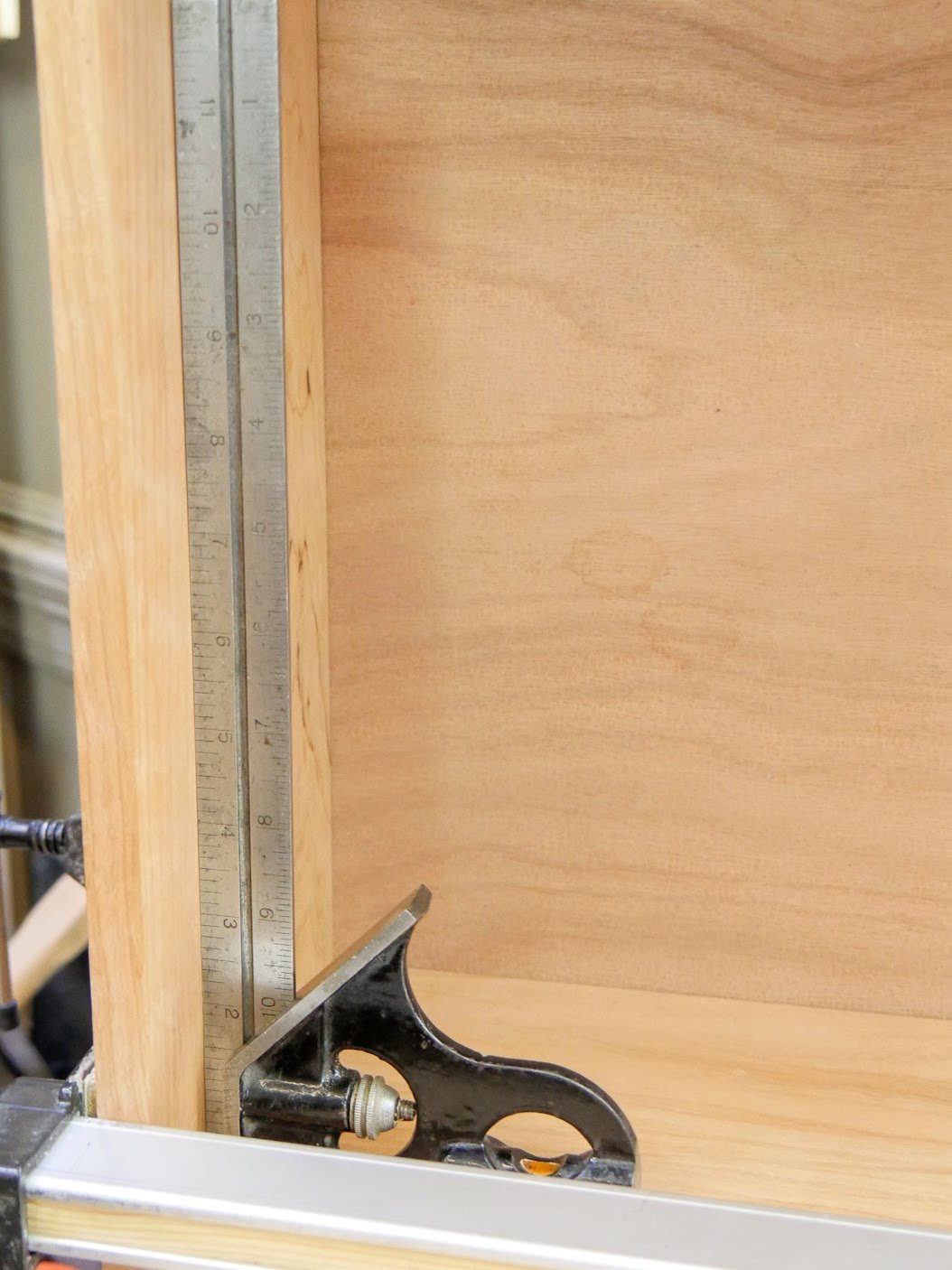 “George.” I asked, “How come you seem always to leave a square in the inside corner of things you make like that?”

“You’ve a lot to learn, young lad.” he’d say. “See, when the boss comes in and walks past the bench he sees the square stood up, walks over to it and looks for any gaps.” I sees him in the corner of my eye and he has a satisfied look on his face. That way you don’t have to tell ‘im ‘ow good you are, he sees it.”

He did this for others too, when we worked elsewhere fitting and such. It was a bit of a joke to him.

7 thoughts on “Squaring Up to the Boss”