A saw binds in its cut and the man tugs it from the wood then throws it far across the shop like a Frisbee. Bouncing from the brick it lands deep in dust behind the strafe sander. He curses the saw and a big man walks over to him, grabs him by the throat and says, “Don’t do that again. Go and pick it up and look for another job. Your fired.” The man doesn’t argue, does as he’s told and I never see him again. So it was in 1967.

When a saw binds in the cut, be the solution not the brute. When it dulls be sharp not dull-witted. Your sensitivity as a craftsman determines the quality of life you live as you work. A saw binding reflects your life, your sensitivity as indeed would rust in that both build slowly but steadily. Not every time, but mostly. Not tool should be neglectedly dulled, mis-set for more than a moment and never should it be abused because of neglect. A single start to a cut should tell you the time is now for redefining the cutting edge before good work can come 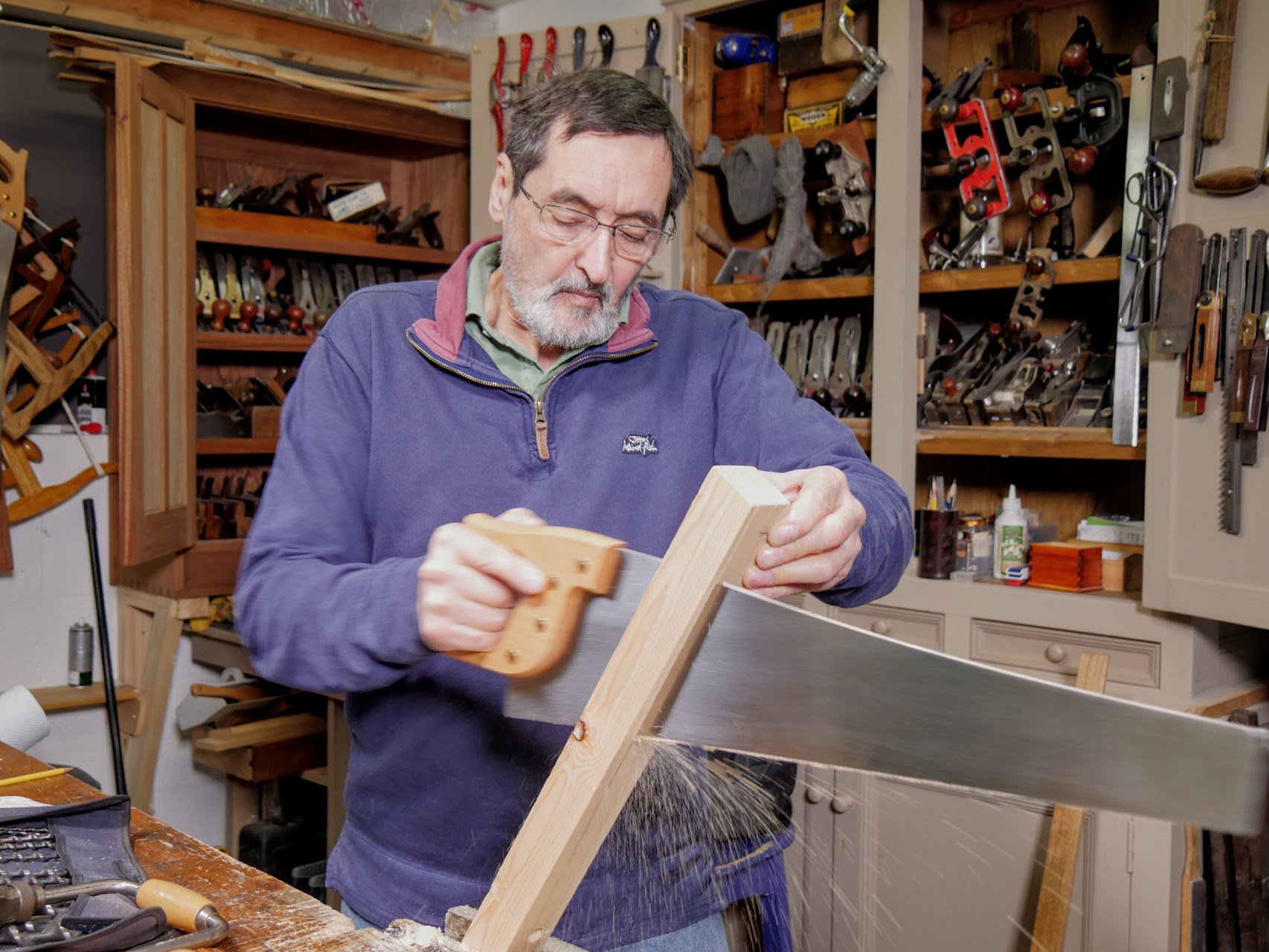 A saw binds for different reasons, mostly neglect. The solution is usually cost free, simple and quick. The man blamed the tool and took out his anger on the saw when he should have seen himself as the fault. When a man reaches a certain age his anger becomes inappropriate and unacceptable. So it was in 1967 that a man was dismissed for inappropriate behaviour. It was a lesson to him to lose his job and his reputation went before him. He was single not married. Had he been married his family would likely suffer too. I learned this lesson. A man should never blame his tools and should always keep his tools in pristine condition and sharp and well set. It was a simple lesson for me ay 17. For the man it was not so simple otherwise he would have set his saw and sharpened it and he would never have treated it like a Frisbee, no sir! 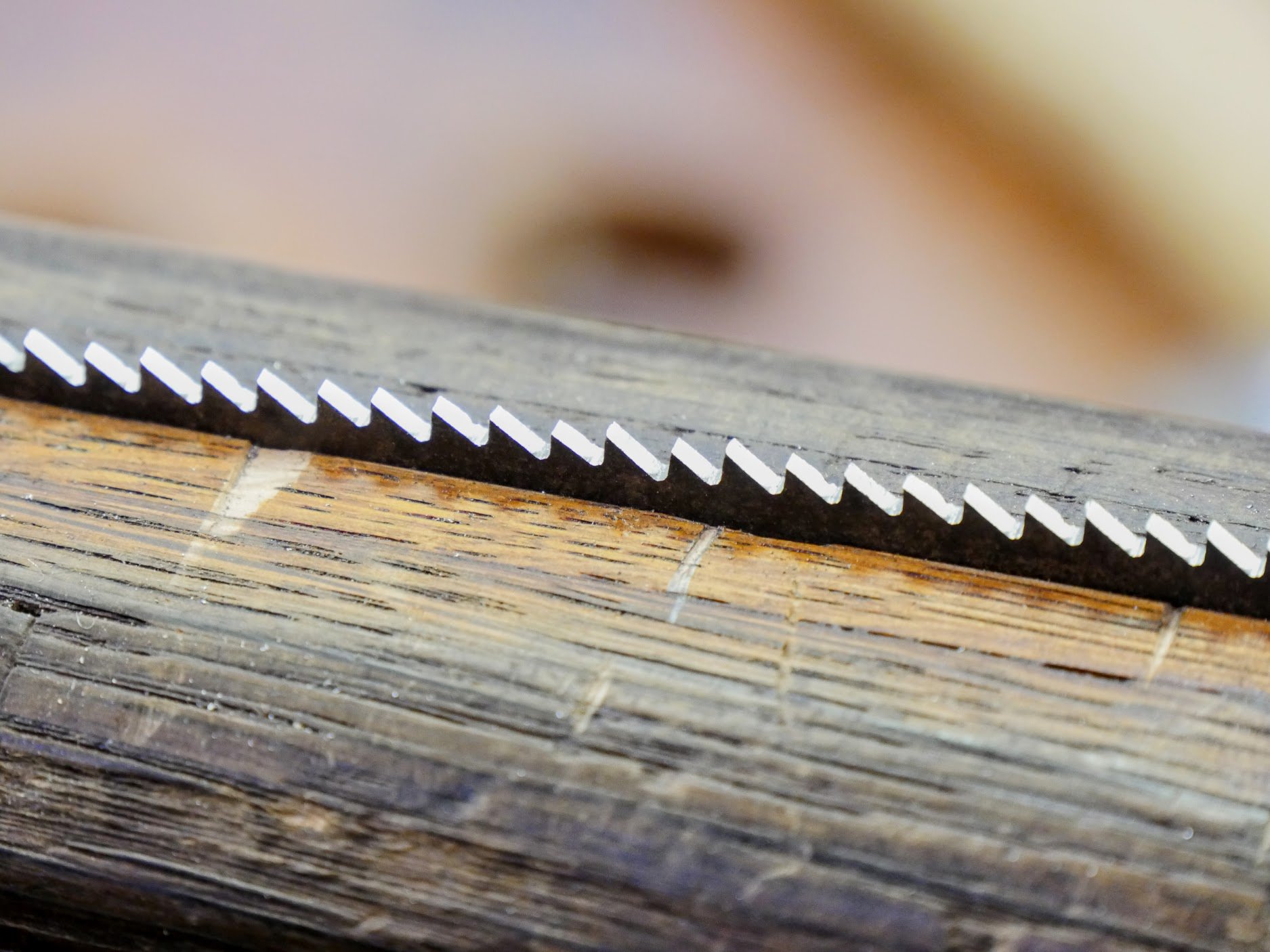 My saws are always sharp and to “tickle” the teeth to develop supreme cuts is just over a minutes work for any good, well-trained craftsman; no more, but it does take practice. I rarely see saws used sharp today unless they are my own or imported Asian imports or other hard-points that cannot be sharpened again by their users. Of course makers today want throwaways that keep users coming back for more, like dulled razor blades, knife blades or whatever.

It has become less likely that you will overhear conversations between two men leaning against saw chocks as they talk back and forth and set and sharpen their saws as strokes allowed. These are indeed some of my fondest memories. Men “sharpening up” their handsaws. I miss that. I’ll never hear it again I think. I liked that they talked about their allotments; places where people grew their vegetables and kept a few chickens and such. Saw sharpening is a peaceful thing. A time when order is restored stroke by stroke and the squeezing of the sawsets. The teeth yield to the file and the pressure of the hammer against the anvil. I little oil from the rag-in-the-can oiler and the men returned to their benches to cut shoulders and cheeks to the next tenons. I saw the teeth bend one by one and listened that a man’s son had been born that night. That his “missus was fine and doing well.” and that the kids were at his mum’s. 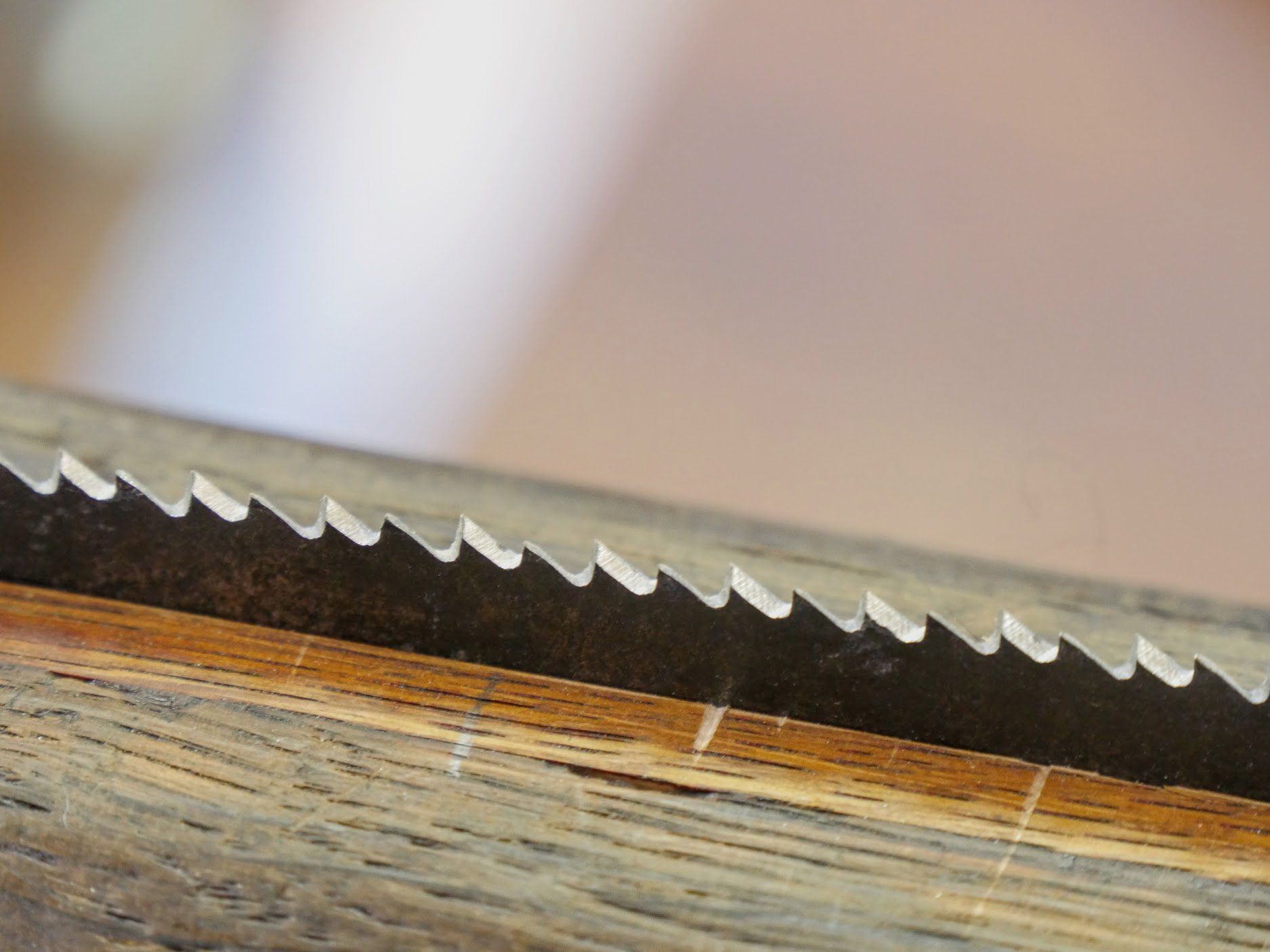 Such precision was their and now mine too. For 53 years I have sharpened my saws each week. Their files moved into and out of each of the teeth with speed and every vibration was countered by a slight shift, a little less or more pressure according to what they sensed. A shift in conversation was punctuated by a change of tooth shape and a new definition to the teeth. A little less rake or a little more depending on the work and the wood they were working. Where would such a thing happen today? It’s lost, gone for ever.