It’s quite a lovely plane really. Compact and lightweight, feisty in the hand and then dead gutsy. That’s how I feel about all of the #3s really. I love plucking them from my tools from time to time and seeing them flip, turn and twist to task so willingly and immediately in my hands as I work my wood. But then there’s something uniquely special about this one I have and that’s the Stay-set element originating with the Record range of bench planes. Only Record made Stay-sets and in the #3 size it is especially scarce and getting rarer by the month these days. I looked on eBay when I started writing here to see how many there were and there were just two there.

I never used to like Stay-sets, couldn’t see the point in them, that is until I came to the conclusion that once the back face of the cutting iron is indeed lapped and polished out close to near flatness, it need never be done again. That being fact, it is only necessary to take the bevel down to the cutting edge when sharpening and polishing off the bevel to the buffing compound level and not at all the back, flat face. The buffing compound will remove the burr. If for some reason it doesn’t then the first stroke with the plane into the wood will remove it anyway. So I developed my liking for the Stay-set planes along the way and adding the #3 to my collection was my treat.

My #3 Stay-set plane had obviously never worked for any previous owner, which made me sad not prideful. I say that because the shavings jammed with every stroke I took when I bought it. As soon as the plane touched the wood I recognised the symptoms and I imagined the former owner/s struggling to get a decent shaving only to find the throat clogged with every stroke. Maybe that was why the lever cap was cinched down so hard the adjuster was just fixed immovably in one heavy-set position. By screwing the lever cap down it would apply enough pressure to the cap iron to force closure to the leading edge where the lever cap meets the back of the cutting iron. What was really needed was simple; abrade the underside of the cap iron to remove the hollow and the missed scallop at the leading edge and the incredible dynamic of tension between the assembly components can meet the wood to engage the full task of shaving. 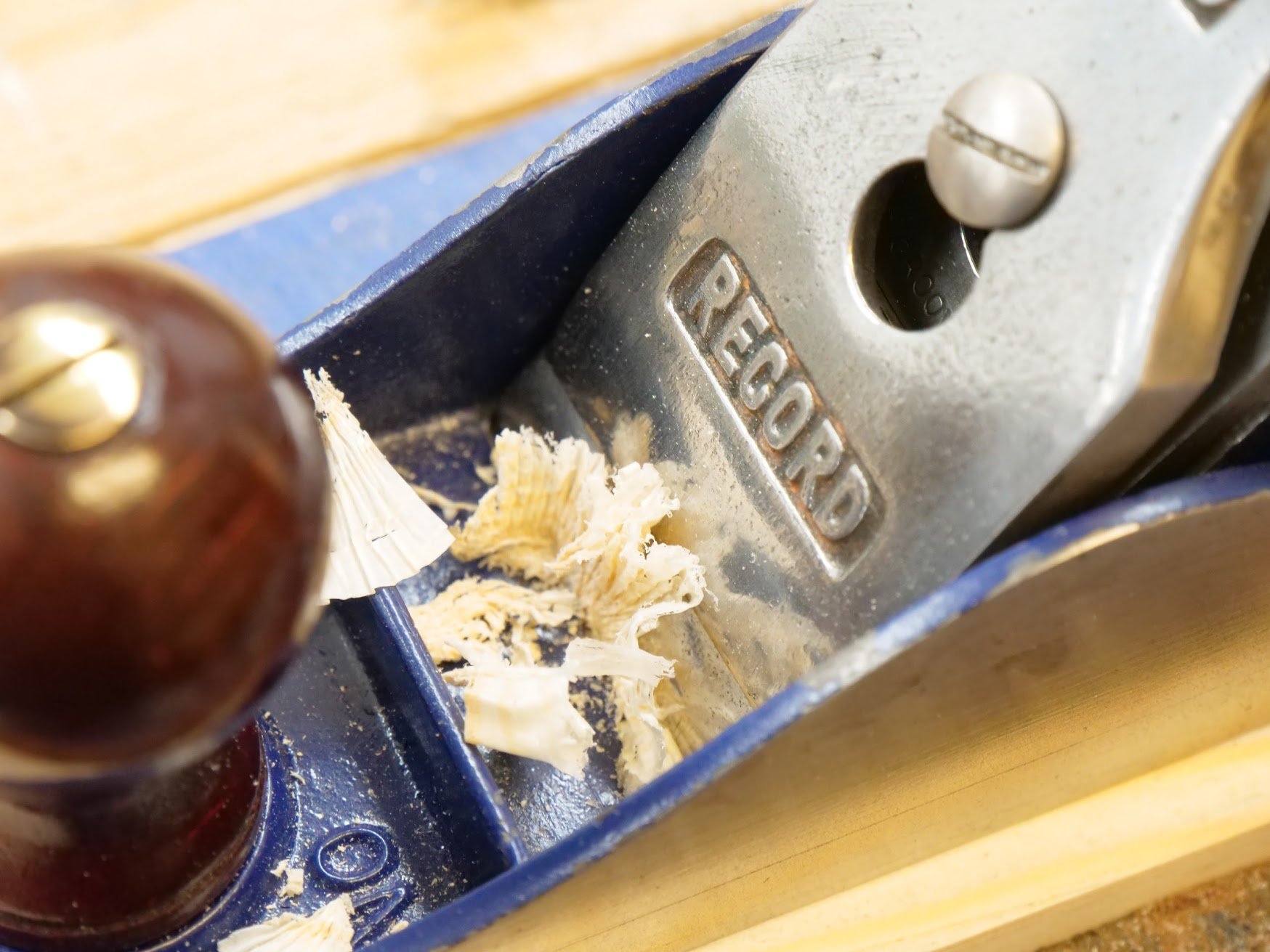 The log jam in the throat tells the story.

The first tell-tale sign is the concertina shaving emitted in the throat of the plane. This first shaving always highlights the beginning of a jam. A second and third stroke will show a full jam on the underside of the plane in the throat and then too in the throat looking through from the top. Loosen the lever cap and, regardless of whether the cap iron is a regular type or a stay-set, you will find a compressed jam between the cap iron and the up-stand formed in the sole casting at the fore part of the plane. It’s good at this point to take a good look at what’s happened rather than just tugging the shavings away. By examination, you should be able to see exactly where the shaving jam began. 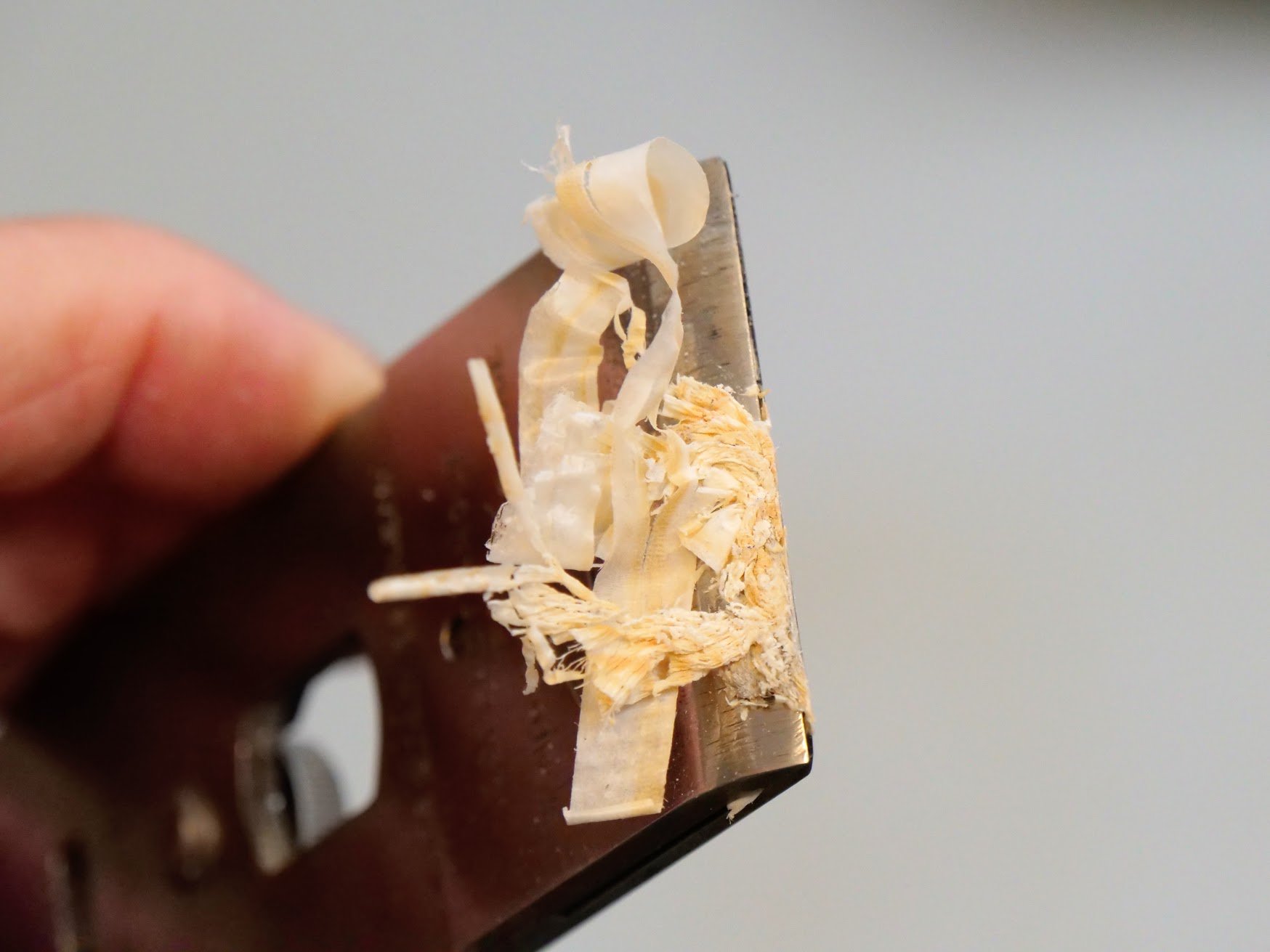 Remove the cap iron now and you will see the shavings in relation to the cutting iron and the cap iron. 99% of the time the leading edge of the cap iron is open. 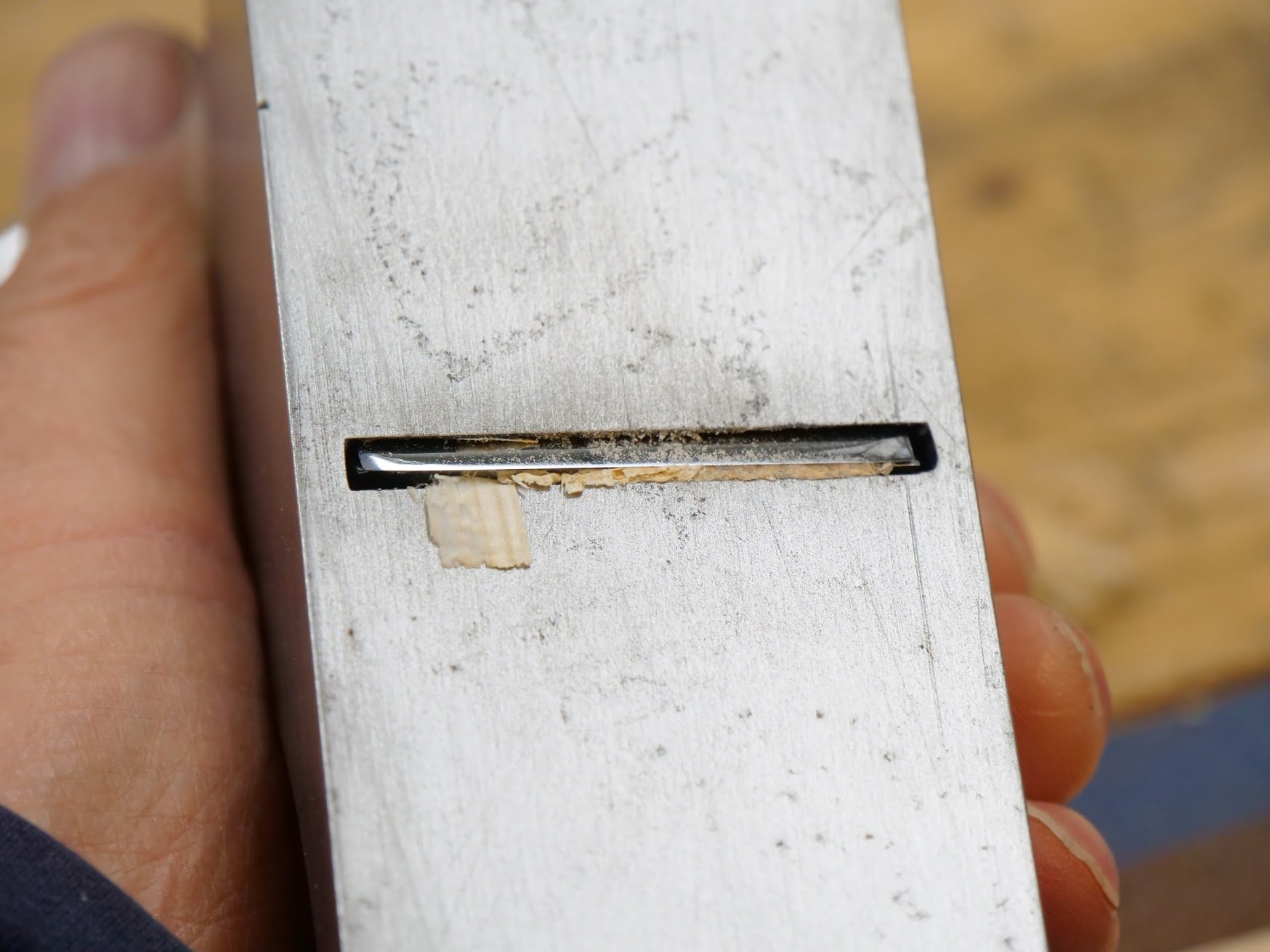 The jammed throat builds up pressure stroke by stroke. 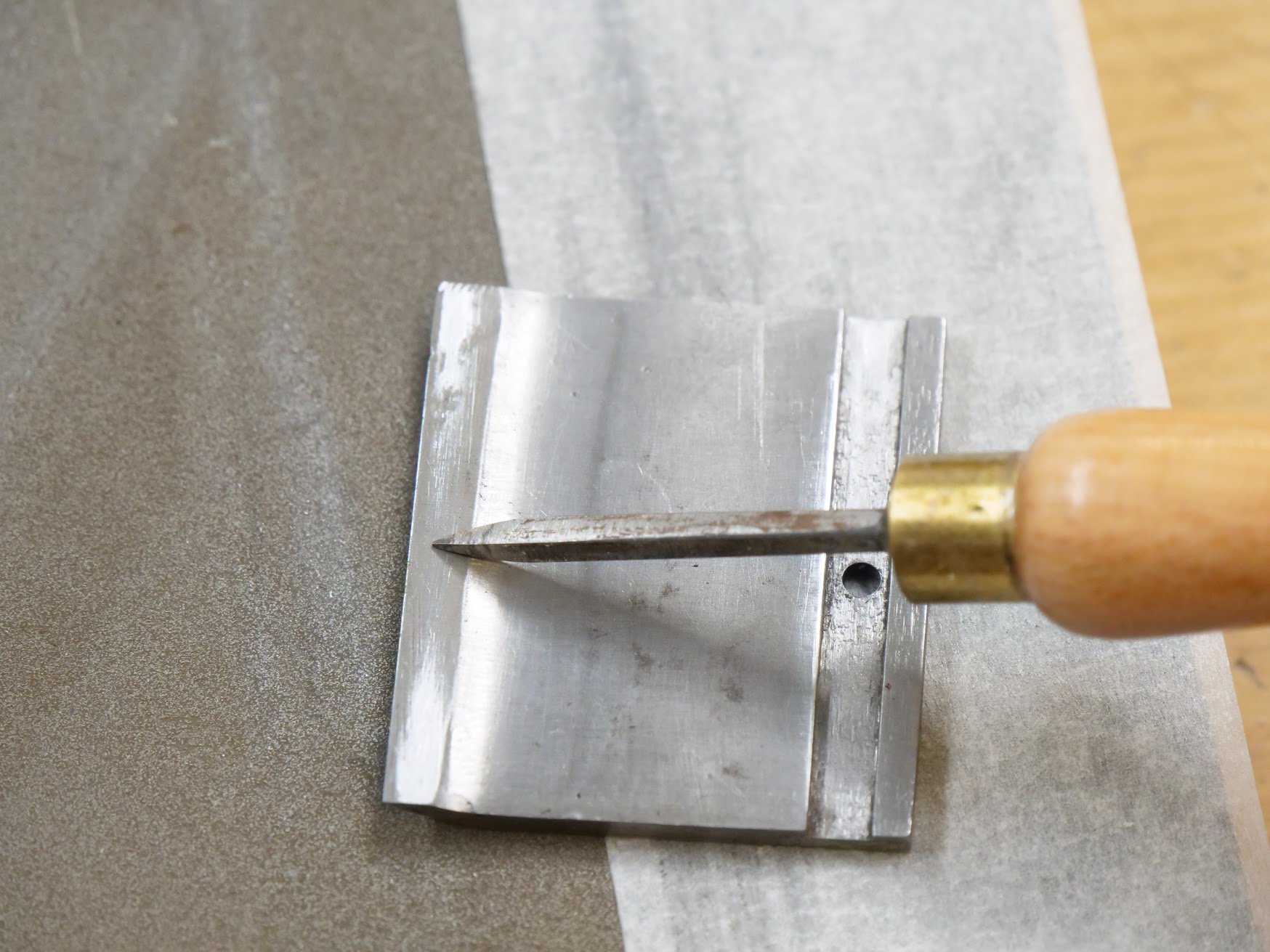 Shine to the flanks highlights the central hollow area to show where we need to abrade down to.

Even the very slightest opening here will result in a jam because the shavings always start from infinity and thicken as the shaving stroke progresses into the wood. 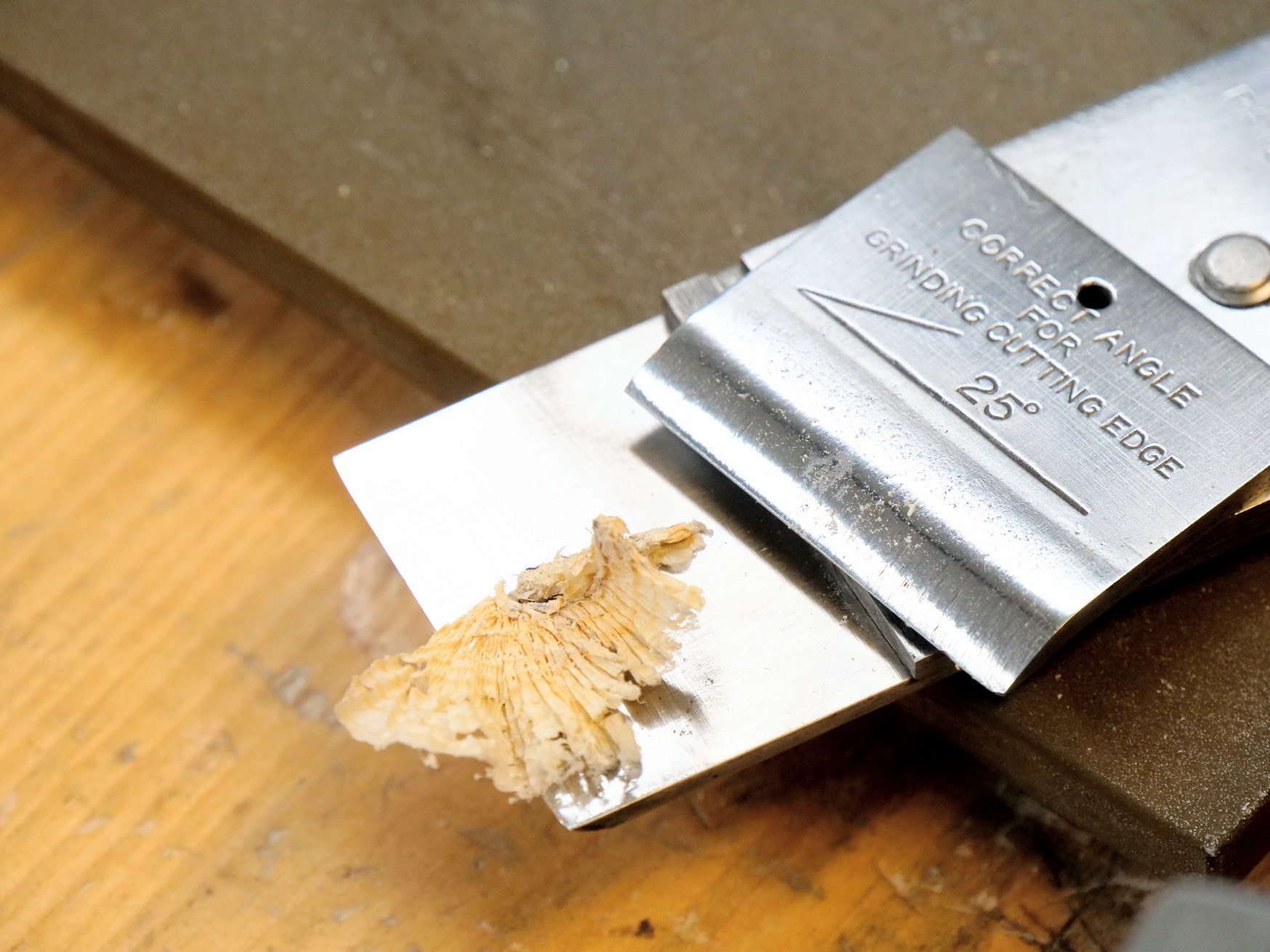 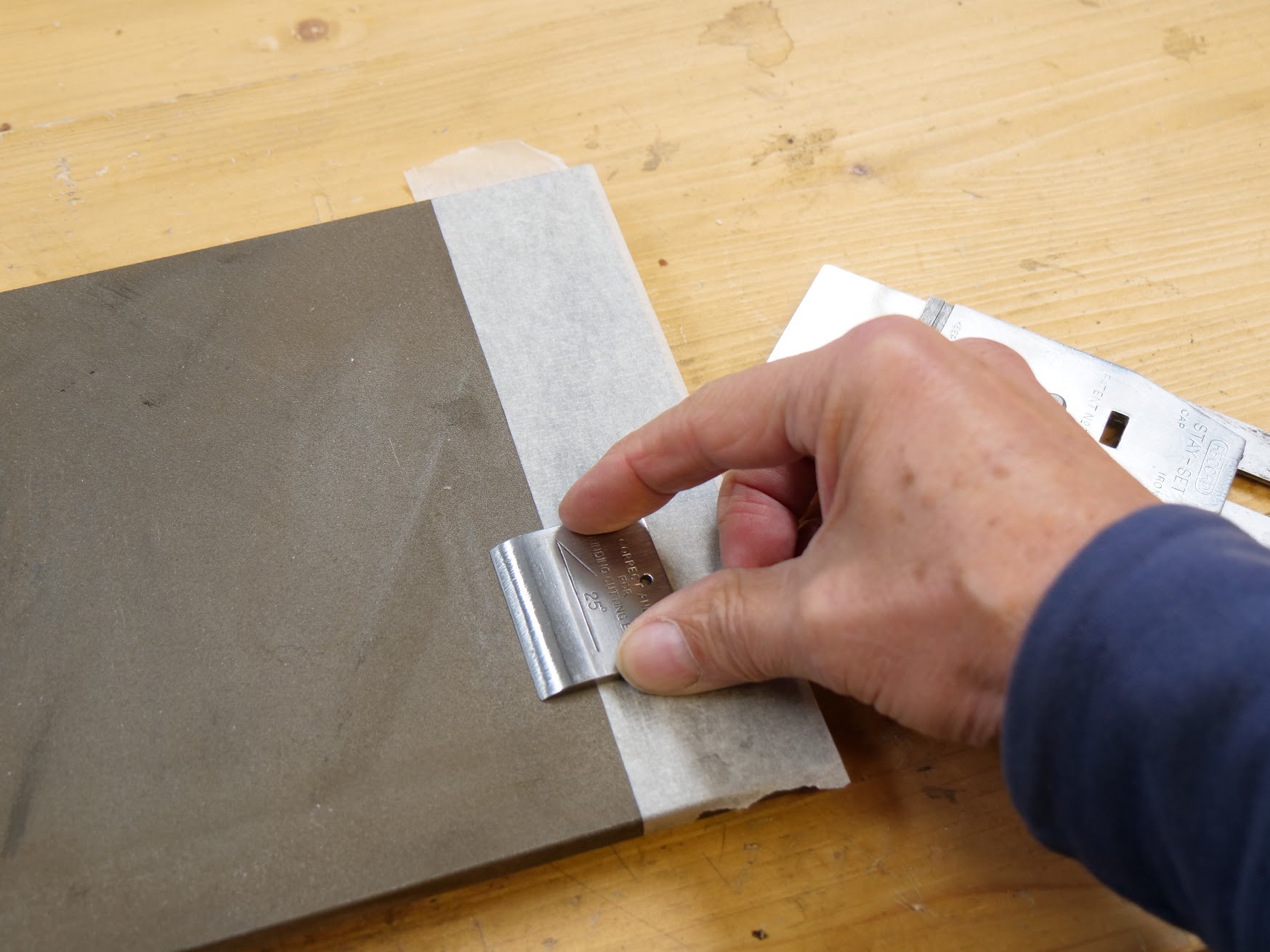 Rub back and forth and in one minute you have unity with the cutting iron.

This is always underestimated by new users and it is a common occurrence with new planes from both the Stanley and record stables of old. I can’t speak for new models but my experience tells me nothing has improved in the last sixty years by these British plane makers. 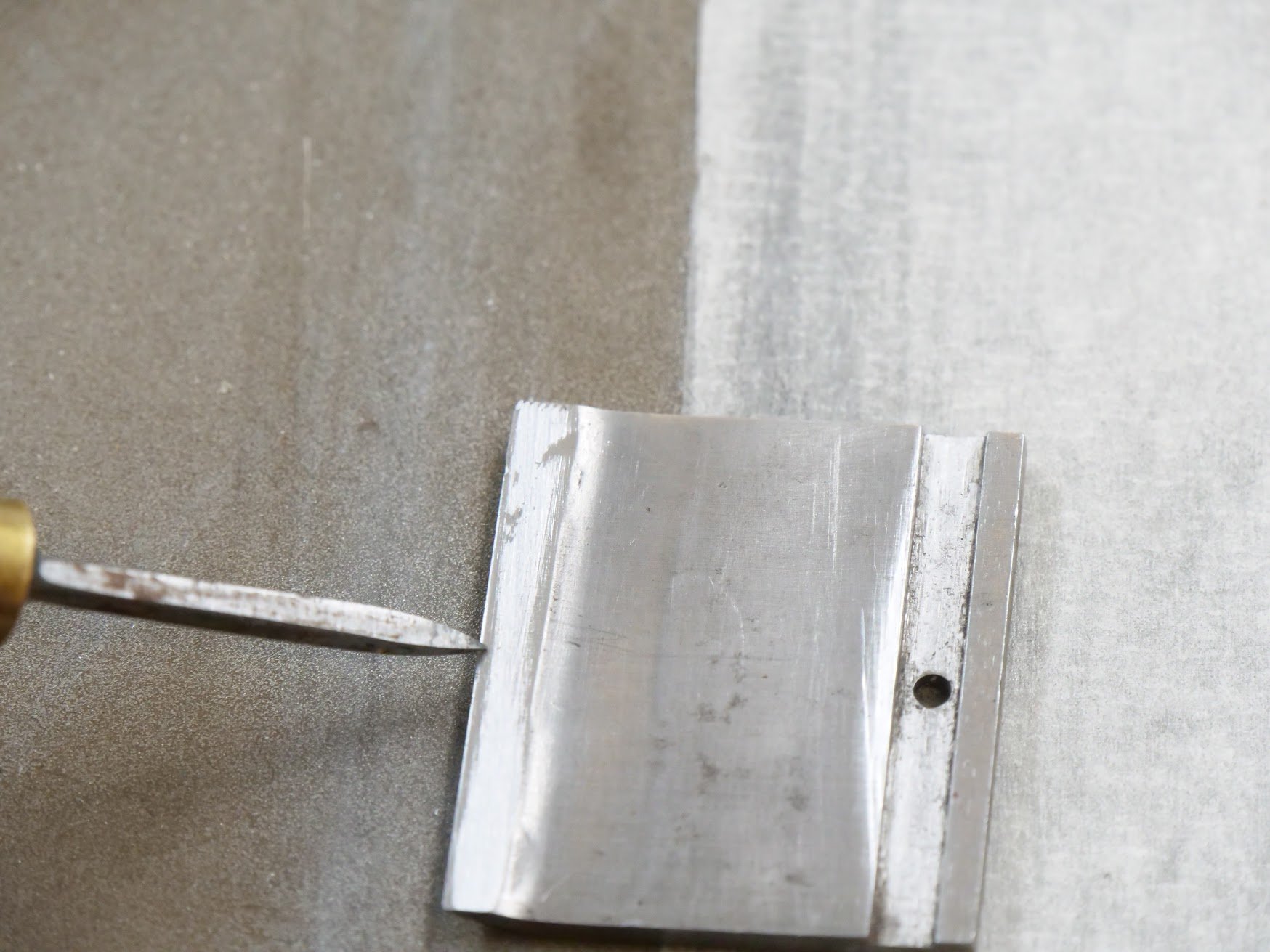 Almost there; get right up to the fore edge.

No matter the cap iron type, it’s a simple thing to flatten the underside of the cap iron on a flat surface. Here I am using a diamond plate but a file or abrasive paper will do the same. Rub back and forth if using stones or plates or abrasive paper on a  flat surface. Flip over to look for shine and this will reveal any hollow or bevel to the underside.

Keep going just enough to close off this inaccuracy when the cap iron marries back to the cutting iron. Reload into the plane body and make adjustments to the lever cap and the plane will whisk off shavings with the best of the rest.