As an enthusiast for hand plane work I do feel something of an exclusivist in that it seems the only alternative for much of the work is to crank up power planers and belt sanders, random orbit sanders and such. This then means chip extraction, dust syphoning to pull away the ever harmful excesses for air cleaning and then wearing protective gear to boot. Now don’t get me wrong, there is a place for all of that in the world of commerce be that for the large and small enterprise. I have used all of the above and might do still for some projects. No matter how you slice it though, the end result is not the same. The issue I see today is that so few people actually master the art ofd planing I speak of and use daily and I am talking about any and all hand planes be they moulding planes, rebate or rabbet planes, all the bench plane range or shoulder planes. 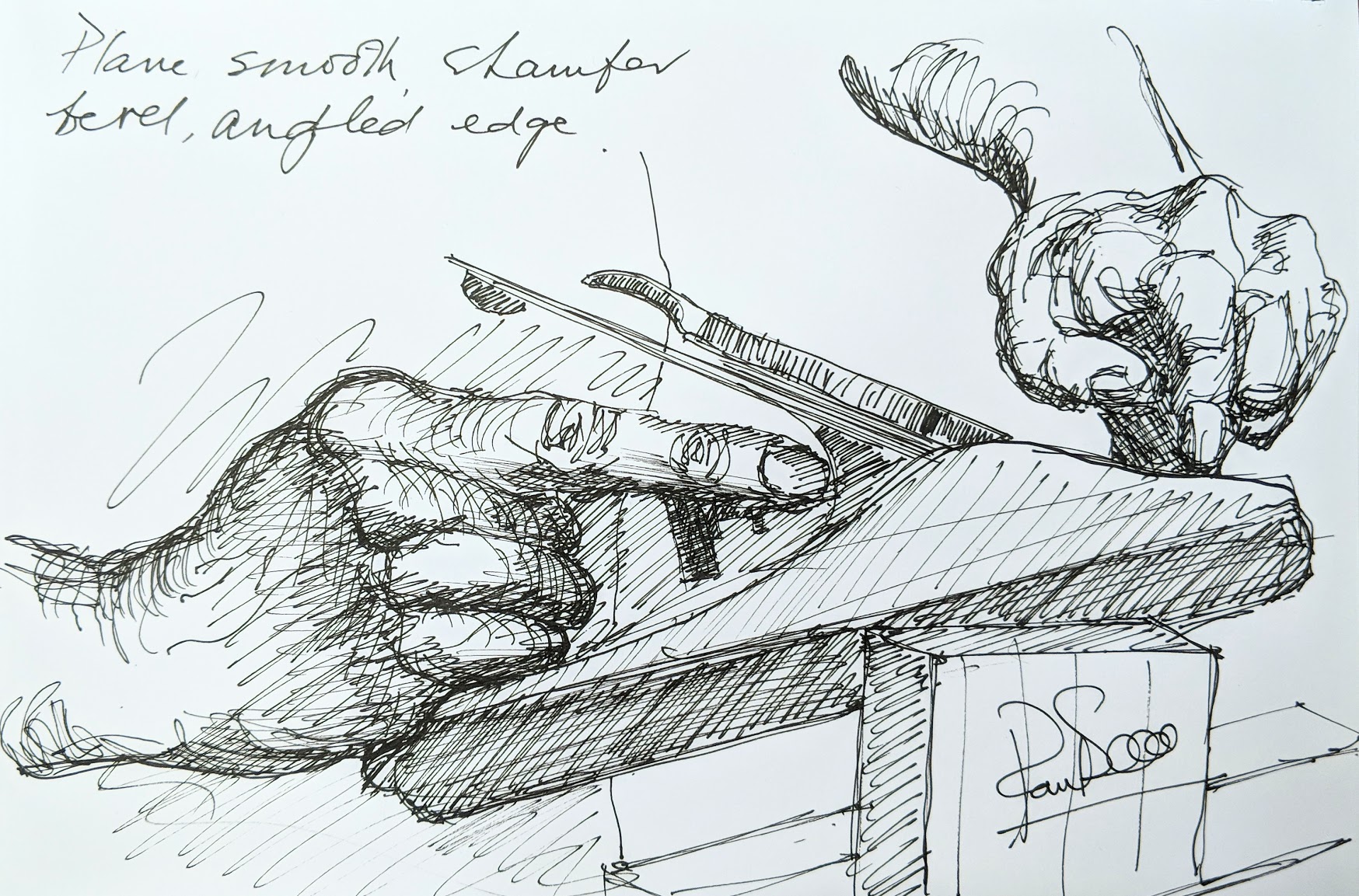 And it’s not a question of there being only one way and it’s mine. Not at all. the truth is that a well-tuned machine does give guaranteed straightness, flatness and squareness with that automatic parallelity you get from a thickness planer. It’s not that. What it is is the hand plane takes things to a new high and people, especially the professional woodworkers, miss the point. and they miss the point because the majority of professional woodworkers locked onto the machine and never had the opportunity to truly understand and seek to master the skills surrounding planing with hand planes. the only way many of the can relate to hand planes is to actually condemn them as being to slow, to inefficient and so on. People often tell me of talking to professional woodworkers who say, “You cannot survive in the real world using only hand tools, planes and such“. Whereas there may be truth in that for them, it’s certainly not true for all because not all want to survive in their version of what the real world is to them. That’s how it has been for me living and not just surviving in the real world but positively thriving. and that is how it is for most of the people I reach out to too. 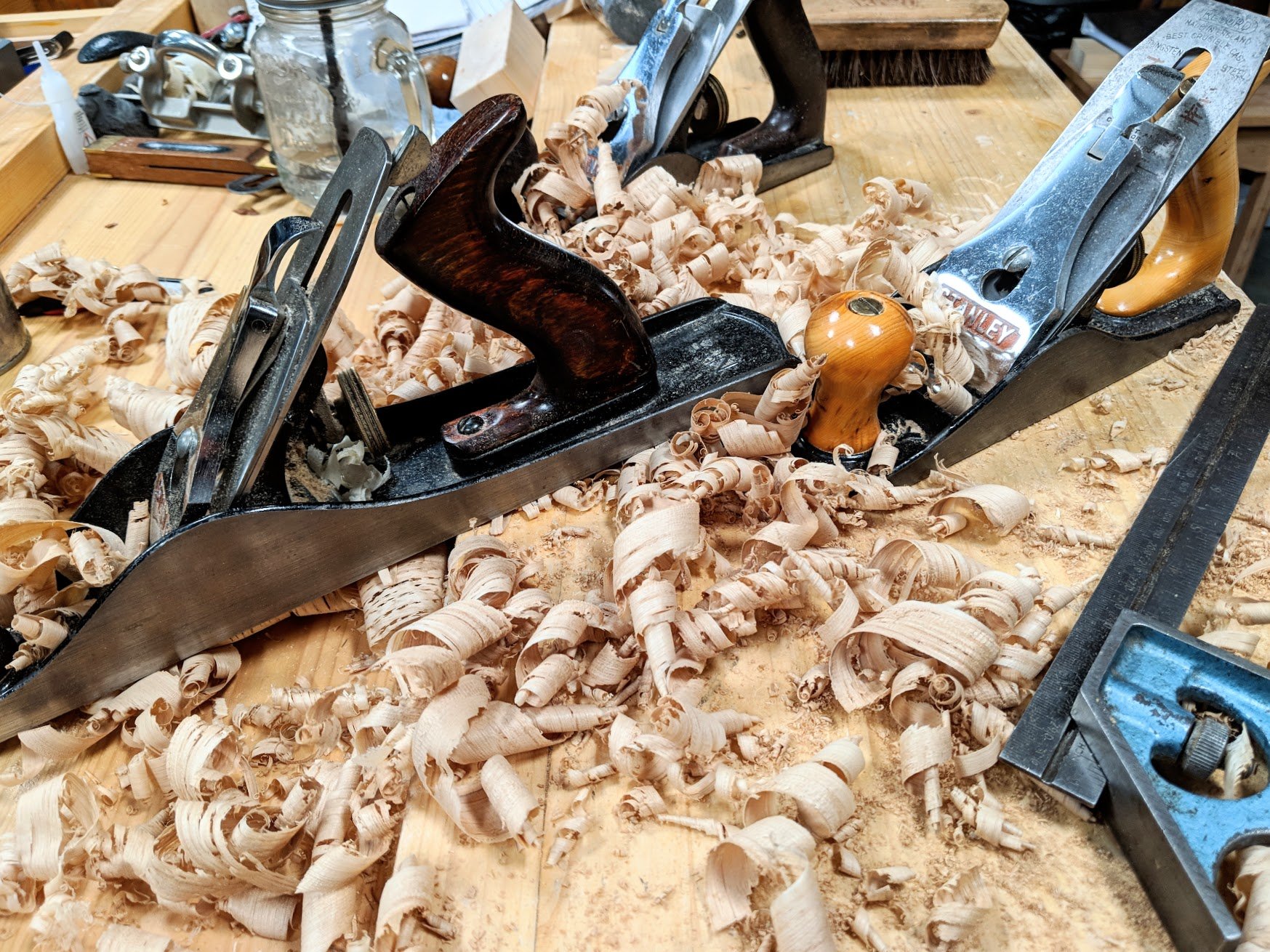 Planing and fitting, trimming and controlling cuts and reductions is amazingly accurate. I used my bandsaw to reduce larger sections of timber to smaller sizes and then some plywood ripped to width too. I swiped off the bandsaw marks and checked myself for square, width and thickness and found accuracy levels comparable to machine planed stock but with the improved condition of surface perfection requiring no further sanding to take out machine undulation. Of course there are times when the machine deals with criteria the hand plane might struggle with too, but try to remember the majority of woodworkers will never be able to own such equipment nor tie up valuable space to own such either. So when some call me an exclusivist I might admit to that but not because its exclusivism, more because in my life with my outreach and my audience what I offer is far more realistic that the alternative that would make woodworking more impossible for the much larger audience, the massive audience, the amateur woodworker. I think too that it should be said here that our research polling woodworkers shows the majority of woodworkers work from a small portion of their garage, a small shed or a spare room in the house. Hand planes and other related tools are ideal for those of us with minimal space. There are several other reasons for woodworkers who choose not to own or use machines, noise, danger considerations etc etc. 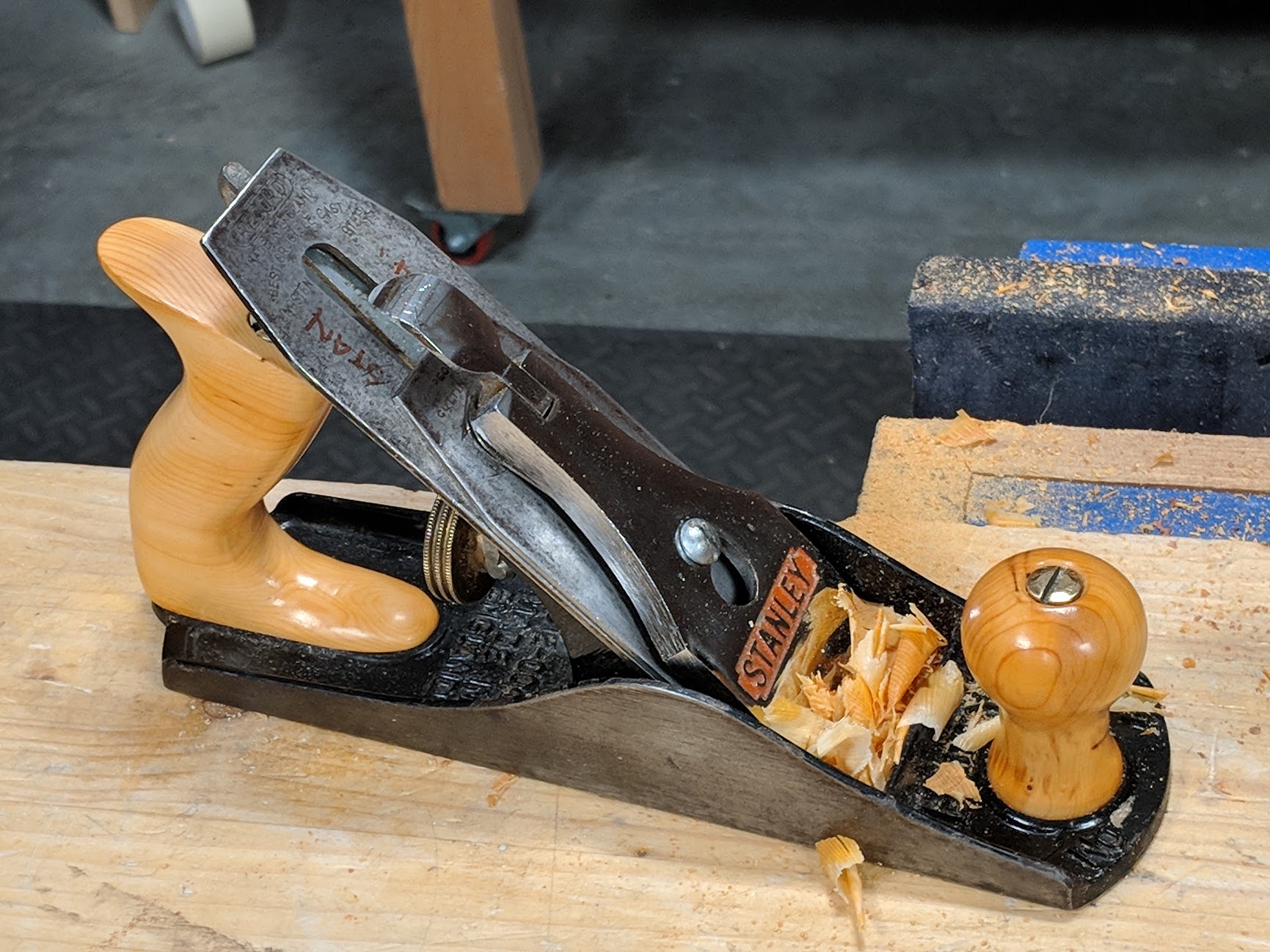 In my early days of writing for magazines I measured my success by their acceptance of my articles. Unfortunately the magazines used this to promote the sales of machines via advertisements by the ‘big boys’ so I stopped selling myself that way. I actually measure my success by being initially excluded but then being accepted in spite of being uninvited. When I used to travel the show circuit promoting hand tools the show owners would come to me and say, “You must stop saying you don’t need to use this machine or that one. All of the vendors are selling this stuff not hand tools.” I really try not be antagonistic but people get offended no matter how you might try. Standing by your convictions inevitably results in opposition and for whatever the dozen reasons you care to name. Mostly it is far from true but I do believe strongly that machine methods for working wood are merely mechanical alternatives rather than the better way. For me woodworking with hand tools is the art and craft of engagement in a radically different way. 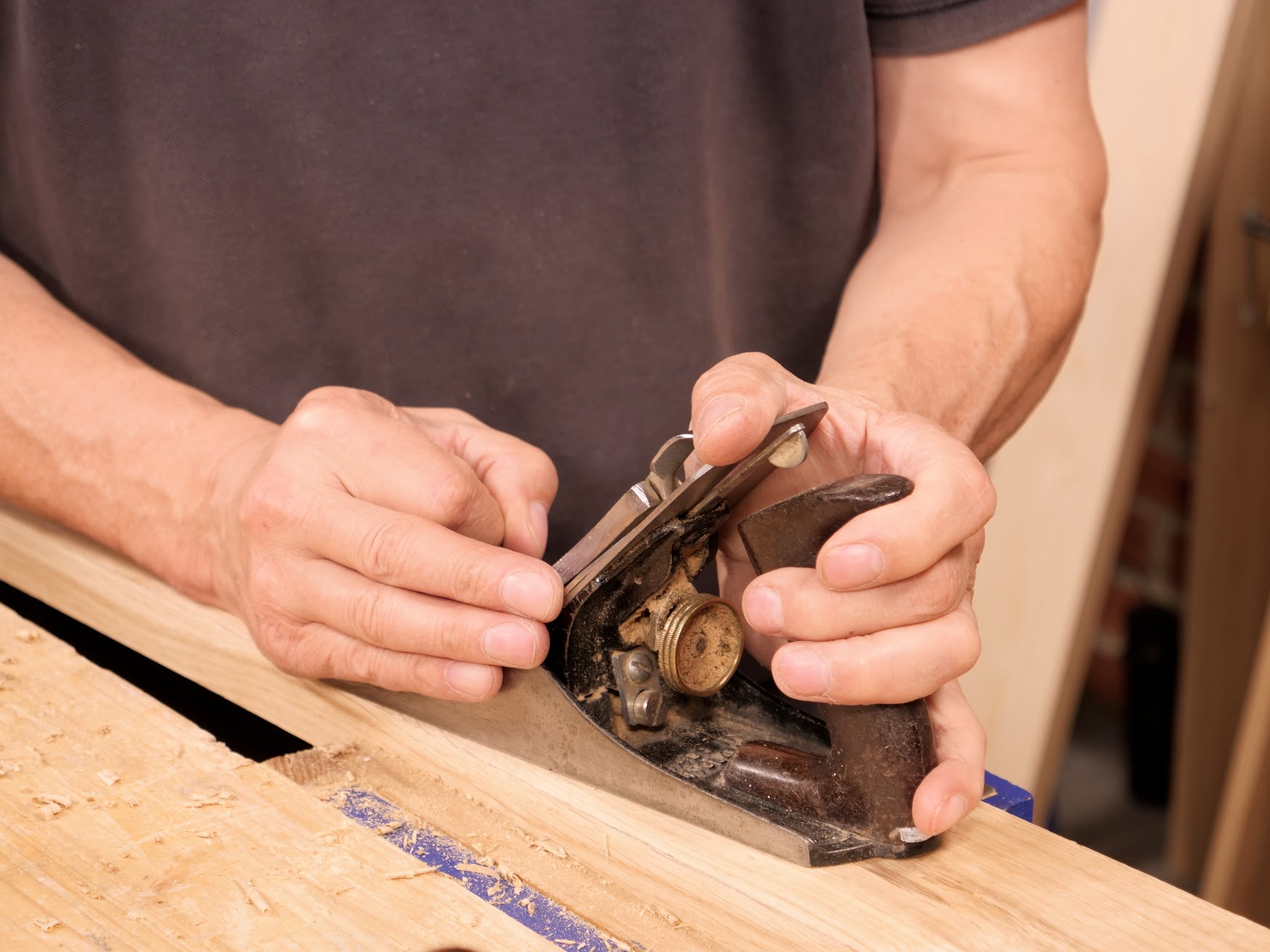 Holding out to holding you own

I have fought much opposition through the past there decades, primarily because of perceived threats that were unreal and untrue. I just know how fulfilled I felt after planing all of the oak and the pine components for two baby cots recently. About 100 hundred pieces in all. There is no doubt that planing becomes the simplest of tasks once the skill of handling becomes as second nature to you as signing your name. When you once make your mind up to engage with planes, understand their ways, master them through longer term use, you enter spheres you might only have ever dreamed of in the distance of your mind. When it come to hand planing I thought you might like to hear the reality that there are many ways to hold the plane; all are highly effective. But when it comes to an initial introduction, don’t copy the carpenters van sign depicting the man’s handholds in a bulldog grip of flexing arm muscle and high-handed fist grips. Planing is not at all a wrestling event though it is high demand compared to machining. A well set, well sharpened plane will always cut no matter the wood and it will always pull itself to task as you follow through sensitively, micro-adjusting the plane minute by minute to make turns that engage with the fibre’s shift in direction below. It is also a question of adjusting your own attitude too. Remember that!

Plane holding up next!

43 thoughts on “Seeing the Art in Hand Planing—Part I”