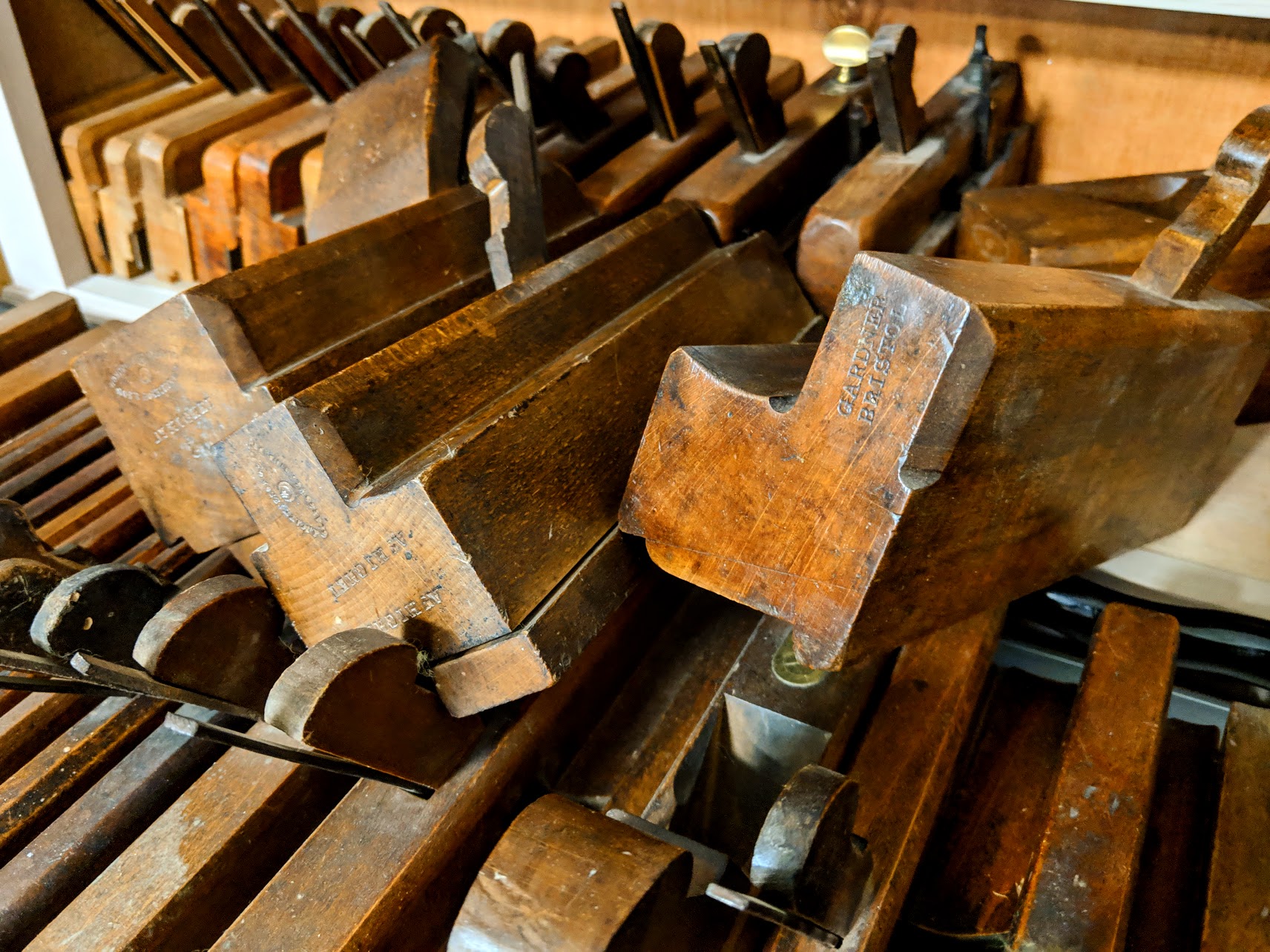 I’ve gathered some tools to my bosom over the years. Special ones in some cases, some simply beautiful in art form and then those that will never be made again. Some are more rare than good looking or even particularly old. I do like the rarer ones though. I’m not interested in collecting for collecting’s sake as such. But then again I suppose I do have one or two that pique my interest, the ones where a wooden plane maker used their long-term name to enter the cast metal arena and perhaps didn’t quite have enough remaining oomph to compete with Stanley and Record or perhaps the Prestons and Tyzacks. 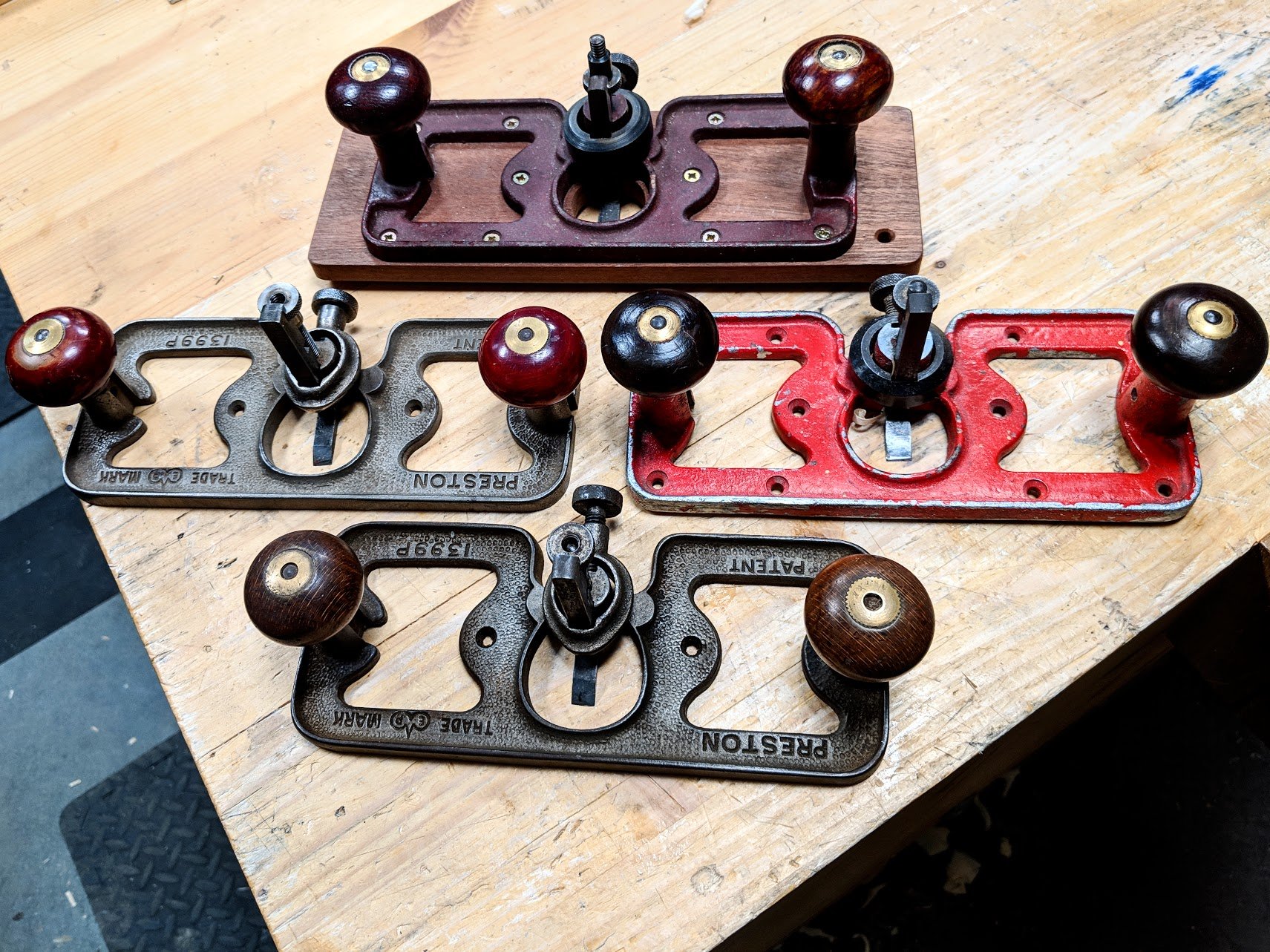 The Preston-style router plane made also for Tyzack do not necessarily work much if any better than a Stanley, a Record, or for that matter Lie Nielsen or Veritas, at the end of the day. They just have slightly longer soles and additional blade relocation positions if needed that’s all. Add a wooden one and you have equality. 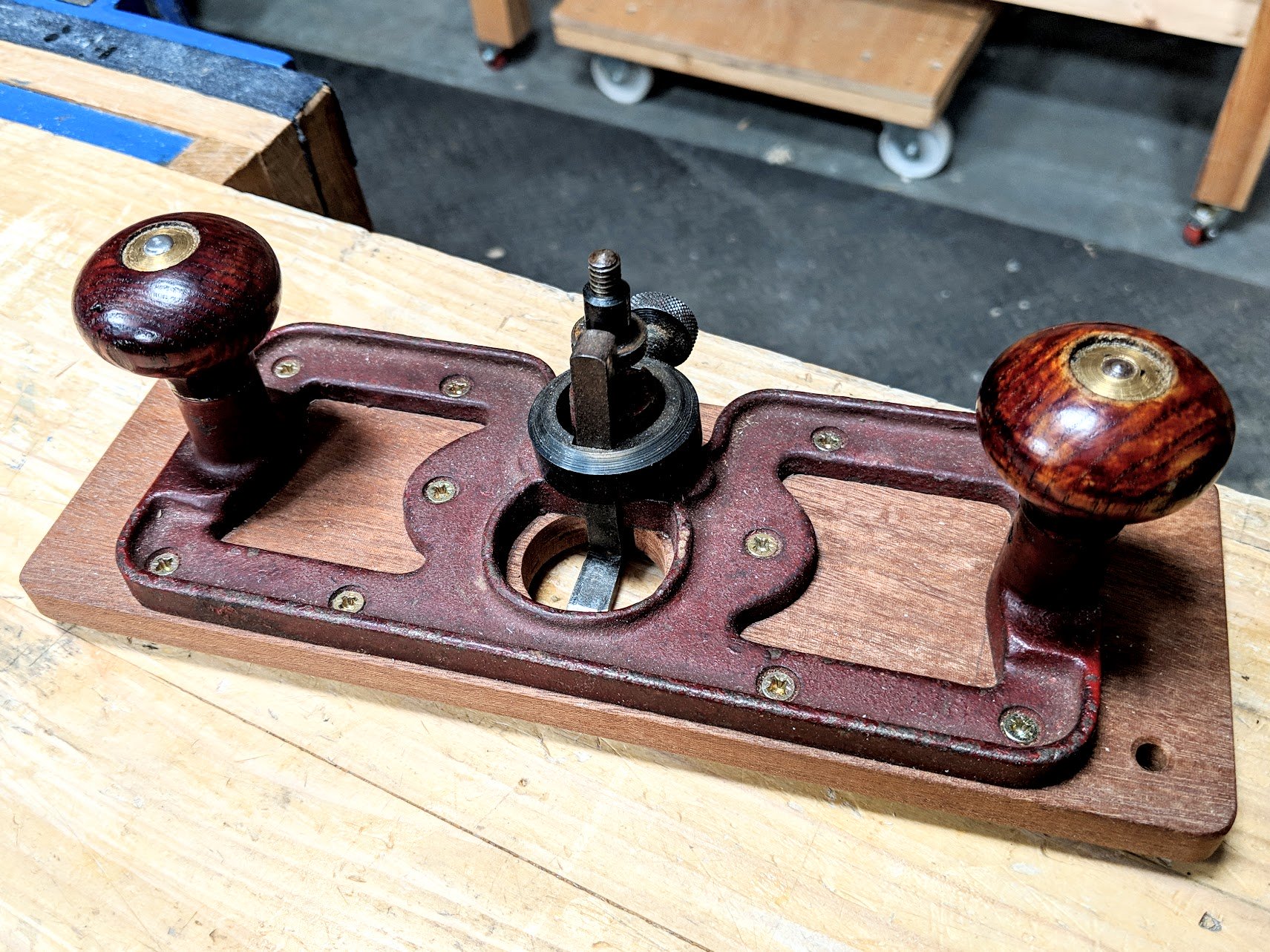 Regular position on a wooden sole

The Veritas router version copied the Stanley/Record router types  71 by placing the blade into the vee post for guaranteed vertical alignment and, more importantly, a more secure mechanical securement of the blade/cutter that doesn’t come loose as with square-on fastenings. 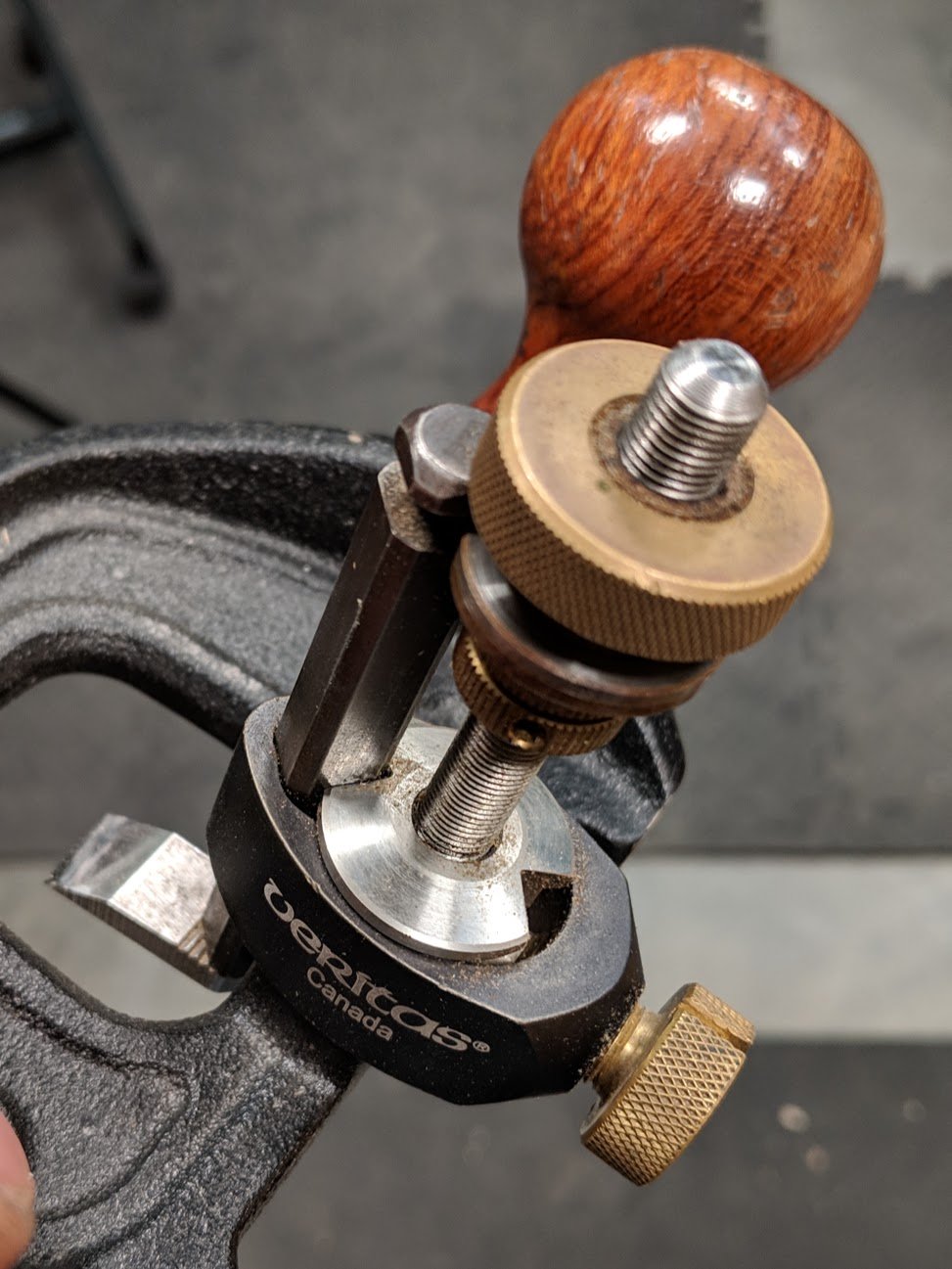 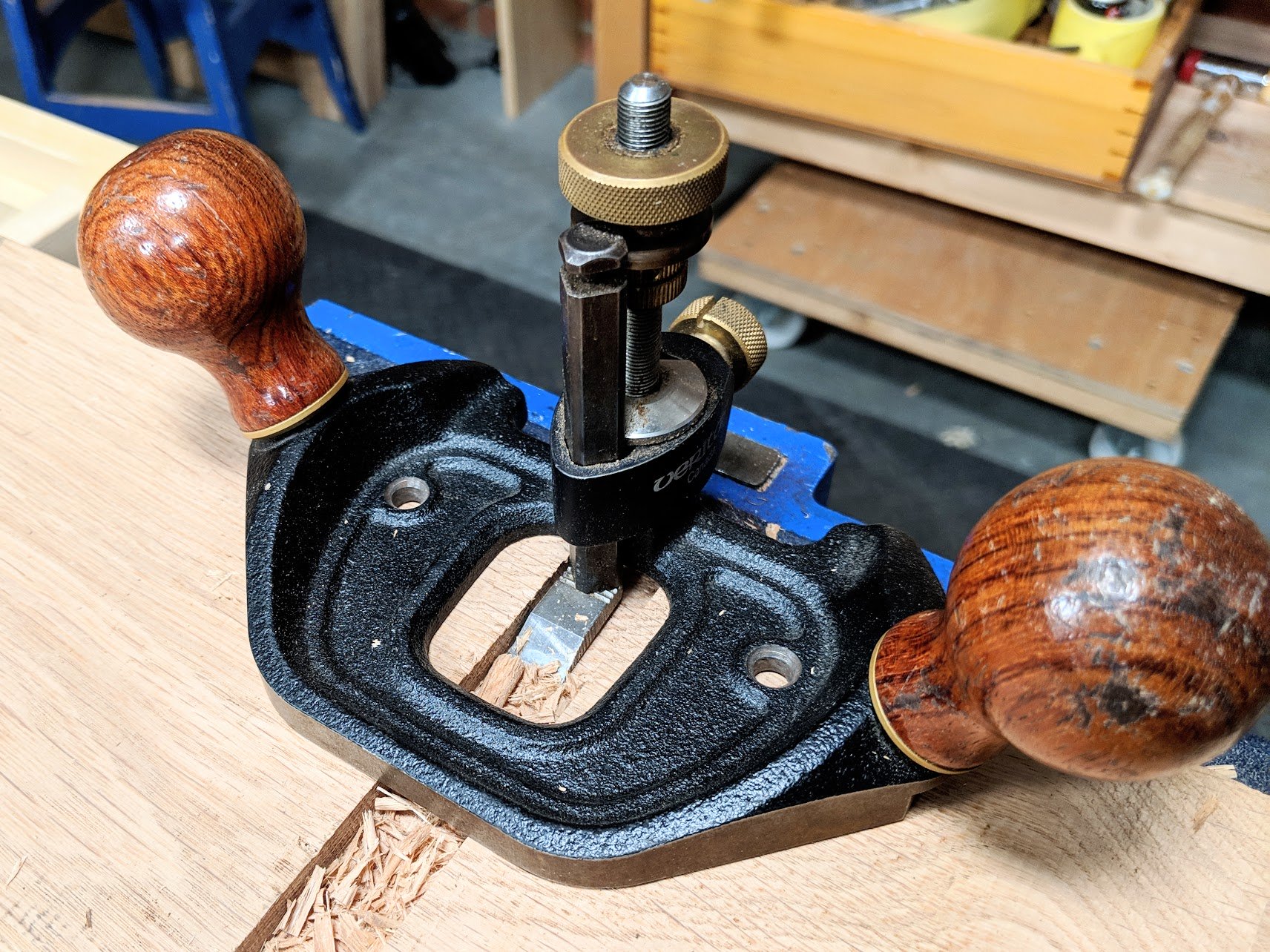 I own them and use them more because I might just prefer the openness of the platen of the Preston type. That said, attaching the wooden sole negates that open aspect benefit if indeed it is a true benefit. That’s why you see me with two of them, one with wooden sole and the other without. A real luxury now that that they have quadrupled in price. 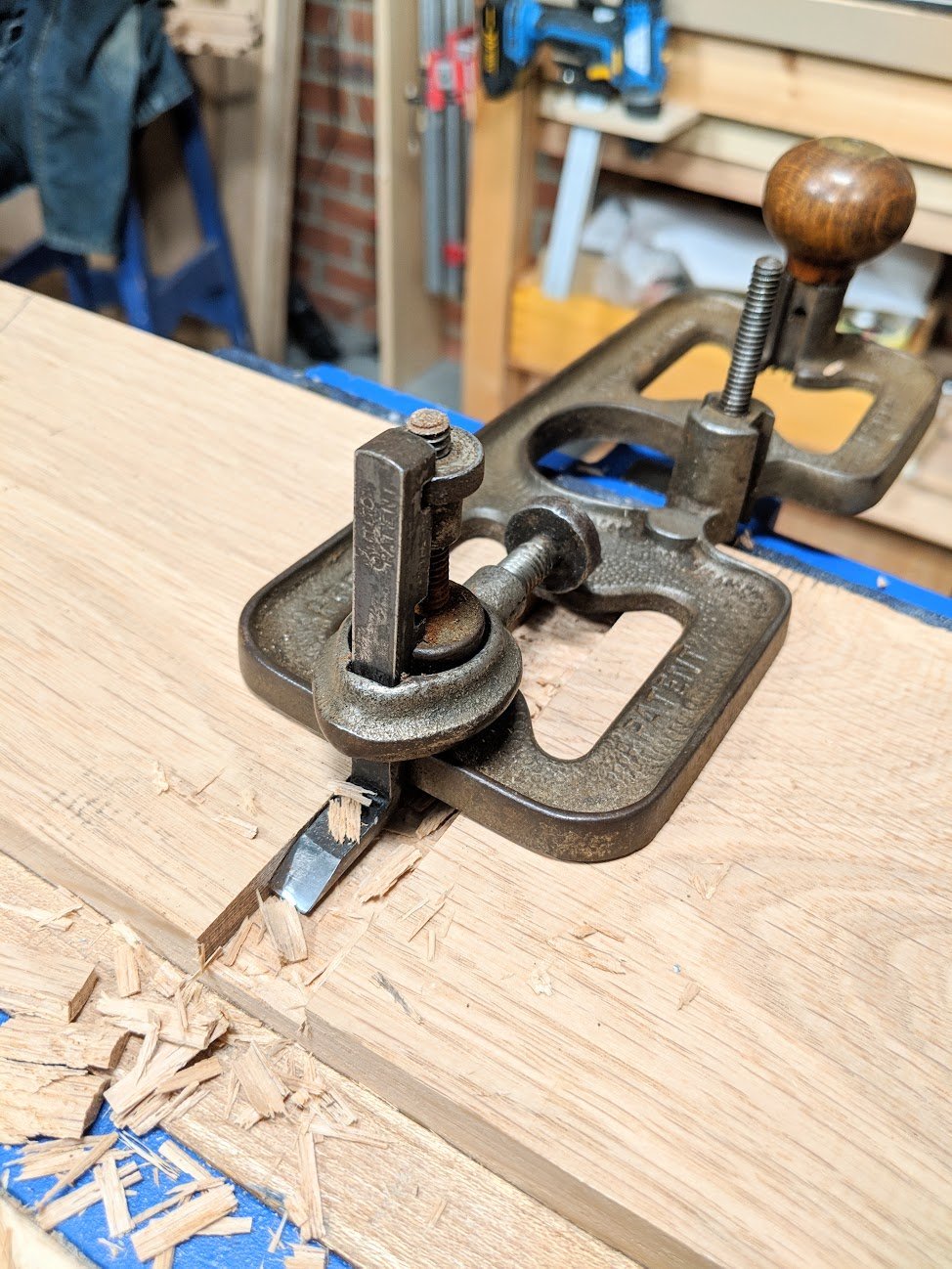 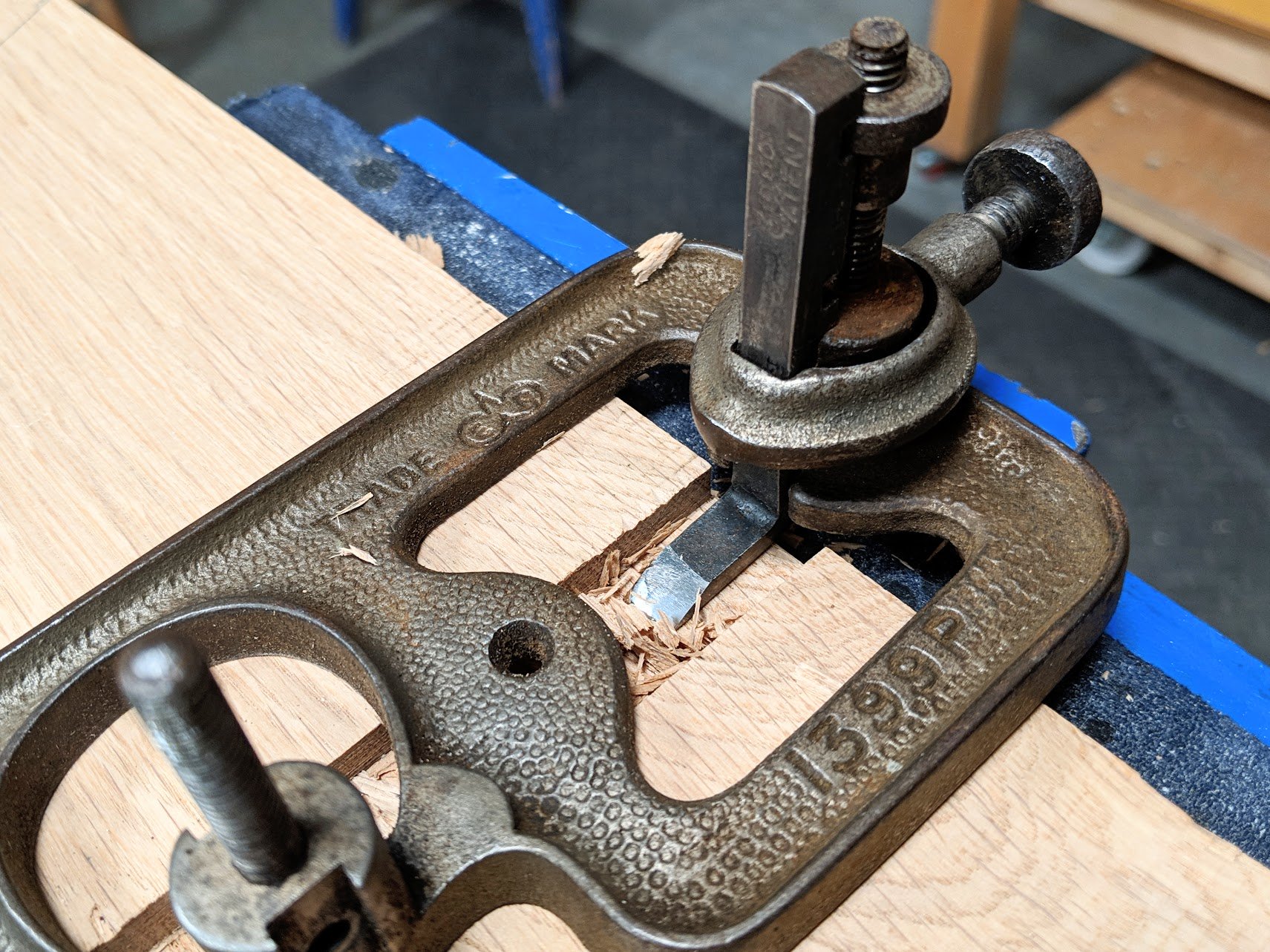 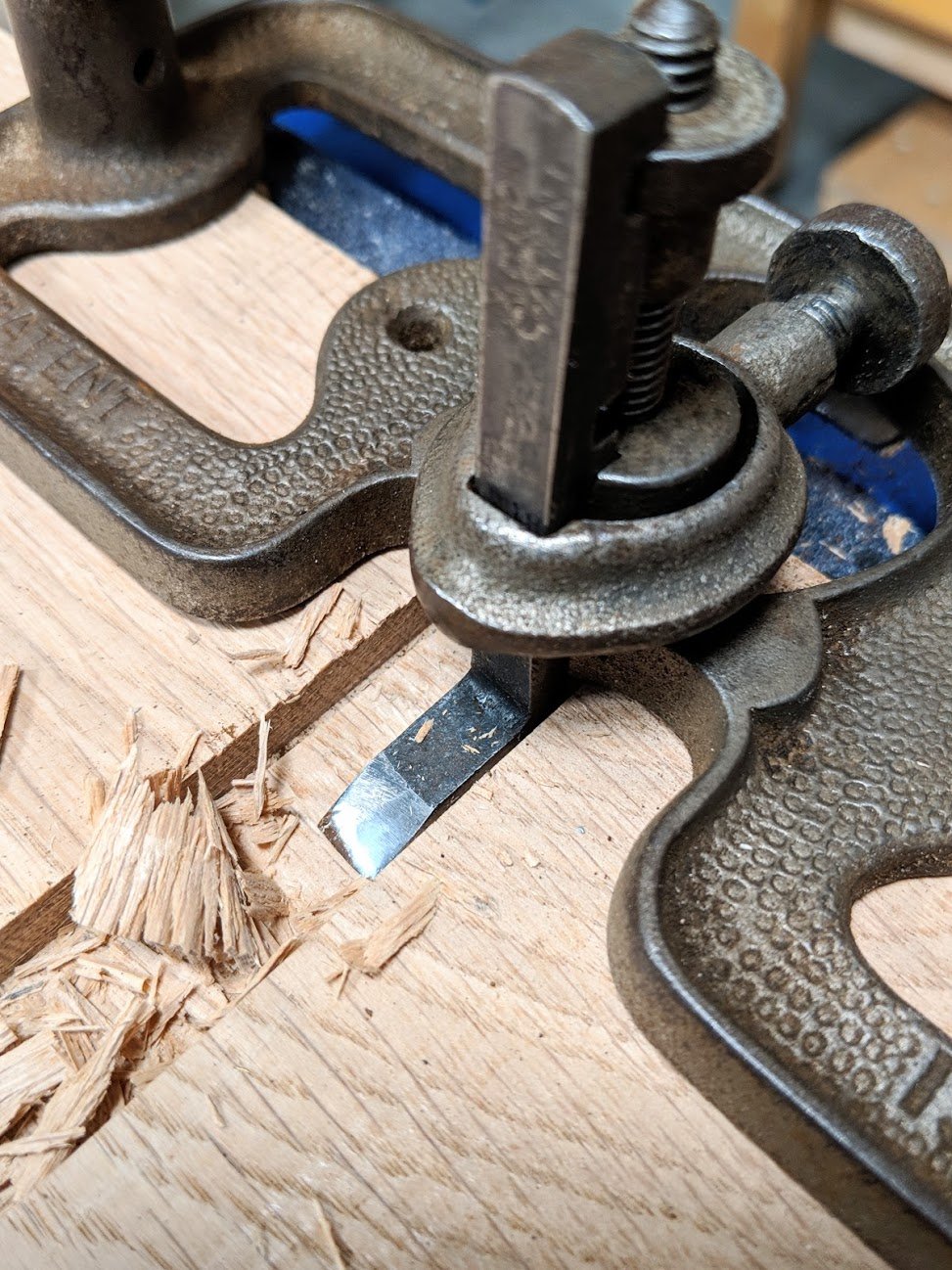 A few years ago I bought my first I Sorby jack plane. I bought it because it was such a  rarity that I had never seen one in my life, let alone after years of buying via eBay. I bought it for a song and I have bought others since . I have not seen another 5 1/2 jack like the one I bought. I really love this plane and a few years after my purchase John Winter, my then apprentice, saw one on eBay and bought it. Such is the scarcity. I have not seen one since. These are my collection of the same stable. 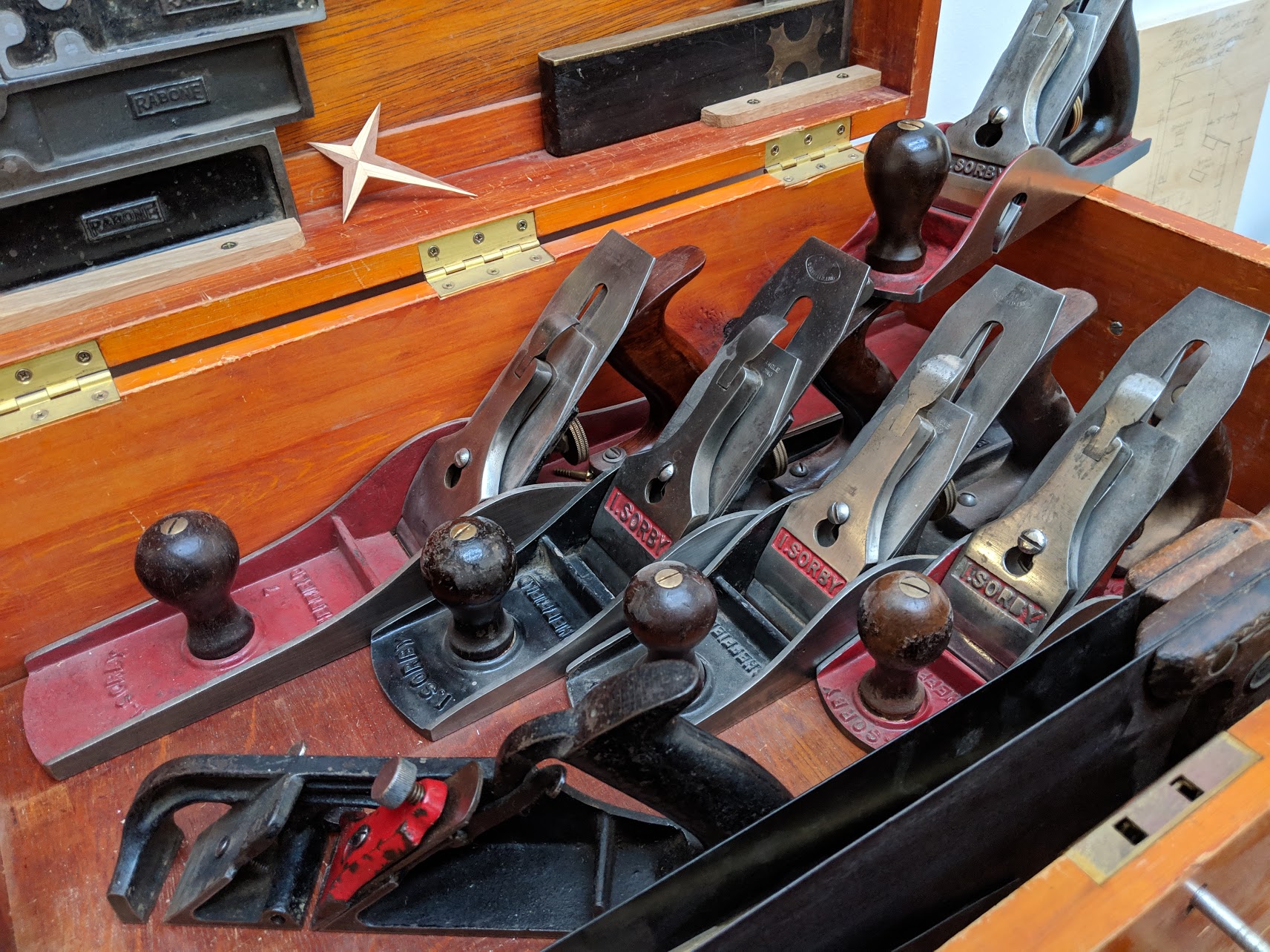 My rare I Sorby planes

I also like the Woden planes too. They were well made and more robust than either Record or Stanley and fewer more solid. Now these are not rare but less known and still very much available on eBay. Buy while you can. 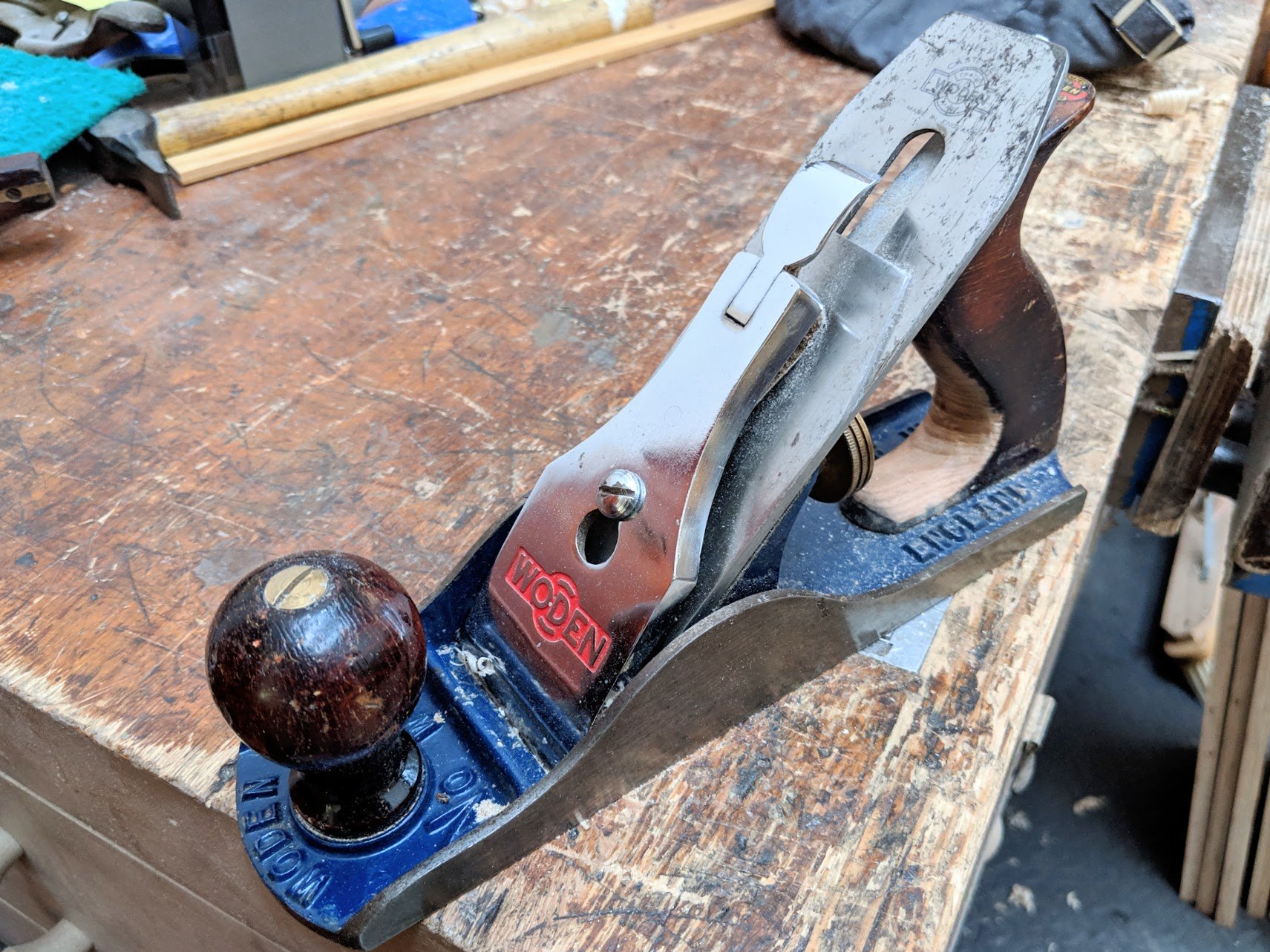 Not rare but nice. I am reshaping this handle to fit my hand.

They will disappear in the future I am sure. I have all of the ones they ever made too. The handles always need reworking. It’s funny that people with large hands always say they need a larger handle when reality tells me you must make the existing handle smaller to make room for the hand in the limited space twixt tote and adjusters. I always wondered why they didn’t make the planes 10% bigger all over. I have large hands but fat-free ones—hillocks of muscle not hummocks of pudginess!

Oh, and all of the above just got rarer and doubled in price!