George leaned over the bench to get my attention, jerking his head to one side and slightly back to make sure I understood. “It’s brew time!” he said. The clocking in clock was wrong and I was behind time. In one minute there would be a cry from the men and I would be given a dog’s life for a week. A late brew was the unforgivable no-no. Thankfully the mugs were all washed and ready on the tray from yesterday. The water was always on the boil and ~I could move fast. I ran to the brew shed and filled all the mugs with hot water. I was three minutes late and so the tirade began. It wasn’t the older craftsmen making the noise but the juniors and the apprentices higher up the line than me. Such is the way of the trade. I took it on the chin and George defended me. It was my first time for being late with the tea. No one drank coffee back then. Not workmen anyway. 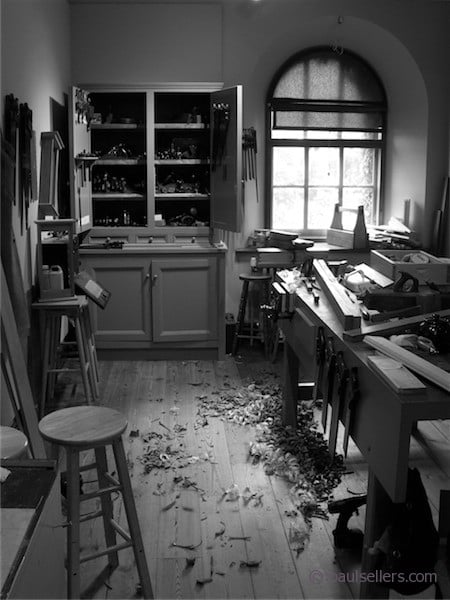 I had been given 50 oak doors to assemble, glue and clamp. We had a large scissor press clamp that operated on a treadle mechanism. It was made of cast iron with a platten and adjustable jaws that held the door stiles and clamped anything parallel up to eight feet long. Winding a mechanism adjusted the jaws for different widths. To clamp was a question of pressing the treadle and to release the mechanism you simply lifted the spring-loaded treadle and it popped up, releasing the jaws on the frame being clamped. The work seemed to be going well and doors were stacked up on the pallet. For a young apprentice as skinny as a lath I found the weight of the doors hard work. Help wasn’t very forthcoming and I muscled and muddled through as best I could. Looking back now `i am glad for the lone work I did. I grew quickly in both strength and stature but then too in perseverance under duress. One of my apprentices called me just after Christmas to tell me of his progress to date. He said one of the things that was missing from his younger life and something he found important to him now was the camaraderie of working with mature men as he matured to adulthood. He realised that he had not had such a thing because he continued his schooling with other students. Since then he had worked in new environments where it was other men who challenged his way of working. 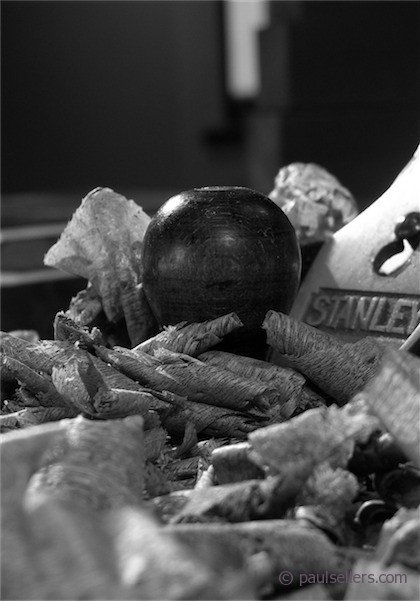 It was more that going to university meant there was no manual working environment with mature adults governing the output of younger men. I reflected on the contrast between him and me. Made me thankful for manhood and men working together. Throughout my life I have experienced a certain type of drive that propels a project through to completion. A timber-framed structure for a home or an office, working with men as a group on a piece of furniture, a house build and so on. There is something about that that cannot be replicated in any other sphere and so I was able to say that this was truly magical. It wasn’t so much children causing other children to mature, students to students and such. It was men fulfilling their obligation to bring teen-aged workers to maturity. By the time I was 18 I was a mature man taking on the responsibilities to make 50 doors for customers. There were things about my apprenticing that were inappropriate but then there were things like men training men that has somehow become less and less. Academics mostly never saw it, knew it, truly understood it from the insider point of view. Mostly it was about developing character.

20 thoughts on “George and Maturing Men”