It’s good to be home. This time yesterday I boarded my plane from Albany New York. Today I just finished supper with my family at home. 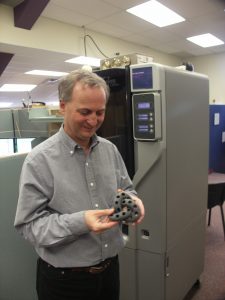 On the second day of my Veritas visit I went through the engineering manufactory, which was really quite a treat. After my tour we went to the R&D upstairs and Rick Blaiklock who heads the team of designers in research and development before the ideas become production reality with Les Lamarche in manufacturing.

This is Rick standing in front of a machine that creates prototype components from plastic. This takes an idea from concept to create the physical three-dimensional representation so parts can be fitted together and handled.

Terry Saunders whom I have known for some years has a string of successes to his name and brings solid product to market every time. I use his planes for much of my work and he has a great working knowledge in a seemingly endless range for woodworking and engineering aspects. Looking at the creative sphere this department brings to Lee Valley Veritas I see unlimited possibilities for such creative engineering brilliance so until now I have often wondered how a product comes to a production model. 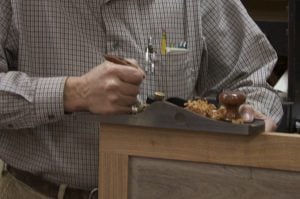 Being R&D I felt the constraints in guarding the contents of the department including equipment prototype components and concluded designs, but seeing the design software used so expertly made me conscious of the mastery of Steve Jones and Terry Saunders and many others supporting the work during my visit. Terry has been the lead designer on the majority of planes; some of Terry’s notable projects include the low-angle jack, and more recently the plow plane, skew block and skew rabbet.

This Veritas could be the most comfortable saw you ever use. It could be the only one that has absolutely fit my hand perfectly. 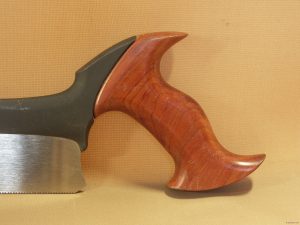 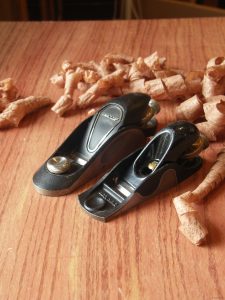 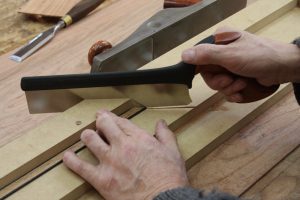 I don’t know of the full range of products Steve has brought to market but the incredible new range of block planes and the Veritas line of tenon saws belong to Steve. I come from a different tack than most reviewers in many ways in that I don’t provide a full review until I have had the tools in full use for a minimum of two years. I used most of the planes above when I worked on my designs for the White House pieces in 2008/9. I cut the veneers with the fine-toothed dovetail saw and trimmed the edges with the low-angle jacks and also the block plane. They worked so superbly I reached for them over all others.

This is handmade inlay I made from the oak tree limb that snapped from the Harrison Oak in the grounds of the White House. It’s flanked each side with ebony. President Harrison planted this tree and it still stands on the right hand side of the White House as you face it.